Ex-Royal Marine, 33, who lost an arm and a leg in Afghanistan and suffers flashbacks and phantom pain has been denied a blue badge by local council for 13 years – because he is ‘not disabled enough’

An ex-Royal Marine who lost an arm and a leg in Afghanistan has been denied a blue parking badge by his local council – because he is ‘not disabled enough’.

Ben McBean, 33, had his permit stripped by Plymouth Council in 2009 when workers saw him running the London Marathon on his prosthetic legs.

They would not hand it back to him despite the veteran losing an arm and a leg to a landmine in Helmand province, Afghanistan, in 2008, when he was just 20.

The father of two was flown back from the war with the Prince Harry, who later said the ex-soldier was ‘a hero’. 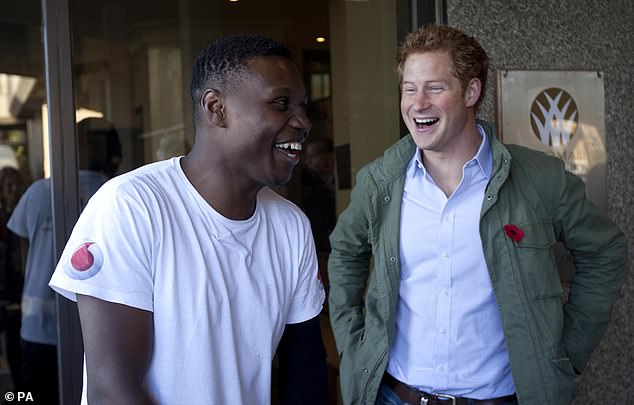 Ben McBean (pictured with prince Harry in 2014), 33, had his permit stripped by Plymouth Council in 2009 when workers saw him running a marathon on his prosthetic legs 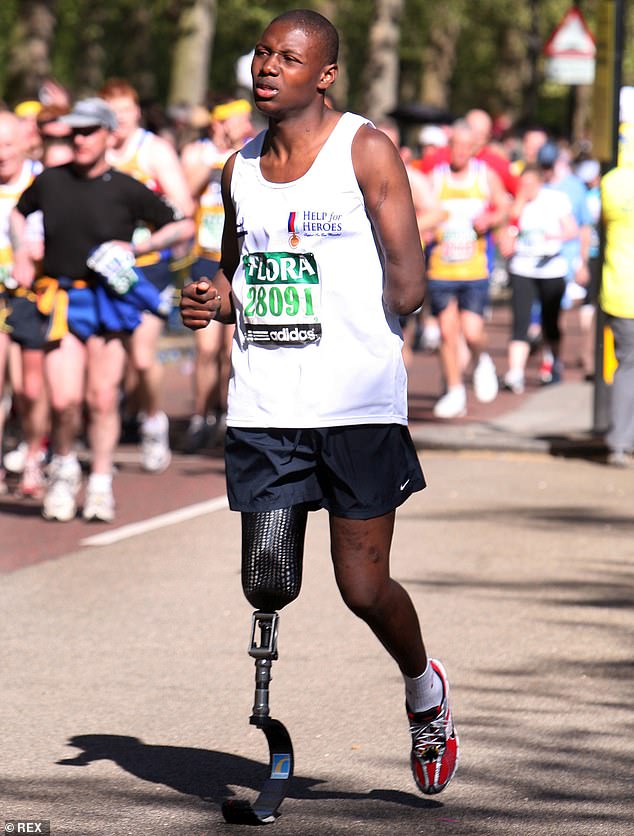 The council would not hand it back to him despite the veteran (pictured running the London Marathon in 2009) losing an arm and a leg to a landmine in Helmand province, Afghanistan, in 2008, when he was just 20

Mr McBean wrote on Twitter: ‘Lost two limbs in Afghan 08! Ran the London marathon in 09! Council took my disability badge off me because I ran.

’13yrs later I’m in the same boat. Frustrating now as sometimes even though I hate to admit it. I could use it here and there just to help me out a bit. Idiots!’

He added: ‘I was having a phantom pain-riddled couple of days and it can cause flashbacks, so I don’t sleep.

‘Tired, I posted just one of the many annoying things I experience. I will apply again.’ 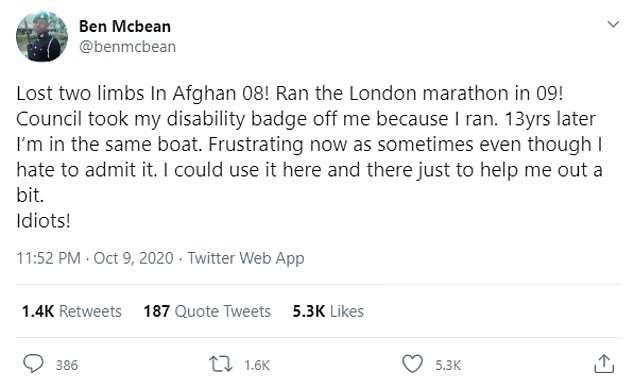 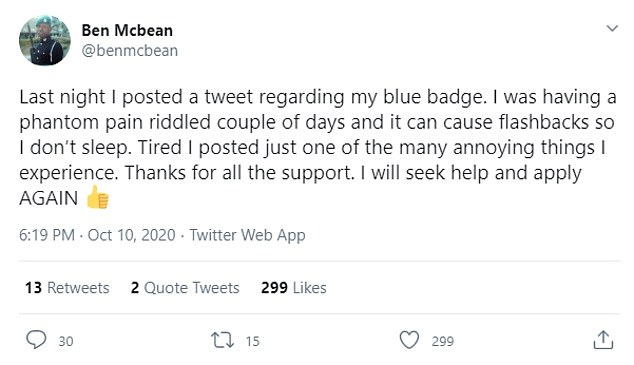 Mr McBean’s local MP Johnny Mercer, who is also the veterans minister, asked him ‘which council’ and offered to help.

The Veterans Charity added: ‘@plymouthcc This is an absurd situation. Please issue Ben with the obviously needed and entitled Blue Badge.’

Mr McBean first met Prince Harry in 2008 when the badly injured soldier was repatriated to the UK on the same plane that was taking the Duke home.

The royal dubbed him a ‘hero’ after learning that he had lost his left arm and right leg in an IED blast.

Doctors had feared Mr McBean might die from his injuries but the former commando recovered and now has a prosthetic leg.

In 2014 Prince Harry cheered him on as he completed a gruelling 31-mile run on behalf of the Poppy Appeal through London.

The appearance was a surprise to the soldier, who had designed the route using a smartphone app to look like a Royal British Legion poppy.

Plymouth Council told the Sun: ‘When we last spoke to him, we asked him to provide some documents that we need in order to issue a blue badge.

‘When we didn’t hear back from him, we closed his ­permit application. If Mr McBean would like to get back in touch with us, we are more than happy to help.’