The US Air Force said on Friday that it will carry out a review of security on its bases around the world after an intruder sneaked onto a C-40 plane used to carry VIPs that was parked in the key military facility that is home to Air Force One.

An unarmed adult male was able to make his way onto Joint Base Andrews on Thursday and enter a C-40 aircraft, a military version of the Boeing 737, officials said.

They added that there were no indications that he had any links to extremist groups.

Joint Base Andrews, roughly 15 miles southeast of the White House in Washington, DC, is used by the president, vice president, and cabinet leaders to travel around the country and world.

‘Everybody in the (Defense Department) and certainly everybody in the Air Force understands what a serious matter this is,’ Pentagon spokesman John Kirby told reporters.

In a statement, the Air Force said the service’s inspector general was reviewing the break-in.

In addition to that review, the Air Force will be doing a ‘comprehensive review’ of security of bases around the world.

DailyMail.com has reached out to the White House for comment. 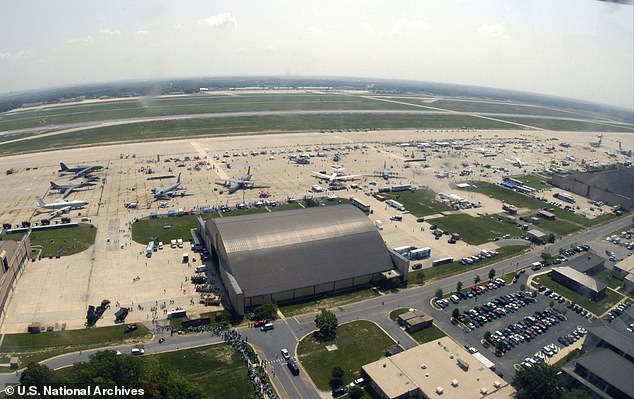 An intruder sneaked onto a C-40 aircraft, a military version of the Boeing 737, at Joint Base Andrews (pictured above) in Maryland on Thursday. The security breach prompted the Air Force to launch an investigation 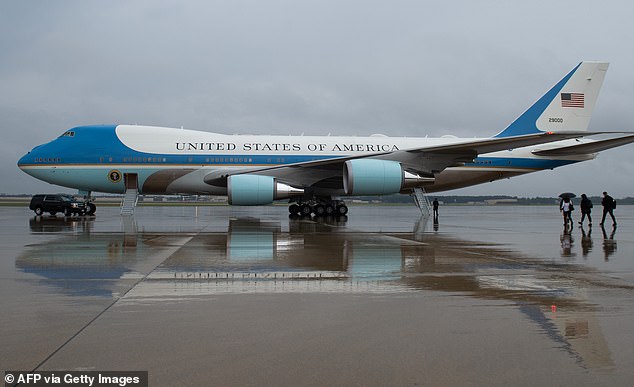 A White House spokesperson told the Military Times the man was ‘no where near’ the Boeing 747 that is called Air Force One when the president is aboard.

The military said that the man entered a C-40 aircraft assigned to the 89th Airlift Wing.

The Air Force’s 89th Airlift Wing consists of more than 1,000 enlisted men and women who oversee air travel and logistics planning for the president, vice president, combat commanders, and other senior leaders.

No information was immediately available about when the incident occurred or how close the individual got to the aircraft.

The Air Force Office of Special Investigations (OSI) was initially leading the investigation into the incident, but then turned the man over to local authorities.

‘He was booked by OSI and given a federal summons for trespassing. He was turned over to local law enforcement, given that he had two outstanding warrants,’ according to the release.

OSI did not immediately respond to a Reuters request for more information.

‘Nothing was threatened and the guy was turned over to the local police.’

Authorities said that the man was not armed and did not appear to be connected to any extremist organizations.

‘The security of our installation is paramount,’ said Col. Roy Oberhaus, the vice wing commander of the 316th Wing at Joint Base Andrews. 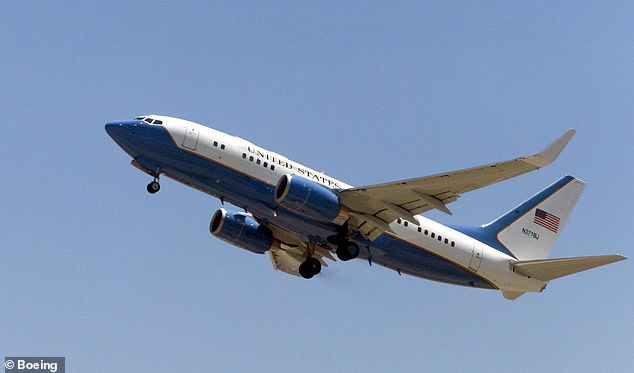 The military said that the man entered a C-40 aircraft (like the one pictured above) assigned to the 89th Airlift Wing. The Air Force’s 89th Airlift Wing consists of more than 1,000 enlisted men and women who oversee air travel and logistics planning for the president, vice president, combat commanders, and other senior leaders

‘This was a serious breach of security and Joint Base Andrews is investigating the incident to determine how this happened so it doesn’t happen again.’

The breach took place a day before President Biden was scheduled to take his first flight aboard Air Force One.

The president is flying to his home state of Delaware where he will spend the weekend – the first trip he has made since taking office on January 20.

‘Technically, “Air Force One” is used to designate any Air Force aircraft carrying the President, but it is now standard practice to use the term to refer to specific planes that are equipped to transport the Commander-in-Chief,’ the White House states on its website.

‘The Air Force designation for the aircraft is VC-25A.’