A LAB is holding the bodies and heads of 200 people in the hope that they can be brought to life in the future.

The Alcor Life Extension Foundation offers the hope that science and technology will advance to the stage where the deceased can be brought back to life. 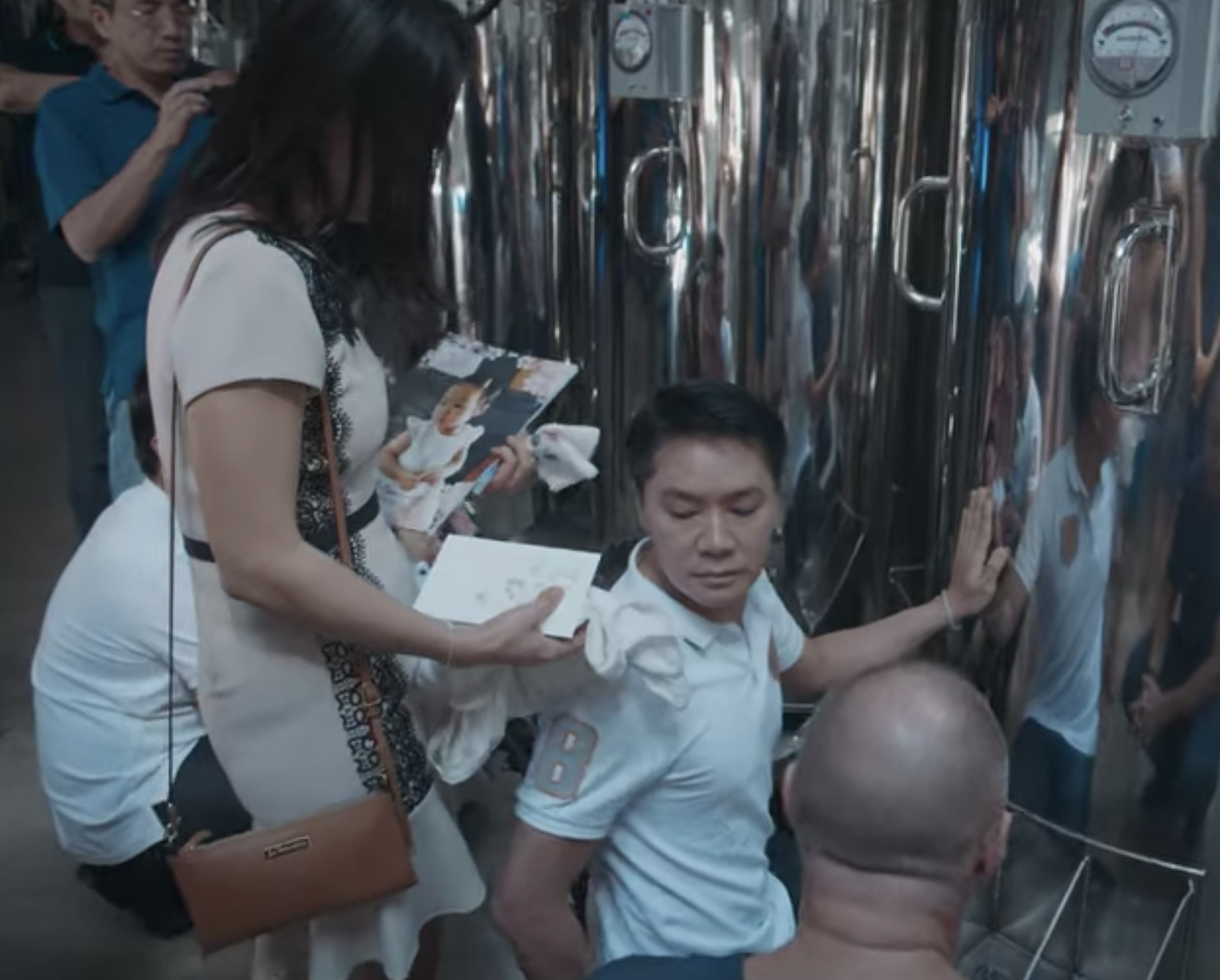 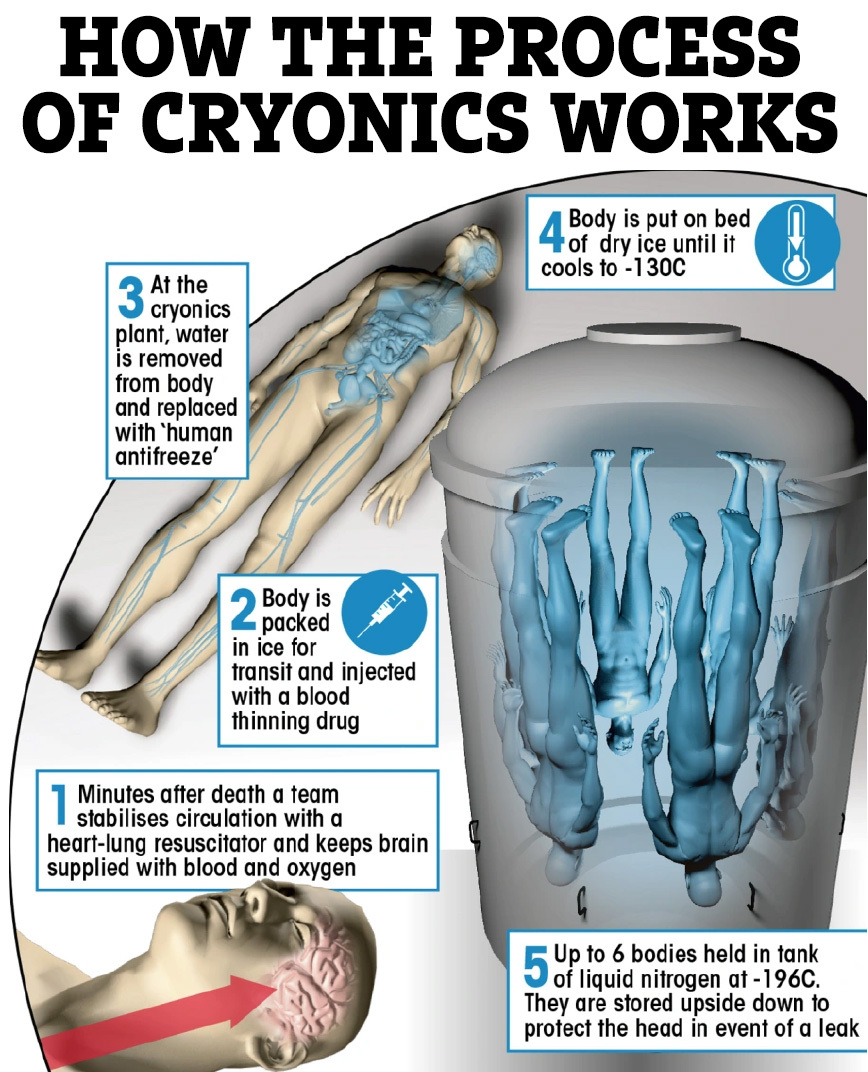 The company is located in Scottsdale Arizona, where the bodies will be stored at deep freeze temperatures for decades or even centuries.

It was founded by Linda and Fred Chamberlain in 1972 after the couple met at a cryonics conference in early 1970.

At the time she was in college and Fred was working as a NASA engineer.

"Our goals were to start an organization that could save people's lives and give them an opportunity to be restored to health and function," Linda Chamberlain told CNET.

"If we'd known how hard it was going to be, we might not have tried to do it. But once you get started, something about saving lives, you can't give up."

Alcor preserves bodies by slowly lowering their temperature and storing them in giant vessels of liquid nitrogen at -196 C.

In a typical procedure, the body is packed in ice and frozen, before the blood is replaced with a 'cryoprotectant' solution, to stop ice crystal formation.

But the industry has long been dismissed as quack science or even fraud.

One of the bodies held by Alcor is that of baby Matheryn Naovaratpong, known as Einz, who died from brain cancer in 2015, just before her third birthday.

Parents Nareerat and Sahatorn, from Thailand, chose to have their late daughter's brain preserved.

Einz underwent 10 surgeries, 12 rounds of chemo and 20 rounds of radiation, but was unable to beat the cancer.

Realising there was no hope of curing his daughter, Sahatorn began researching cryonics, in the hopes of convincing his wife that it could offer their daughter a new life in the future.

“This was the way to keep her… we must keep her," he said in a Netflix documentary Hope Frozen: A Quest To Live Twice.

Is cryogenics safe – and could it ever work?

There is currently no way to resuscitate bodies that have been cryogenically frozen.

There are also concerns that the freezing process itself could cause extensive damage.

According to medicalbag.com, when a body or even an organ is frozen, "extracellular and intracellular ice crystals form, resulting in crushing or rupturing of cells and damaging surrounding tissues".

Scientists do hope to have found a solution to this, however. Cryonics experts use slow-freezing solutions and also cryoprotectants to protect organs and vessels from ice crystals forming.

There are also concerns that, even if it does work, that person's memories will be wiped away.

Dennis Kowalski, of the Cryonics Institute in Michigan, previously stated: "You could be just like you but without your memory, without the same mind. Like a clone of you."

There was a scientific breakthrough in the field in 2016 when a fully intact rabbit's brain was cryogenically preserved successfully.

Researchers found that, despite it being dead tissue, all of its synaptic connections were maintained when it was thawed out. They didn't attempt to resuscitate the rabbit, however.

At first, the whole family were against the idea but Sahatorn spent months persuading them.

"Can we stop the process of dying? Yes. Can you believe that we can stop it? This is want I have to show my family.

“I spent many months trying to persuade my wife before she finally agreed.”

The couple began recording videos for their daughter, to hopefully see in the future.

Meanwhile a team from Alcor flew to Thailand  for when Einz passed away.

For cryonics to be as successful as possible, experts say it's best to begin the freezing process within 60 seconds of when the heart stops beating.

It meant Einz's family watched on as her body temperate was lowered in front of them, before her body was frozen and flown to Arizona.

"I told her, come back and be my daughter again. Mummy loves you so much,” said Nareerat. 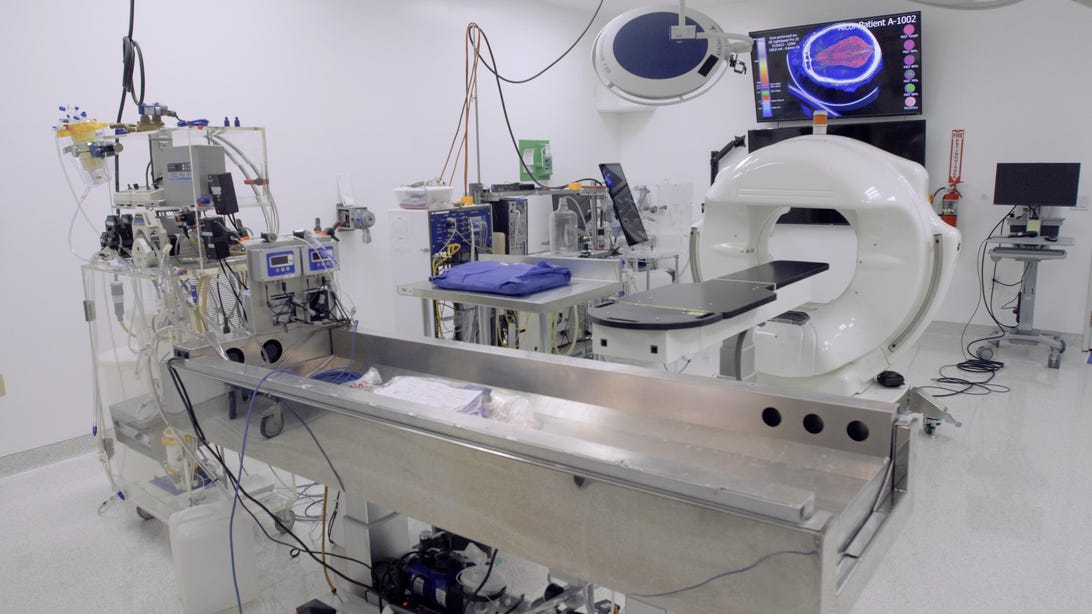 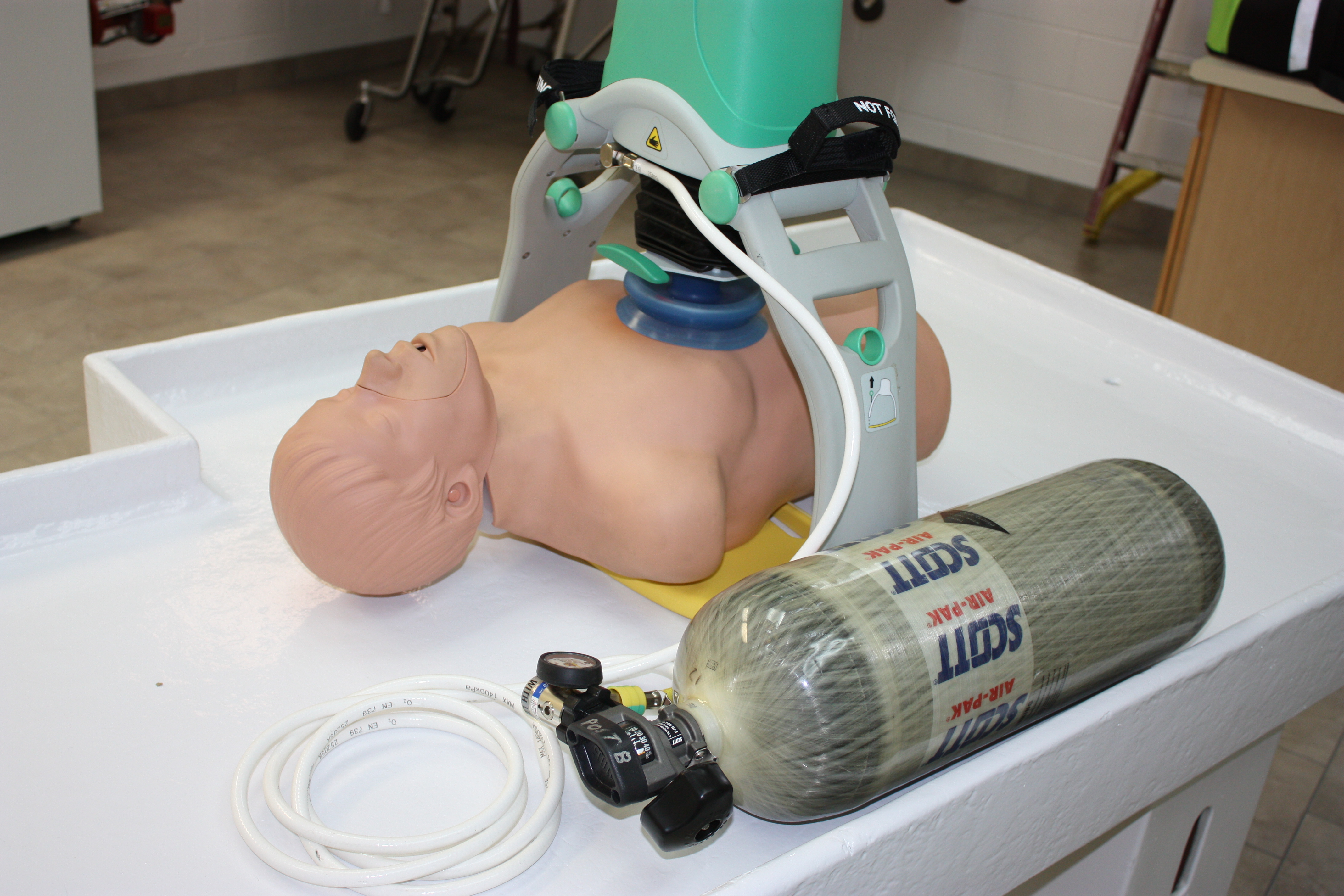