An Imam who is demanding the sacking of a teacher who showed pupils an image of the Prophet Muhammad may have broken hate crime laws, a former senior police officer believes.

Muhammad Adil Shahzad travelled to join protests outside Batley Grammar School in West Yorkshire in March after the cartoons were used during a lesson about blasphemy.

He has since made a string of incendiary social media posts, including some that a former Detective Chief Inspector believes fall foul of the law.

Mr Shahzad says he and his followers are ‘fighting an academic war’ against the enemies of Islam, has said people should not be ‘brainwashed by freedom of speech’ and warned that riots could erupt if similar incidents were repeated. 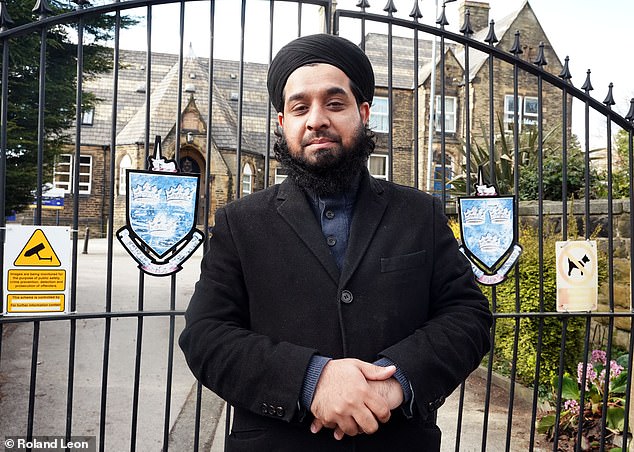 Muhammad Adil Shahzad (pictured), who is demanding teacher who showed pupils an image of Prophet Muhammad be sacked, may have broken hate crime laws, an ex-police officer says

He also used the derogatory term ‘coconut’ to describe 18 Muslim MPs, including the former Home Secretary Sajid Javid, who backed the teacher.

The slur, suggesting someone is ‘brown on the outside but white on the inside’, has been found in court to amount to racially aggravated harassment.

He said he would have referred several of them to the Crown Prosecution Service on the grounds that they may have incited racial or religious hatred.

‘Describing MPs as ‘coconut individuals’ is a racially derogatory term and could be considered incitement to racial hatred,’ he said.

‘There is a precedent in law with regards to using the word ‘coconuts’ about people from ethnic minorities. There are also comments which could be described as sectarian in nature, attacking other religious groups including other Muslims which could be deemed to be inciting religious hatred.’

In media interviews, Mr Shahzad has cut a moderate figure.

But he not only signed a letter in which the Batley teacher – who is understood to still be under police protection – was named, but also condemned MPs who expressed concern about the protests. 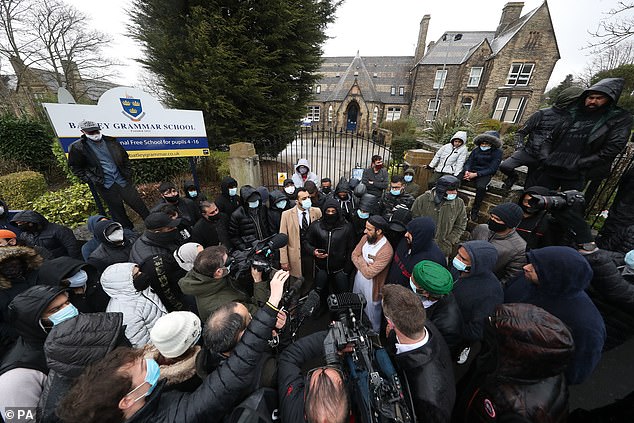 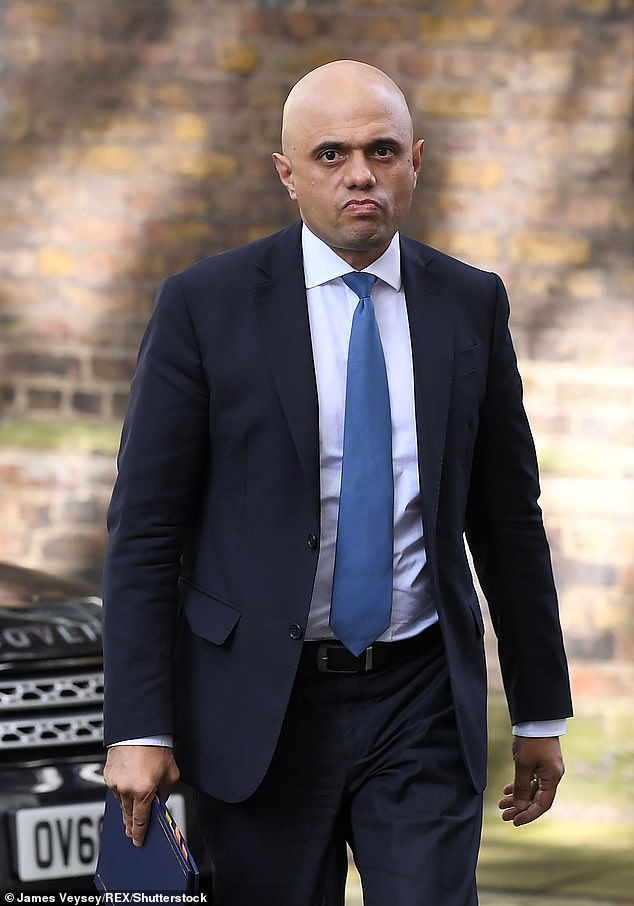 Mr Shahzad has since used the derogatory term ‘coconut’ to describe 18 Muslim MPs, including the former Home Secretary Sajid Javid (pictured), who backed the teacher

He wrote: ‘I think there are 18 Muslim MPs, Sajid Javid, only Muslim MPs by name, coconut individuals. If you saw the tweet he put out yesterday, you call yourself a Muslim? We will not accept anything less than a sacking… Don’t be fooled by freedom of speech, no freedom of speech!’

In a sermon posted at the beginning of April, he again referred to the teacher’s use of the cartoons and said: ‘If that incident was to happen here in Bradford, there would be riots on the streets.’

In another sermon, the imam, who founded the Al-Hikam Institute mosque in Bradford, said: ‘We are fighting an academic war and a war of intelligence against the enemies of Islam.’

He added: ‘Words are not enough. Actions speak louder than words…Do not be brainwashed by this freedom of speech.’

Last night, Mr Shahzad clarified that he wanted any actions to be ‘peaceful and democratic’ and apologised for the use of the term ‘coconut’, saying he was unaware that it was racially offensive.

In 2010, a black councillor in Bristol was found guilty of racial harassment for using the term against an Asian political opponent.

Meanwhile, a trainee teacher who was dragged before a disciplinary hearing for asking whether his university would back him if he showed pupils a cartoon of the Prophet says he fears for the erosion of the freedom of speech.

The Manchester Metropolitan University student, a member of the Free Speech Union, said of the Batley incident: ‘I am concerned about the cowardly response from the unions and other bodies connected to teaching.’

The university insisted it ‘always championed freedom of speech’, adding: ‘The discussion with the student was positive and constructive.’ No decision has yet been made following the hearing.