Stark before and after images have revealed how air pollution has visibly dropped after half the world’s population were placed under strict lockdown orders due to coronavirus.

In Italy – the first European country to enact a full lockdown – a haze hanging over Milan cleared away while Venice’s Grand Canal was free of smog as tourists were forced to stay at home.

New Delhi, in India, frequently ranks among the most polluted cities in the world, and images taken two years ago show a thick pall of smoke hanging over the city.

But new images show blue skies visible as local celebrated the ‘alpine weather’ after people were ordered to stop working and stay at home.

Similar scenes were recorded in Jakarta, Indonesia, and Islamabad, Pakistan, after those countries were also placed under full or partial lockdown.

It came as a team of researchers from Cambridge University, in the UK, suggested a link between high levels of air pollution and higher coronavirus fatality rates.

The two areas of England with the highest number of coronavirus deaths – London and Birmingham – also have the highest levels of daily air pollution, researchers said.

A similar study at Harvard University found death rates were 15 per cent higher in global regions with high pollution, as the WHO warned countries in Latin America, Africa and Asia with poor air quality to take it into account when planning their virus response. 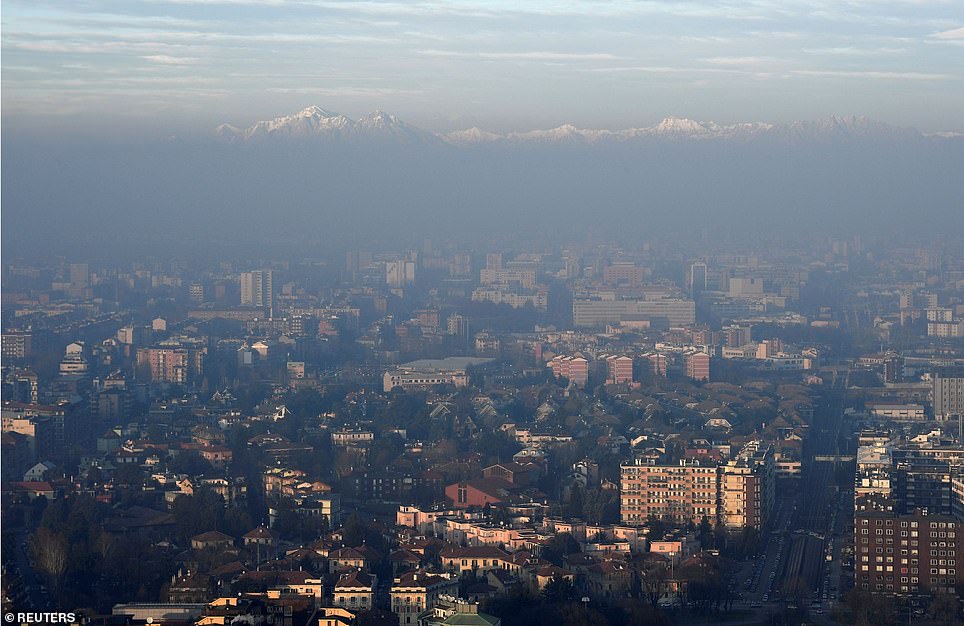 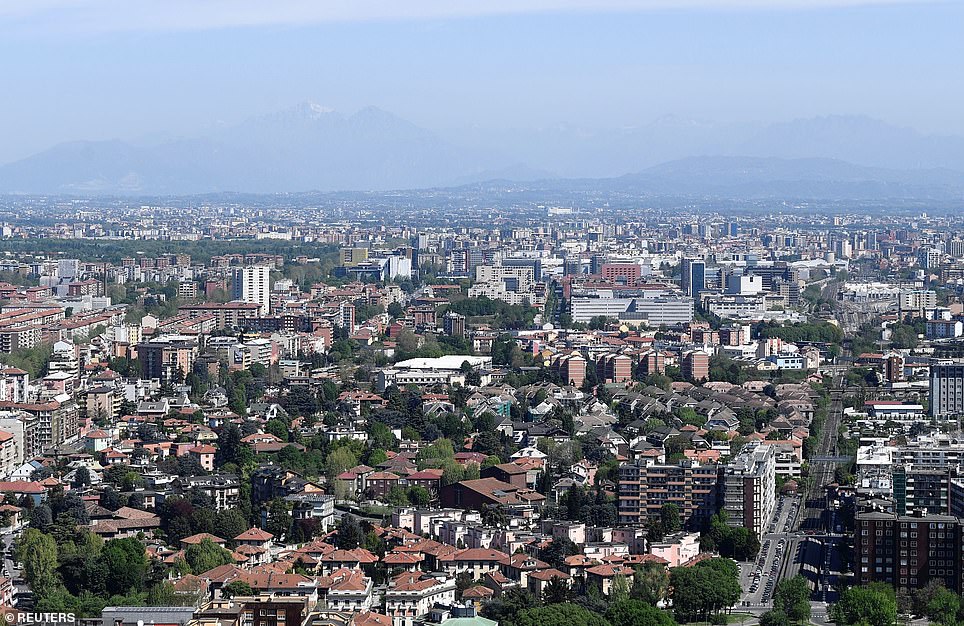 Italy’s economic hub and one of the first places in Europe to go into lockdown – before a countrywide ban was put into place – Milan was among the most heavily polluted cities on the continent before it shut down (left in January this year.) Since all-but essential travel was stopped, the city’s air has visibly cleared and pollution has fallen (right on April 17) 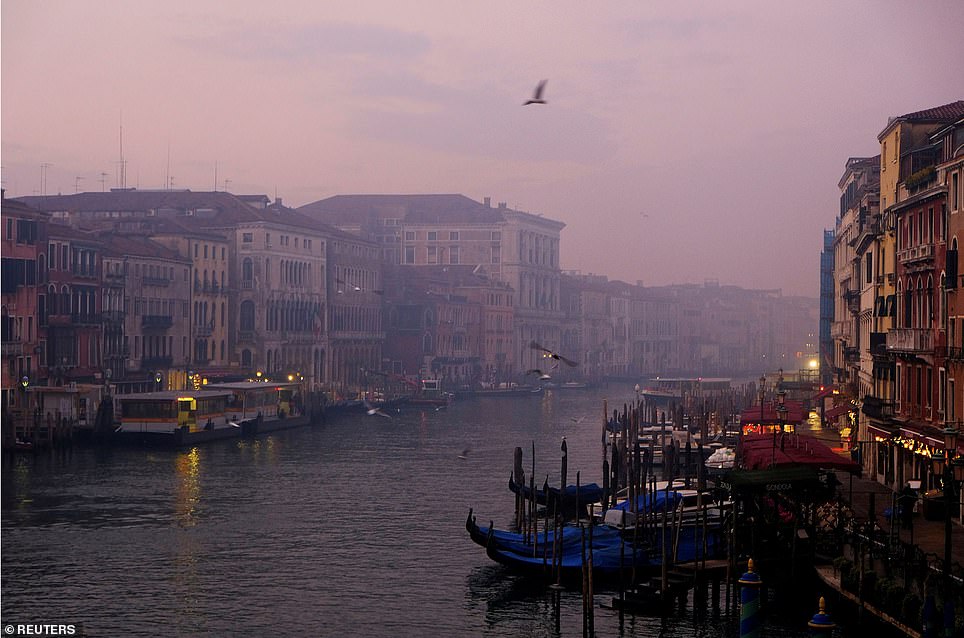 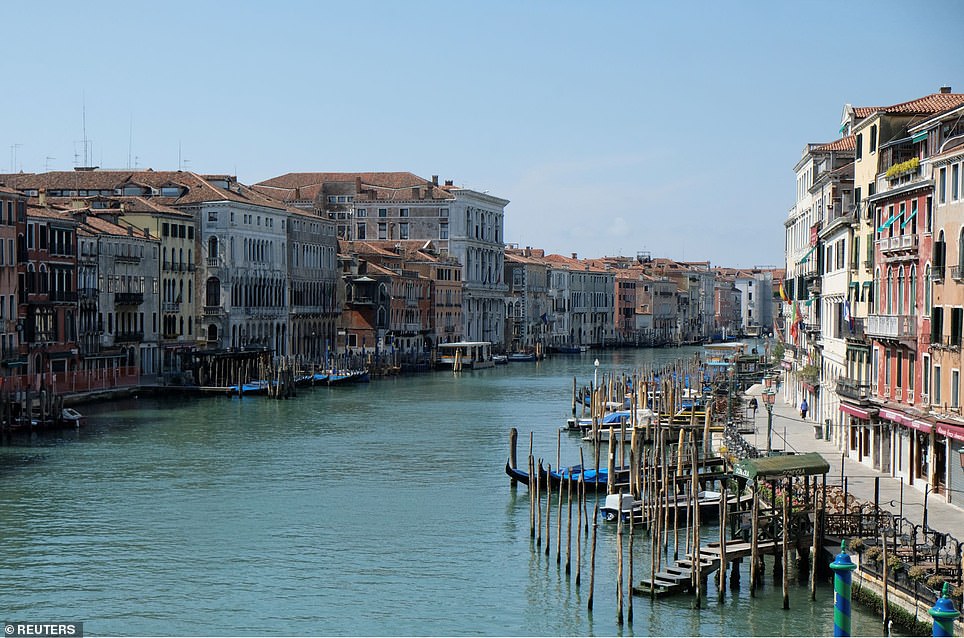 One of the busiest tourist destinations in the world, Venice suffered from poor air quality caused by exhausts from diesel-powered boats that frequented its Grand Canal (left in January, 2018). But since tourism was halted amid the crisis, the skies have cleared along with the canal’s waters (pictured right on April 17) 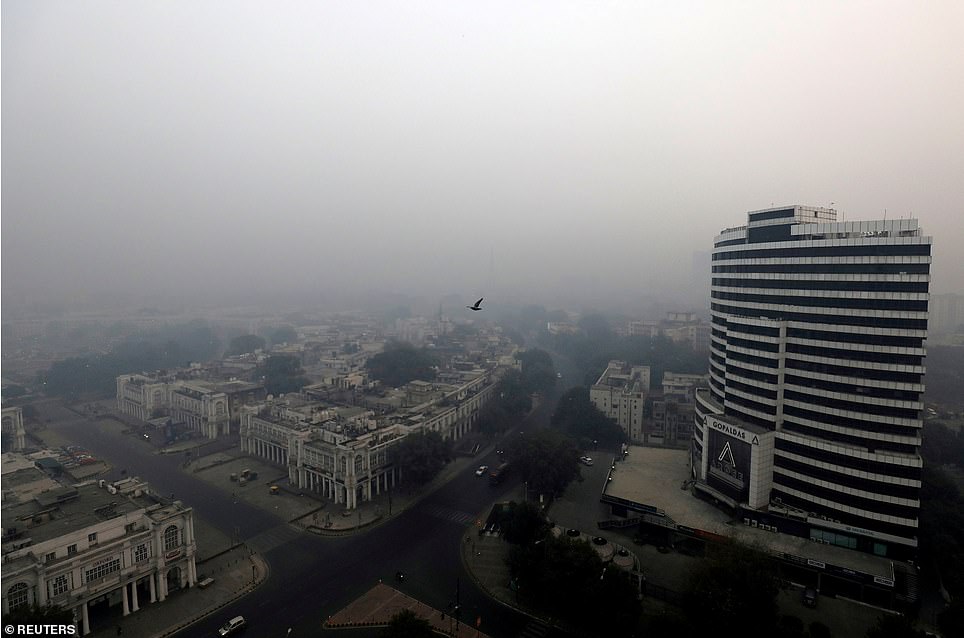 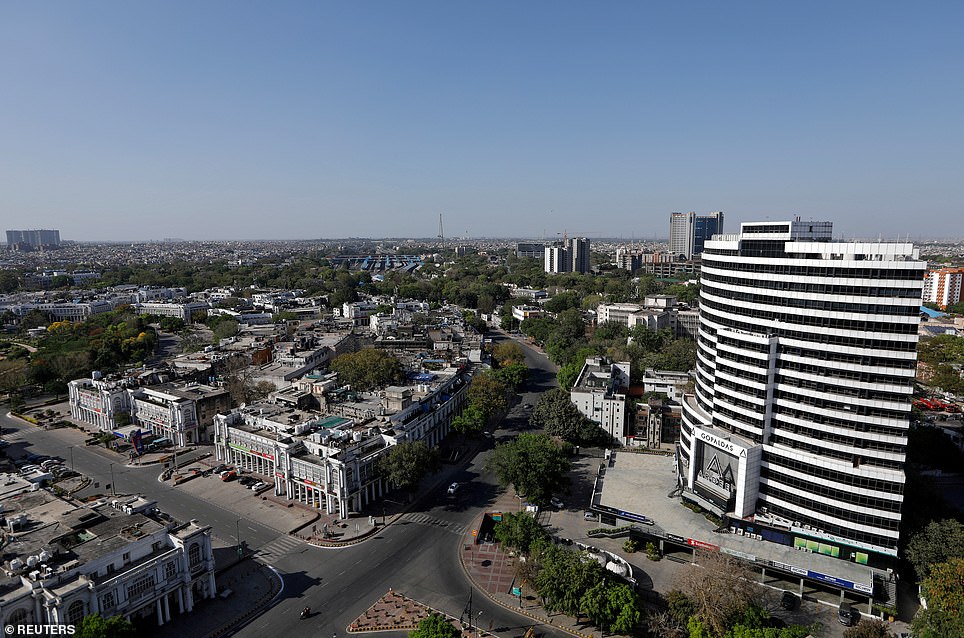 Frequently among the most-polluted cities in the world before India was placed under strict lockdown, air quality was so bad in New Delhi that schools were being closed and people advised to stay indoors (pictured left, a thick smog in November 2018.) Now, the city is enjoying blue skies as residents praise the ‘alpine weather’ (right on April 8) 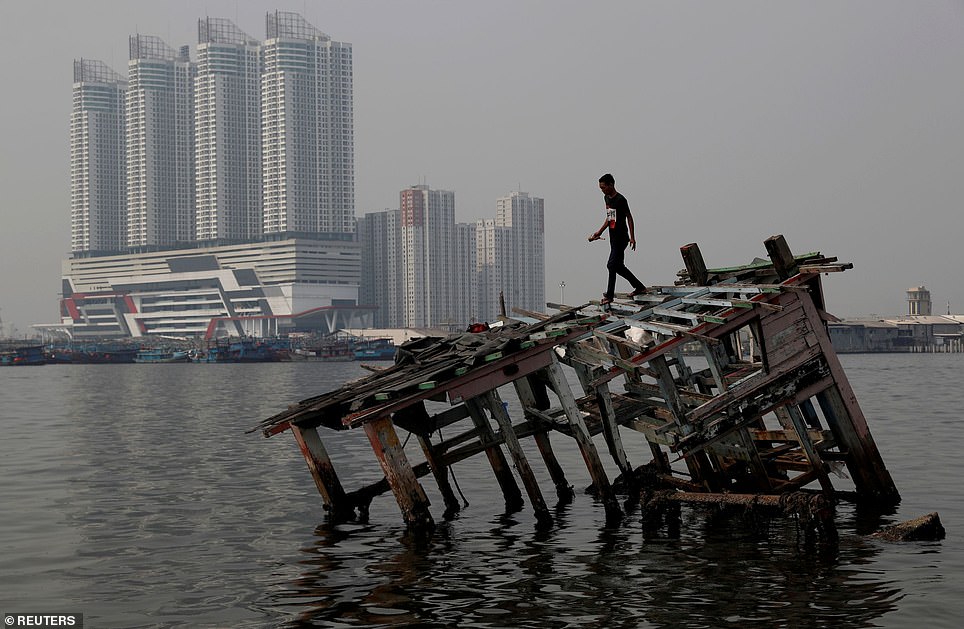 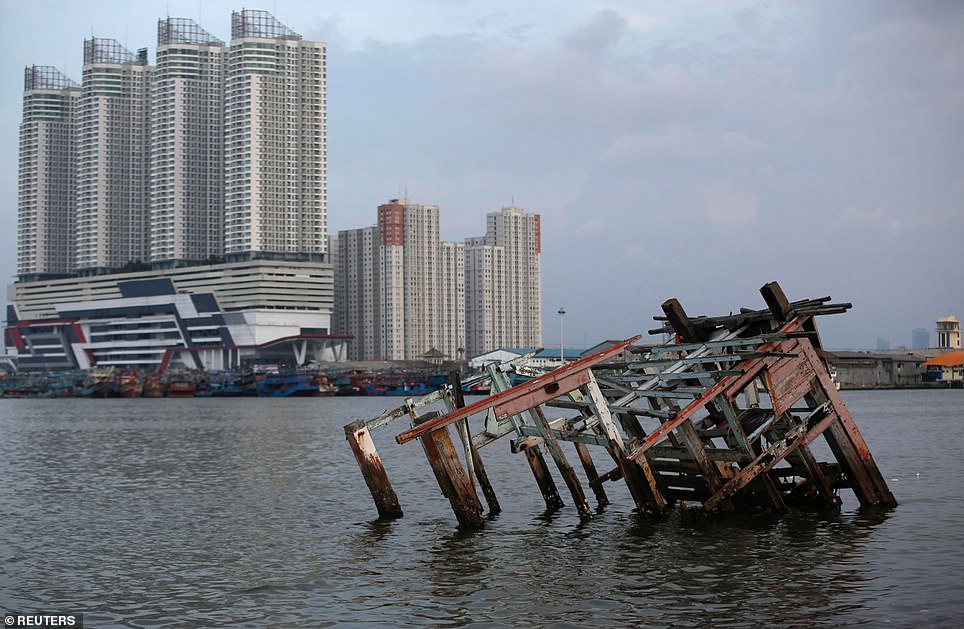 Indonesia saw one of the steepest declines in air quality of any country through the 21st century, as levels of air pollution increased 171 per cent between 1998 and 2016. Pictured left is a view of the capital Jakarta in July 2018, showing a fine haze in the air, and right is the same view on April 16 this year 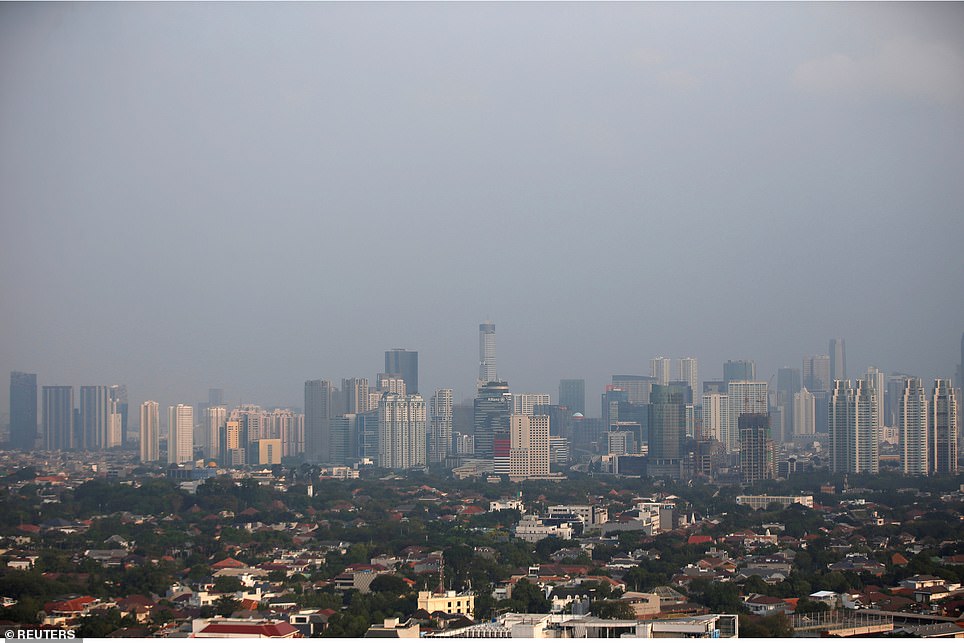 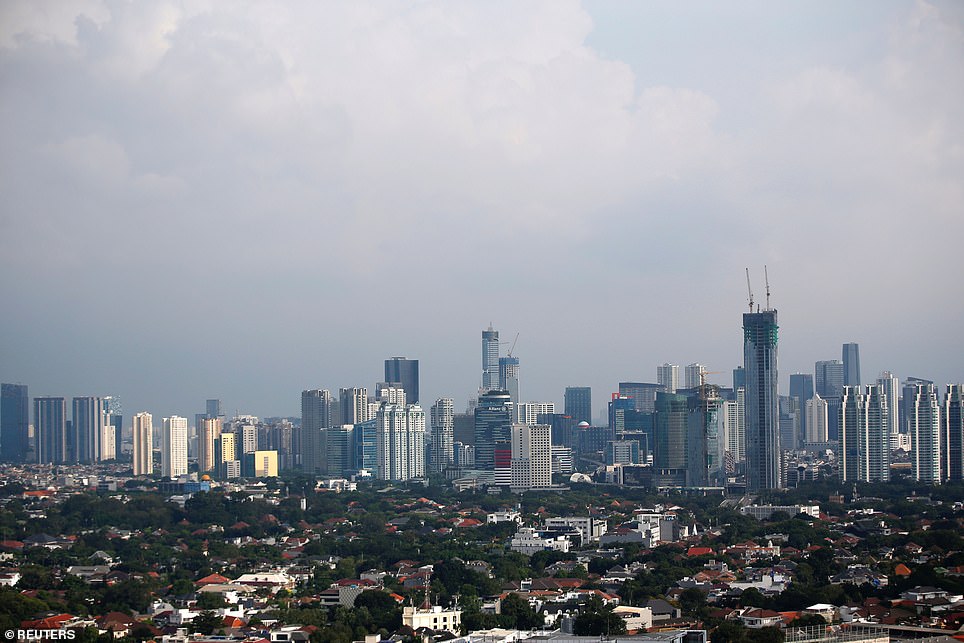 Scientists predicted that in 2019, when the image on the left was taken,the average Indonesian could expect to lose 1.2 years from their life expectancy due to air pollution. But, since the country was placed under partial coronavirus lockdown, the skies have started to clear (the same view seen right on April 16 this year) 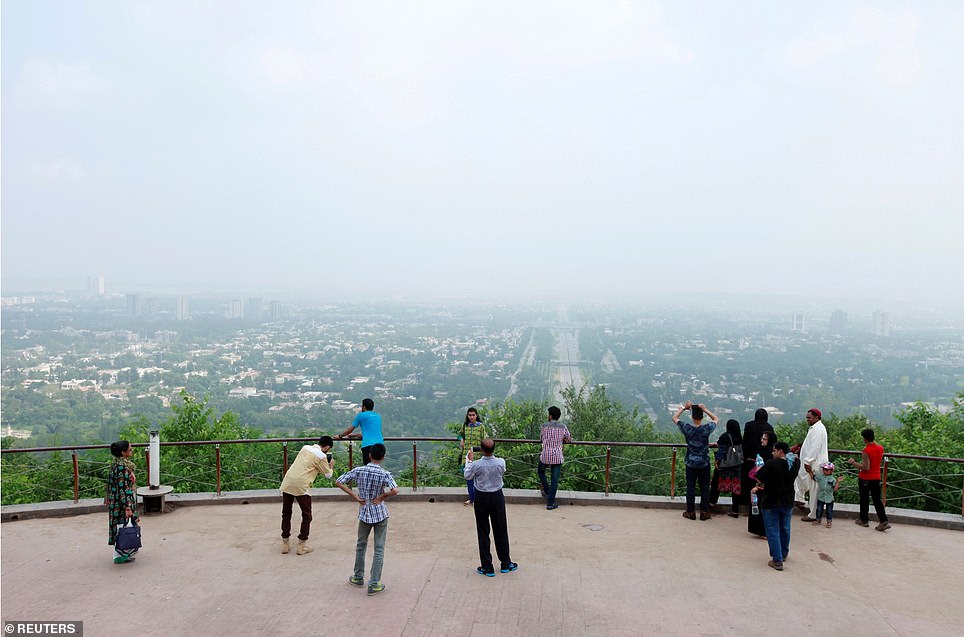 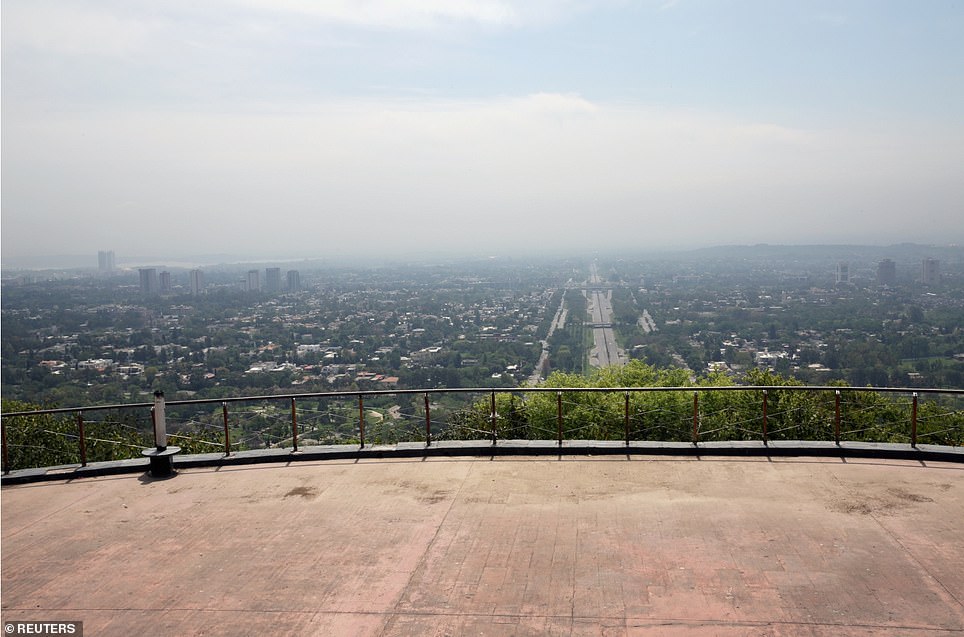 In 2015, medical researchers estimated that 22 per cent of all deaths in Pakistan could be traced back to pollution, with air pollution the worst culprit (pictured left, a view of the capital Islamabad in August 2017). The country has been under strict lockdown orders amid the coronavirus crisis, leading to a visible improvement in air quality (pictured right on April 20) 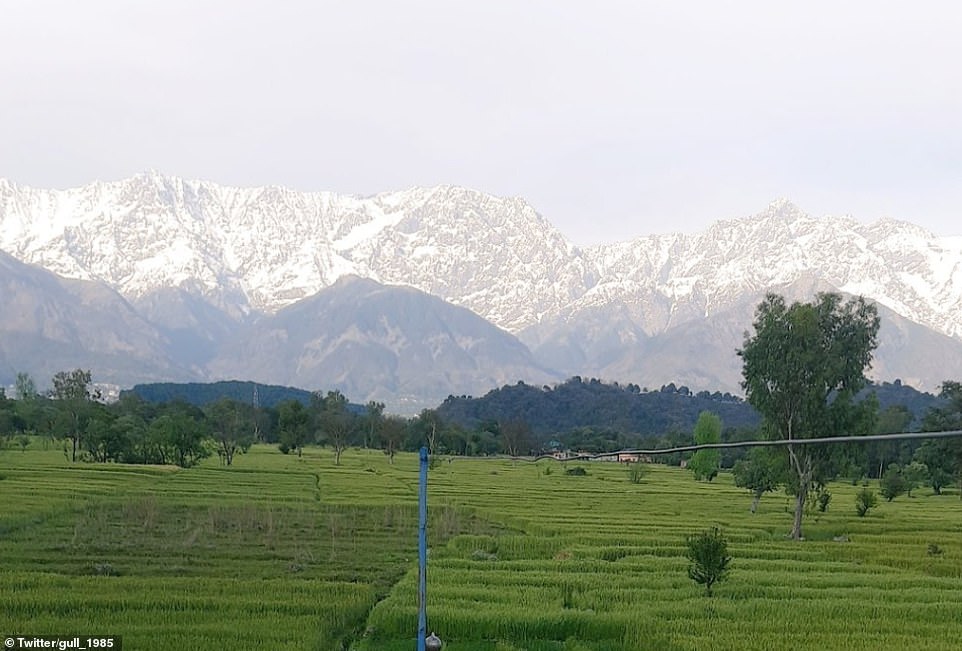