IAIN DUNCAN SMITH: We must stop kow-towing to these despots 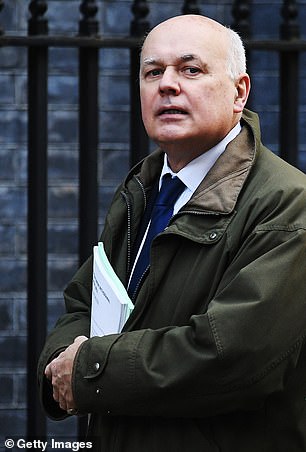 Covid-19 has swept across the world like a medieval plague from China and in its wake it has created one of the greatest health scares in modern history.

This has resulted in the implementation of sweeping powers to alter and direct the balance of our way of life, last seen on this scale during the Second World War.

Of course, this has in turn prompted a debate on what should change. From justifying the climate emergency demands to questioning the way we work, there is no end to the thoughts of amateur soothsayers and their predictions.

Astonishingly, even Jeremy Corbyn claims the pandemic proves he has been right all of his life… Hmmm.

All issues can and will be discussed, except for one, it seems – our future relationship with China.

The moment anyone mentions China, people shift uncomfortably in their seats and shake their heads. Yet I believe it is vital that we start to discuss how dependent we have become on this totalitarian state.

For this is a country which ignores human rights in the pursuit of its ruthless internal and external strategic objectives. However, such facts seem to have been swept aside in our rush to do business with China.

Remember how George Osborne made our relationship with China a major plank of UK Government policy? So determined were Ministers to increase trade that they were prepared to do whatever was necessary. 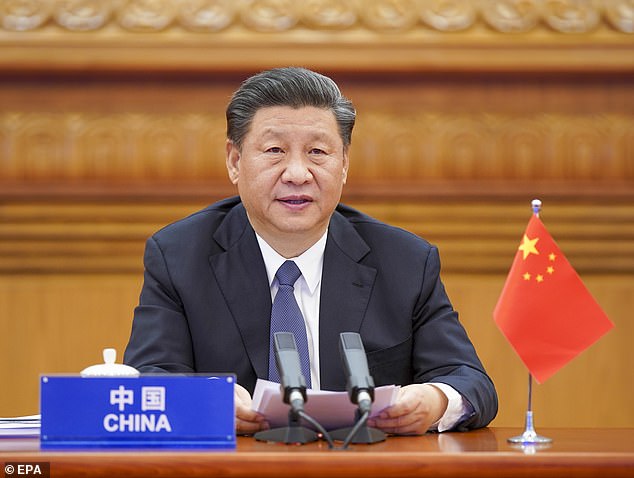 Indeed, I am told that privately this was referred to as Project Kow-Tow – a word defined by the Collins dictionary as ‘to be servile or obsequious’.

We were not alone. Countless national leaders over recent years have brushed aside China’s appalling human rights behaviour in the blind pursuit of trade deals with Beijing.

There has been shamefully scant attention paid to how the Communist regime brutally represses the Uyghurs and other Muslim minorities, not to mention its continuing mistreatment of Tibet.

It is also a country that beyond its borders has aggressively laid claim to 90 per cent of the South China Sea – a vital region with large gas and oil reserves through which trade shipments in goods totalling £4billion pass every year.

What’s more, when a United Nations tribunal ruled in 2016 that China had no legal basis to its claim to control the waters or resources of this region, Beijing simply rejected its ruling.

Thanks to Project Kow-Tow, the UK’s annual trade deficit with China is £22.1billion. But we are not alone in being in hock to Beijing.

For China has racked up a global trade surplus of £339billion. Distressingly, the West has watched as many key areas of production have moved to China.

The recent debate about giving tele­coms giant Huawei a mega-contract on 5G networks in Britain and deals for China to help run our new nuclear power stations exemplify how dependent we all are on Beijing.

Whereas there used to be ten non-Chinese companies which might have been able to compete with Huawei (which is bankrolled by the state-run Bank of China), there are now only three: Nokia, Ericsson and Samsung.

It doesn’t stop there. The vast majority of our mobile phones, including their microprocessors, are made in China. One successful entrepreneur involved in security products told me it was nigh on impossible to secure good business in China as companies there either undercut their bid or, if they were allowed to succeed, the Chinese often stole their technology.

And now, the coronavirus issue. It is reported that the Chinese authorities delayed informing the world about the severity of the outbreak.

Worse, Li Wenliang, 33, a hospital doctor in Wuhan who tried to warn about the virus, was silenced by Beijing. He was ordered to attend a police station and told he had ‘severely disturbed the social order’, and that he would be brought to justice if he continued ‘this illegal activity’.

Soon afterwards, Dr Li died from the virus he had tried to warn against. Other brave voices were gagged. Dr Xie Linka, a cancer specialist at Wuhan Union Hospital, posted a message on social media, warning people not to go to the South China Seafood Market because some were ‘suffering from pneumonia of an unknown cause (similar to SARS)’.

She was immediately summoned by the Public Security Bureau and told not to ‘spread rumours’ and false information. As a result of Beijing’s cover-up and delay, global health experts are convinced the rest of the world had insufficient time to prepare for the pandemic, which means the effect of the outbreak has most likely been worse.

The brutal truth is that China seems to flout the normal rules of behaviour in every area of life – from healthcare to trade and from currency manipulation to internal repression.

For too long, nations have lamely kow-towed to China in the desperate hope of wining trade deals.

But once we get clear of this terrible pandemic, it is imperative that we all rethink that relationship and put it on a much more balanced and honest basis.

In the recent past, there has been one rule for China and another for the rest of us. Whatever else, that must never be allowed to happen again.