State MPs will receive a 2.5 per cent salary increase next week, boosting Premier Daniel Andrews’ annual wage by about $11,000 to $452,000 – the largest of any state premier. 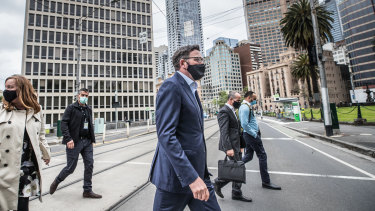 Late on Friday afternoon the government tribunal set up to independently decide pay levels for MPs announced a pay hike that would take the base salary of politicians to $186,973.

In May, the government reduced the guaranteed annual wage rise for public servants from 2 per cent to 1.5 per cent in an effort to rein in spending on government workers, which has blown out from about $22 billion when the Andrews government was elected to about $36 billion.

The move to cut what Treasurer Tim Pallas called “back office” costs angered the state’s public sector union, which compared the Treasurer’s rhetoric to the language used by previous Victorian Liberal governments that have cut public sector spending when elected.

Community and Public Sector Union state secretary Karen Batt said the 2.5 per cent increase should be applied equally to the departmental workforce that support the work of the Premier and his ministers. 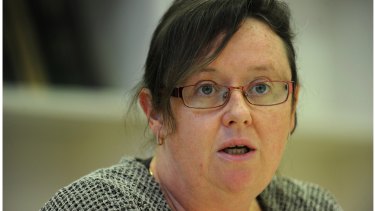 “Anything else looks hypocritical,” she said.

An Andrews government spokesman said the pay decision was “a matter for the [tribunal]” .

The remuneration tribunal said the pay jump amounted to a 1.25 per cent pay rise between July 1, 2020 and July 1, 2021 because no changes were made to wages in the tribunal’s 2020 decision.

“Taking into account the legislative factors it is required to consider, the tribunal has decided to increase the values of the basic salary, additional salaries and expense allowance by 2.5 per cent for 2021-22,” its decision said.

“Further, the state’s economic outlook is expected to improve, for example, Victoria’s GSP [gross state product] is expected to grow by 6.5 per cent.”

Ministers and Liberal leader Michael O’Brien will now receive about $343,000.

Many of the state’s 128 MPs make more than the base salary because they hold official positions such as chairing a committee or being a whip responsible for voting procedures. These positions can earn MPs between $7000 and $33,000 in additional yearly income.

Labor MPs pledged to donate their pay increases to charity last April after criticism that it would not have been appropriate to accept a pay rise during the pandemic-induced recession. However, this pledge was attacked because donations are tax-deductible.

In December, the remuneration tribunal denied MPs access to a historical pension scheme that would have netted some of them annual payments of more than $100,000 for the duration of their retirement.

Some serving Labor MPs argued they were not compensated as handsomely in retirement as members elected before 2004, when a pension system was in place.