HUNTER Biden kissed Joe as the president was sworn in after his controversial son said everything is "all good" despite his federal investigation.

Hunter embraced his father after he was sworn in as the 46th President of the United States of America. 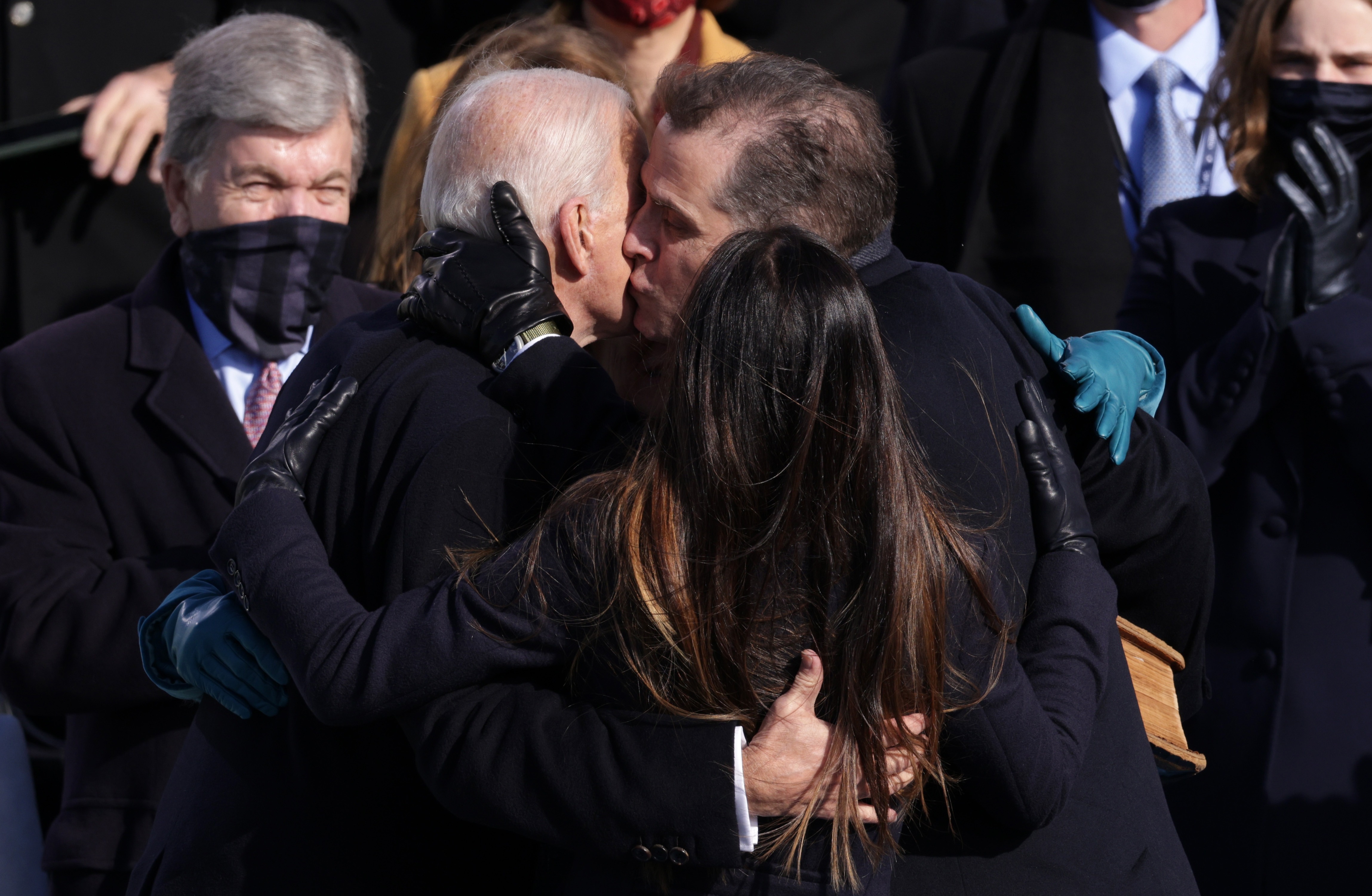 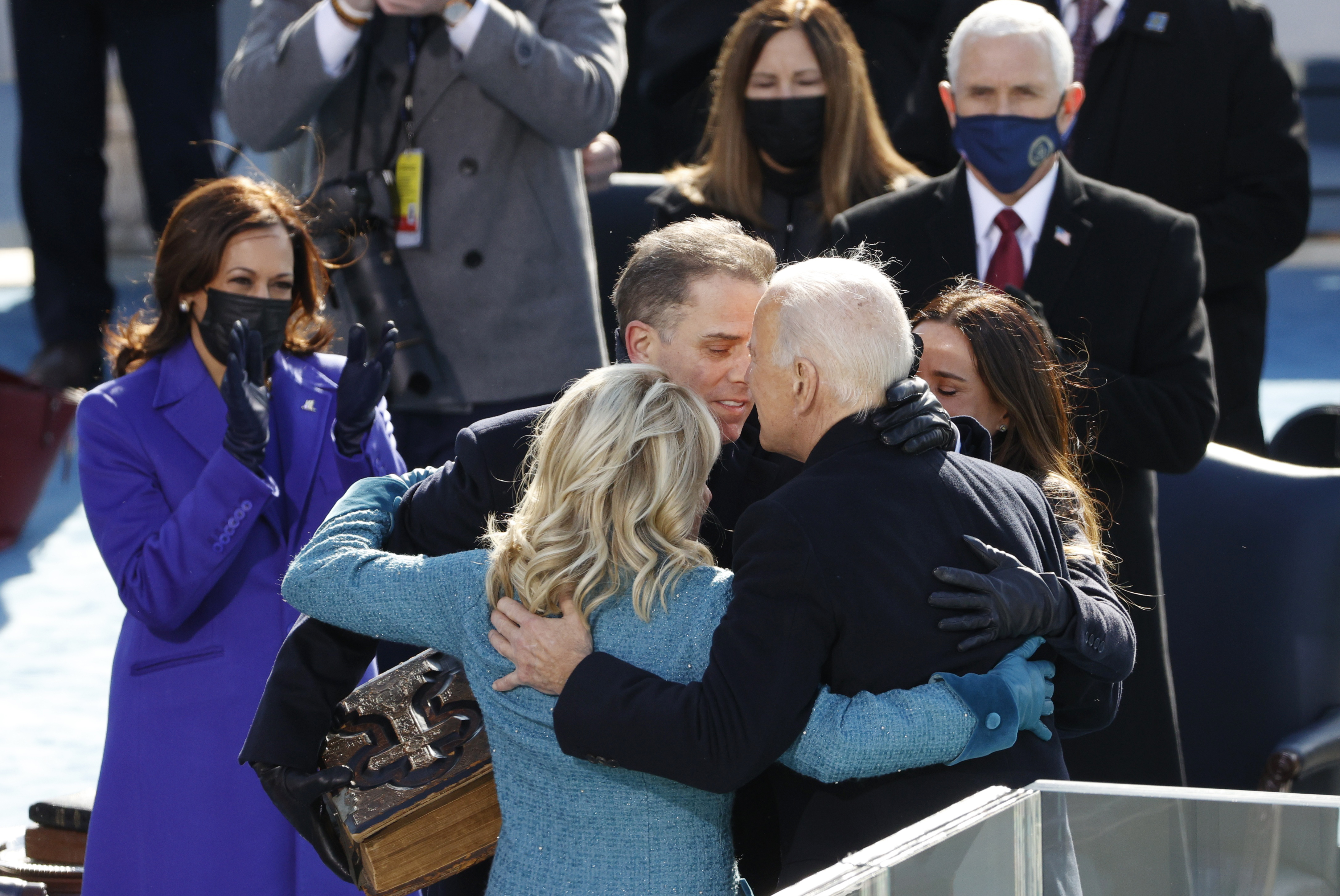 As Hunter walked through the Senate carriage entrance, a reporter asked for his thoughts on the day.

"All good," Hunter responded, according to Fox News.

Joe Biden's inauguration serves as one of the rare public appearances Hunter has made since he faced scrutiny for his alleged business dealings with China.

Hunter insists all his affairs were handled "legally and appropriately," while Joe Biden has said he has "never even considered being involved in business with his family, nor in any overseas business whatsoever." 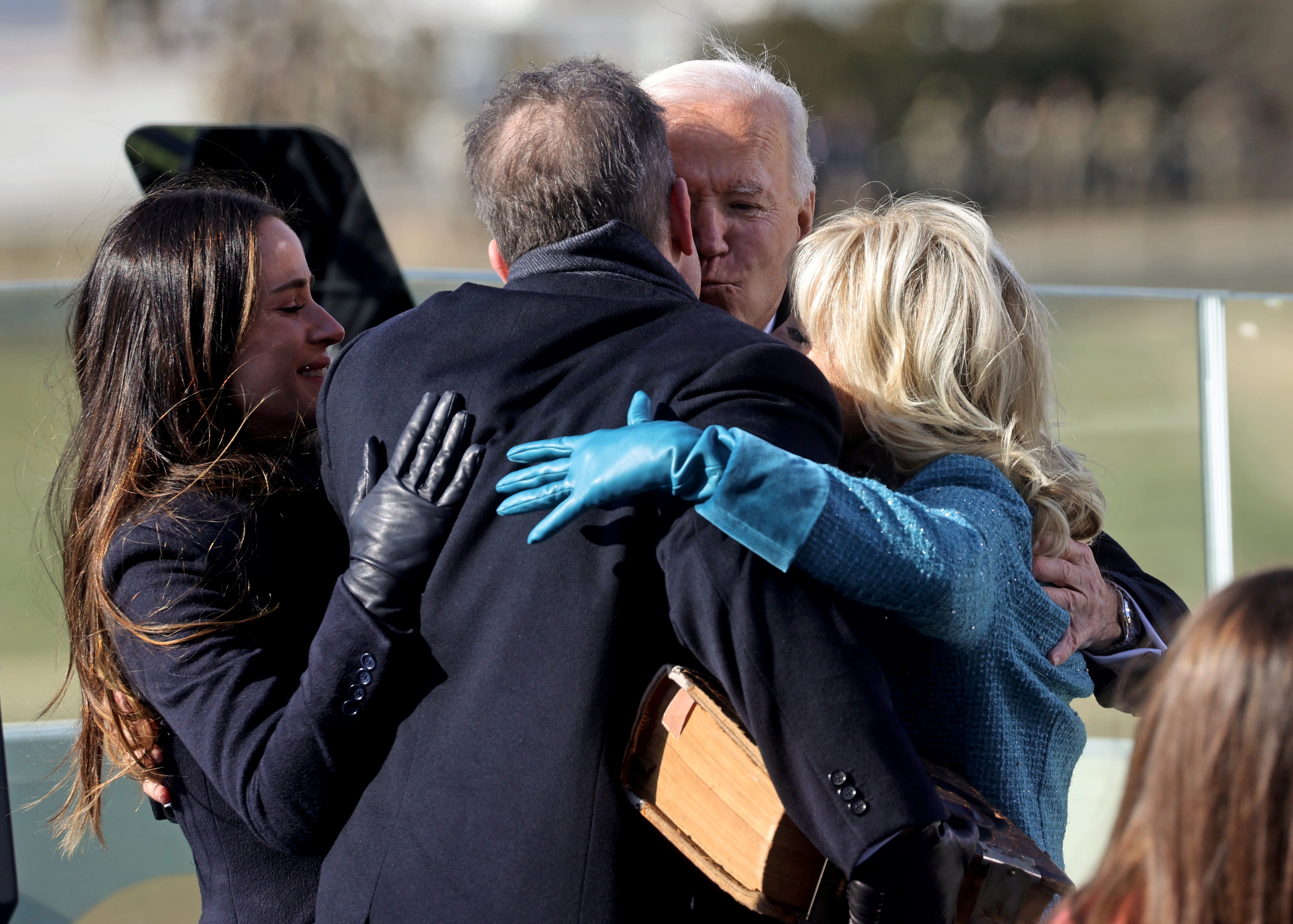 In December, it was reported that federal authorities had launched an investigation into whether Hunter had violated tax and money laundering laws in his dealings abroad, chiefly in China.

Joe Biden was not implicated in the probe.

In a statement on December 10, Hunter Biden said: "I learned yesterday for the first time that the U.S. Attorney's Office in Delaware advised my legal counsel, also yesterday, that they are investigating my tax affairs.

"I take this matter very seriously but I am confident that a professional and objective review of these matters will demonstrate that I handled my affairs legally and appropriately, including with the benefit of professional tax advisors."

Joe Biden's campaign was also approached for comment about alleged misconduct by Fox News in October.

A spokesperson said: "Joe Biden has never even considered being involved in business with his family, nor in any overseas business whatsoever.