HUGE crowds were spotted in Paris flouting lockdown rules, as doctors warned hospitals will be overwhelmed in a deadly third Covid wave.

Parisians came out to enjoy the spring weather today, packing out popular places like the Jardin du Luxembourg and even danced hand-in-hand in the streets. 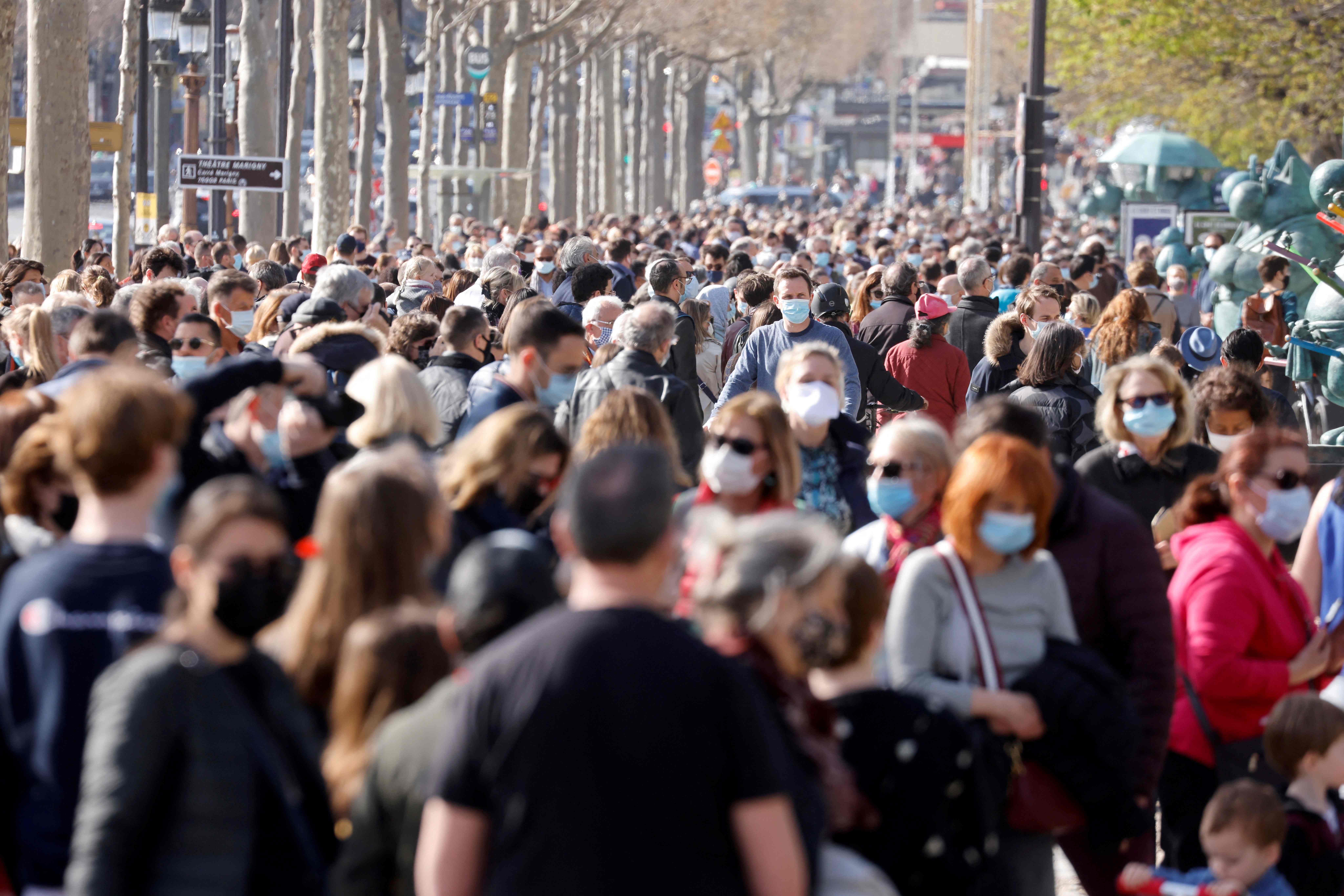 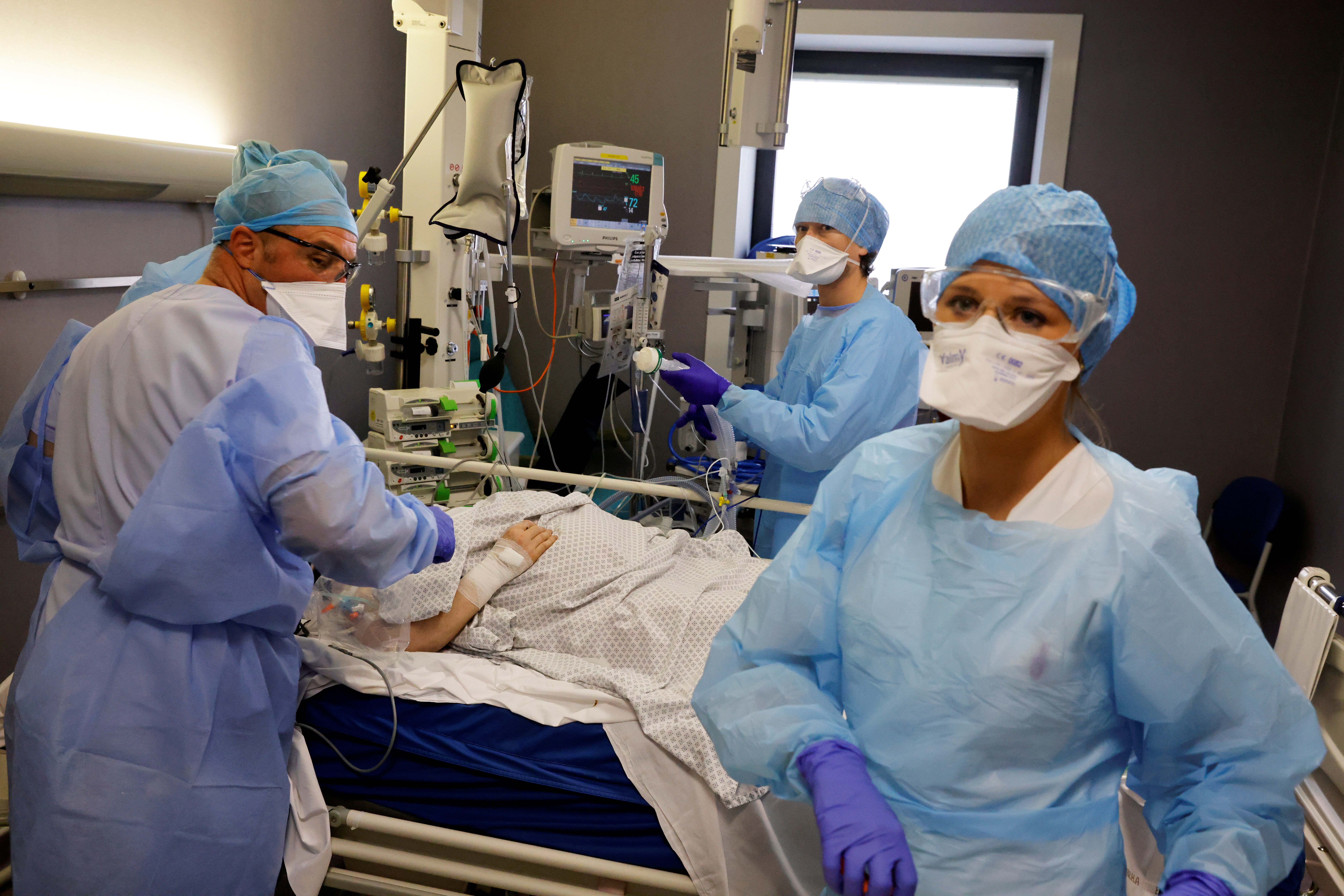 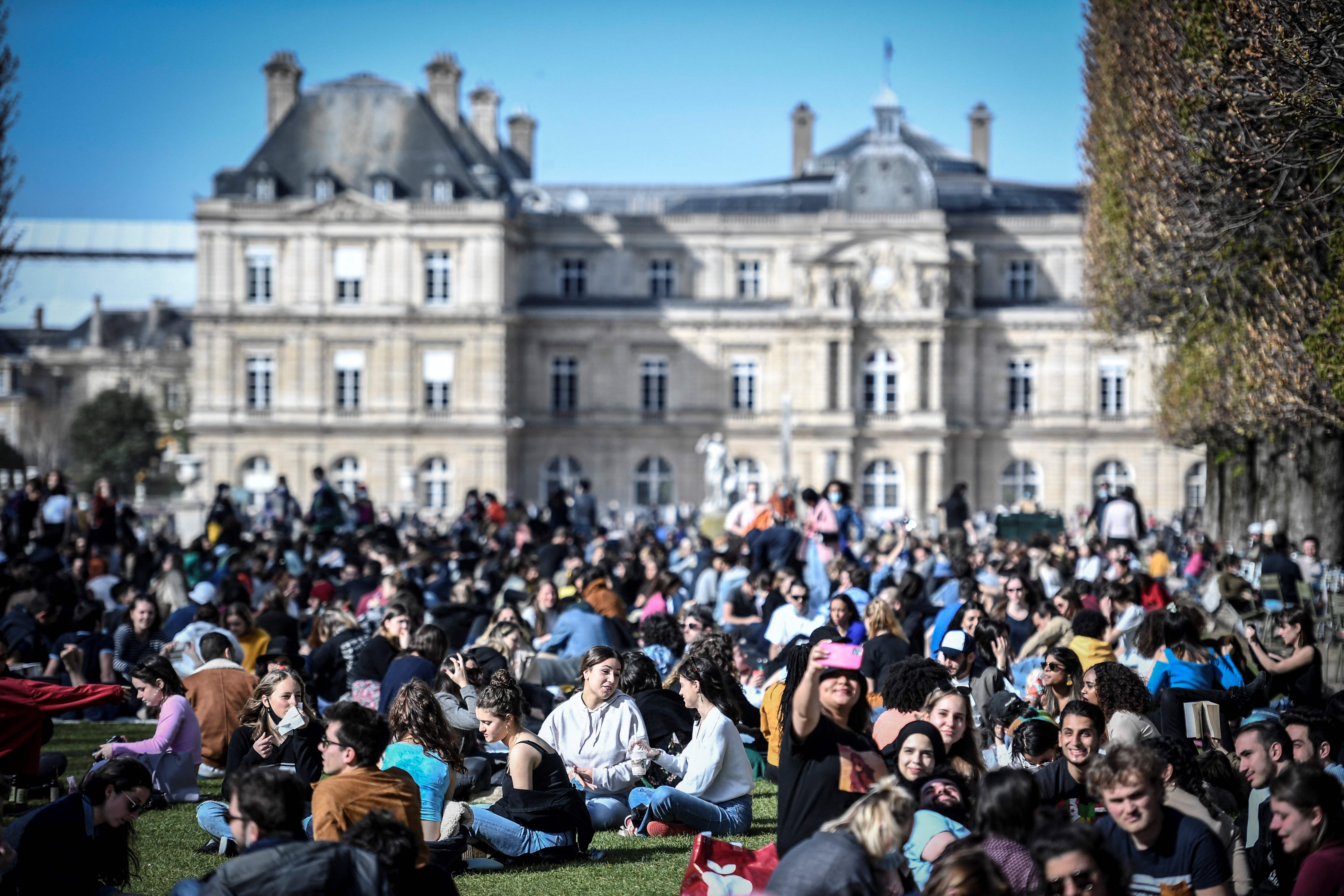 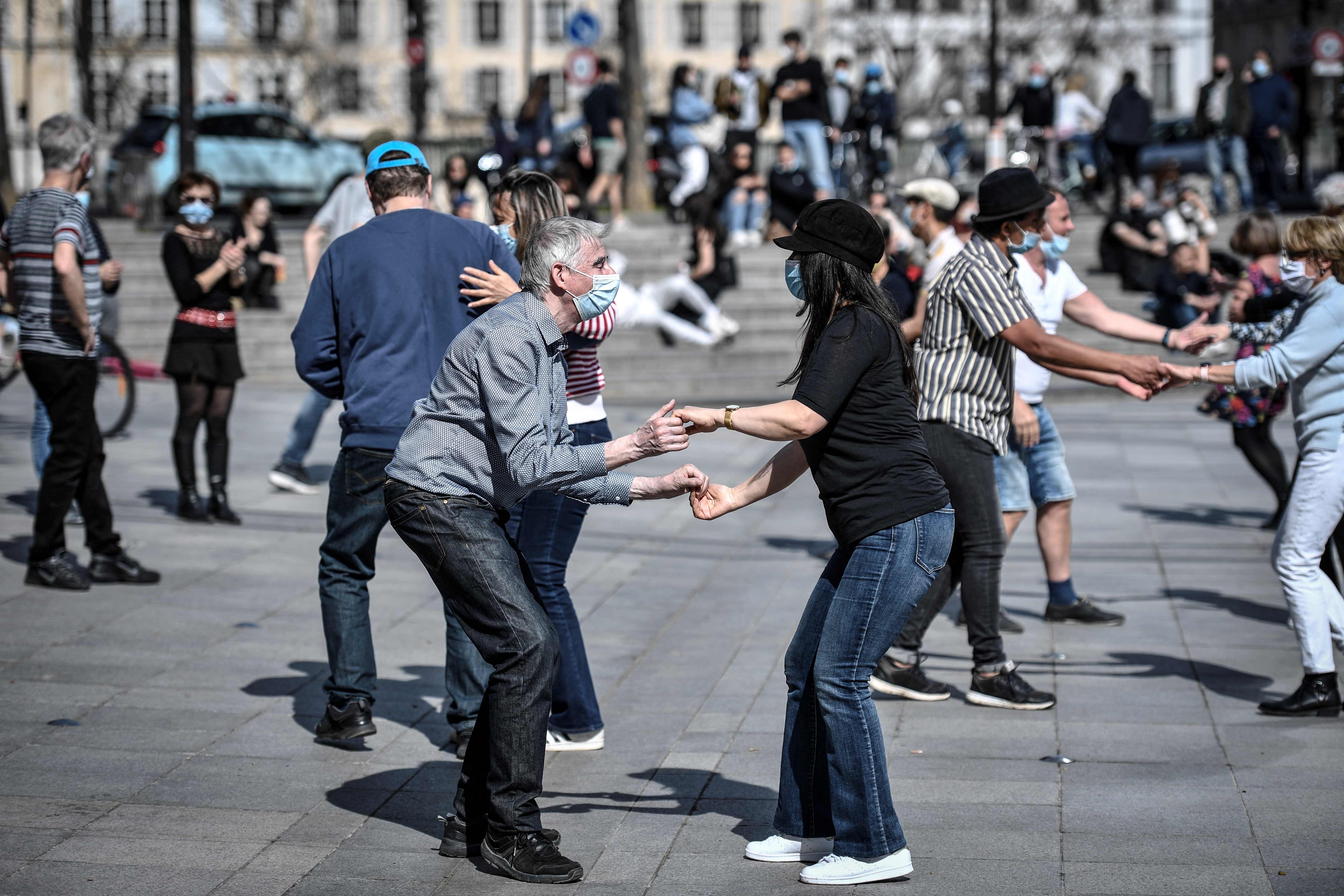 There was little sign they were keeping to social distancing regulations.

The capital's main shopping street the Champs-Elysees was also packed with people.

Crowds also flocked to the banks of the Seine to soak up the sunny weather.

In the middle of March Paris was plunged back into a month-long lockdown after a third coronavirus wave struck.

The scenes came after critical care doctors in Paris said surging coronavirus infections could soon overwhelm their ability to care for the sick in the French capital's hospitals, possibly forcing them to choose which patients they have the resources to save.

The sobering warnings were delivered on Sunday in in an opinion piece in Le Journal du Dimanche newspaper and signed by 41 Paris-region doctors.

The doctors said: “We have never known such a situation, even during the worst (terror) attacks that targeted the French capital, notably assaults by Islamic State extremists in 2015 that killed 130 people and filled Paris emergency wards with the wounded.”

The doctors predicted that softer new restrictions imposed this month on Paris and some other regions won't quickly bring the resurgent epidemic under control.

They warned that hospital resources won't be able to keep pace with needs, forcing them to practice catastrophe medicine" in the coming weeks as cases peak. 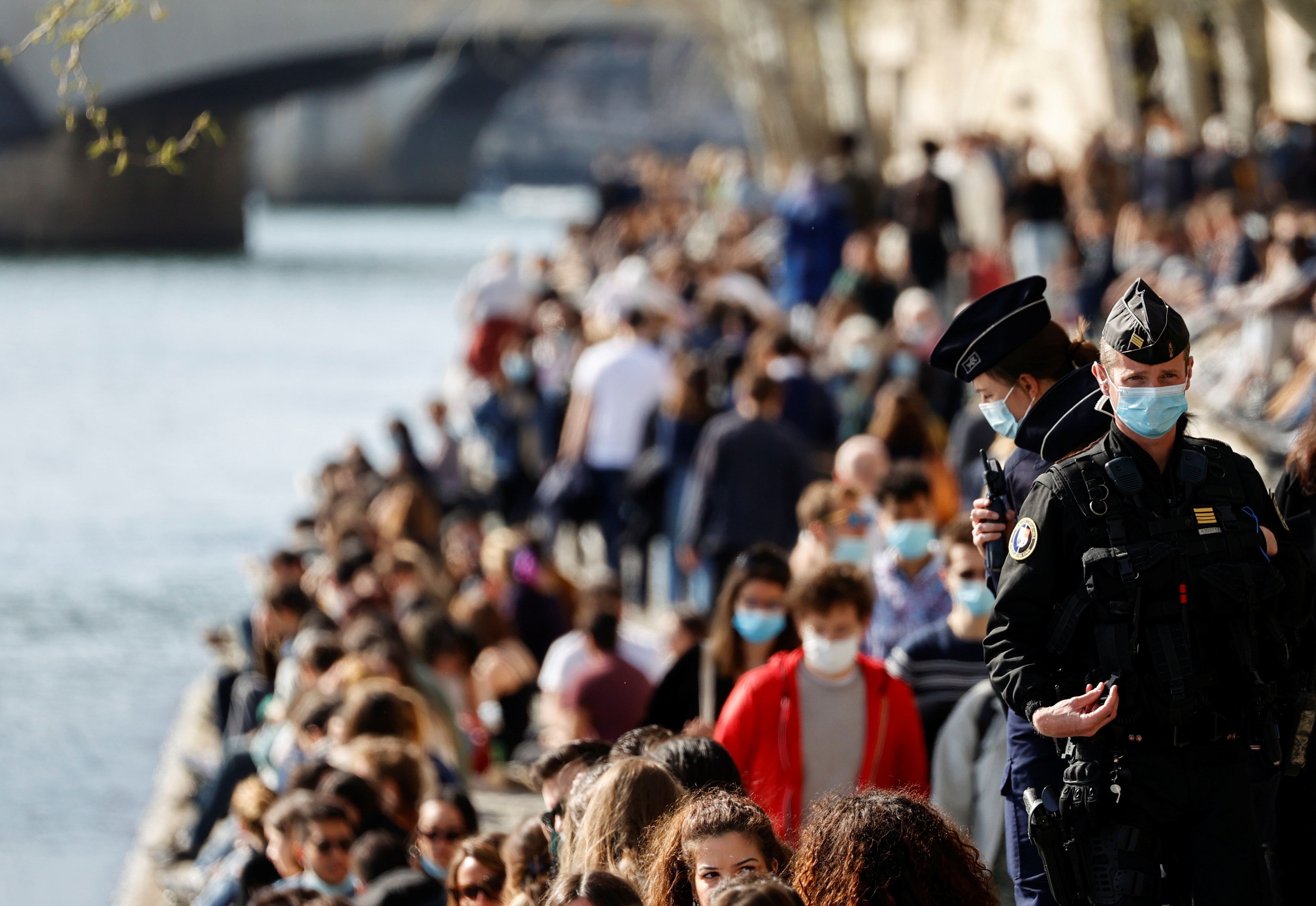 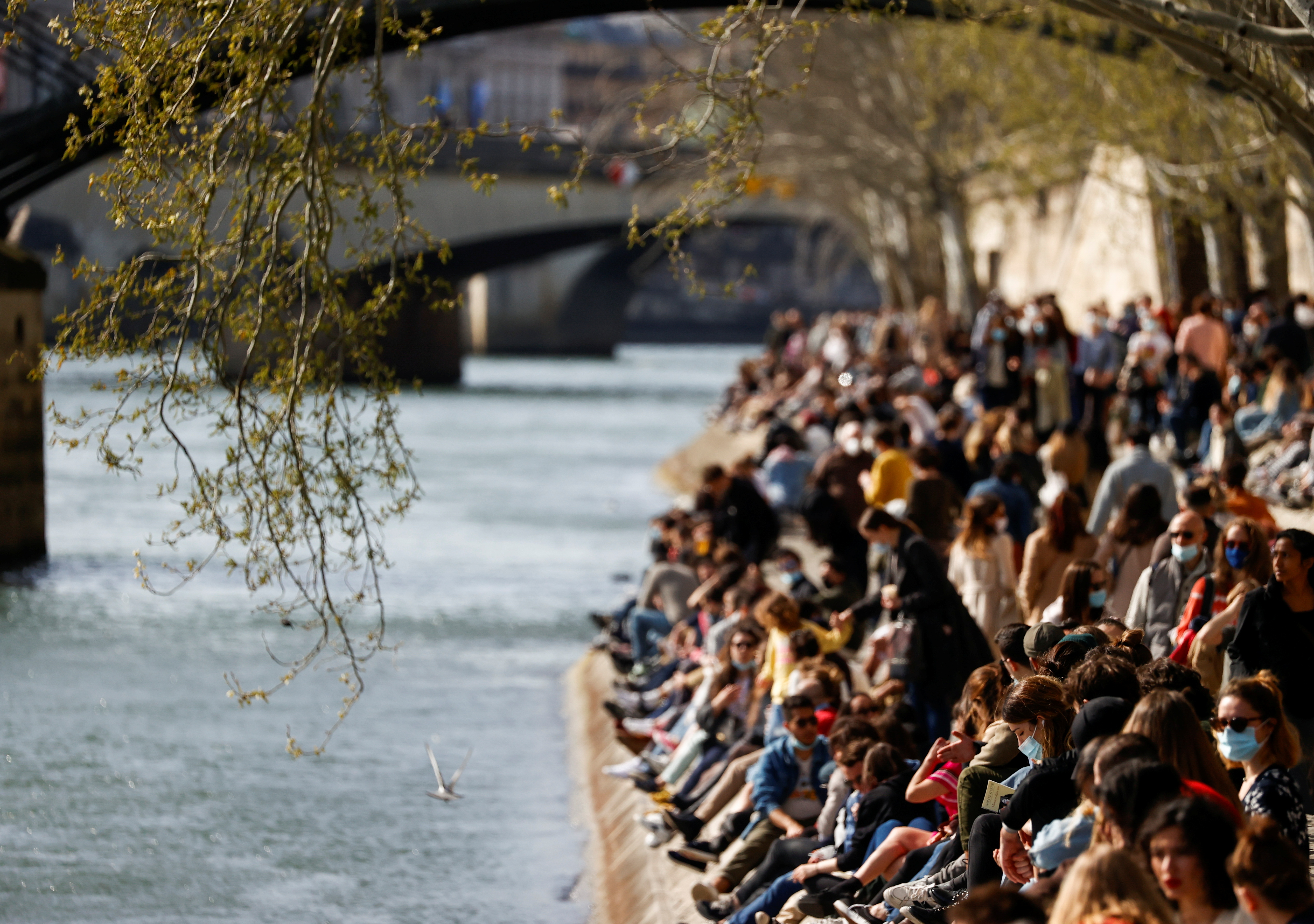 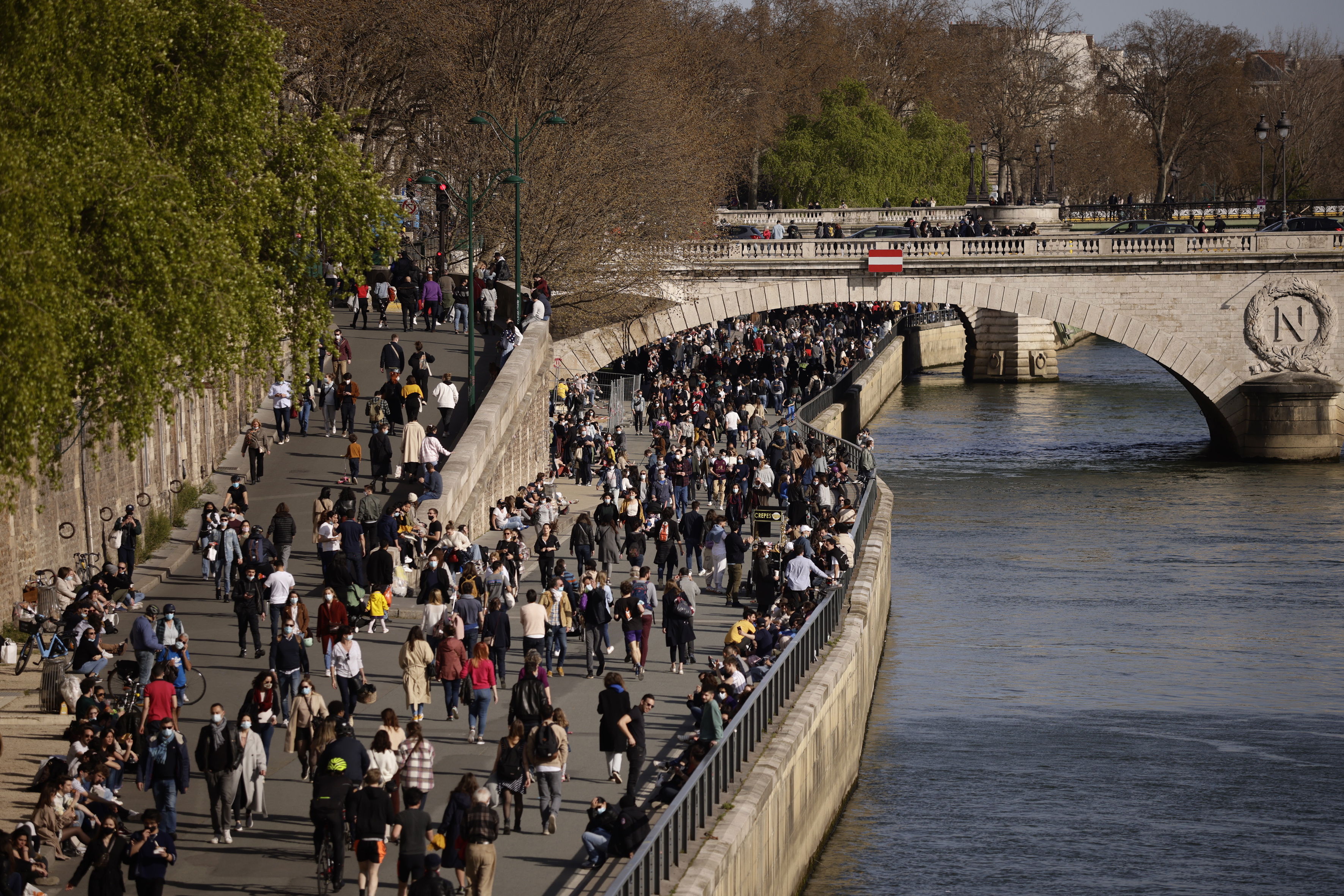 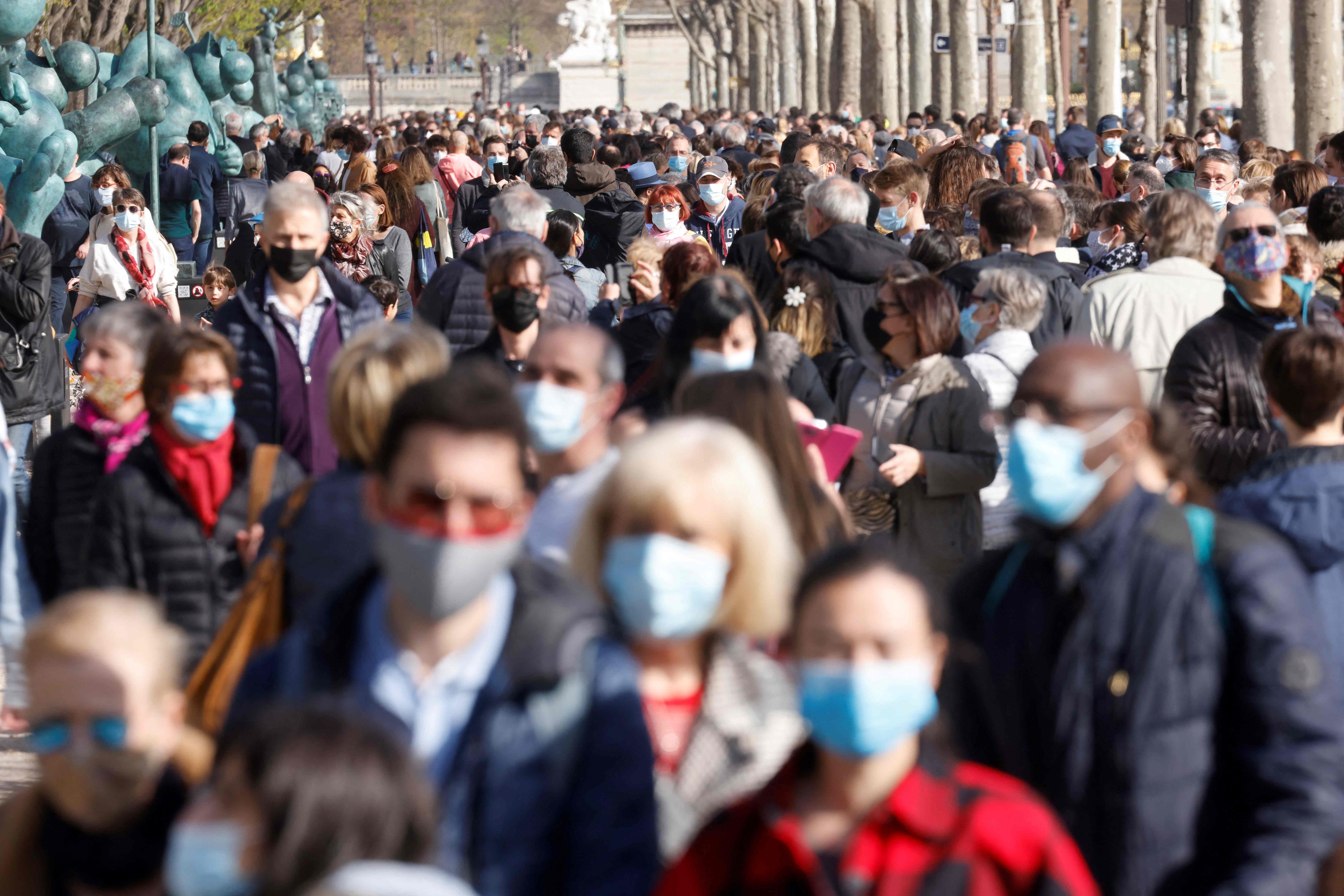 “We already know that our capacity to offer care will be overwhelmed," they wrote. “We will be obliged to triage patients in order to save as many lives as possible. This triage will concern all patients, with and without Covid, in particular for adult patients' access to critical care.”

Another group of nine critical-care doctors writing in Le Monde also warned that intensive care units in Paris may have to refuse patients.

“The current situation is tending toward prioritization, also called triage, “they wrote. “When just one ICU bed is available but two patients could benefit from it, it consists of deciding which of them will be admitted (and will perhaps survive) and which will not be admitted (and will quite probably die). This is where we are heading.”

They also accused Macron's government of hypocrisy by compelling health care workers to decide which patient should live and which should die, without stating so clearly. 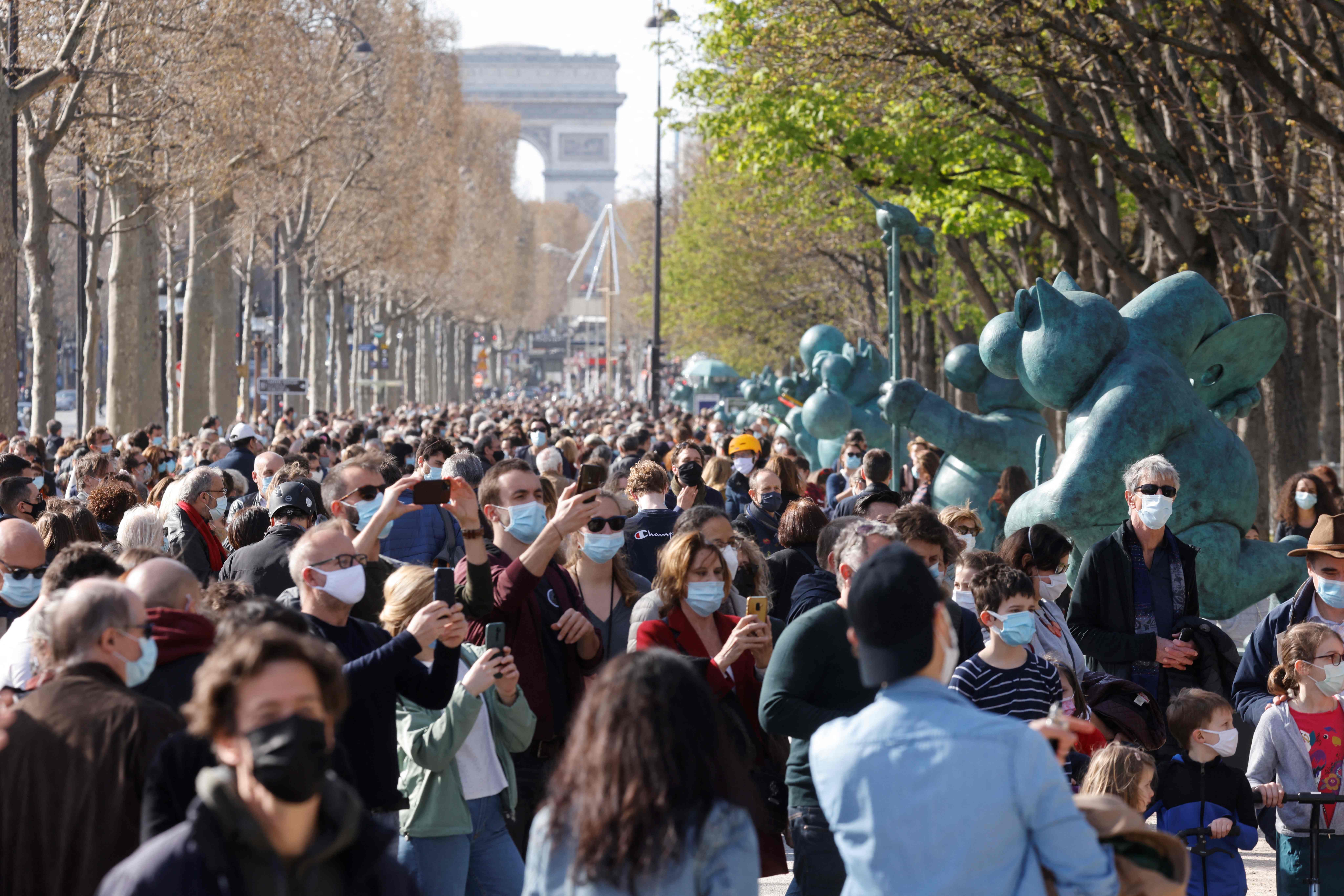 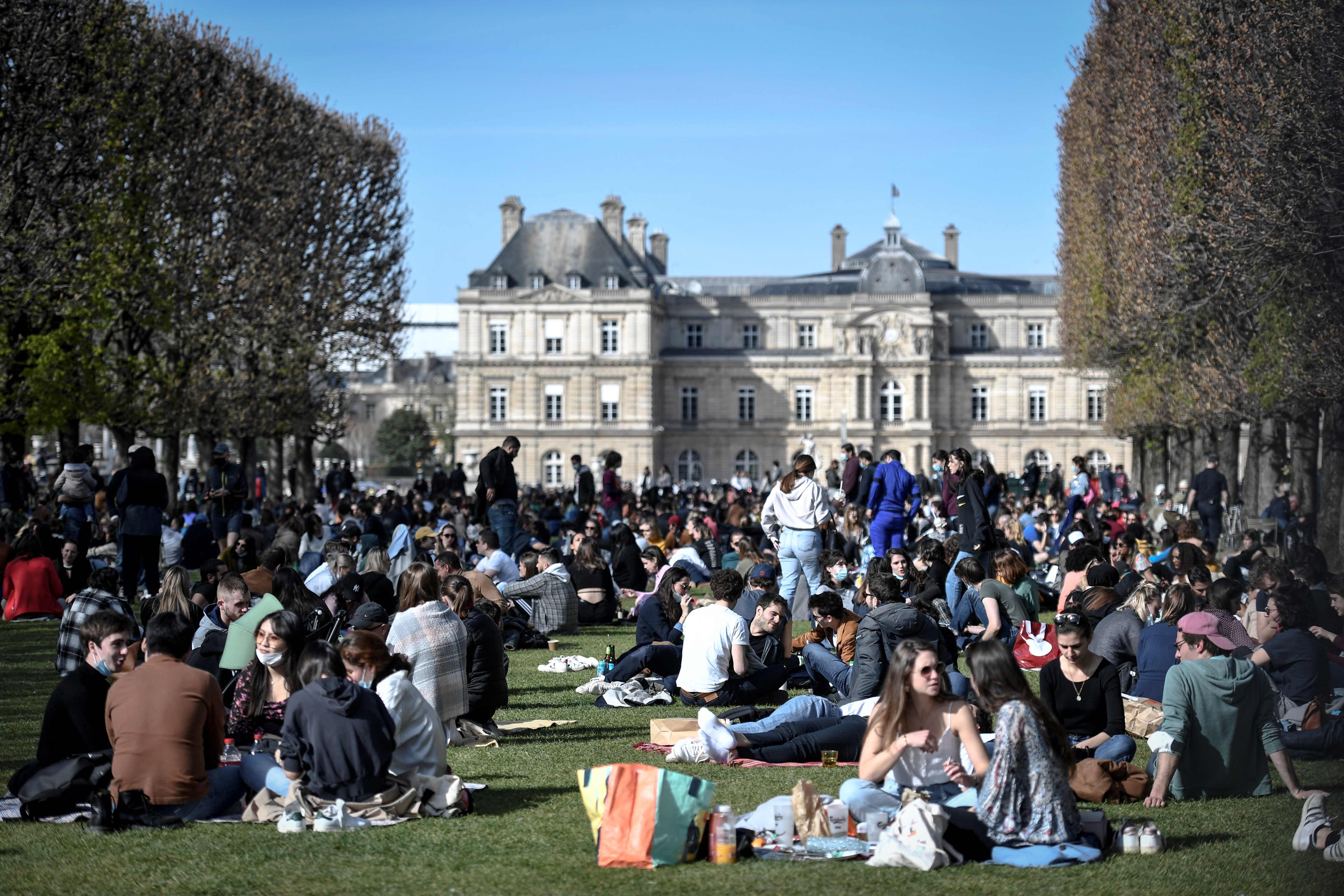 The warnings came as French President Emmanuel Macron has been vigorously defending his decision not to completely lockdown France again as he did last year.

Since January, Macron’s government has instead imposed a nationwide overnight curfew and followed that with a grab-bag of other restrictions.

But with infections soaring and hospitals increasingly running short of intensive-care beds, doctors have been stepping up the pressure for a full French lockdown.

Macron remains adamant that not locking France down again this year, like some other European countries, was sound government policy, even as more than 2,000 deaths per week push the country ever closer to the milestone of 100,000 people lost to the pandemic. 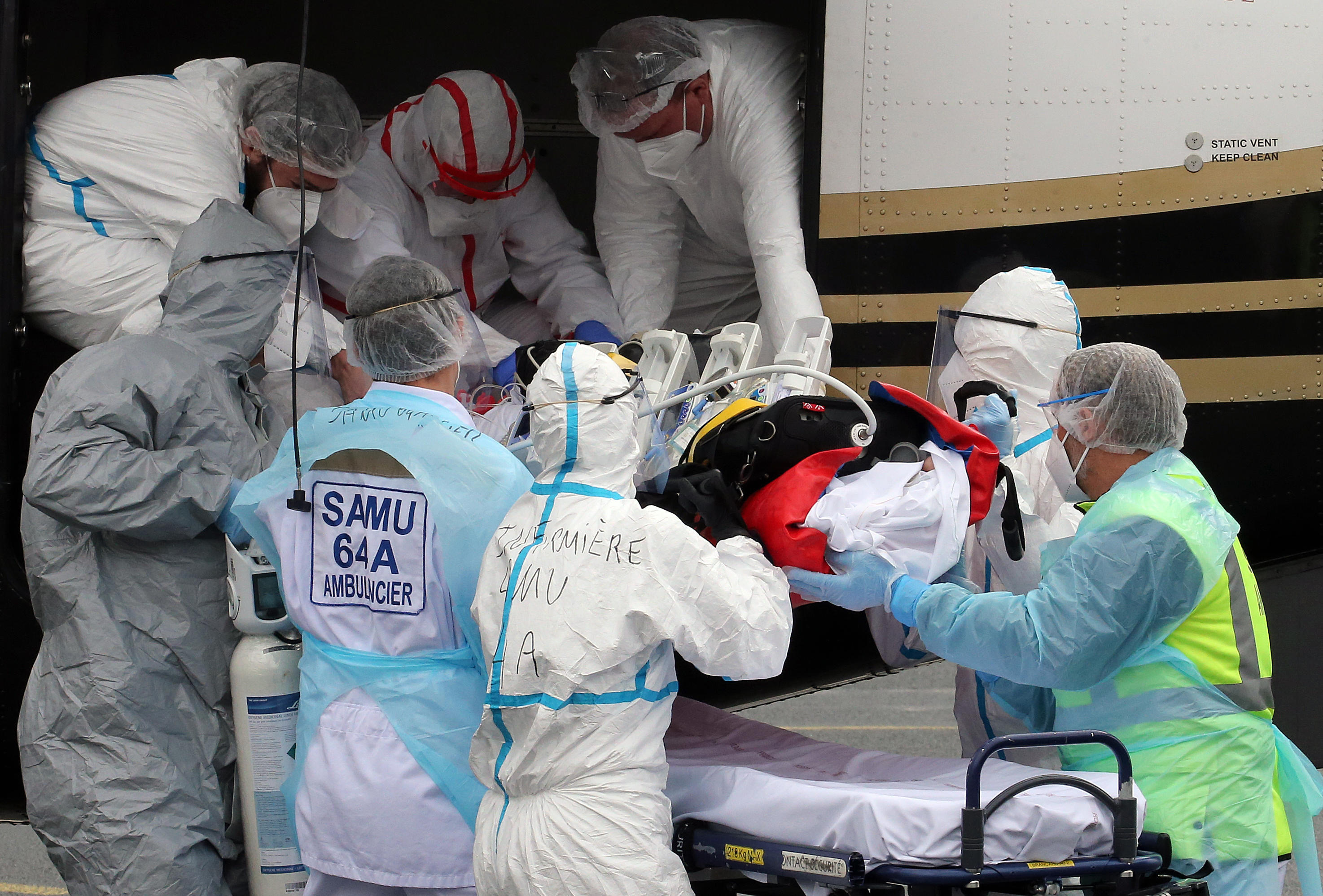 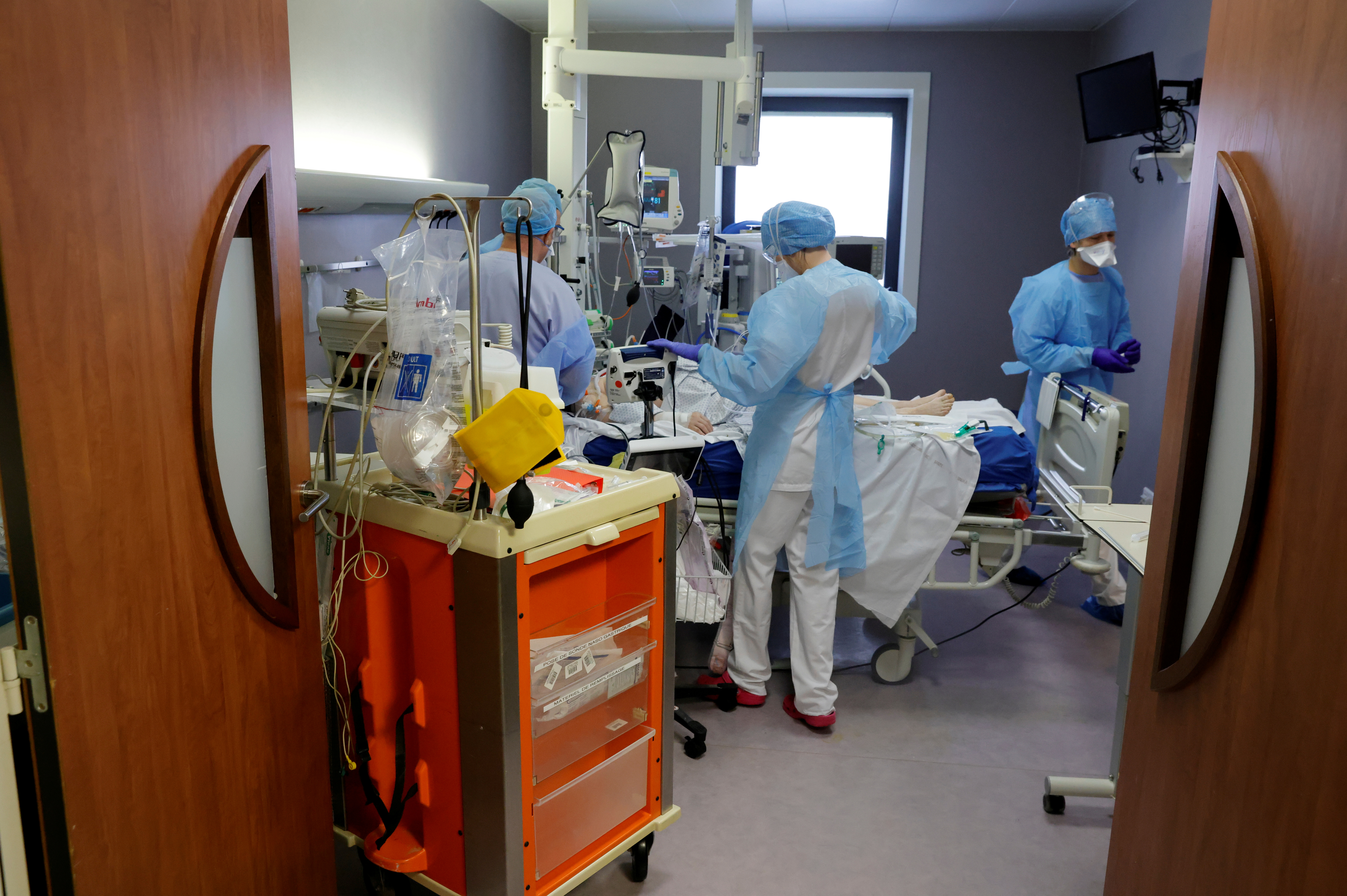 “We were right not to implement a lockdown in France at the end of January because we didn’t have the explosion of cases that every model predicted,” Macron said last week.

“There won't be a mea culpa from me. I don’t have remorse and won’t acknowledge failure.”

Macron's administration has been hoping to outrace the resurgent outbreak with its vaccination campaign, an ambition that appears increasingly unrealistic as hospitals struggle.

After a sluggish start in December, France's inoculation drive stepped up this weekend with the start of injections for healthy people aged 70 and above.

More than 7.7million people close to 15 per cent of all French adults have had at least one jab of either the Pfizer, Moderna or AstraZeneca vaccines.

The government says the pace will continue to pick up, with France expecting to get nearly 3million additional Pfizer doses this week.

The vaccines are coming, he said.

Breton also unveiled a mock-up of a proposed EU health certificate that could allow the blocs residents to cross its internal borders more easily.

The certificate shows if people have been vaccinated, tested negative for coronavirus or recovered from it. He said the certificate would be optional and could be available by mid-June. 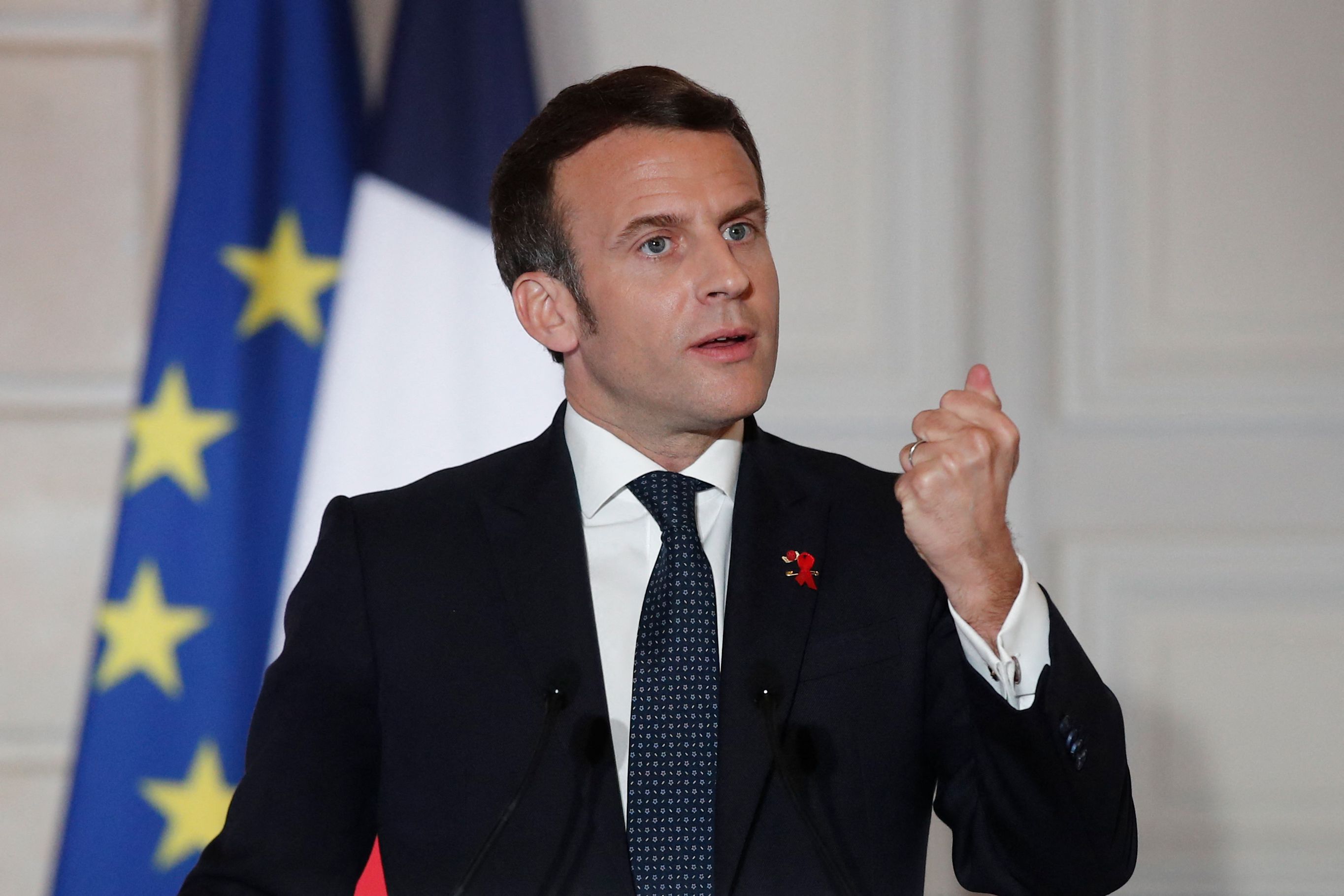