WHEN James Hingston’s elderly stepmum asked him to sharpen a kitchen knife, in his butcher’s shop, he thought nothing of it.

But a week later, the grey-haired 81-year-old used the very same knife to kill her frail husband – James’ dad Eric – as he lay in bed. 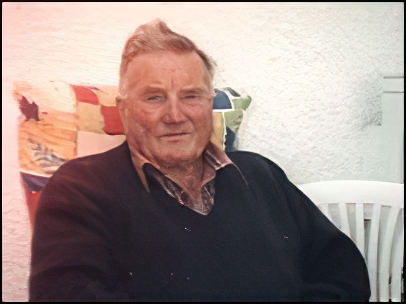 She then ransacked her Plymouth home to stage a burglary – pointing the finger at two local men to cover her tracks.

For weeks, no one suspected the “little old lady” as she played the part of the grieving widow, putting out a tearful plea to help find the killers and even writing a suicide note saying she “can’t live without Eric.”

But in 2004, Audrey became the oldest woman in the UK to be jailed after cops cracked the case, which features in Monday’s episode of Murder At My Door, narrated by Kym Marsh, on C+I.

Detective Sergeant Tony Carney, who was first on the scene after Eric was murdered, told the Sun: "Audrey came across as very plausible, a very frightened lady who was in shock.

"She played the role of a grieving widow very convincingly." 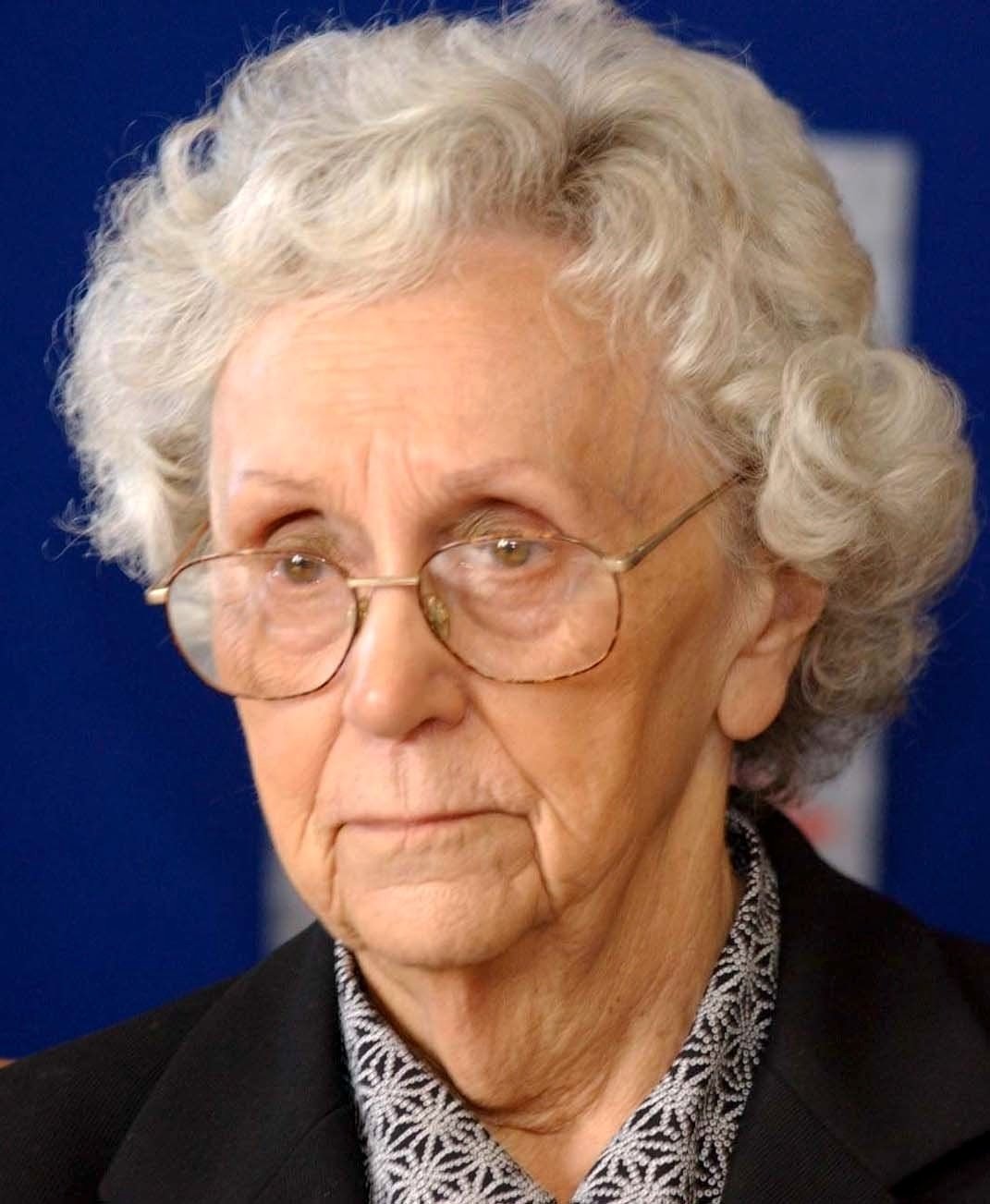 Eric and Audrey Hingston were both widowed when they met in and married, in 1985.

A former RAF pilot, who had flown covert missions in occupied France in World War II, Eric opened a butcher shop in Plymouth and was a well known face in the area.

The couple – 62 and 60 when they wed – had a full social life and enjoyed driving out to local beauty spots, stopping for pub lunches along the way.

But Eric was a chronic asthmatic and as he turned 80, he became sick with heart problems, leaving Audrey to become his full-time carer.

On a warm night in August 2003, at 3.44am, Audrey made a 999 call saying the couples’ flat, above the shop, had been burgled and her husband had been attacked.

DS Tony Carney was the first policeman to speak to Audrey.

“I was confronted by a little old lady and she was obviously very upset, quite tearful, in shock, as you would expect,” he says.

She told him that two men had broken into the house and murdered Eric.

Audrey, who slept in a different room, said the men fled when she disturbed them – but not before she got a good look at them.

She described one assailant as having “a very distinctive appearance, 6ft 1in tall, wearing a deerstalker hat and white trousers” and said his partner was short, about 5ft 8in and stocky. 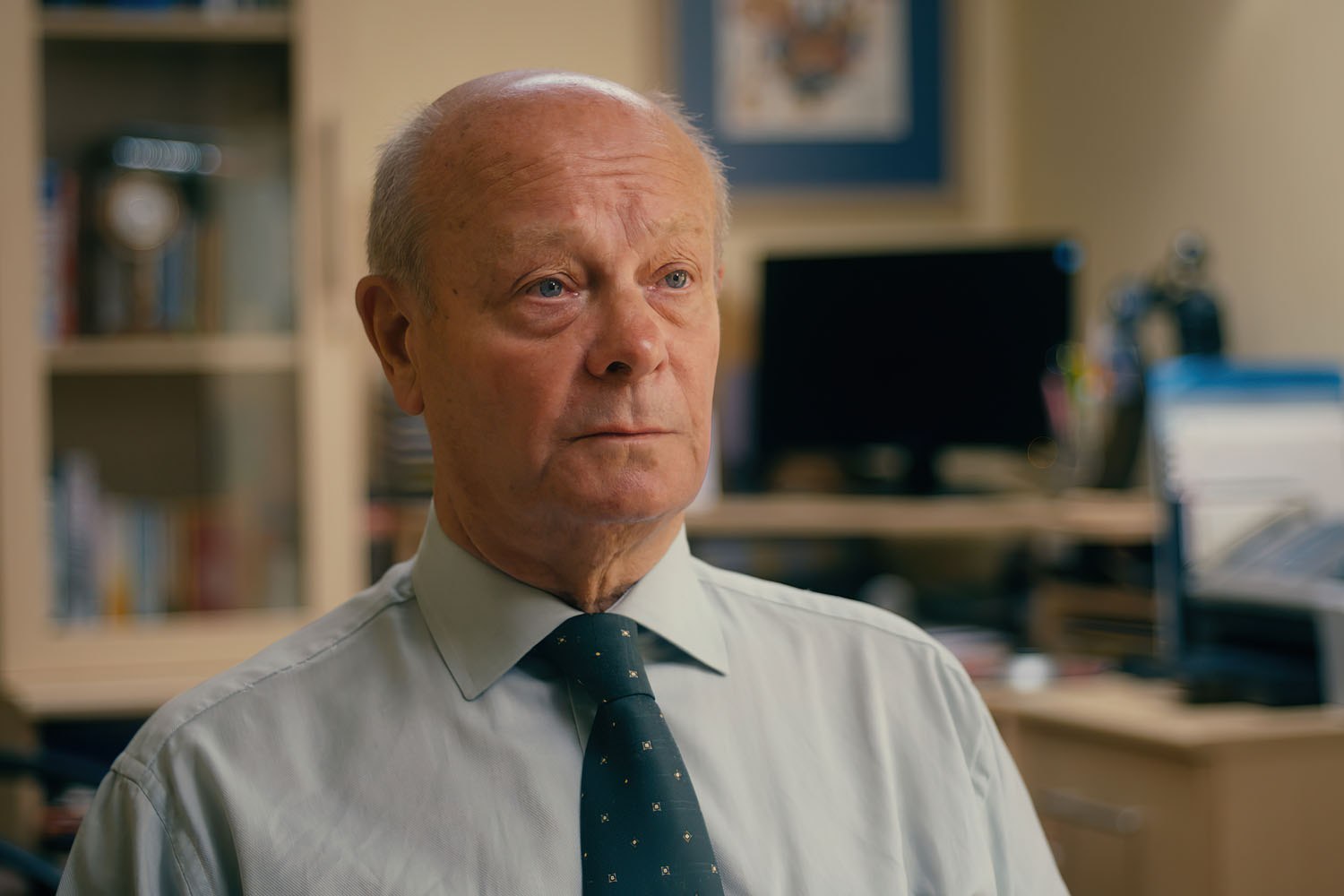 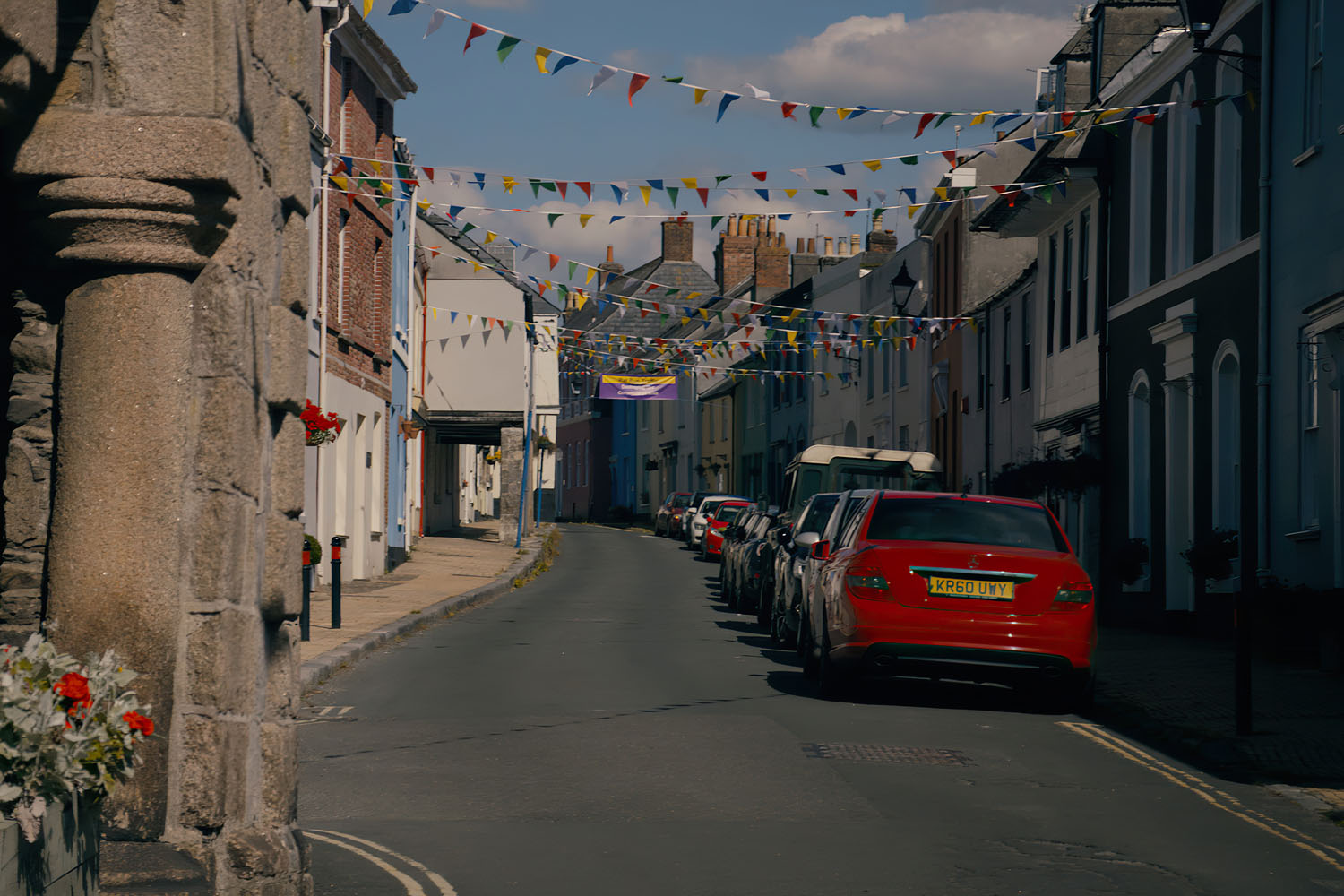 Upstairs, police found the home had been ransacked, with wardrobe doors and drawers open and clothes strewn.

Eric lay on the bedroom floor, where paramedics had tried to revive him with a defibrillator before realising he had a pacemaker – which gives a false pulse reading after the heart stops.

“Eric had been killed by a downward thrust from a long sharp bladed instrument, which had gone past his collar bone and punctured his lung,” says Carney. “There wasn’t a lot of blood at all.”

By the window – which Eric always left open when he slept – they found a bin bag full of jewellery, apparently discarded in the burglars’ panic.

“It looked like a typical burglary scene,” says Tony. “There was nothing immediately suspicious about her account at all.” 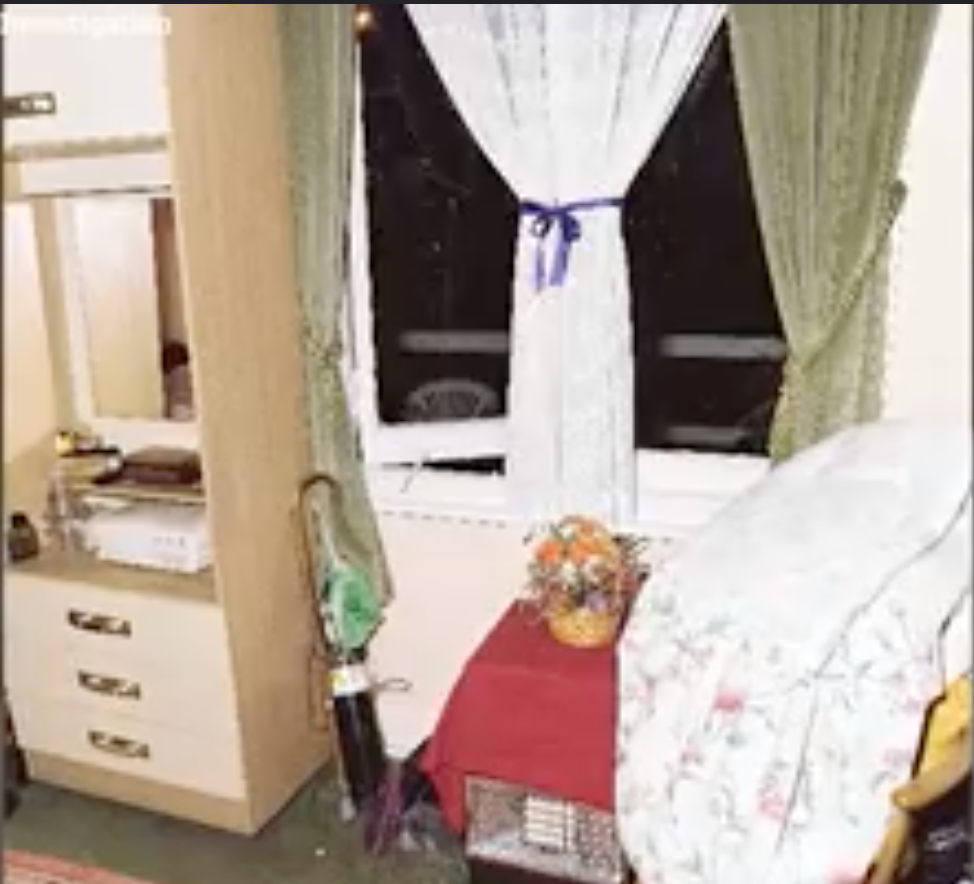 Days later, a fragile Audrey gave a press conference, pleading with anyone who had information to come forward.

“During the early hours of Friday morning, two men came into my home and ruined my life,” she told a sympathetic group of reporters.

“My husband Eric did not deserve this. As a frail man, any resistance he put up could easily have been overcome by these two young men. There was no need for them to go to the lengths they did.”

The detailed description of the suspects fitted two men who had been seen in the area, and who now handed themselves in – as worried locals breathed a sigh of relief.

But there was a problem – they had cast iron alibis.

“The men lived in a bail house, which had night staff on and they couldn't have got out of any windows at night, because they didn’t open enough,” reveals Tony.

“They couldn’t have been there so they were released.” 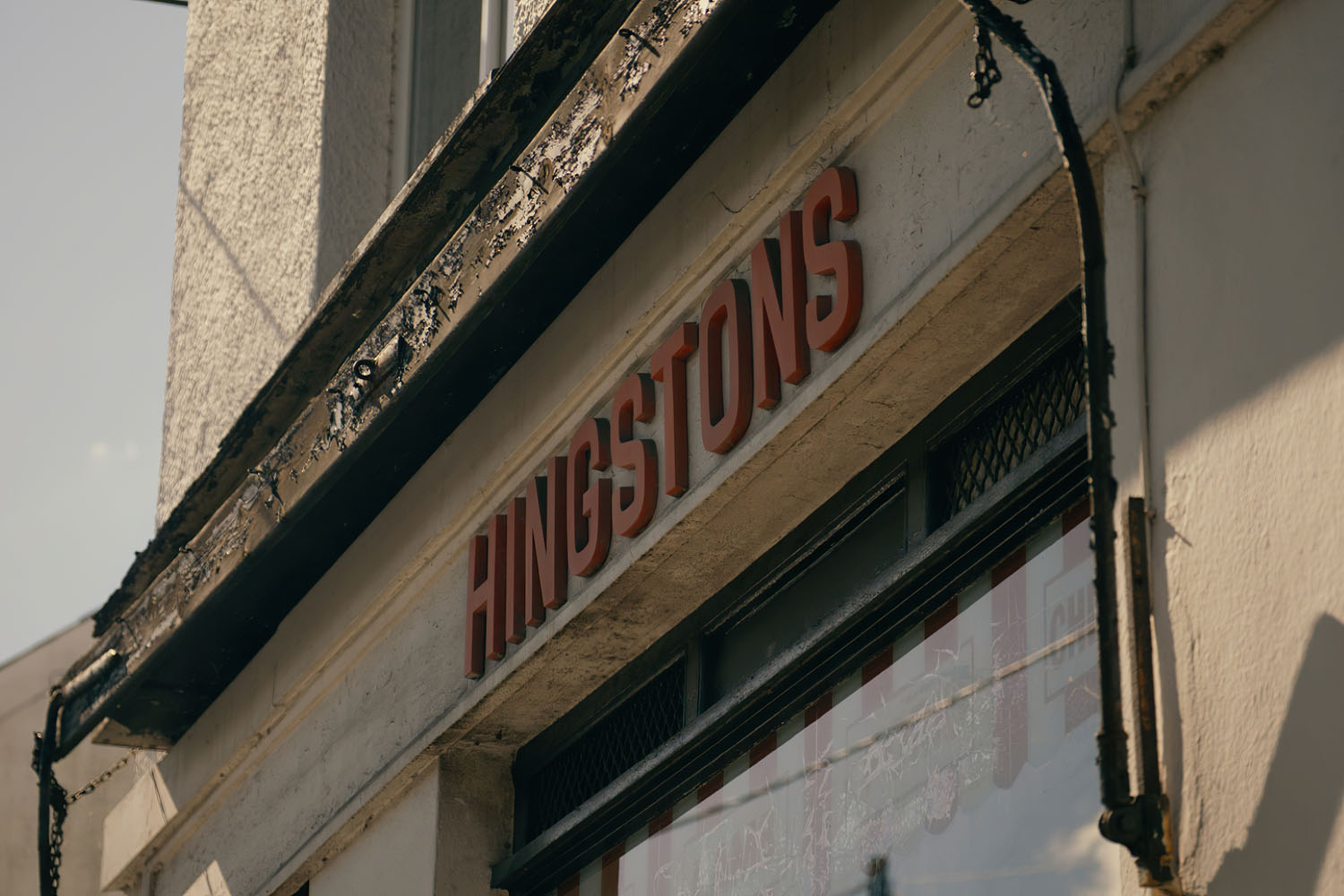 At the same time, the forensic search of the flat showed no fingerprints or DNA material on the furniture, other than Audrey's, and nothing on items placed in the bin bags.

The open window, which has a flat roof outside, was the only possible point of entry but there were no clothing fibres, or particles of dirt or gravel from the outside area, found close by.

Police conducted one more search on the property – discovering a crucial piece of evidence that had previously been missed.

“A 7in serrated knife had been hidden down the side of the cutlery drawer,” says Tony.

“It had traces of blood on it, which turned out to be Eric's.

“It also transpired that a couple of weeks earlier, Audrey had taken that knife into James Hingston, who now ran his dad’s butcher shop, and asked him to sharpen it.

“Having identified those two men, and having previously had the knife sharpened, it was beginning to look a premeditated event.” 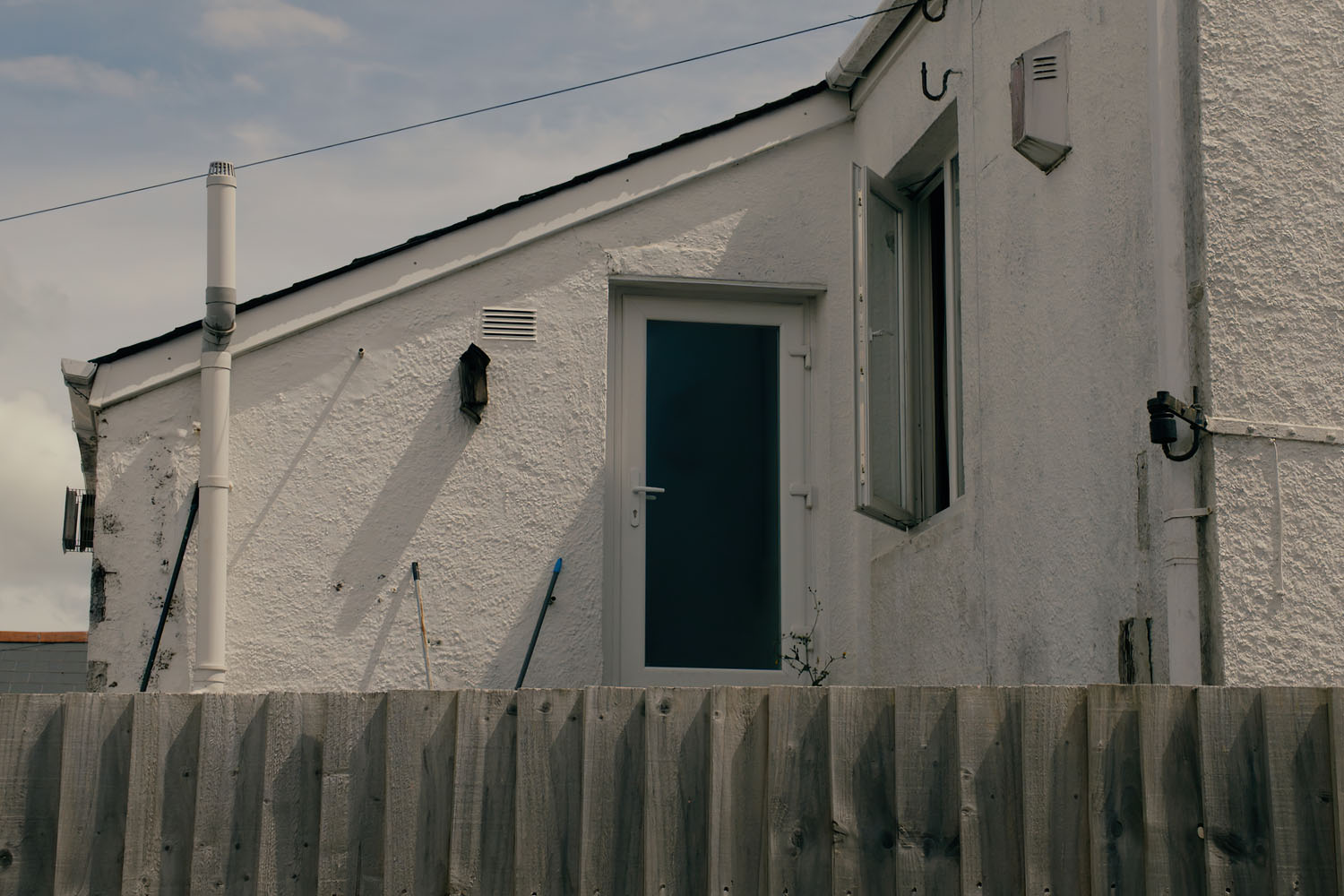 The net was closing in but, before police could question her again, Audrey tried to take her own life, and was rushed to hospital.

She left an impassioned note reading: “Please catch these terrible people who ruined my life. I cannot live without Eric.”

“Whether this was a real attempt at suicide, or whether it was a ploy to put forward a picture of a grieving widow who couldn’t live without her husband, I’m not sure,” says Tony.

“The social workers who visited her in hospital thought she wasn’t displaying the grief and sorrow you'd expect from an elderly person who suffered such a grievous loss, and the family felt she was holding something back too.”

Growing increasingly unconvinced by Audrey’s story, the police even reconstructed the break in to see if it could be done without leaving trace evidence on the window and surrounding areas. It couldn’t.

In another breakthrough, a driver making a delivery at 2am, on the night Eric died, recalled hearing “groaning noises like someone was in pain” coming from an upstairs window and the post mortem placed the likely time of death earlier than the 3.44 am call made by Audrey.

“Audrey had been opening wardrobe doors and drawers, scattering the contents and filling a bin bag, all the while that Eric was lying on the floor, possibly still alive and in great pain,” says Tony. 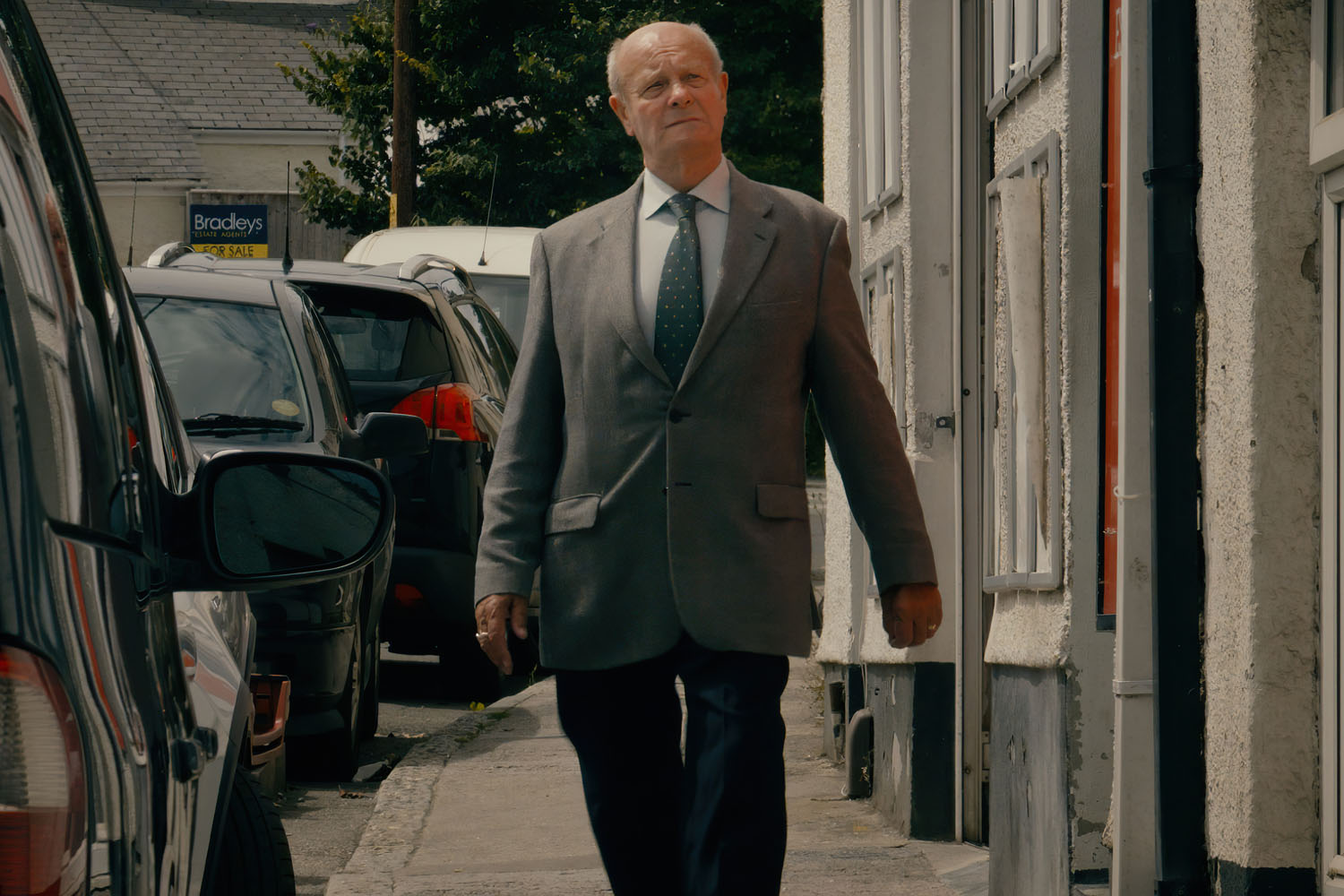 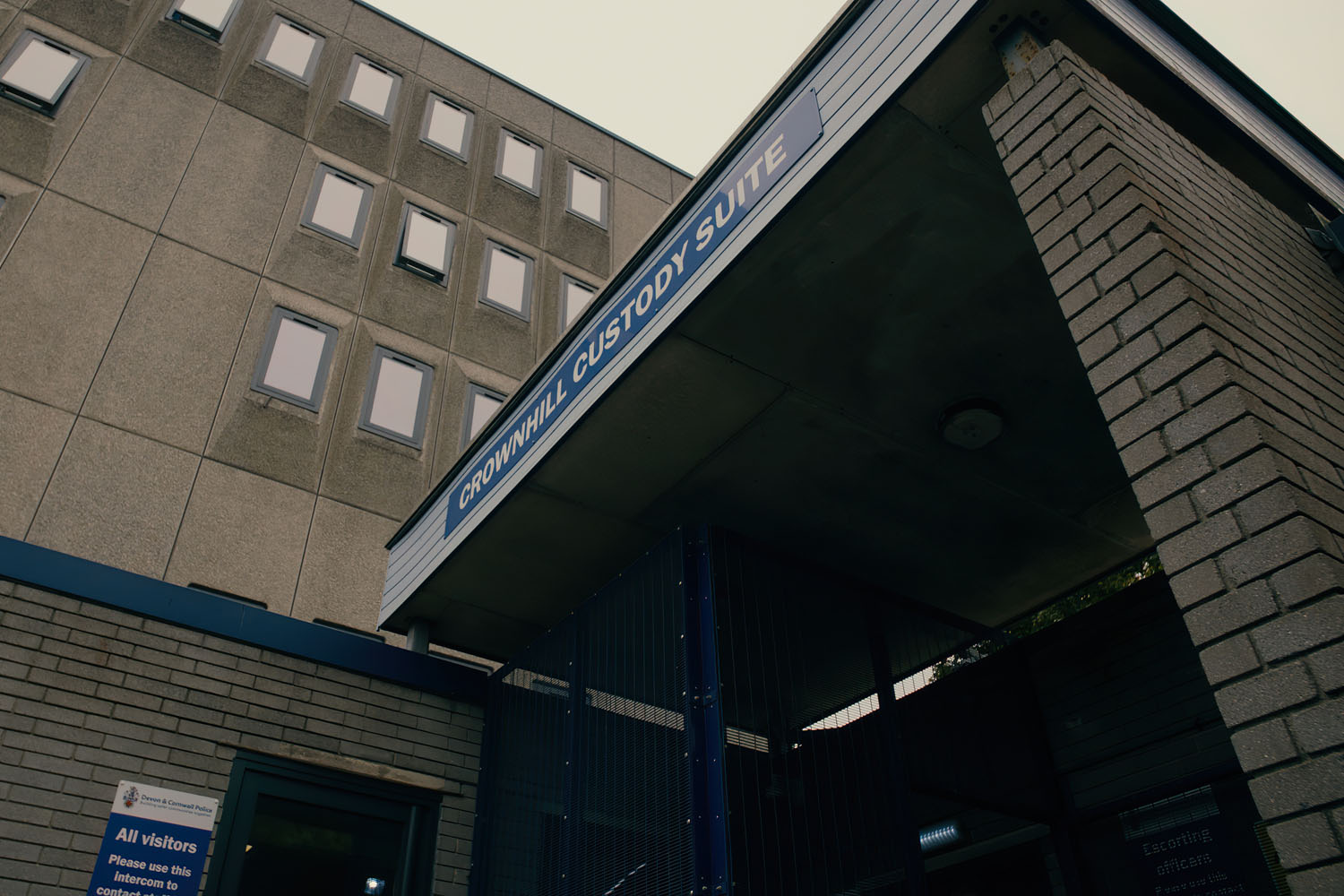 Oldest female to be jailed

On October 7, 2003, Audrey was arrested – news that sent shockwaves through the community.

“To suddenly be told this little tiny old lady, with curly grey hair, had apparently done something so cold-blooded was shocking.”

Audrey still denied it, only confessing to her son – a retired Detective Sergeant – when he urged her to come clean.

“She finally confessed she got fed up with looking after him,” says Tony.

“They had a good life before he got ill, but she'd been forced to become his carer and she just couldn't cope anymore.”

In March 2004, after a one day trial in which she pleaded guilty to manslaughter through diminished responsibility, Audrey was sentenced to two years in jail.

She served just seven months before being released. She died 12 years later.

Eric’s son James and wife Sally were not aware of the date of trial and felt they had been misrepresented by a witness impact statement, written before they knew Audrey’s part in his death.

“The judge stated that due to Audrey's age, the six months she spent in custody and lack of any danger to the public, her sentence was appropriate," says Tony.

“James and Sally felt it was a very lenient sentence and were very surprised, but their appeal was turned down.” 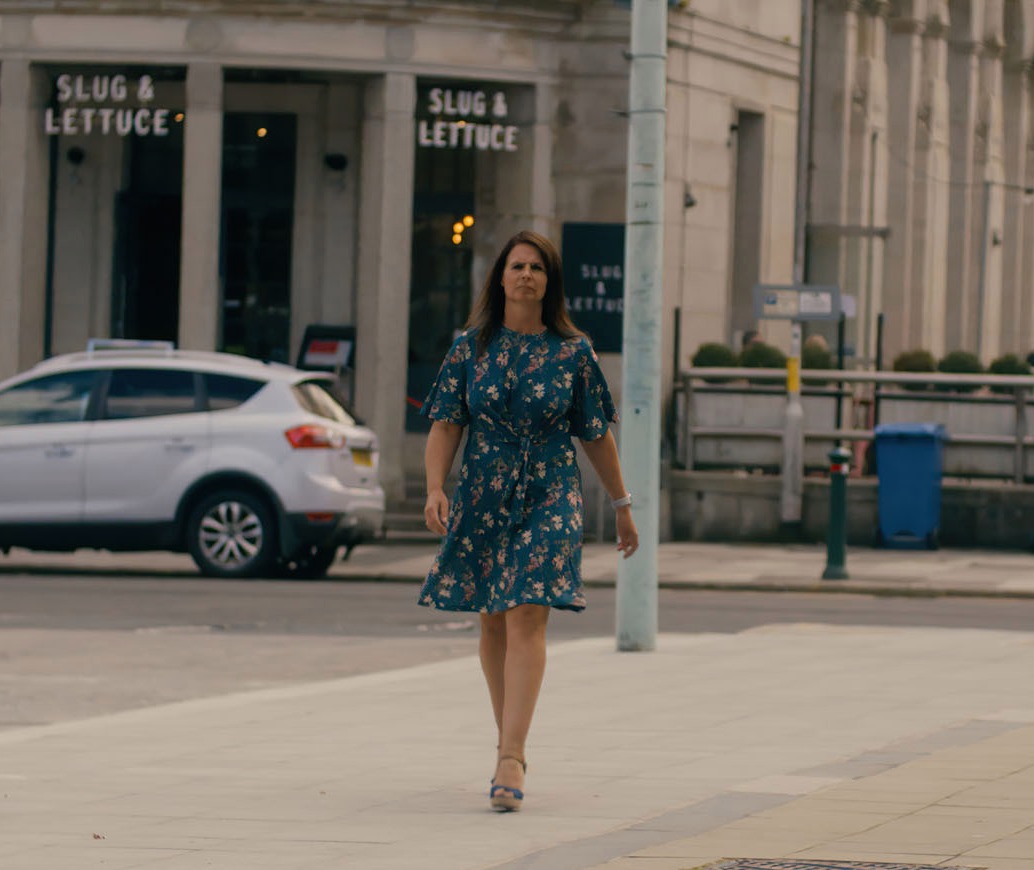 Jacquie, who spent a lot of time with the Hingston family over the course of the investigation, says they were devastated by Audrey’s behaviour.

“They were particularly upset that she would point the finger at two young men who were then picked up and arrested,” she tells the show.

“She was willing to let them take the blame for what happened. They really feel she was an incredibly calculating woman.”

Murder At My Door airs on Crime+Investigation on Monday, at 9pm