Then, on the second day of early voting, Harris County voters surpassed 2016’s record again. And again on the third. And yet again on the fourth.

Historically a low-turnout state, Texas now leads the nation in early voting, with more than 6.3 million ballots cast. And Harris County, which includes Houston and its sprawling suburbs, is leading the way, thanks to efforts by local leaders to expand access to voting, even as county and state-level Republicans try to shrink it.

Already, 951,066 Harris County voters have cast ballots either at early in-person polling locations or by absentee ballot. That is 98% of all the early and absentee ballots cast in 2016, and 73% of the total 1.3 million votes in that election. This year’s early votes and absentee ballots are almost certain to eclipse 2016’s vote total before anyone goes to the polls on Nov. 3.

These record-breaking numbers are hugely consequential for the 2020 presidential election. Texas hasn’t seen a competitive presidential race since Bill Clinton was president, and a Democrat hasn’t won the state since Jimmy Carter in 1976. But President Donald Trump’s deep unpopularity in heavily populated urban and inner-ring suburban regions is helping Democratic nominee Joe Biden run almost even with Trump in states like Texas once seen as untouchable to Democrats.

Harris County is exactly the type of region primed to dislike Trump. It boasts a racially diverse population and high levels of college graduates among the 2 million residents of Houston and its suburbs. Being the state’s most populous county with 4.7 million residents, it is key to Democrats who rely on such demographics to win elections. And the region has swung hard for Democrats since Trump became the Republican Party leader.

In 2016, Democratic nominee Hillary Clinton beat Trump in Harris County by more than 12 percentage points. That was a huge improvement over President Barack Obama, who only won the county by slim margins of around 1 point in both 2008 and 2012. After Clinton’s dominance, Democratic Senate candidate Beto O’Rourke increased the spread against Sen. Ted Cruz (R) to a 16.7-point margin. Harris County’s huge voter turnout could be a sign of an even greater margin for Democrats this time. 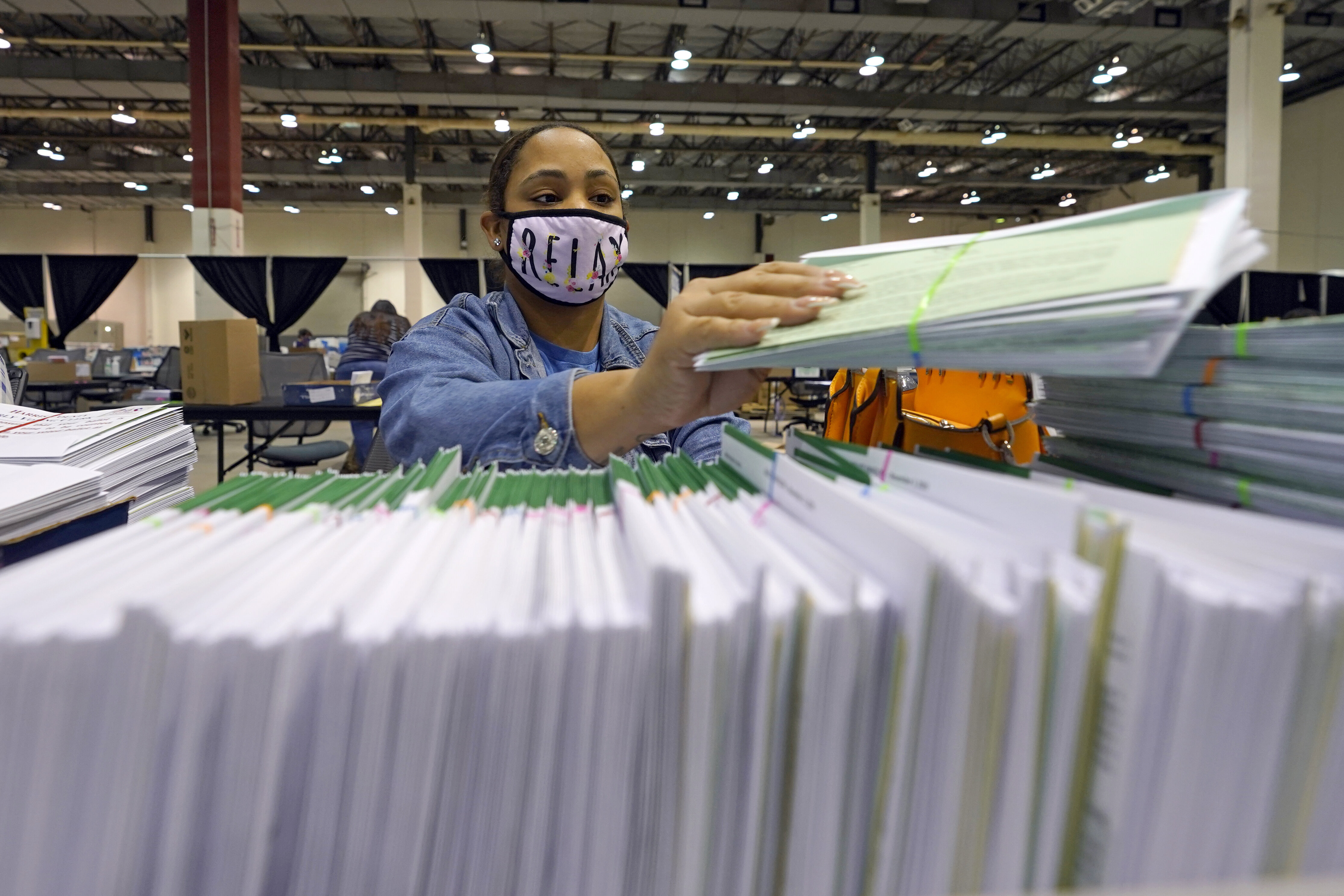 Harris County’s massive early vote turnout did not just materialize out of nowhere. Nor is it solely the result of the first contested presidential election in Texas in a quarter century. The county’s early voting success is the result of an effort by city leaders to make voting easier, safer and more accessible during the coronavirus pandemic ― something that Republicans have fought tooth-and-nail.

“Our priority was to ensure, and is to ensure, that every single voter can cast their vote safely and conveniently and with the peace of mind that their vote can be counted,” Harris County Clerk Chris Hollins said.

The county has done just that, under Hollins’ leadership and with the support of County Executive Lina Hidalgo, the county commission and numerous voting rights and community organizations.

Instead of shrinking the number of polling sites, as many localities have done during the pandemic, the county expanded the number of early voting locations from 40 in 2016 to over 120. Ten polling sites allow drive-thru voting. An additional eight will soon open as 24-hour locations. And every county resident over the age of 65 was mailed an absentee ballot application.

This was all possible due to a huge bump in funding from both the county commission and the federal government. Harris County’s election spending jumped from $4 million in 2016 to $33 million in 2020. This is being funded from $12 million in appropriations from the county and $17 million from the CARES Act, the first federal coronavirus relief package and only one containing money for elections.

These additional funds enabled the county to pay for the increased number of election workers needed to expand early voting polling locations, purchase personal protective equipment for those workers and buy new machines to scan and process an influx of absentee ballots.

“We wouldn’t have been able to do any of this without increased funding,” Hollins said.

The county’s success also was shaped by the experiences of other counties and cities that held primary elections during the pandemic. Election officials in Maricopa County, Arizona, explained their successful communications operations. Those in Miami-Dade County, Florida, provided information on how they coped with a decline in election workers. And officials in Wisconsin described how drive-thru voting worked.

The idea for 24-hour polling sites came from consultations with voting rights and community organizations. The only other jurisdiction in the country to operate around the clock is Las Vegas. 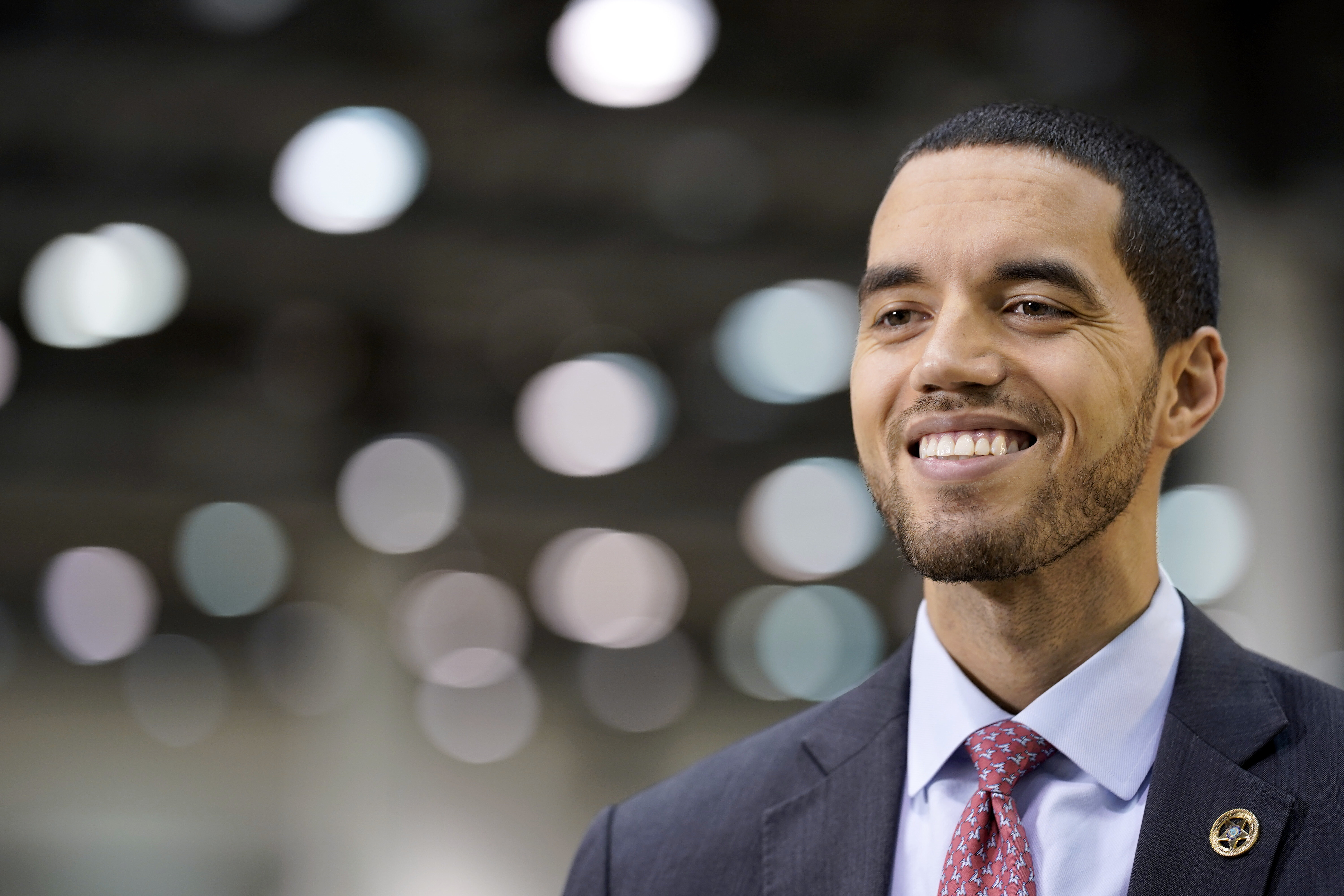 That’s why the 24-hour sites will be located close to locations with a lot of shift workers, like Texas Medical Center.

But not everyone is enthused with how Harris County has made it easier and safer for residents to vote.

“Every single thing we’ve done to make voting easier for the people of Harris County has been met by opposition by those who don’t want people to vote,” Hollins said. “And more often than not, that has directly included the Republican Party or Republican elected officials.”

In their effort to block Harris County’s plans to increase access to voting, Republicans have filed lawsuits in state courts.

The first challenge came in response to Hollins’ plan to mail an absentee ballot application to all registered voters. Texas is one of the very few states that has refused to allow every registered voter to to cast an absentee ballot during the coronavirus pandemic. Voters over age 65 are eligible, as are those who are sick or disabled. Mailing absentee ballot applications to all voters would reach those who are eligible, but also some who do not qualify for absentee voting. The Texas Republican Party sued to block this, and the Texas Supreme Court ― stacked with Republican appointees ―- shot down Hollins’ plan.

A second challenge, from the Harris County Republican Party, sought to invalidate the 70,000 votes already cast in the county’s drive thru polling sites and to shut them down by claiming that Hollins did not have the authority to provide such access. This time the Texas Supreme Court refused to hear the appeal, thus allowing drive-thru voting and those 70,000 votes to stand.

As the unprecedented early vote numbers show, however, Republican efforts to suppress the vote in Harris County have not worked.