NERVE-WRACKING video shows a bear slowly creeping within just a few feet of a group of hikers in upstate New York.

The footage shows a woman sitting on a rock as a black bear slowly creeps up from behind. 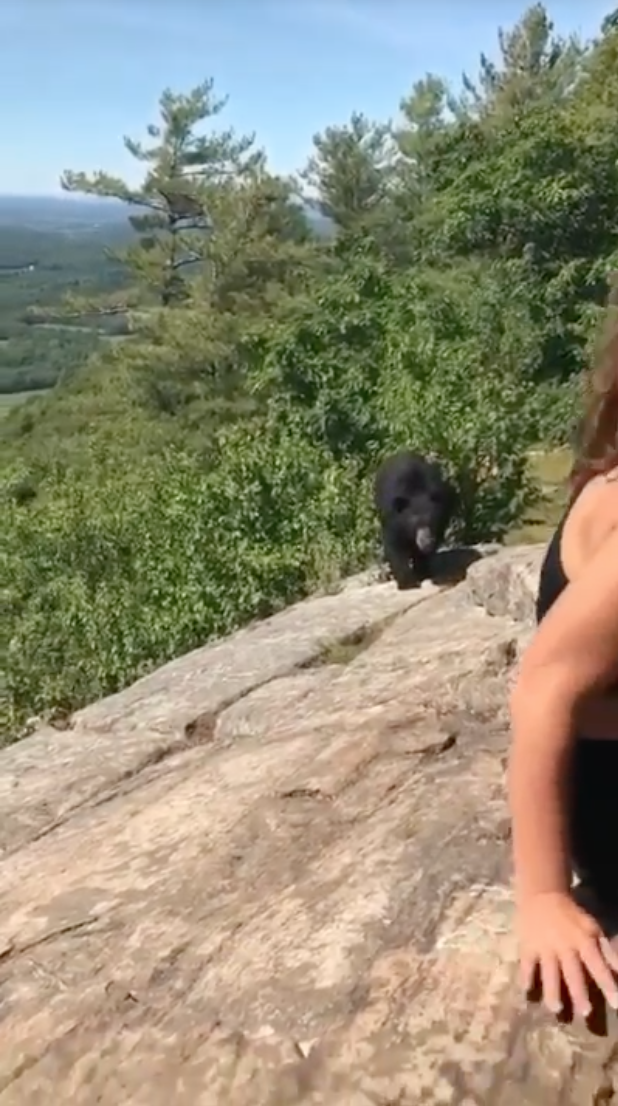 "I think we should move" the cameraman says off camera as the black bear climbs up the rock towards the hikers.

The bear gets as close as a few feet away from the woman sitting on the rock, before she gets up slowly and walks away.

All the while, the bear stares at her and pauses, motionless. 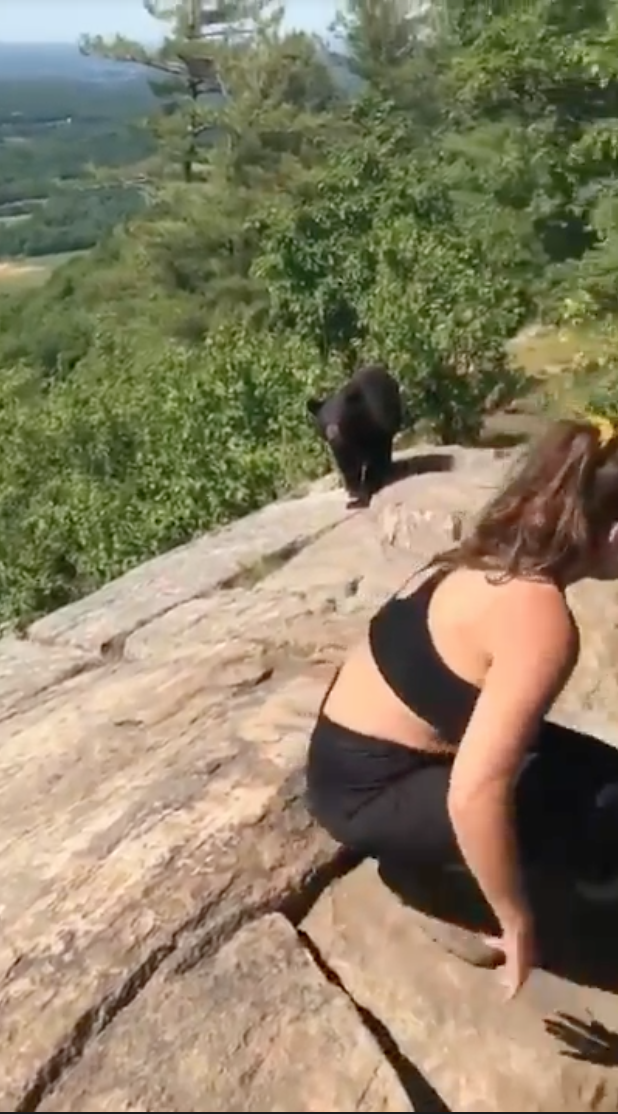 As the group walks away from the rock, the bear continues climbing up, walking in the same direction as the group.

A few seconds later as the group strays from the rock, a big black bear head juts into the frame and fully walks into the camera frame, standing atop the rock the groups had been on moments earlier.

The video ends just as the bear continues walking towards the group, now climbing down the rock.