A HERD of mountain goats have taken over a sleepy Welsh town – causing havoc for locals.

More than 150 animals have been roaming free in Llandudno, North Wales amid a spike in breeding during lockdown. 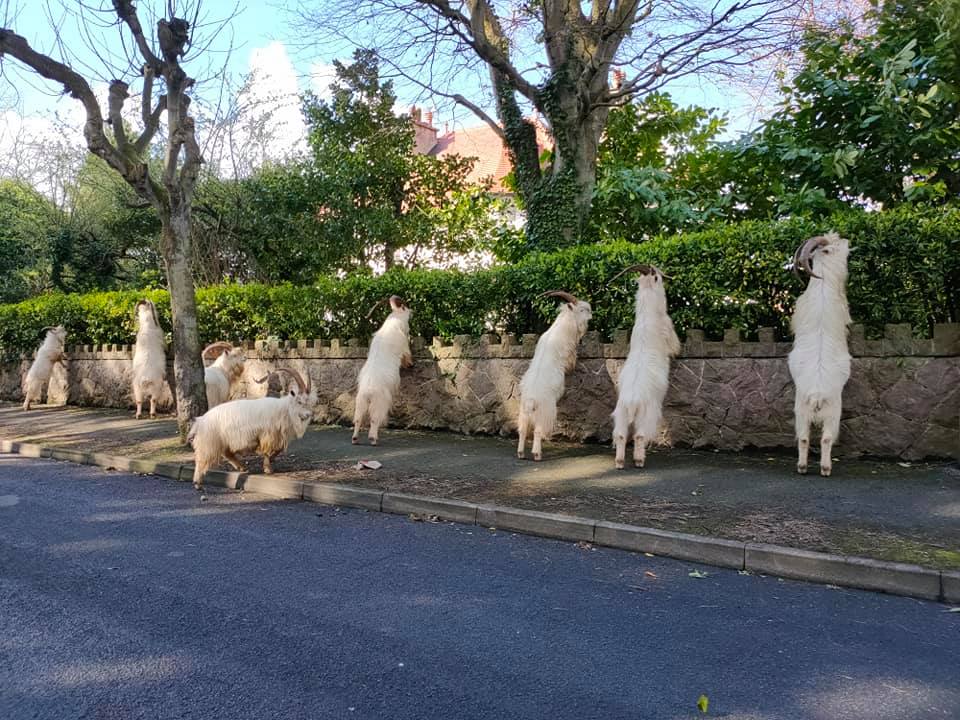 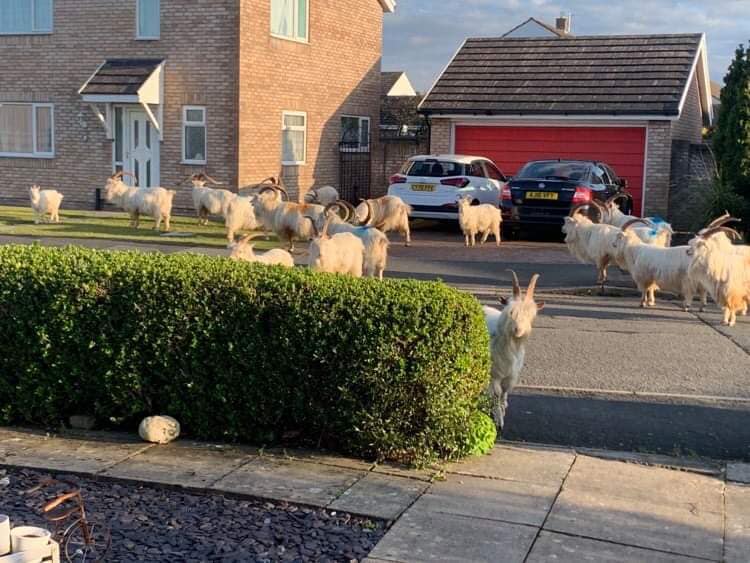 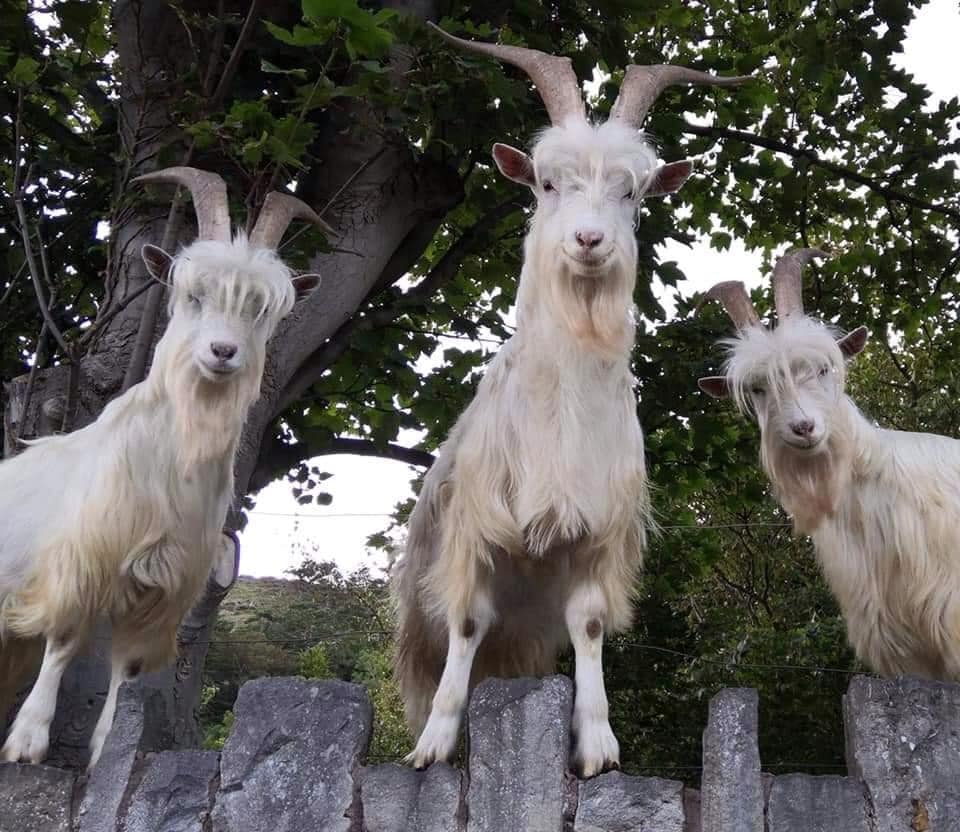 The herd of billy goats have been causing chaos on the quiet town streets by invading gardens and holding up traffic.

They missed out on their annual contraception jabs as a result of lockdown – causing the number of the Kashmiri animals to rise to 155.

Fed-up neighbours are calling for the billy goats to be sent back to their home above the town on the Great Orme.

Elderly locals say they have been left scared when confronted by the animals that have been caught devouring their garden plants.

Rachel Roberts, who lives in the town, has started putting up signs warning drivers about goats roaming on main roads.

She said: “During lockdown they just came closer and closer.

“It's not really a problem if they're tucked away in gardens but when they are on the main roads we could see a potential problem.

"The last thing anyone wants to see is a goat dead in the middle of the road.” 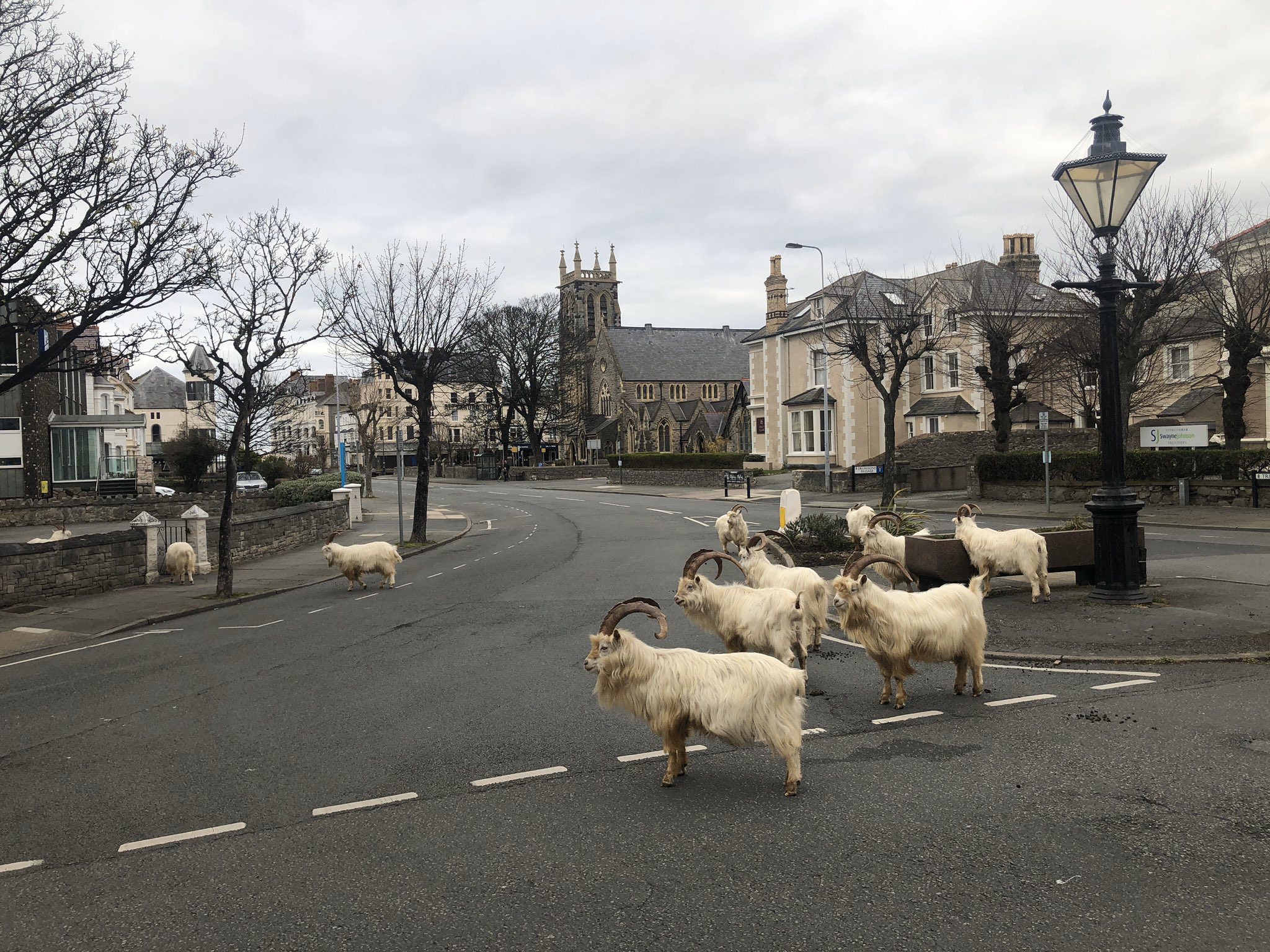 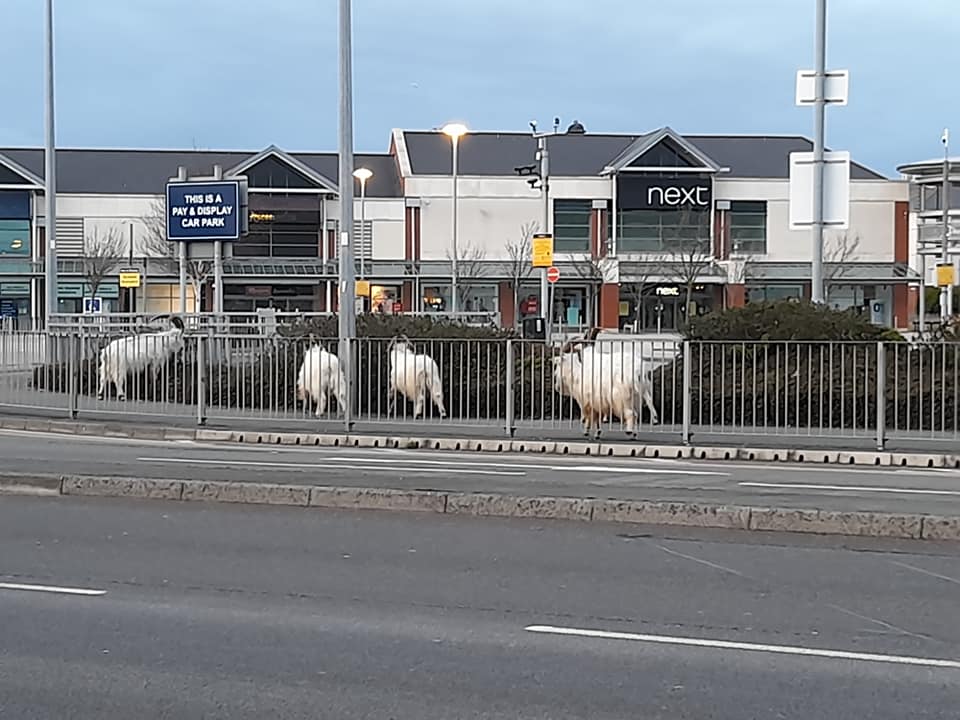 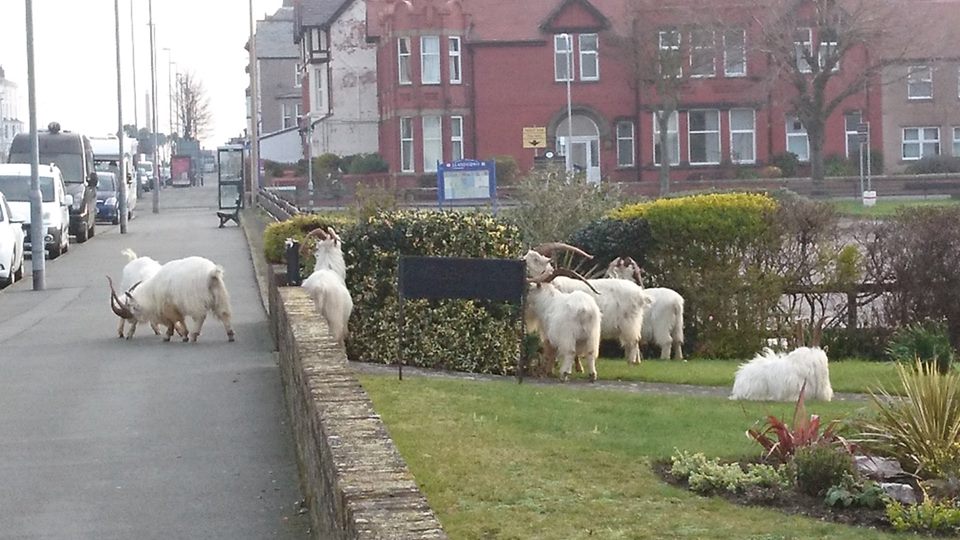 The goats are believed to be descendants of a pair presented to Queen Victoria by the Shah of Persia.

They usually roam free on the hilltop but have been spotted inside hotels, at barbershops and causing road blocks during the pandemic.

Last March, North Wales Police were forced to chase the animals back to Great Orme in a patrol car after the goats “ran riot” in the town.

Councillor Frank Bradfield, of Conwy Council, says no organisation will take responsibility for the runaway animals.

He said: “It’s not that we don’t love them but for their own welfare they should be taken back to the Orme.

“As lockdown ends and road traffic increases the goats are put in greater danger.”

A Conwy council spokeswoman said: “The council acts in the interests of the goats’ welfare when they are on our land. We are not responsible for any damage they may cause and we cannot become involved in removing goats from private property.

“The goats are straying further than usual because of the quieter conditions during lockdown. As Covid restrictions are lifted and areas become busier it’s expected they will make their way back to the Orme.

“It is mostly billy goats that are being seen more widely in the town. They will also become interested in females at the time of the rut and it’s likely they will be attracted back to the Orme then too.” 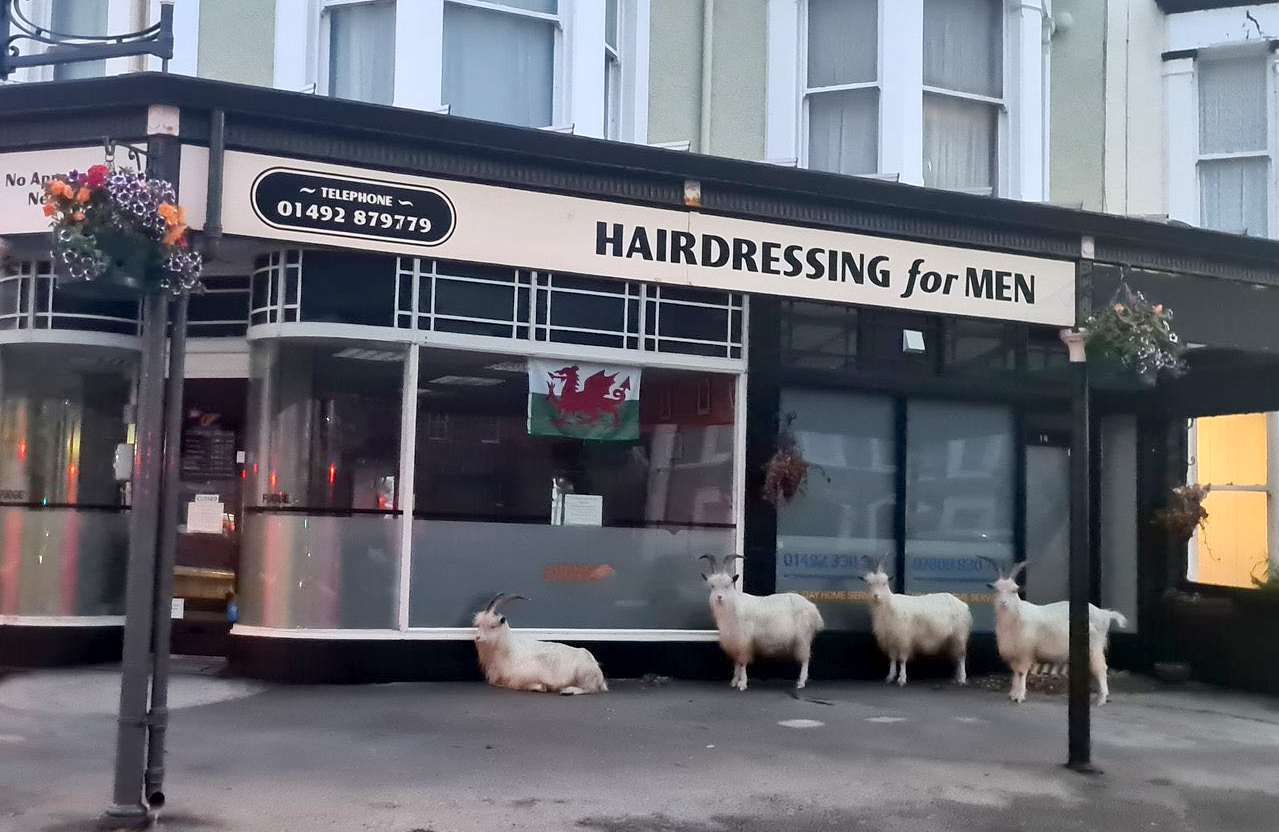