BRITS enjoying the hottest August day for almost 20 years flocked to beaches and pub gardens yesterday as the mercury rose to 36.4C.

Many would-be holidaymakers avoiding sunshine breaks over fears of a 14-day quarantine upon their return treated a day of scorching weather – dubbed the 'Saharan blowtorch' – as a UK minibreak. 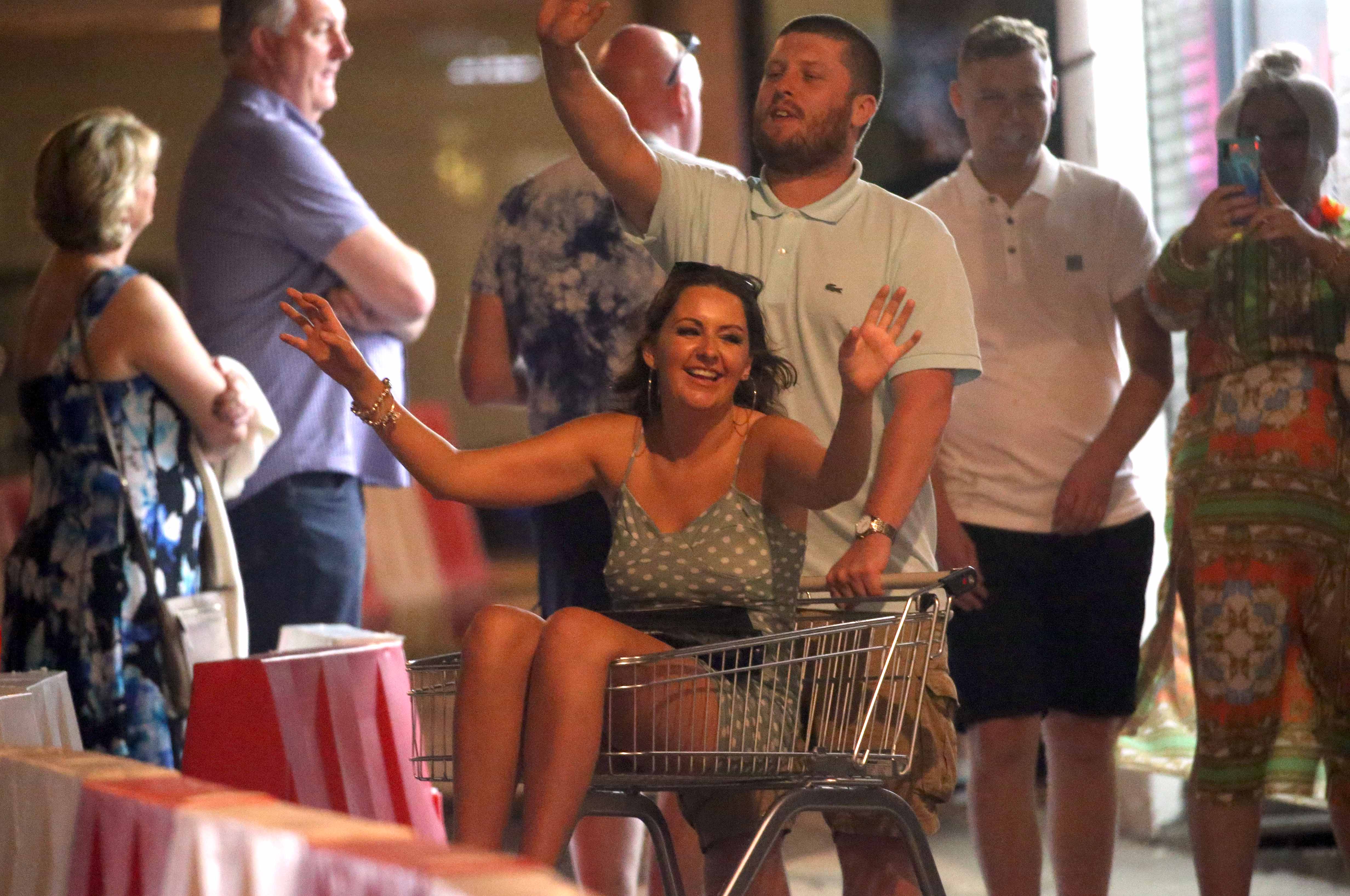 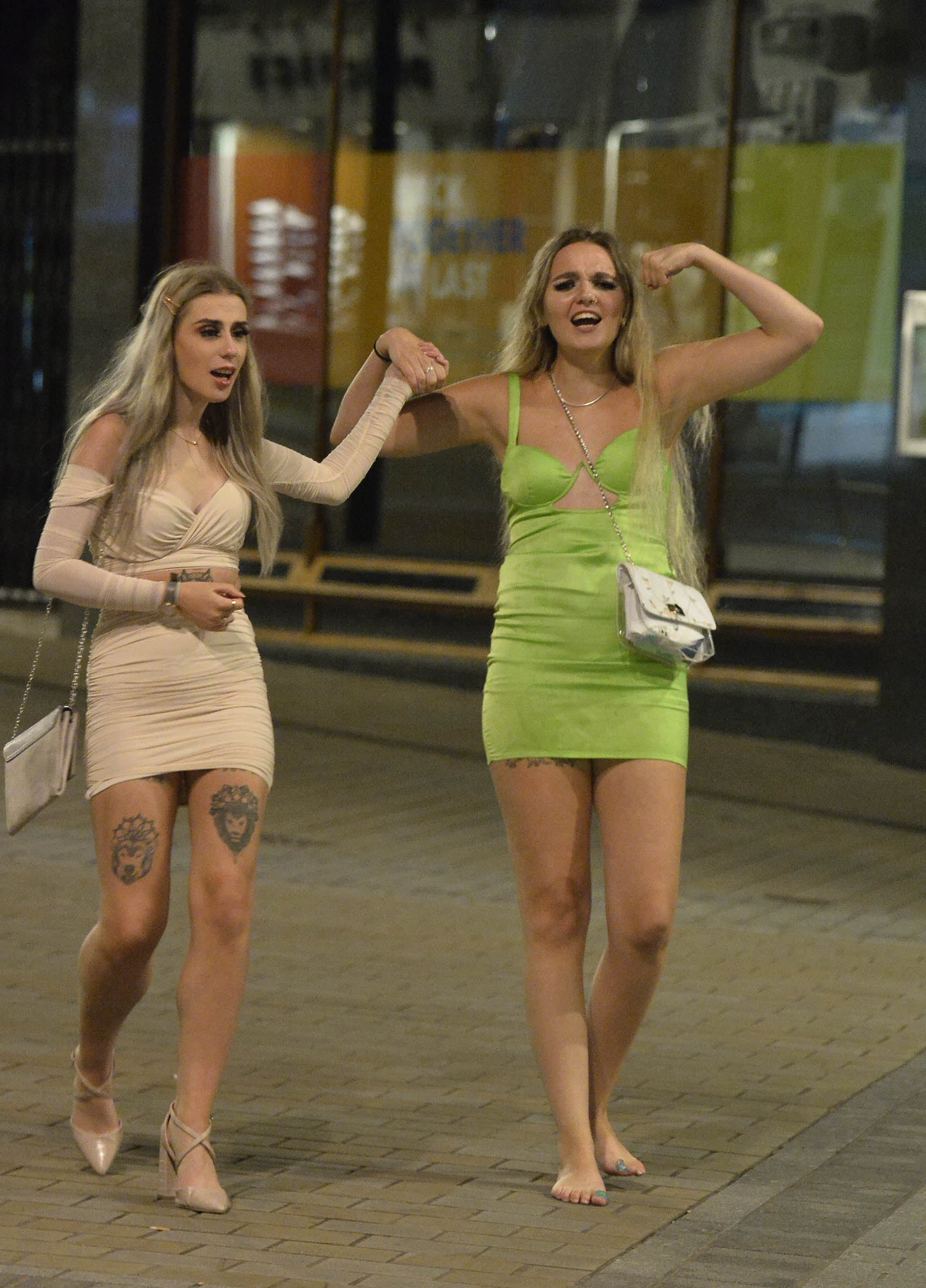 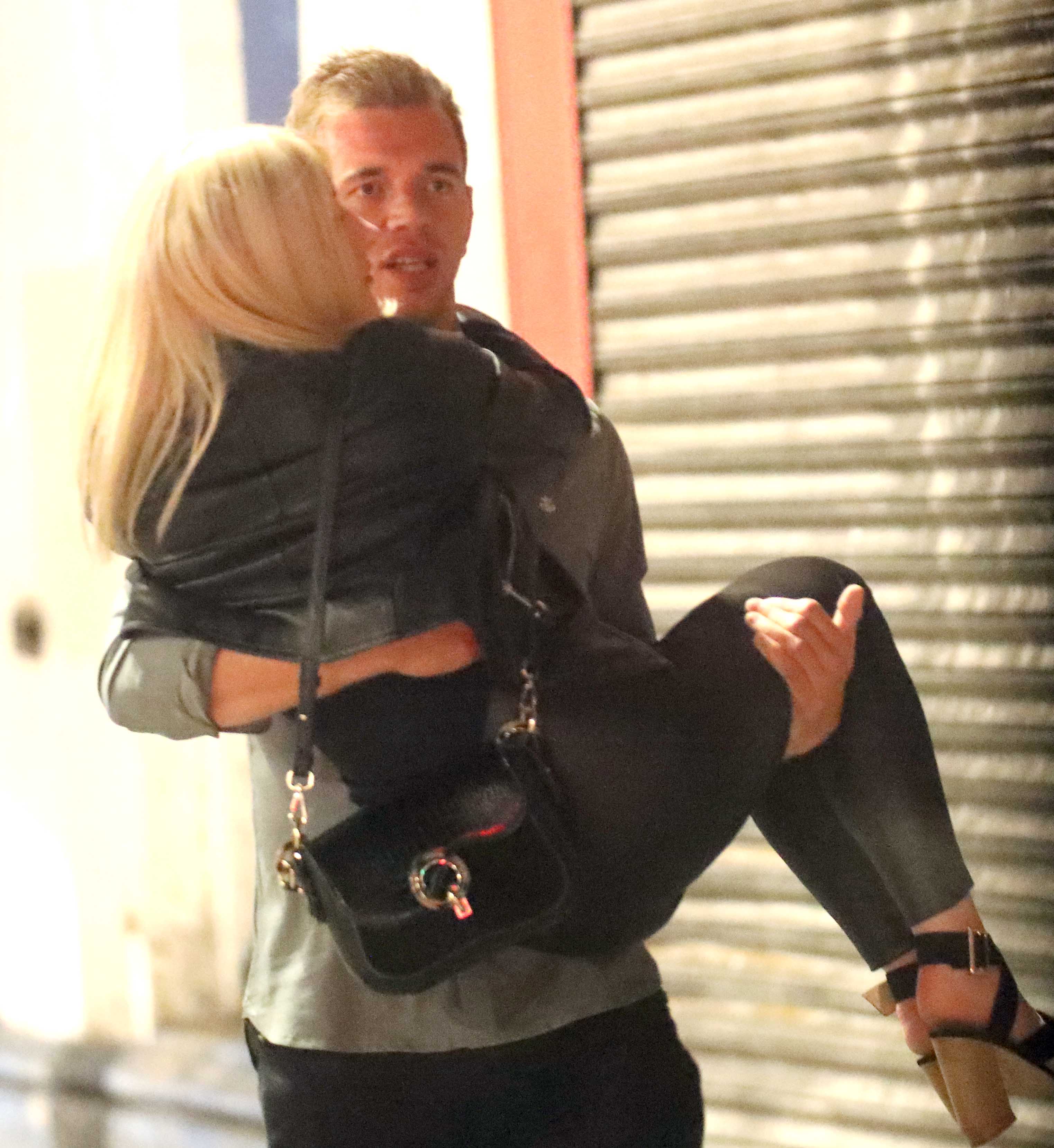 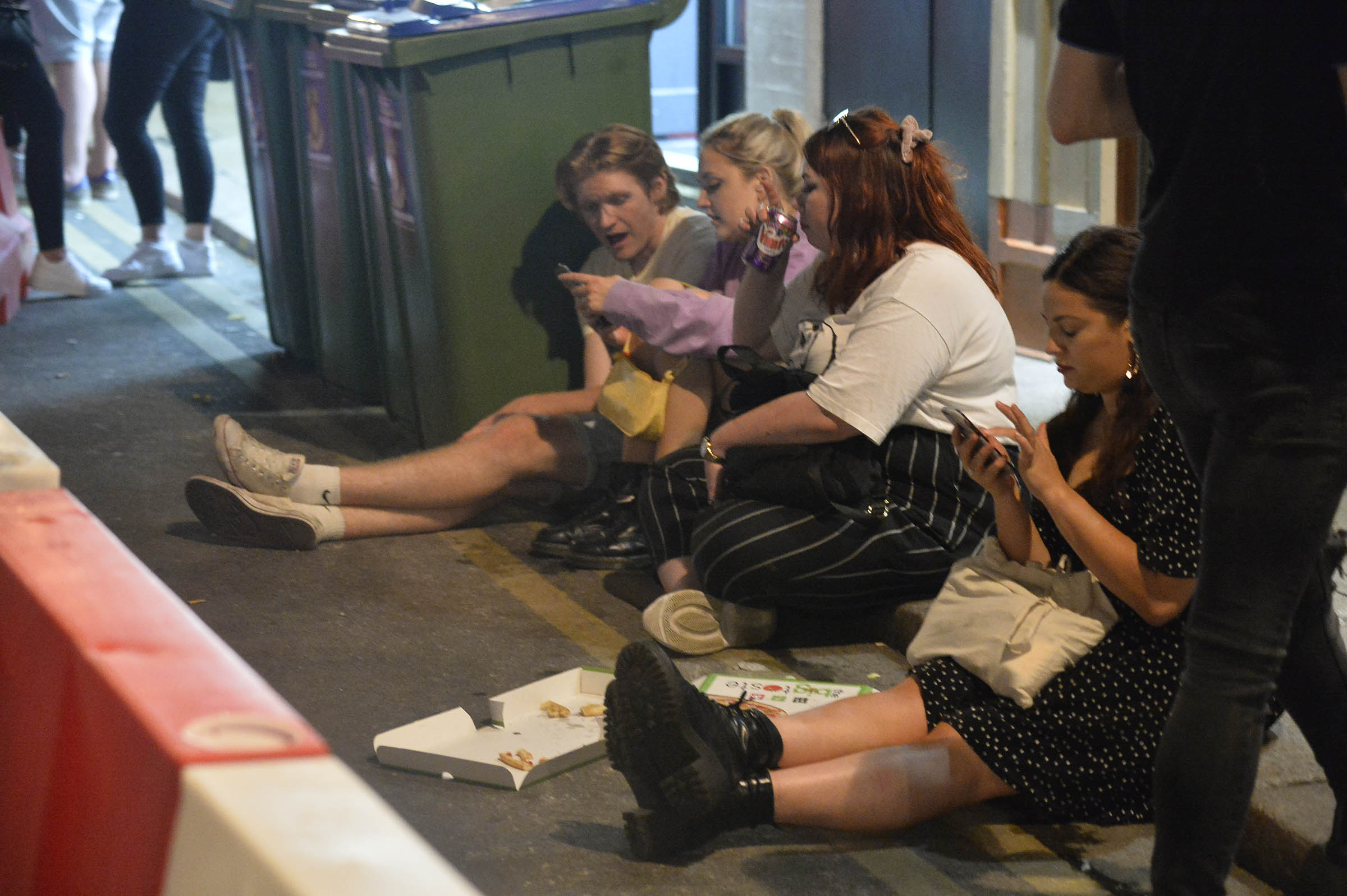 In Bournemouth, council officials slapped a warning on 20 of 24 beaches over concerns they were too full – meaning visitors weren't able to socially distance.

All car parks just down the coast in Sandbanks, Poole were full and shut by 11am.

The Camber Sands car park in East Sussex was full by midday after drivers began queuing before 8am.

Police have warned they will be monitoring the area amid claims of an illegal 'beach cook out' planned for Sunday.

As the sun blazed down during the afternoon, officials in Kent said beaches in Broadstairs, Viking Bay and Margate were at capacity.

Devon and Cornwall locals are said to be furious as thousands of tourists flocked to the seaside towns as foreign holidays were cancelled due to Covid-19.

What can Brits expect from the weather this week?

It'll stay beautiful on Sunday – but next week is more hit and miss, with Met Office officials issuing warnings of thunderstorms for the whole of the UK on Monday and Tuesday.

They say there could even be 'large hailstones' during the deluge.

And from Wednesday to Friday it's set to be 'very warm or hot' for much of the UK.

Residents of Salcombe, known as 'Chelsea-on-Sea', is heaving and busier than ever before – as the town's mayor Nikki Turnton said tourists 'seem to think they're in a bubble'.

And locals were warned to stay away from the centre of one north wales town after large number of visitors caused “bedlam” and made social distancing “impossible”.

"If you're thinking of coming into town, please consider leaving it to later.

“Social distancing is impossible at the moment and people are queuing to get into shops.”

Motorists heading towards Bournemouth faced 15 miles of queues, with delays on the A31, M27 and M3 towards the coast.

Visitors to the south west were told to avoid busy beaches amid a rush to Cornwall. 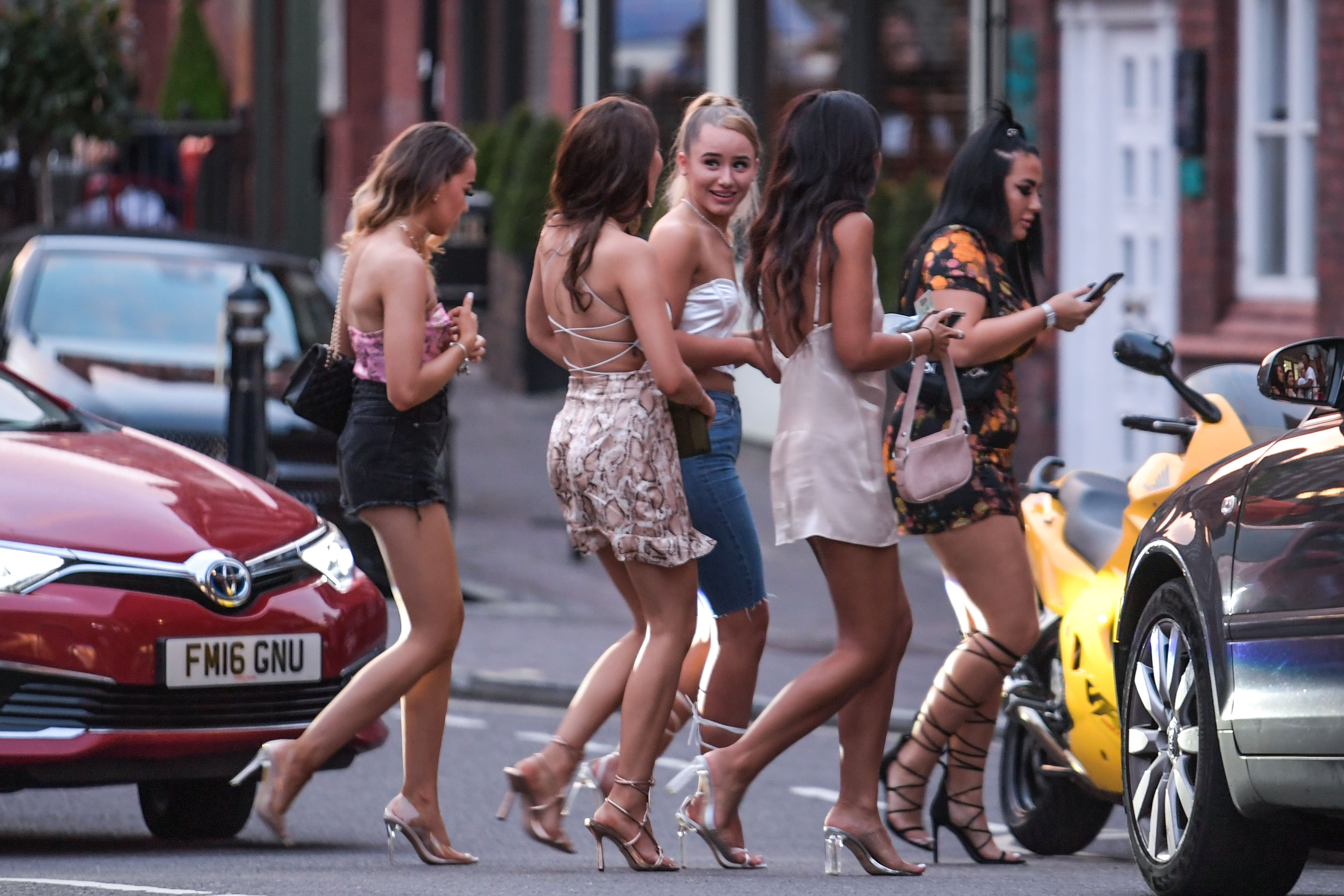 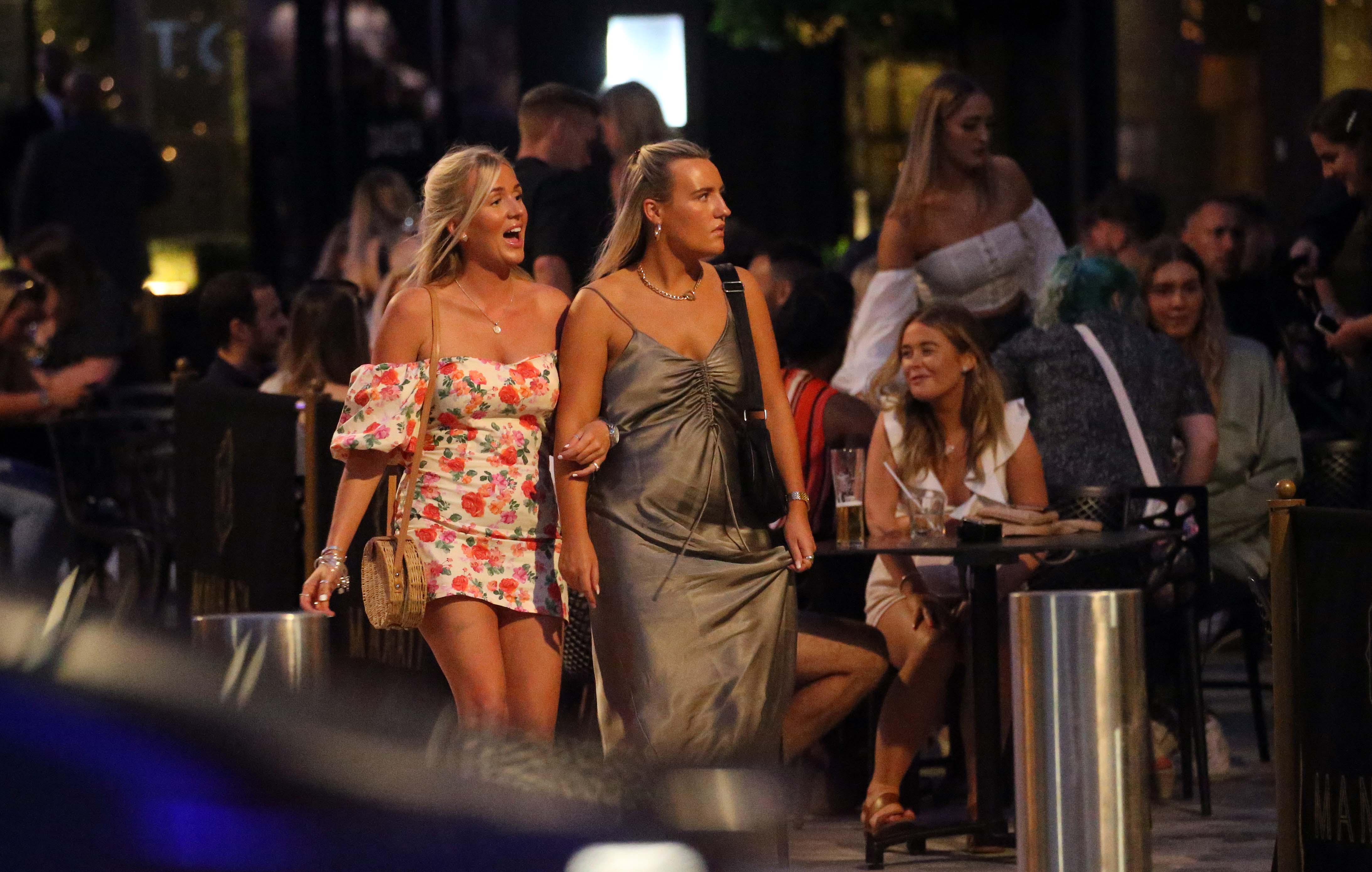 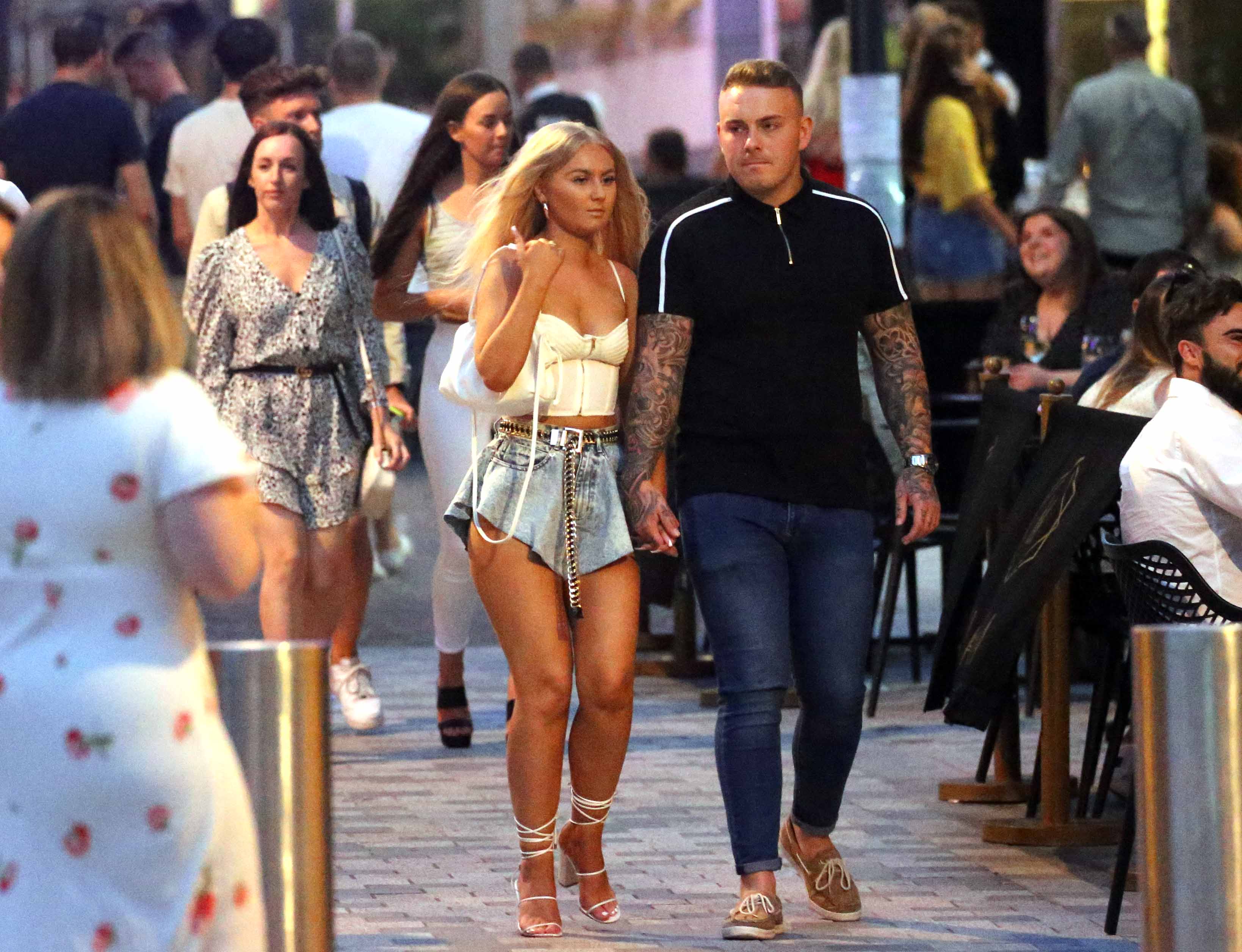 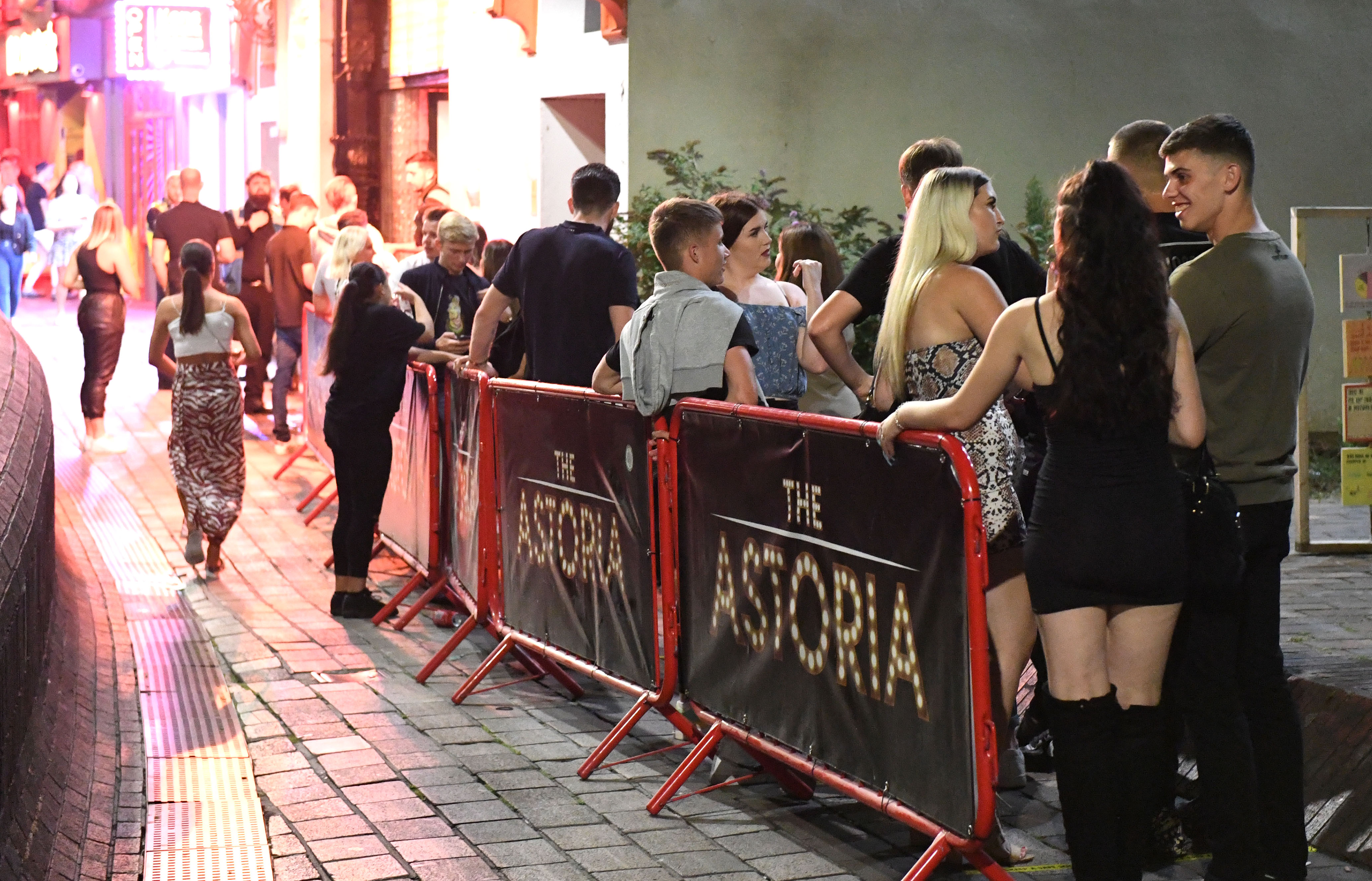 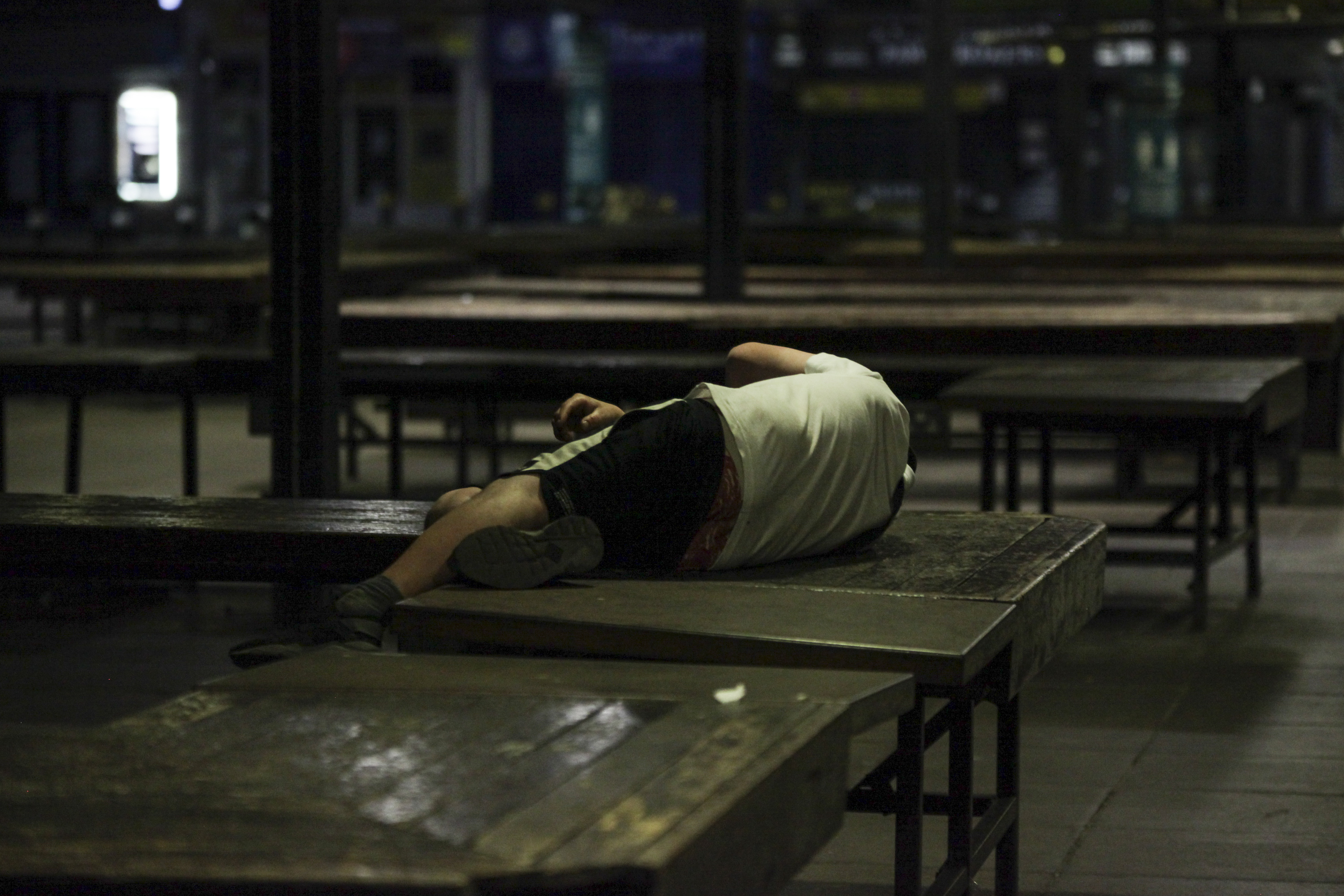 As the sun set, pubs across the country were rammed as revellers crowded into boozers.

Londoners packed Borough Market and Soho, cooling off with cold drinks and spilling out into the streets.

Some drinkers looked a little worse for wear in Leicester during the evening as they enjoyed the end of a strict local lockdown in the city.

One man took a short nap on a bench as others enjoyed chatting in groups.

In many pubs and bars, social distancing looked difficult due to the numbers of revellers enjoying their night.

Many people were also seen without face masks during the night.

It comes after Preston's director of public health warned mixing in pubs was to blame for the area being put back into lockdown.

Speaking after the announcement the city had been designated an 'area of intervention' on Friday, director of Public Health for Lancashire Sakthi Karunanithi said almost half of the cases reported were among people aged 30 and younger.

Mr Karunanithi said the "two main reasons" for the rise in infections were people meeting others in their houses and households coming together in venues such as pubs.

He added: "These two are key behaviours we're trying to protect people from.

"Don't meet with members of other households in pubs and clubs."

Officials are braced for another busy night after Brian Gaze, a forecaster at The Weather Outlook, said: "This heatwave is like a blowtorch that will scorch across much of the country.

"It's going to be a glorious weekend." 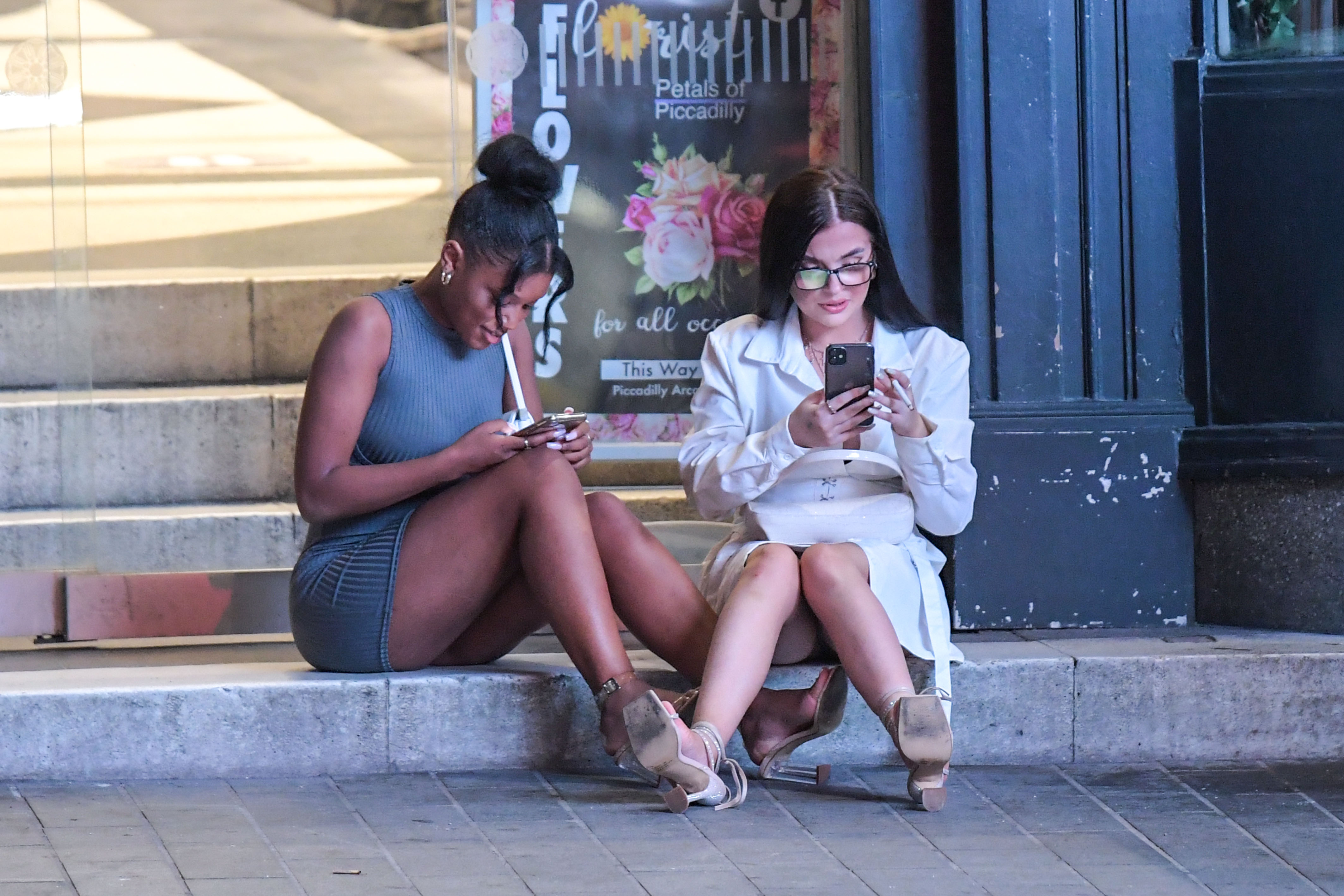 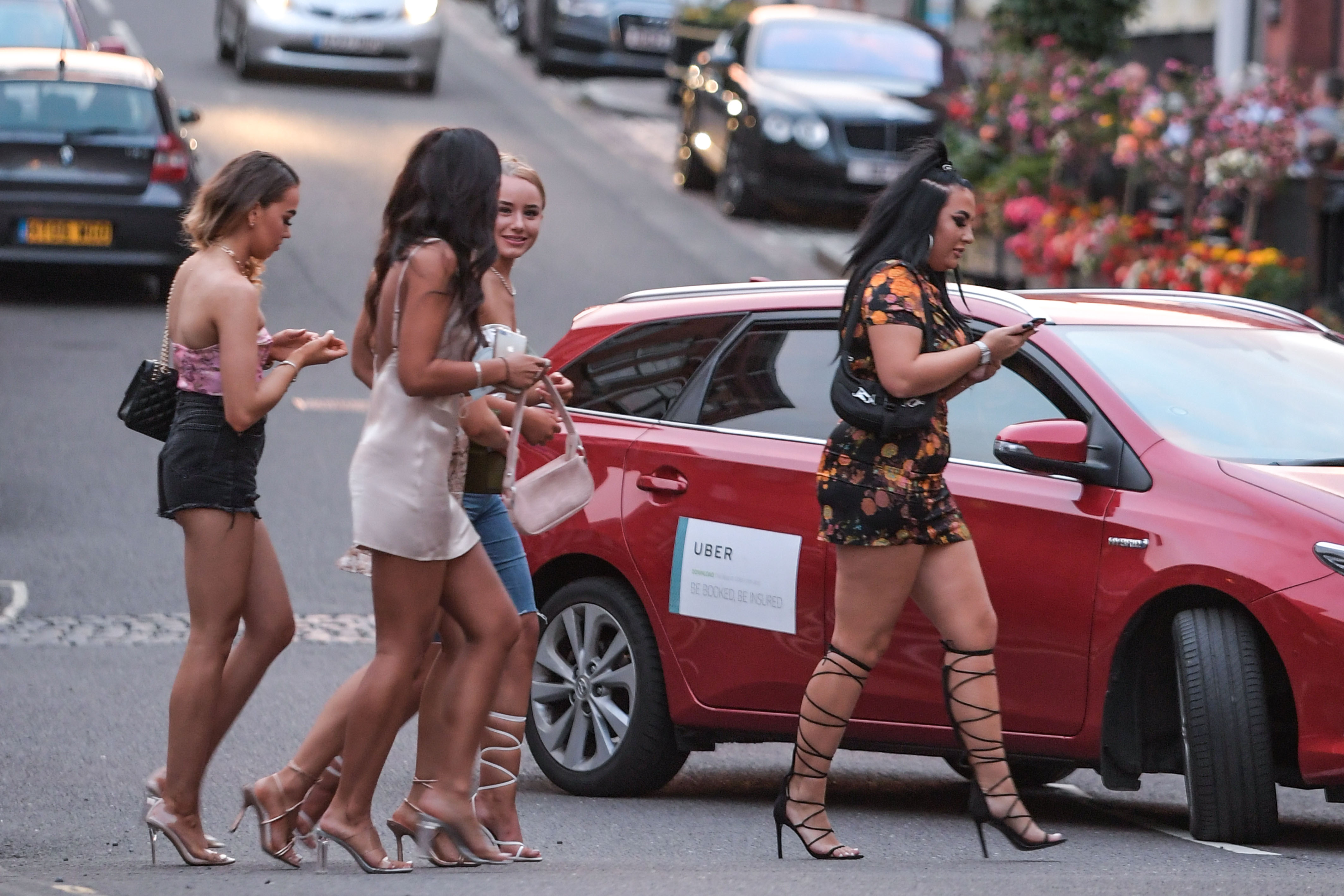 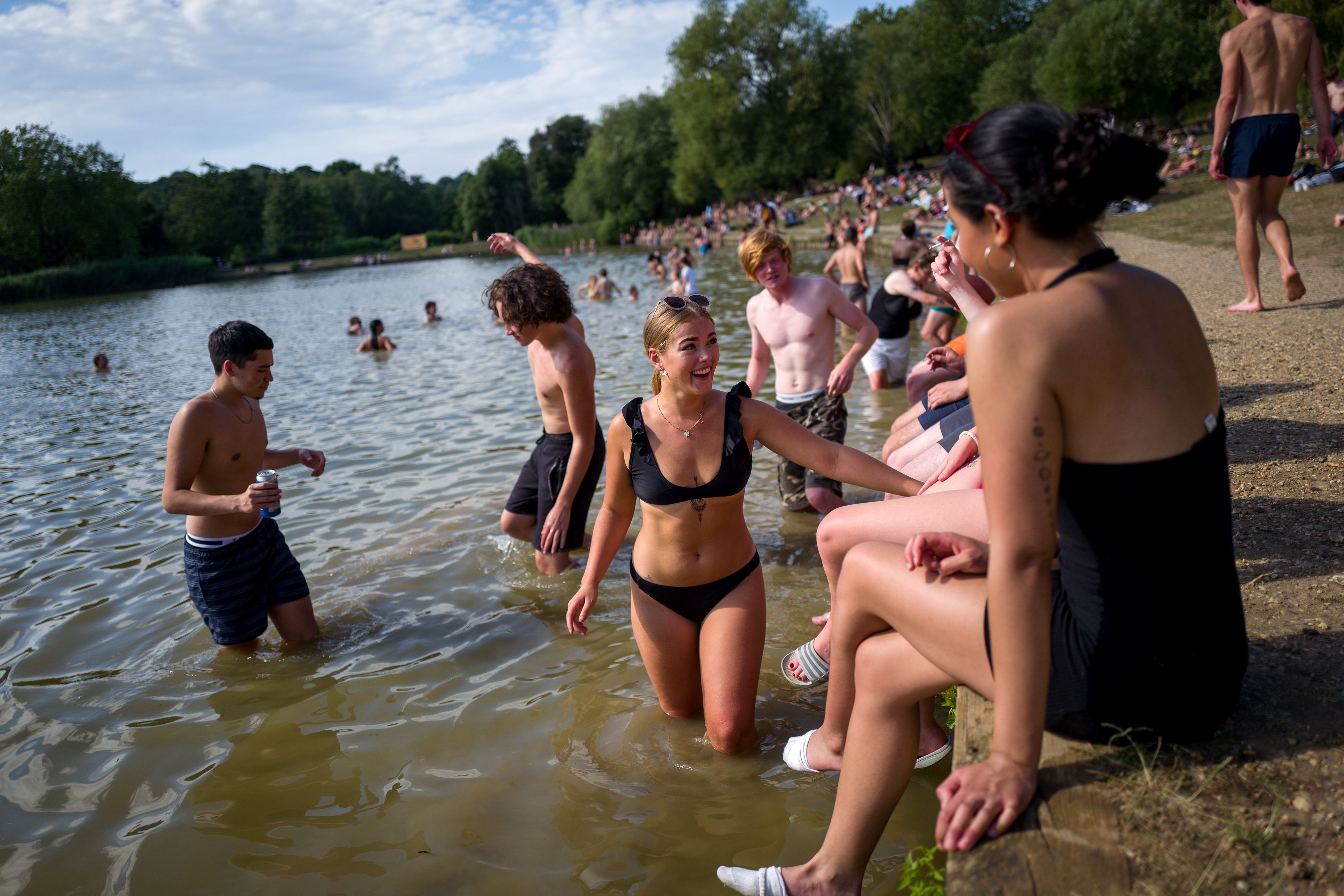 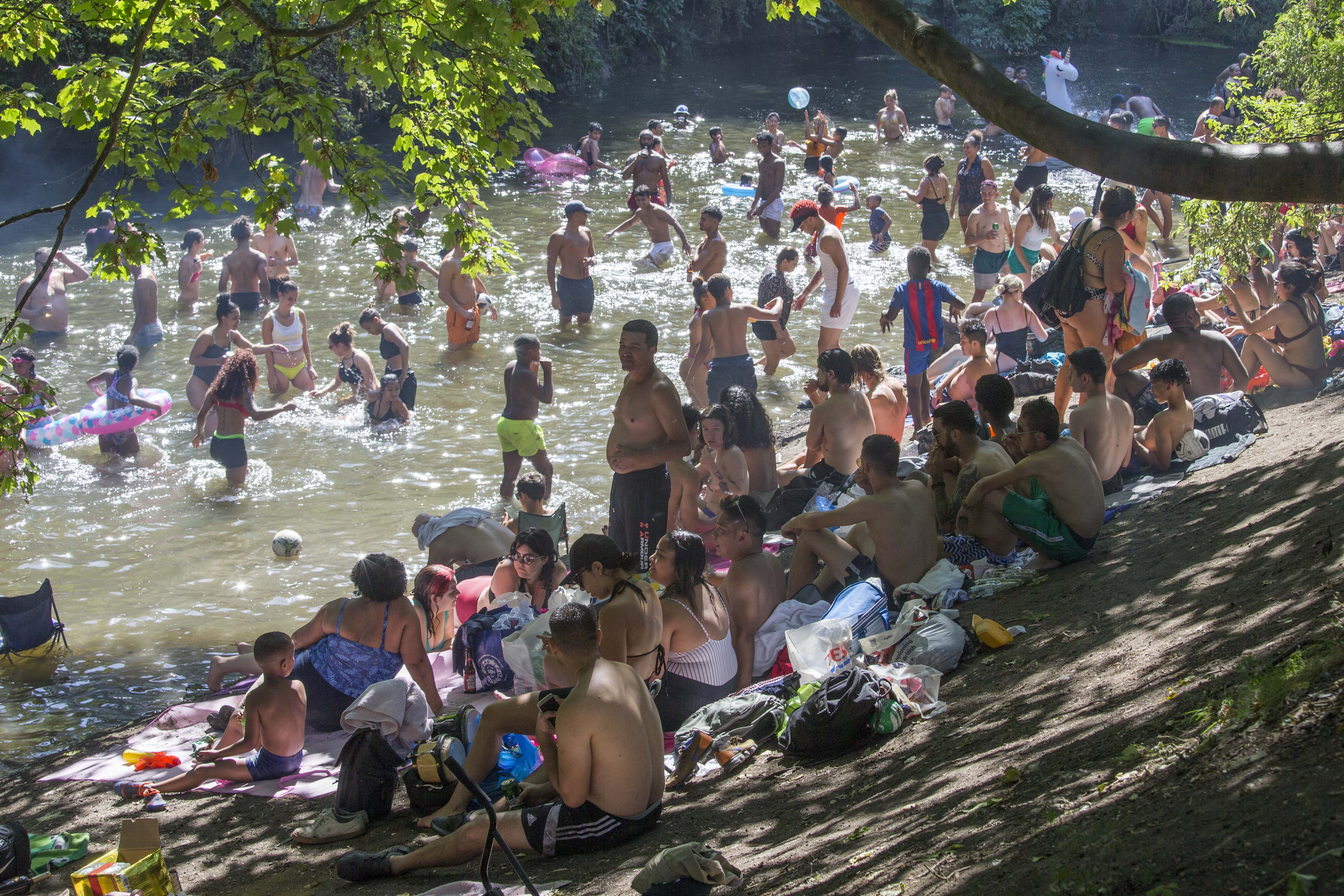 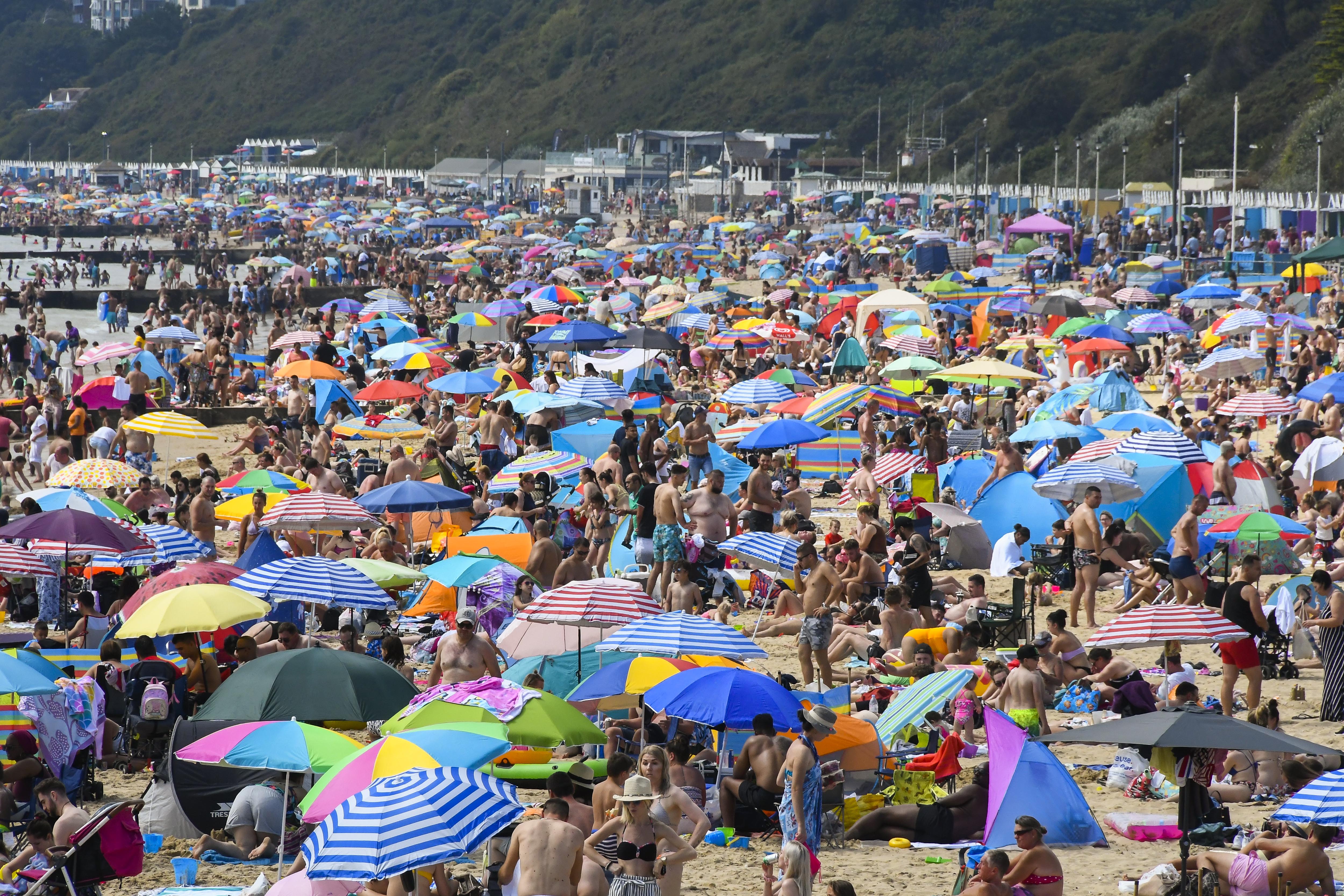 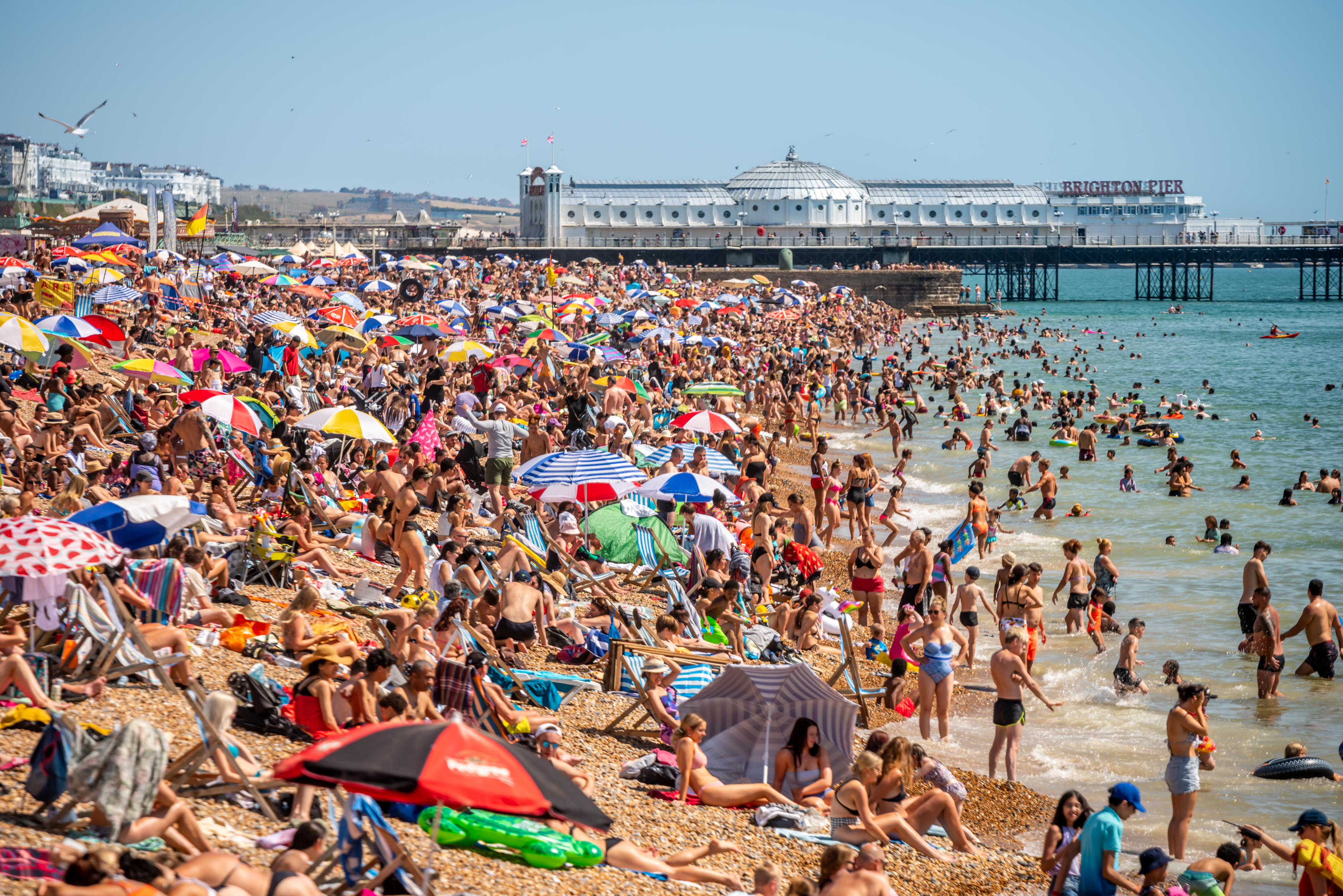