PHYSICAL comfort is something we have hugely missed in 2020 – hugs after a hard day, proud pats on the back, and sweet hand squeezes of reassurance.

This award-winning shot of two widowed penguins comforting each other in Australia is a perfect reminder of the primal need for physical intimacy. 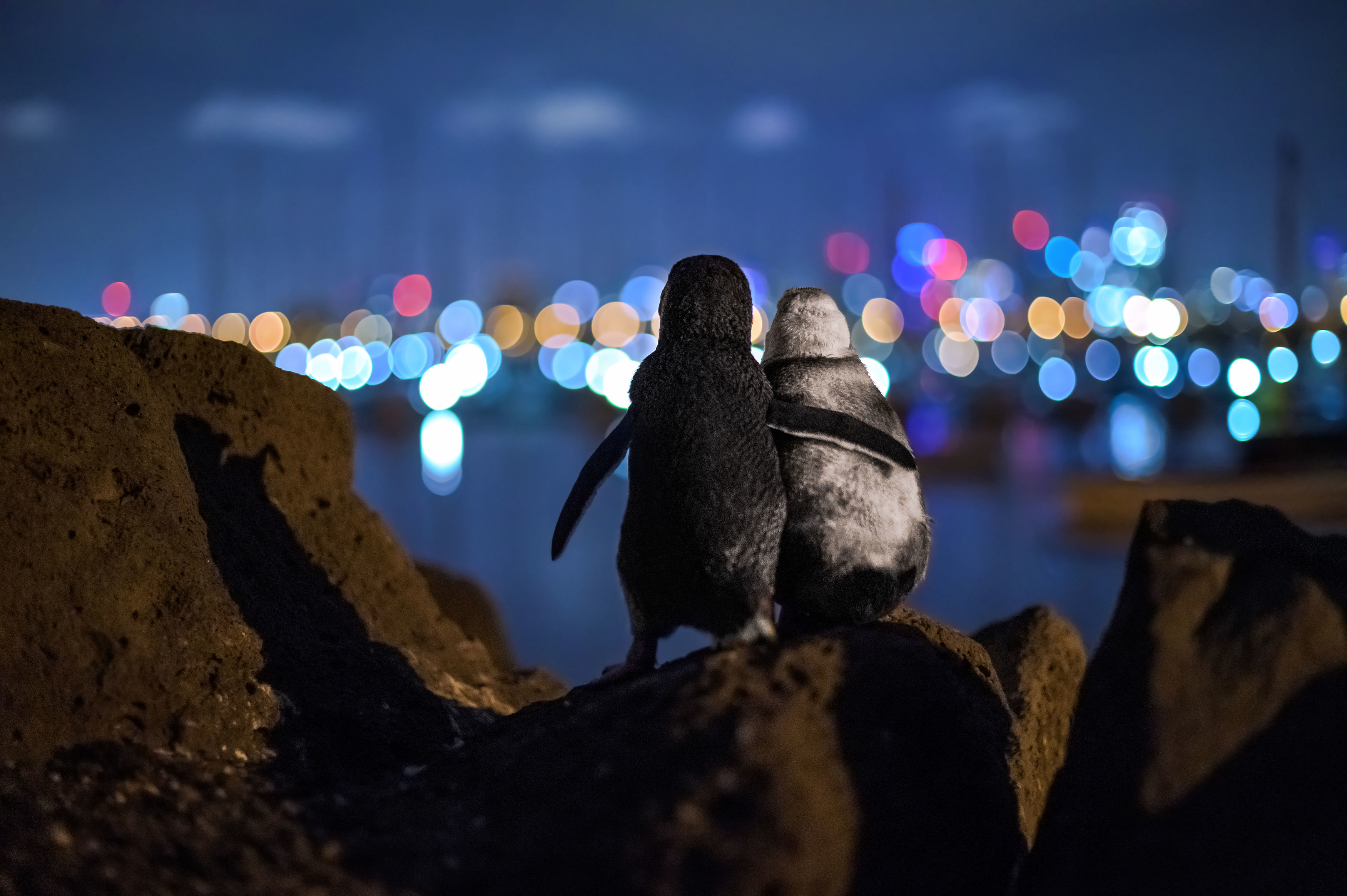 The touching photograph was taken by Tobias Baumgaertner in Melbourne, and bagged a win at Oceanographic magazine's Ocean Photograph Awards.

The snap also won the Community Choice award, after being posted to Instagram by Tobias back in March and amassing nearly 55,000 likes.

He wrote: "During times like this the truly lucky ones are those that can be with the person/people they love most. I captured this moment about a year ago."

He continued on Instagram: "These two Fairy penguins poised upon a rock overlooking the Melbourne skyline were standing there for hours, flipper in flipper, watching the sparkling lights of the skyline and ocean."

St Kilda Pier, where the snap was taken, has a colony of around 1,400 fairy penguins, also known as little penguins, known for their lack of height.

They are the smallest penguin species, with an average height of just 33cm, and are closely monitored by local volunteers.

"A volunteer approached me and told me that the white one was an elderly lady who had lost her partner and apparently so did the younger male to the left.

"Since then they meet regularly comforting each other and standing for hours watching the dancing lights of the nearby city.

“Between not being able or allowed to use any lights and the tiny penguins continuously moving, rubbing their flippers on each other’s backs and cleaning one another, it was really hard to get a shot but i got lucky during one beautiful moment. I hope you enjoy this moment as much as I did,” he added.

Users showed their appreciation of the image, with one commenting: "This is definitely one of the greatest pictures of all time!"

Another said, "I saved this post! This photo made my day. Especially on the meltdown days due to everything that is our reality. Thank you for capturing this magical moment."

Penguins are notoriously monogamous creatures – mating exclusively during mating season and continuing through most of their lives.

Despite the birds travelling up to 10,000 miles a year, penguins are incredibly loyal and remain faithful to their partners.

They arrive at their nesting sites and find their beaus among up to 100,000 strong colonies, by the distinctive sounds of each others calls.

Just like humans, distance seems to make the heart grow fonder for penguins, as they quickly re-establish their bond by grooming each other, before mating.

Parents then take turns standing over the eggs while one journeys up to 100 miles a day in the sea, searching for fish and squid to eat. 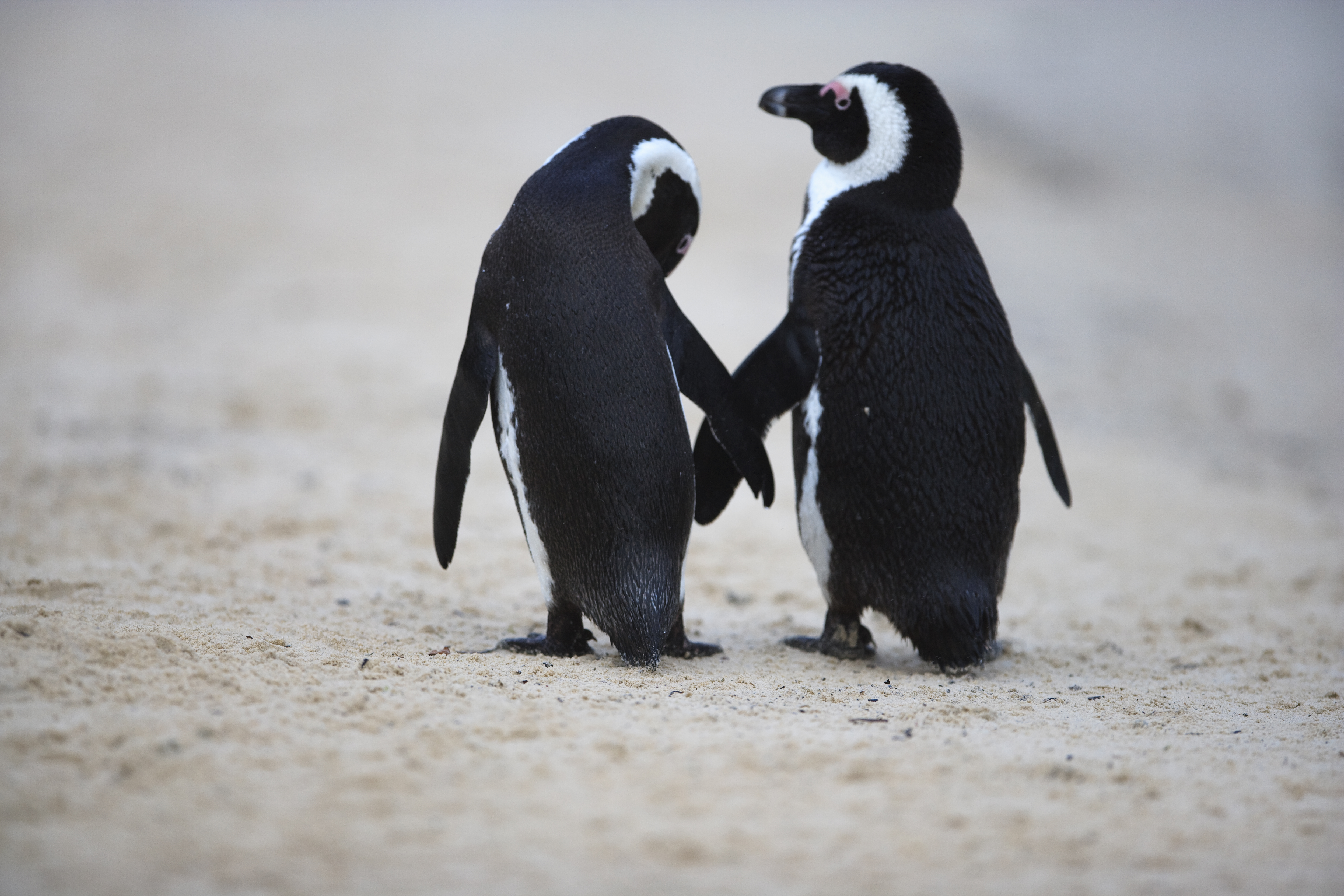 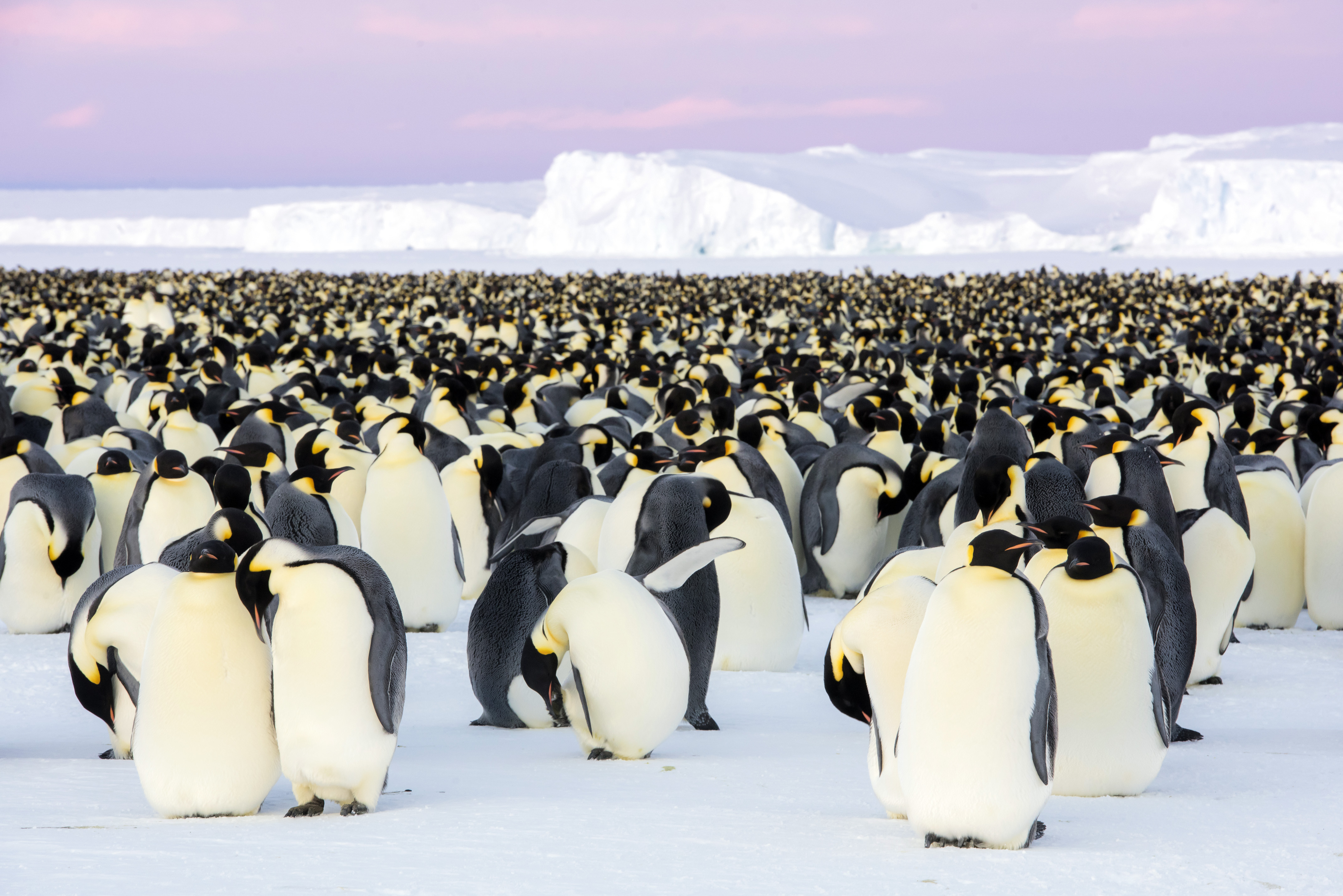