London: Prince Harry and his wife Meghan have left Canada and moved to Los Angeles, where they plan to make a permanent home after stepping back from their royal duties, Britain's Sun newspaper has reported.

The Sun said the couple took a private flight to Los Angeles but did not say when in its report on Thursday. Last week, the United States and Canada agreed to close their border to non-essential travel to ease the strain on health systems caused by the coronavirus. 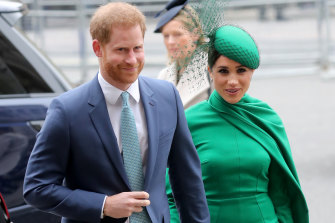 Prince Harry and Meghan have reportedly moved from Canada to the US.Credit:Getty

A spokeswoman for Prince Harry declined to comment on the report, which The Sun dubbed as an exclusive.

Harry and Meghan will cease their royal duties at the end of March as they carve out "a progressive new role," mainly based in North America, which they aim to finance themselves.

They had been living for several months with their son Archie on Vancouver Island in Canada. 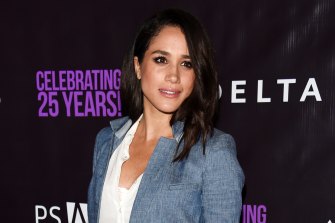 The move would move the former actress closer to her mother and the film industry.Credit:AP

"This move was planned for some time. They realised Canada would not work out for various reasons and they want to be based in the Los Angeles area," the Sun quoted an unidentified royal insider as saying.

Meghan Markle was raised in the Los Angeles area and her mother Doria still lives there.

People magazine, citing an unidentified source, said on Thursday the couple had already settled into a home in the Los Angeles area and had not ventured out. California imposed a state-wide stay at home order last week in a bid to contain the coronavirus.

The report was published the same day that Disney announced that Meghan, the Duchess of Sussex, had narrated a nature documentary that will be released on its Disney+ streaming platform on April 3.

It is the first job for the former Suits television series actress since she and Harry announced in January that they were stepping down from their royal duties.

The film, titled Elephant, follows the journey of a family of elephants across Africa. The film will raise money for the charity Elephants without Borders.