The scale of the coronavirus hit on the public finances was laid bare today with figures showing the government borrowed a record £62.1 billion in April.

The eye-watering figure was the highest for any month on record, amid desperate moves to bail out millions of workers and businesses.

It was even higher than analysts had predicted, with a consensus of economists predicting £30.7billion for the month.

The sum is thought to have pushed total public debt over the £2trillion mark for the first time. 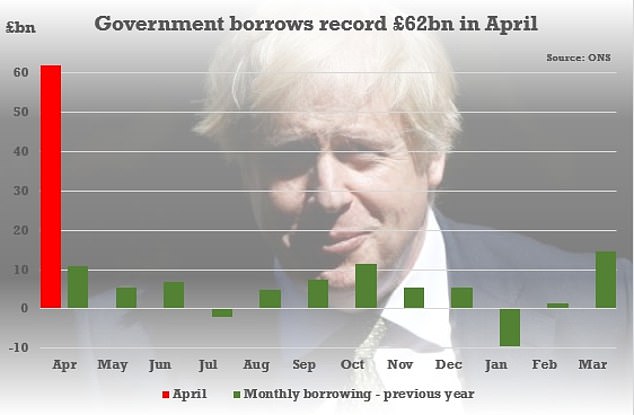 The sum for April was almost the same as the entire financial year from April 2019 to March this year – estimated at £62.7 billion.

The Office of Budget Responsibility has warned that the government could borrow £300billion this year.