I went to David’s funeral recently.

He was 26 and had been a patient of mine since undergoing a bone marrow transplant for high-risk, acute myeloid leukaemia six years earlier. 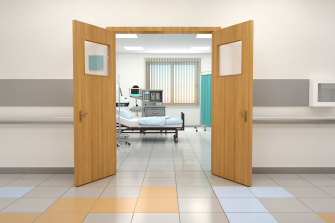 What I wanted for him was some semblance of normality.Credit:File image.

He had been sick, very sick, but I did not expect him to die. At least not so soon, and not so suddenly.

And I did not wish for him to die, despite the extent of his suffering. What I wanted for him was some semblance of normality – a life filled with laughter, love, family and friends, hopes and dreams. I was happiest when he was able to travel, study overseas, play sport – and saddest when I saw the toll that his disease, and my treatment, had on him, and on his family.

So when David died I was devastated. I knew it was likely, but was overwhelmed when it happened.

I kept going over the circumstances – was there something I could have done to prevent it? Something I missed? A warning sign, a test result, a therapy that could have changed what came to pass? Did I push too hard? Or not hard enough? And I struggled to accept that he wouldn’t ever come to my clinic again, that we would never again debate how he could deal with his symptoms or our shared interests in politics, history and sport. 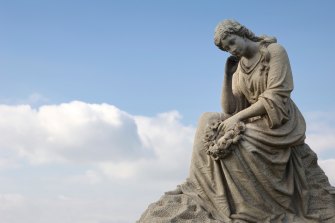 I don’t often go to the funerals of patients who have died under my care.Credit:Istock.

I don’t often go to the funerals of patients who have died under my care.

Doctors who don’t attend funerals often cite as reasons personal discomfort with death, threats to professional detachment or objectivity, blurring of professional boundaries and a sense of “defeat” or failure. But my ambivalence has always been about two other things.

The first is practical: in my specialty death is common, my time is limited, and the living need my care and attention. The second is metaphysical: it concerns the very nature of what a funeral is – what it means and, therefore, whether I have any right to be present at such a sacred and intimate time.

So after David’s funeral I sat in the church, unable to join other mourners for tea and sandwiches, and reflected. 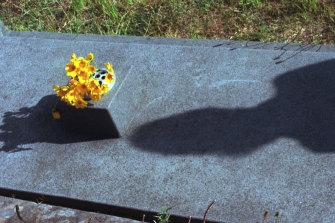 The funeral was positive and life-affirming.Credit:Michele Mossop

The funeral was positive and life-affirming. In the midst of terrible sadness, it celebrated David’s life through stories, music, prayer and shared grief, revealing many things that I had not previously understood.

I had thought that I had known David but what I knew was really only a part of who he was. I had no idea of the intensity or depth of his faith, of the way he had responded in the face of illness, pain and the possibility of death. I knew he was open and generous but had no idea of how his grace, bravery and dignity had touched others and how deeply they had loved and respected him. And while I had spent many hours with his parents I had no inkling of the extent of their devotion or the degree to which they had shared his pain.

I understood then that while funerals remind us of the tenuousness of life and the limitations of medicine, they also provide other insights. They show us that patients are not defined by their illnesses or their hospital experiences. Away from the harsh lights of the clinic, the managerialist protocols of hospitals, the routines of doctors and nurses, patients have their own lives, within their families and communities. Funerals put medicine in its place.

So perhaps what is needed, in the hospital wards, emergency rooms, operating theatres, tea-rooms and corridors that form the context of education for doctors and nurses, is an honest discussion about the importance of funerals, and the need to create time, and space, to attend them. About how attendance at a funeral demonstrates respect, honours a bond forged by the burden of illness, acknowledges the importance of a person not as a patient but as a unique individual, and bears witness to the end of a life.

About how funerals provide opportunities for doctors to state simply that they are “sorry that they couldn’t stop this from happening” and to create space, in the weeks and months that follow, to assist families to understand what did occur and – hopefully – provide reassurance that suffering was limited and care appropriate. And about how funerals can allow doctors themselves to grieve, and to admit their personal loss and their limitations.

Ian Kerridge is a haematologist and bone marrow transplant physician at Royal North Shore Hospital and Professor of Bioethics and Medicine at the University of Sydney.