Don’t look down! White-knuckle moment girl, 14, risks her life by tip-toeing 30 feet up along the top of Sandsfoot Castle to impress her friends

This is the heart-stopping moment a teenage girl risks her life by walking on top of the ruins of a Tudor Castle.

The youngster, believed to be aged around 14, was spotted balancing precariously at the summit of Sandsfoot Castle in Weymouth, Dorset.

The girl walked along the top of a narrow uneven wall, seemingly not worried about the 30ft drop below her, after being egged on by a group of three friends who watched from the ground. 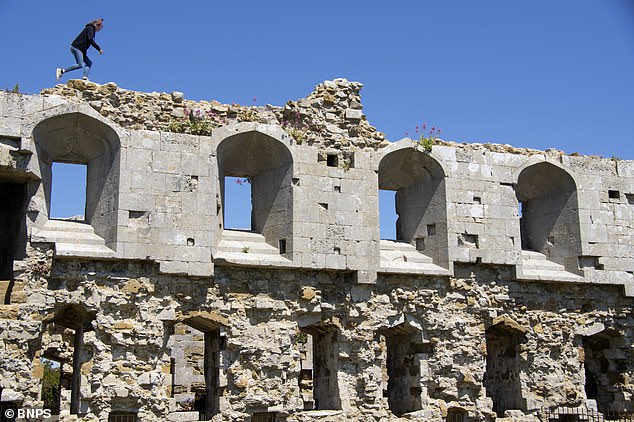 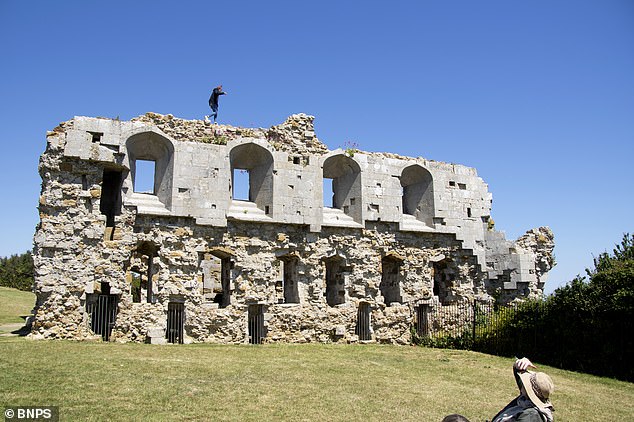 The girl’s antics were witnessed by a shocked couple enjoying a picnic in the grounds of the castle.

Doug Randle – a local amateur photographer – and his wife Maureen spoke to the girl about the dangers and said she was apologetic.

Mr Randle said: ‘We watched in disbelief. The girl was approximately 14 or 15 years old and in a group of four girls.

Sandsfoot Castle, also known as Weymouth Castle, is an artillery fort constructed by Henry VIII near Weymouth, Dorset in 1542.

The stone castle had an octagonal gun platform and was part of King Henry’s programme to protect against invasion from the French.

‘She went up there twice and made it safely back down.

‘The others had been encouraged to join in but seemed to think better of it.

‘There were many families sitting around in the grounds but didn’t appear to see what was happening.

‘My partner Maureen spoke to them afterwards, suggesting that what they were doing was risky. They were polite in response.’

Sandsfoot Castle was built by Henry VIII in 1542 to protect against invasion by France.

The stone castle was in ruins by the early 18th century and had  been entirely destroyed by the 1950s. 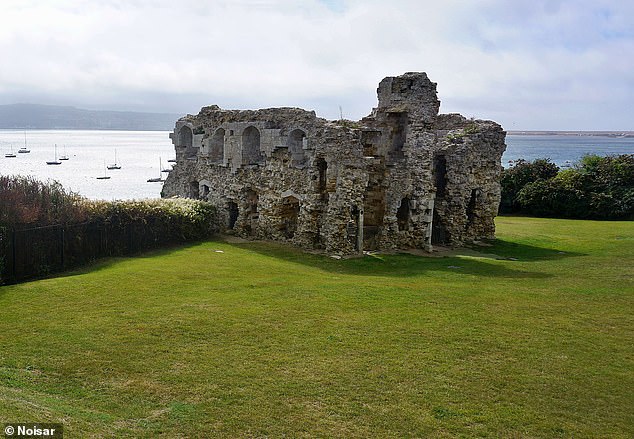