The country has fared better in the battle against the bug than many of its neighbours in Western Europe. 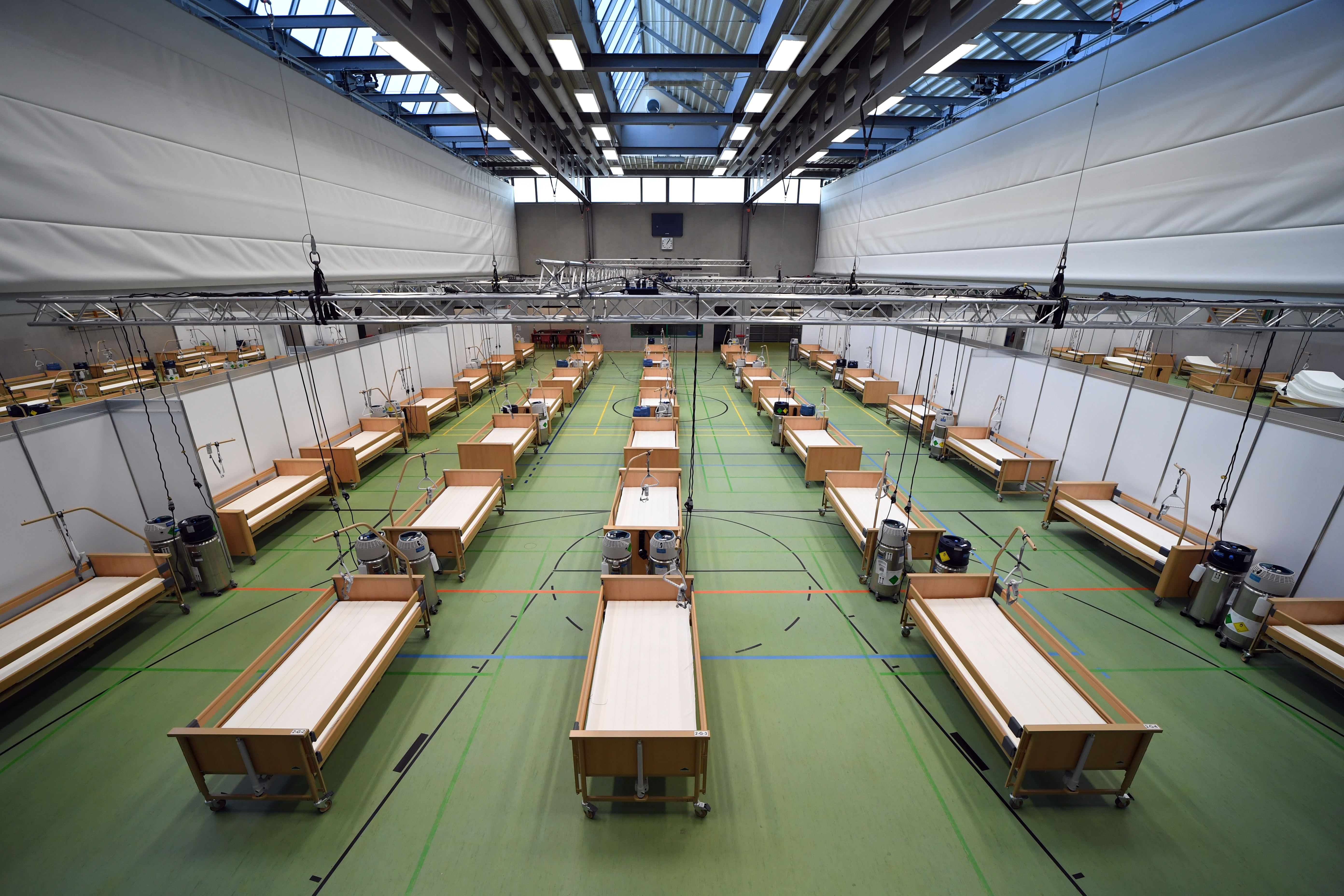 Health chiefs there have managed to keep the death rate relatively low, while the actual number of daily death actually seemed to be falling earlier this week.

But hopes Germany had seen the worst of the outbreak have been dashed after 254 people were announced to have died today.

The number is the biggest daily jump the country has seen, taking its total body count to 1,861.

The number of new confirmed cases in Germany also rose by 4,003 in the past 24 hours to 103,228 – climbing for the second straight day after four previous days of drops.

Germany's mortality rate now stands at around is 1.8 per cent – meaning approximately one death for every 56 confirmed cases.

That figure has risen from 0.5 per cent in the last two weeks.

Germany’s relatively good performance against Covid-19 has been partially put down to its high number of hospital beds.

Experts have pointed to the fact Germany has one of the world’s highest concentrations of hospitals.

On top of this, the German government last month said it would double the number of intensive care beds to about 56,000 amid the coronavirus pandemic.

In contrast, the UK had just 4,000 ICU beds as of the end of March, although work has been ongoing to boost that number.

ICU beds can mean the difference between life and death for those who become severely ill with Covid-19.

As well as more ICU beds, Dr Mike Ryan, health emergencies director at the World Health Organisation (WHO) also revealed rigorous testing in Germany may be having an impact on their death toll.

He said last month: "Germany has had a very aggressive testing process – so the number of tests maybe detecting more mild cases."

And, speaking at a press conference in March, Professor Lothar Wieler of Germany’s Robert Koch Institute added: "From the beginning, we have very systematically called upon our doctors to test people.

"We can provide testing to a high degree so that we can easily look into the beginnings of the epidemic."