South Australian Equal Opportunity Commissioner Niki Vincent will move to Victoria to ensure its 300 public service employers comply with laws in the Gender Equality Act 2020, which requires them to meet gender targets. 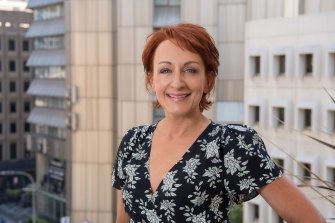 Councils, universities and TAFEs, Victoria Police and Court Services Victoria and the Office of Public Prosecutions are among employers that will need to actively pursue gender targets, reduce sexual harassment and work to close the gender pay gap under Dr Vincent's oversight.

The act – an Australian first – also covers workers in higher education, nursing, teaching and the emergency services. It also subjects any policy, program or service that seeks funding in Victorian budgets to "gendered analysis".

Dr Vincent said she hoped the implementation of the act would prompt other states to improve gender equality in the public service.

“By requiring public sector organisations to demonstrate meaningful progress towards gender equality, the Gender Equality Act will inspire and influence action across all Victorian sectors and communities around the country,” she said.

Under the bill, a range of options is available to the commissioner should employers fail to show they are improving gender equality, including issuing compliance notices to organisations or bringing the matter to VCAT for review and enforcement.

Organisations employing 380,000 people – or 11 per cent of the Victorian workforce – will be required to create gender equality action plans and report equal pay, sexual harassment and equal opportunity career progression.

Announcing the legislation, Minister for Women Gabrielle Williams said "until we start leading by example as a government and a firm decision has been made [to mandate gender quality], we can't fairly expect the private sector to do better".

“We’ll be looking to Dr Vincent’s professional and academic insights to help benefit women across Victorian workplaces – as well as inspire Victorian employers to get behind these landmark reforms," Ms Williams said.