Out of the darkness: From fish tanks to actual tanks, businesses prepare for the big reopening… as National Gallery bosses pledge to keep free admissions for visitors

Businesses up and down the country made their final preparations yesterday as England got ready to take a huge step towards freedom.

Pub tables were wiped, hotel rooms were dusted and West End performers warmed up ahead of the third stage of lockdown easing.

At Tynemouth Aquarium in the North East, staff cleaned the fish tanks, while in Southampton a new cruise ship, Iona – the largest ever built for the UK market – entered the harbour for the first time. 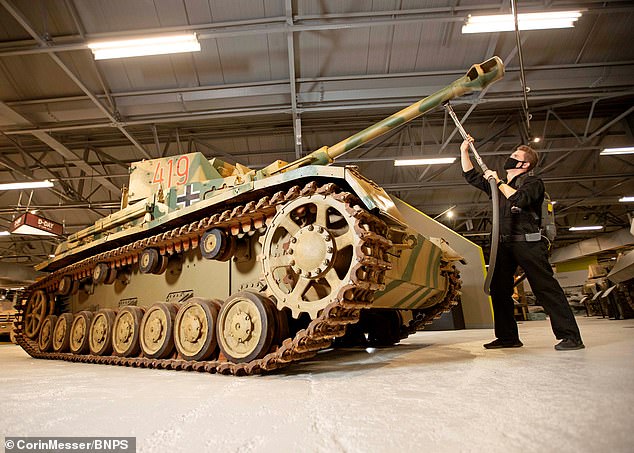 The tanks on display at the Tank Museum in Bovington, Dorset, which also opens today, were given a spruce-up. Pub tables were wiped, hotel rooms were dusted and West End performers warmed up ahead of the third stage of lockdown easing

Evie Gosling cleaned Chelmsford’s Anchor pub, which can finally serve customers indoors again, and the tanks on display at the Tank Museum in Bovington, Dorset, which also opens today, were given a spruce-up.

Bars, pubs and venues across the country were allowed to open their doors for indoor service as the lockdown rules changed at 12.01am today.

Despite it being a Monday, landlords refused to delay reopening any longer than necessary and kept their doors open until the early hours of the morning. 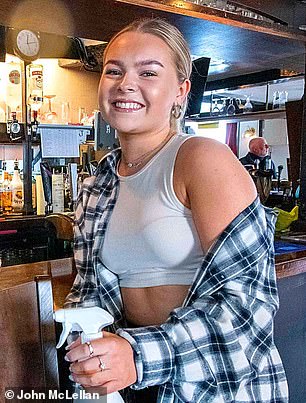 English pubs reopened for outdoor drinks on April 12, but bad weather had put many people off nights out. One landlord made up for lost time by turning his bar into a winter wonderland to celebrate ‘the Christmas pubs never had’.

Ian Snowball, landlord at the Showtime Bar in Huddersfield, said: ‘Boris nicked our Christmas. But that all changes as Showtime prepares to steal the moment back, albeit it four and a bit months late – but better late than never.’

Comedy lovers in Islington, north London, were looking forward to taking advantage of the midnight rule change to attend a performance billed as the UK’s first live indoor comedy gig of the year.

The Bill Murray Comedy Club put an end to a bleak year for humour by launching its first gig in months at a minute past midnight.

Limited tickets were available to supporters who have kept the venue solvent over the past year. 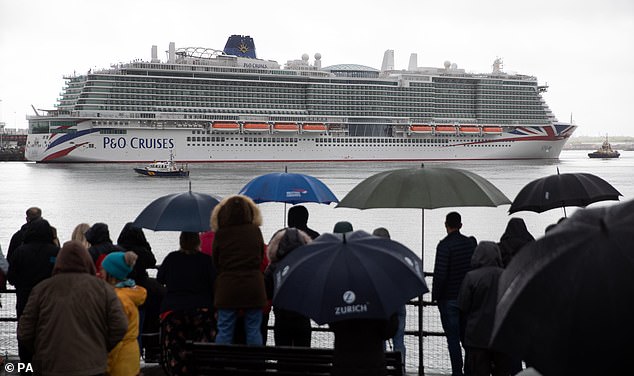 In Southampton a new cruise ship, Iona – the largest ever built for the UK market – entered the harbour for the first time 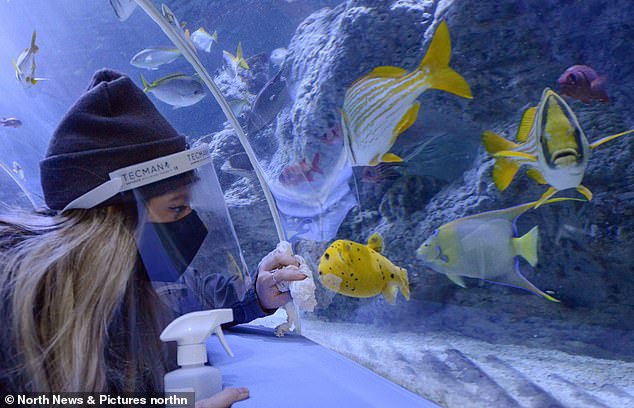 Cassandra Naisbitt is seen cleaning Tynemouth Aquarium ahead of its reopening

By Emma Powell Showbusiness Correspondent for the Daily Mail

The National Gallery has vowed to keep free admissions for all as its doors reopen today after 152 days.

Director Gabriele Finaldi said they will ‘cling’ to allowing free entry – even if finances were to be battered by a fourth lockdown. He added that 700 years of paintings ‘belong to everyone’.

‘Free admission is non-negotiable. That is not an issue that we’re looking at and that’s very reassuring for us. The Government is committed and the institutions themselves are committed, and it’s what the public have grown to live with and to expect. 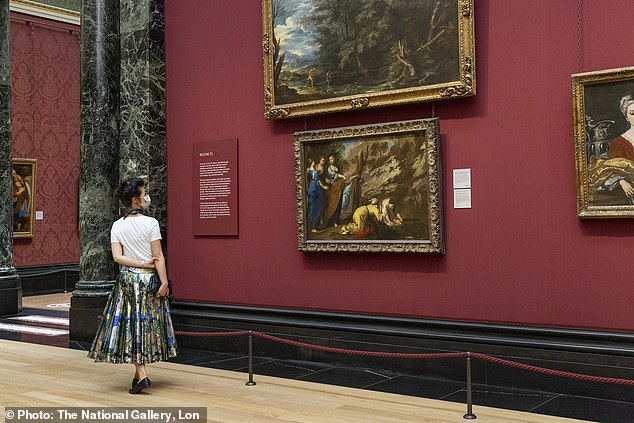 ‘We have a very fluid, natural, organic relationship with our great museums and that is definitely something we should cling to and it’s something we are hugely admired for as well,’ Dr Finaldi said. Today the London landmark reopens after 152 days of closure – with strict Covid guidelines in place to allow a safe return.

The gallery will keep the changes that were introduced in July 2020 when it became the first major national art museum to reopen after the initial lockdown following 111 days of closure.

Measures include floor markings for two-metre social distancing, hand sanitisers, perspex screens, PPE for staff and shorter visiting hours. All visits must be booked online and in advance, with guests able to enter only through the Sainsbury entrance and exit through the Getty entrance.

The exhibit Sensing the Unseen: Step into Gossaert’s Adoration, which had to close less than a week after opening, can be seen for free as well as An Overflow of Passion and Sentiment – produced by Rosalind Nashashibi, the 2020 National Gallery artist in residence.

Dr Finaldi, who has been director since 2015, said throughout lockdown he has received letters from members of the public who have hailed the gallery’s online programme a ‘lifeline’.

But the director, who described the digital venture as a ‘voyage of discovery’, said despite its success ‘a gallery without people doesn’t make much sense’.

Many would say lockdowns have been a disaster for their barnets – and the hairdressing industry has also taken a battering, with more than 7,300 salons driven out of business by the pandemic.

Almost a fifth of the 44,800 hairdressers, nail bars and brow salons which operated in March 2020 have now permanently closed, data from the British Beauty Council shows.

More than 60,000 beauticians and hairdressers have lost their jobs, with the number of full-time staff slashed by 21 per cent.

Salons were allowed to reopen on April 12, but the British Beauty Council – which represents the £30billion sector – estimates that they have already missed out on three million appointments due to Covid restrictions.

The Government’s small business minister Paul Scully said: ‘The beauty sector is so crucial to our recovery from Covid, not only for boosting jobs and local high streets but also for the career opportunities it provides.’