The BBC is involved in a fresh race row as Jamaica’s foreign minister complains over a Famalm sketch showing Caribbean men leering at women and high on cannabis.

The episode sees a male host stare at a character playing maths boffin Rachel Riley, before he pretends to have sex with her.

It also features a panellist high on marijuana, who forgets an answer to a question, and plays on the stereotype that black men are well endowed.

The BBC is already under fire after deciding to play Land of Hope and Glory and Rule Britannia without lyrics at the Last Night of the Proms. 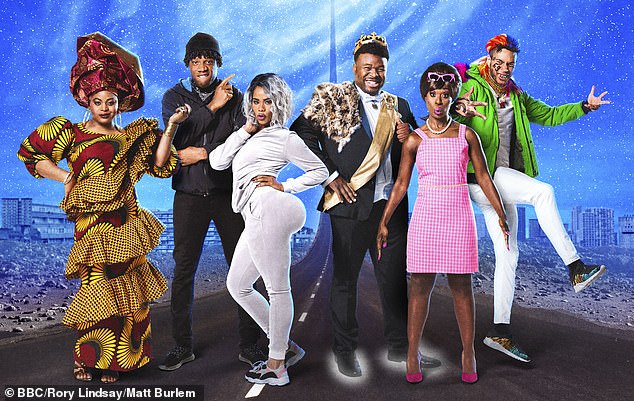 Ms Johnson-Smith tweeted: ‘This is outrageous and offensive to the incredible country which I am proud to represent along with every Jamaican at home and within our #Diaspora. I will immediately be writing formally on this! #StopThisShow.’

She was replying to a tweet from entrepreneur Nathaniel Peat, who wrote: ‘As the Global Jamaica Diaspora Counsel Rep for South UK @bbcthree the Jamaican community in the UK have expressed serious concerns at how offensive the content in this show is.

‘This doesn’t reflect our culture well Nd many are upset. @Ofcom @kaminajsmith @mfaftja.’

But the BBC defended Famalm, with channel controller Fiona Campbell saying it was not ‘malicious’, adding: ‘We stand by the creator’s brand of humour.’

She told the Edinburgh TV Festival: ‘Famalam is now in its third series and it is very successful.

‘It is not malicious humour and I think if you followed on social, the creators themselves said they are poking fun at all stereotypes.

White BBC comedy chief Shane Allen added: ‘Don’t diss my beloved Famalam. If you are going to do something about tricky topics it needs to be from those communities, from those people who’ve got that voice.’

A BBC spokesman said: ‘Famalam… now in its third series, has an established brand of humour in line with audience expectations and is well known for confronting issues.’

The broadcast announced it would play Land of Hope and Glory and Rule Britannia without lyrics at the Last Night of the Proms due to an association with colonialism.

It said ‘new orchestral versions’ of the hugely popular anthems would feature in the rousing finale of its concert next month. 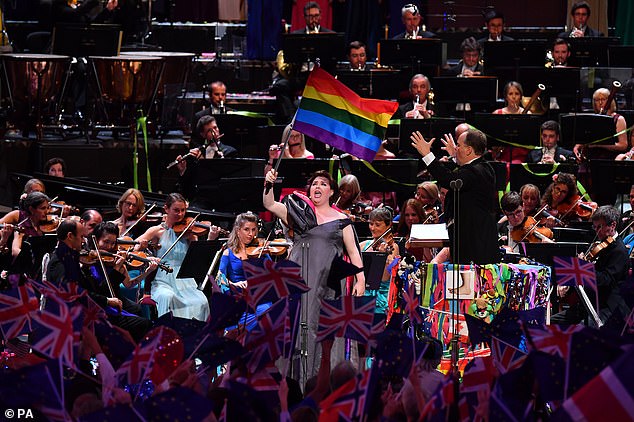 Neither will be sung even though a soprano will perform the National Anthem, Jerusalem and You’ll Never Walk Alone.

The songs are part of the last night’s finale, when thousands of flagwaving ‘prommers’ traditionally pack the Royal Albert Hall.

But critics claim the lyrics to Rule Britannia, including the line ‘Britons never, never, never shall be slaves’, are overtly racist given the UK’s role in the slave trade.

The 1902 lyrics of Land of Hope and Glory were reputedly inspired by Cecil Rhodes, an imperialist whose statue is being removed from an Oxford college.

It was reported at the weekend the conductor for this year’s Last Night, Dalia Stasevska of Finland, was keen to reduce the patriotic elements of the event.

This year, without an audience, was seen as the perfect moment to bring about change.

It led to a huge backlash, with even the Prime Minister and Culture Secretary Oliver Dowden getting involved.

In a bid to defuse the row, BBC bosses finally announced the Last Night on September 12 would still feature ‘familiar, patriotic elements’.