A former police officer charged with murdering a missing Warrnambool father will require specialist medical care in custody due to an array of health issues. 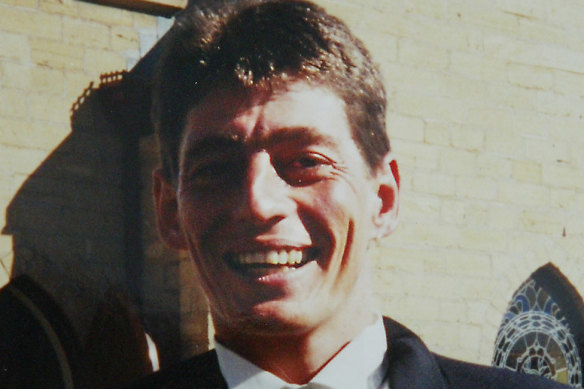 Christopher Jarvis went missing in 2006. His body has not been found.

The pair were arrested earlier this week over the disappearance of Christopher Jarvis, 38, who was last seen leaving his home in the state’s south-west in June 2006.

A balding Johnson, from Wangoom – about 11 kilometres north-east of Warrnambool – appeared via video link from custody and wore glasses and a black jacket. He appeared to struggle to hear some of what was said in court.

Johnson was being treated for a number of health conditions including post-traumatic stress disorder, the court heard, and had been without some of his medication since his arrest on Tuesday.

Magistrate Simon Guthrie also noted it was Johnson’s first time in custody and that he was a former police officer.

When asked if he had heard what was being said, Johnson replied: “Yes I did, your honour.”

During Fenwick’s court appearance on Wednesday, Jarvis’ family cried out in court and begged the accused man to tell them where the Christopher Jarvis’ body was.

When he failed to show up at work, staff contacted Jarvis’ partner at 7.30am. 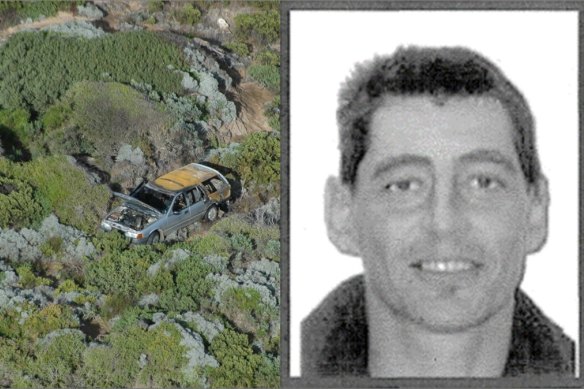 Christopher Jarvis was last seen alive in June 2006. His car was found on fire near the Warrnambool coast soon after.

His car was found on fire about 30 minutes later at Thunder Point, a popular coastal lookout in Warrnambool.

Jarvis’ body has never been found.

A police spokeswoman said while their initial inquiries suggested Jarvis’ disappearance was not suspicious, new information provided to the missing persons squad refocused the investigation and suggested others might have been involved in his disappearance.

The two accused men have both been remanded in custody to reappear in court in April.