The Foreign Secretary’s grace and favour country estate is planning a £5million project to build 10-metre-high earth mounds on its land – to block out any view of the M25 motorway.

Historic Chevening House in northern Kent, which was left to the nation and is now at Dominic Raab’s disposal, wants to embark on a huge landscaping project which would take five years to complete.

Its near neighbours have criticised the scheme as ‘unnecessary’ and say their lives will be made a misery by 80 construction vehicles a day visiting the site.

‘Why do they want to do this now when the M25 has been there for 40 years,’ said one resident from the nearby village of Chipstead. 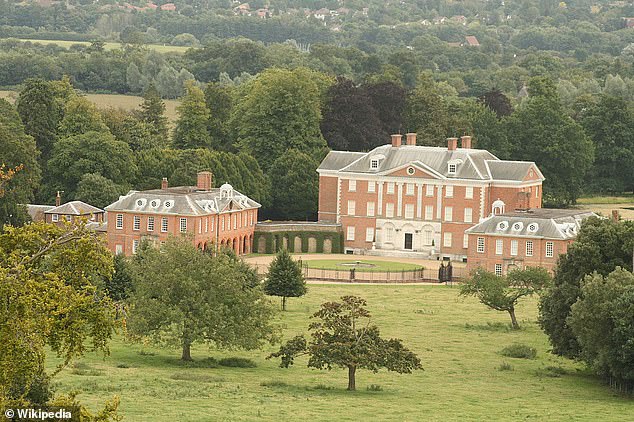 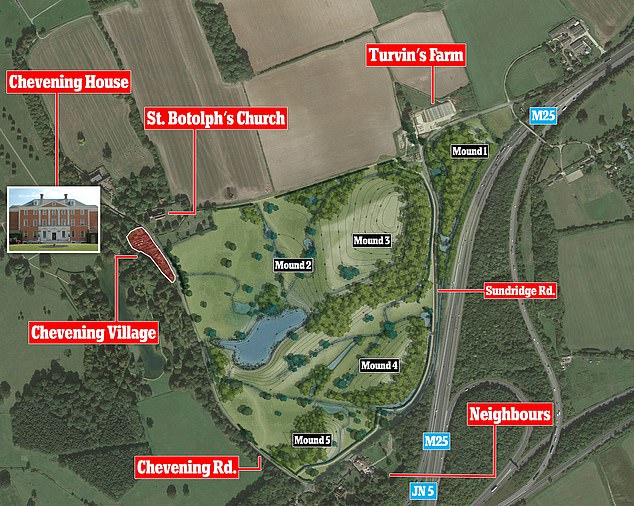 The 3,500 estate sits near the village of Chipstead, close to Sevenoaks, in Kent, and is around 800 metres from the busy motorway. A map above shows its proximity to the M25 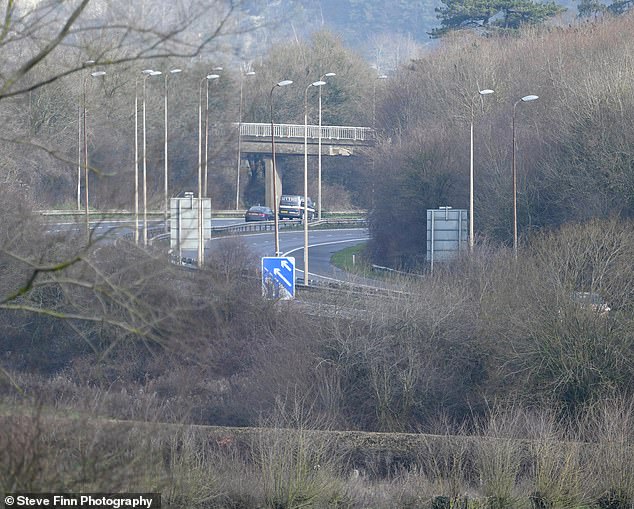 Neighbours in nearby Chipstead are upset that 80 building trucks a day will visit the site. They say the motorway (above) was built 40 years ago and insist you can’t see it from the house

‘I wouldn’t mind if the public would benefit from all this work, but it is for one person who might use the house on the odd weekend.

‘The house was left to the nation, but it is only a privileged few who actually get to use the house or benefit from the grounds.’

Neighbours also claim the motorway at Junction five can hardly be seen from the house. 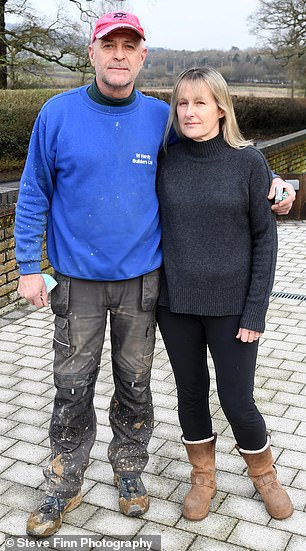 In a planning application to carry out the landscaping the trustees of Chevening House say the proposed scheme is to ‘mitigate the harm of the motorway’.

They say high sided lorries and the lighting gantries above the busy motorway can be seen from the grounds of the 3,500-acre estate and detract from its splendour.

But builder Wayne Hardy, one of only two homes in the hamlet of Chevening not owned by the estate, said he doubted the busy motorway which carries up to 200,000 vehicles a day was even visible from the house.

‘The main house has got to be at least 800 metres away from the motorway, and there is no way they can see most of the lorries on the road,’ he said.

The house and its sprawling estate was bequeathed to the nation by its last owner Earl Stanhope and its upkeep is managed by a group of Trustees.

Trustees submitted a planning application to Sevenoaks District Council for permission to carry out what they have called the Chevening Estate Parkland enhancement.

It has the support of heritage group Historic England and will involve transforming mostly level arable farmland into a park with a lake.

The construction work will involve over 700,000 cubic metres of earth to build the mounds up to 10 metres high. 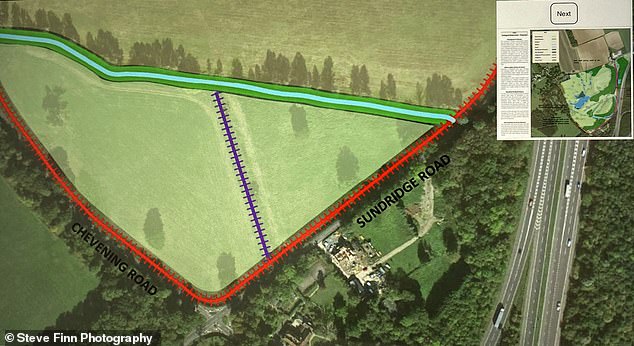 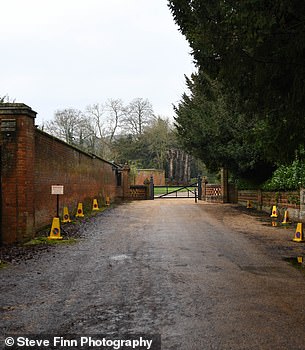 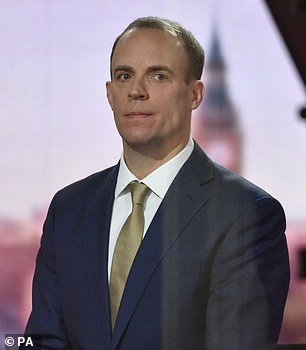 The vast property in Kent (entrance pictured left) is the grace and favour property to be used by the sitting Foreign Secretary of the day, the current incumbent being Dominic Raab (right)

During this construction phase up to 80 trucks a day will be visiting the site.

‘For that many lorries to visit the site it is about one every ten minutes,’ said Mr Hardy.

His neighbour Lela Weavers said: ‘I am not totally opposed to what they want to do they could build the mounds close to the perimeter so that they do.

‘I know it might only be for a short time, but this landscaping is meant to take five years, but nothing ever finishes on time.’

Chevening Parish Council commissioned experts in planning to look into the plans – and both said it was likely to cause more harm than good.

Historic England have given their backing to the scheme saying they will deliver ‘enhancements to Chevening’.

George Back, a spokesman for the estate’s managing agents, RH & RW Clutton told MailOnline there had been talks about the landscaping project since 2008. 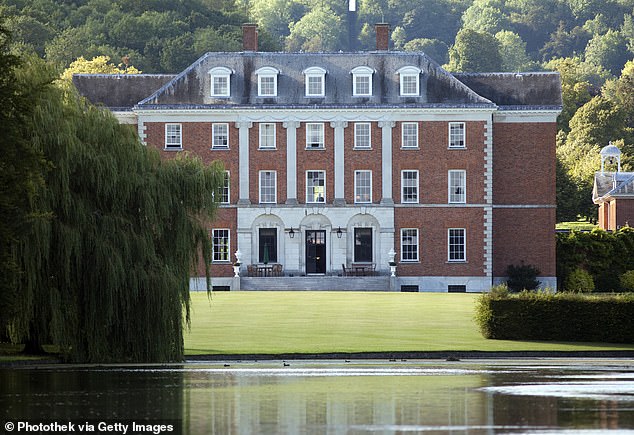 Talks about landscaping Chevening House (pictured) have been going on since 2008, George Back, a spokesman for the estate’s managing agents, RH & RW Clutton told MailOnline

He said the project was self-financing and no public funds would be used during the five years it would take to complete.

Mr Black said: ‘We are creating a parkland that will transform the south east corner of the estate.

‘It is possible to see HGV’s on the motorway from the grounds but the scheme is more than that.’

The planning application will be considered by Sevenoaks District Council later this year.