Trident submarine-launched ballistic missile is tested off the Florida coast with a range of more than 4,000 nautical miles but Floridians think it’s a ‘UFO’

Strange lights in the sky were seen in South Florida on Tuesday evening leading to many people grabbing their cellphones to snap pictures of the unusual sight.

Some people believed that the UFO was proof that aliens had finally reached Earth but the Navy soon confirmed that it was in fact simply testing a missile.

A Trident-II ballistic missile was launched from a submarine in the Atlantic just off the Florida coast. 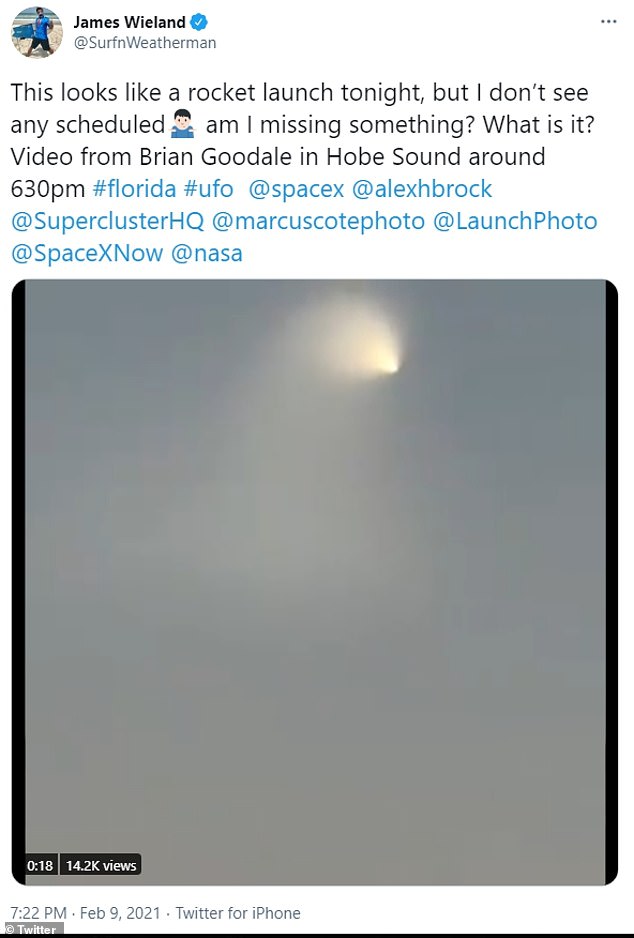 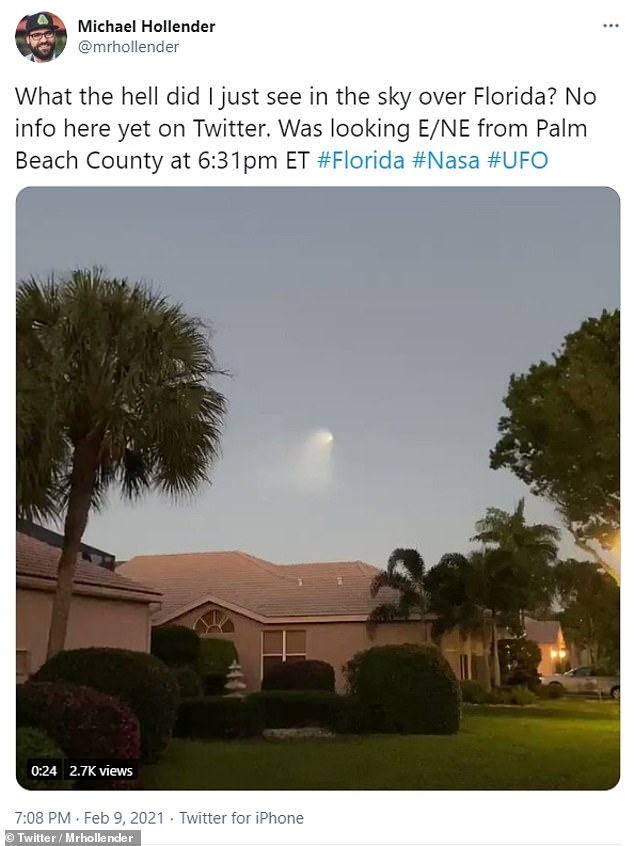 The Trident-II ‘is a three-stage, solid propellant, inertially guided FBM with a range of more than 4,000 nautical miles,’ according to The Federation of American Scientists.

‘No that’s not a UFO,’ local meteorologist Zach Covey tweeted. ‘It was a Trident-II SLBM Missile Test from a submarine off the coast of Florida. The missile test had been scheduled for the past few days and we just so happened to catch it tonight.’

“The fact that you’re seeing people from Florida and The Bahamas seeing it simultaneously it tells me that it’s extremely high up in the sky,” said Eric Vandernoot, an astronomy and physics lab coordinator at Florida Atlantic University to WPTV.

The tests help to guarantee America and Britain’s second-strike capability that underpins both country’s nuclear deterrents according to The Drive.

It is not clear at this time if the launch came from a U.S. Navy or British Royal Navy nuclear ballistic missile submarine.

Rocket and missile launches are most visible during the early evening and before sunrise thanks to the lower angle of the sun which illuminates the rocket vapor trail. 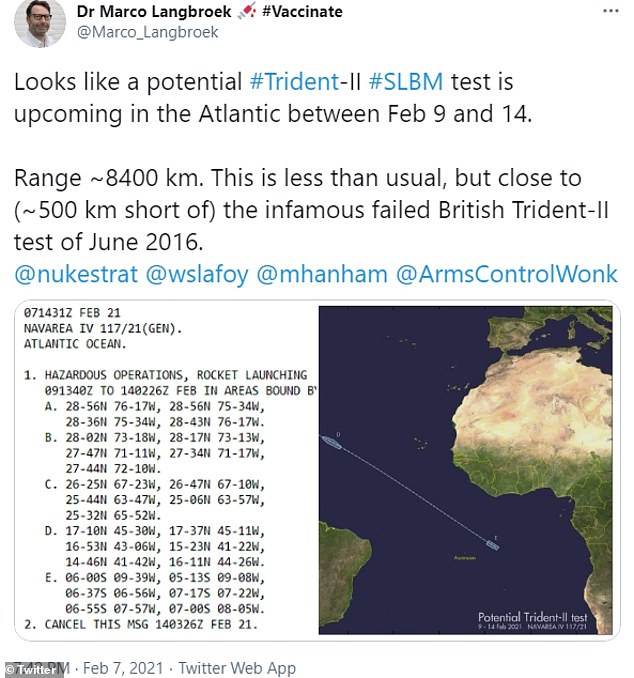 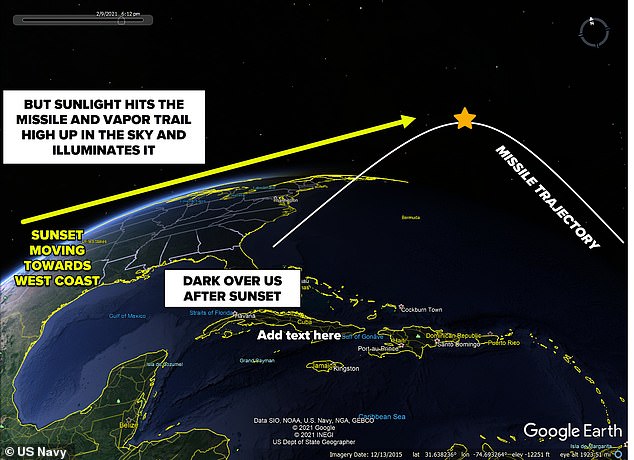 The Navy explained why the missile’s vapor trail was so prominent, especially around sunset