FLIP Or Flop host Tarek El Moussa's wife Heather Rae Young sizzled as she posed in a lilac bikini while on their idyllic Maldives honeymoon.

The TV star couple married last month in a lavish, heartwarming ceremony which featured flower arches and walls of champagne. 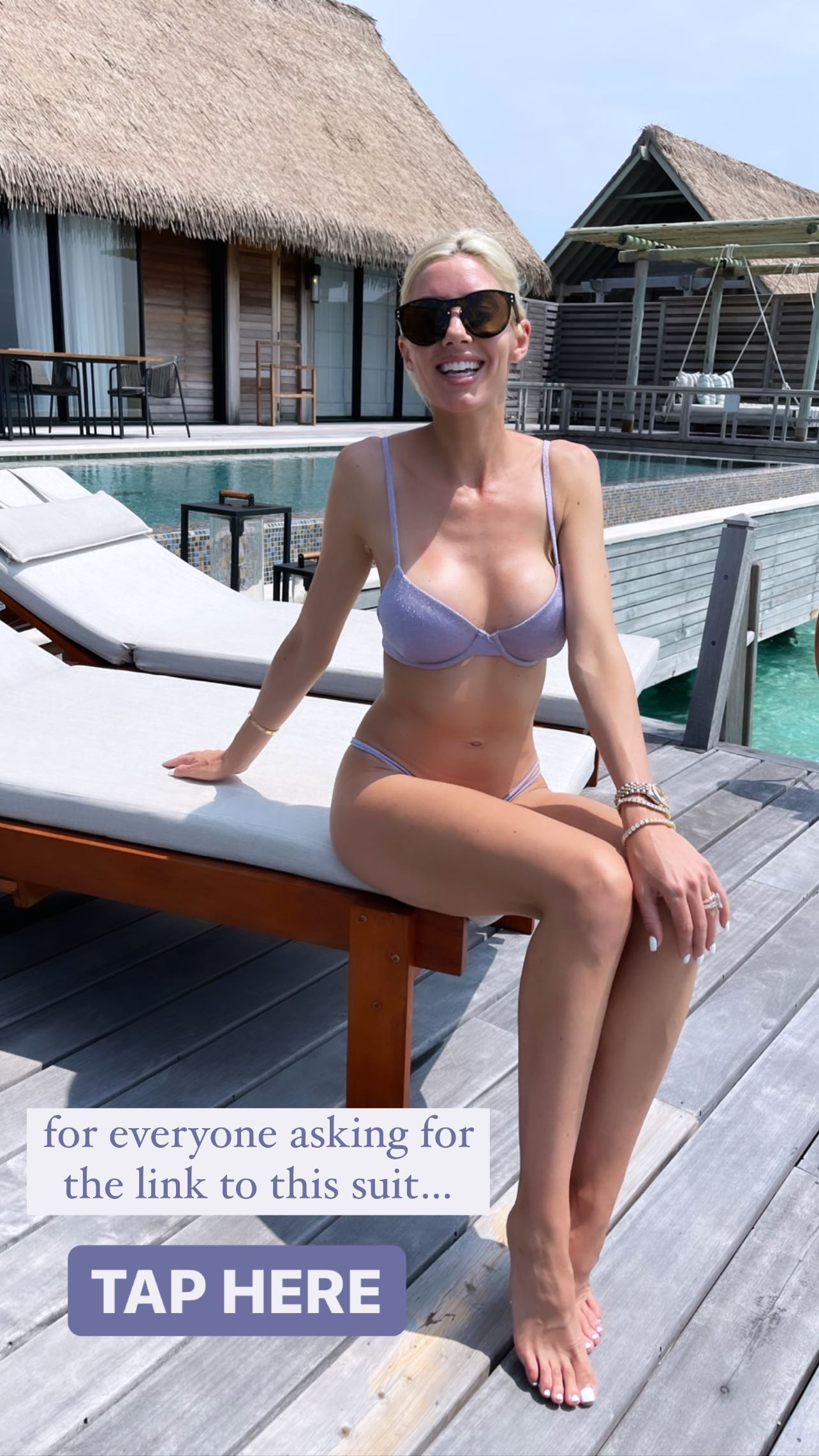 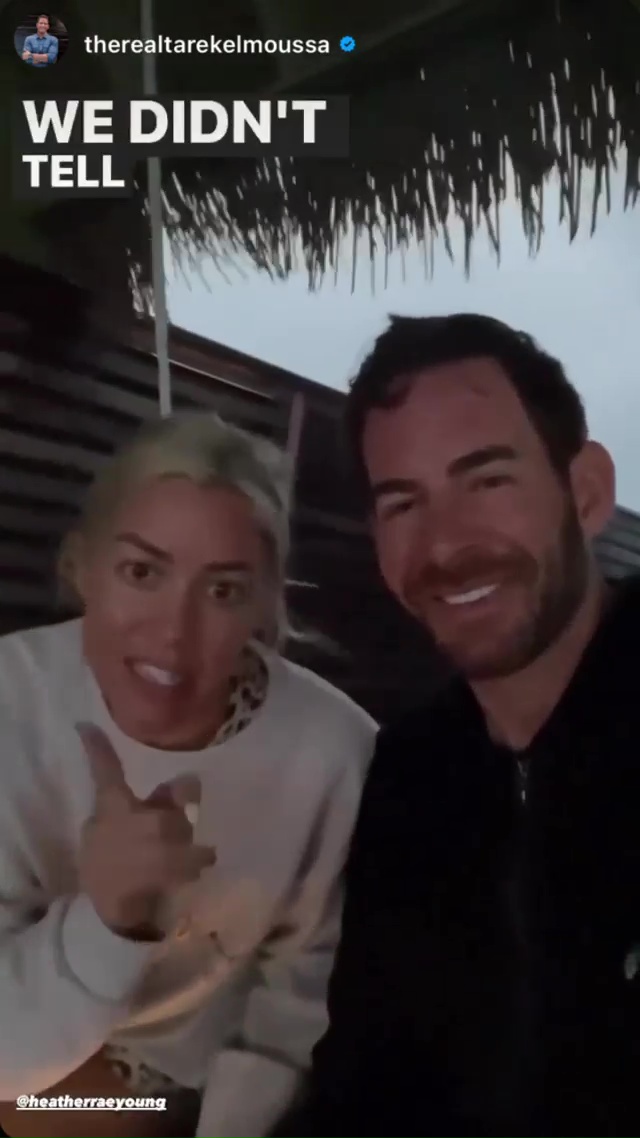 They are now embracing their first few weeks as man and wife on the picture perfect island.

Selling Sunset realtor Heather gave a glimpse of their special time on her Instagram page, and uploaded a shot showing her posing on a lounger in her sparkling swimwear.

She tagged the Revolve item, which she accessorized with huge sunglasses, a watch and bangles, before showcasing more of her holiday wardrobe.

Earlier in her Stories, she captured a heart-shaped flower arrangement placed on their table at the Waldorf Astoria.

Heather plucked a flower from the arrangement to put in her hair before the newlyweds posed for a sweet selfie at their dinner table.

She then honed in on their stunning dinner as she gushed: "Eating everything on this trip!!

Later Heather could be seen wearing her personalised Mrs El Moussa jersey as they told fans they had been up since 5am – despite being on vacation – to deal with a flood in their home.

Tarek and Heather announced their engagement in July of 2020, after one year of dating.

While on a boat trip to Catalina Island, California, Tarek popped the question and Young said yes.

According to Tarek, the island is a special place for the couple who enjoy spending time on boats together.

The engagement featured a flower-petal-lined path leading up to two palm trees, where he was standing.

Surrounding the palm trees was a flower arrangement consisting of over 5K flowers, including roses and peonies – some of the Sunset star's favorites.

Prior to the engagement, Tarek revealed that he asked Young's parents for their permission to marry their daughter, to which they approved.

The ring features an eight carat, colorless, emerald-cut diamond, which he described as "perfect".

Tarek's ex wife Christina Haak was on vacation in Tennessee during his second marriage.

The pair have their own HGTV show titled Flip or Flop and owned a real estate agency together.

They divorced in 2018 after nine years of marriage.

Christina and Tarek have two children together, Taylor, and Brayden El Moussa, with Heather now acting as their "bonus mom."

Despite their split, they continued to film Flip or Flop together and co-parent their children. 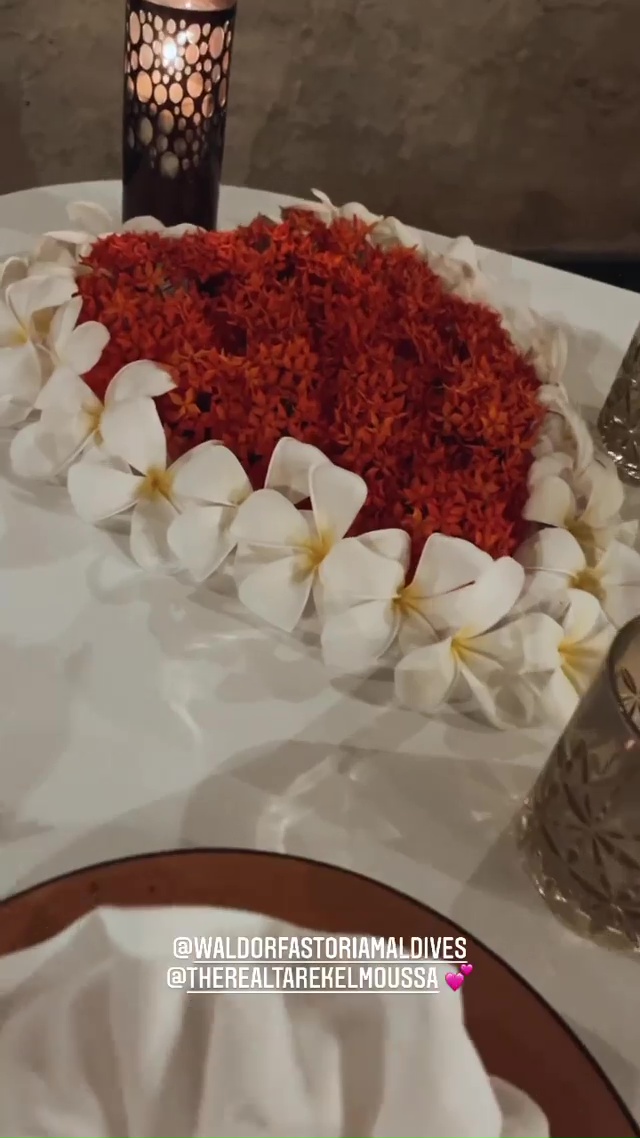 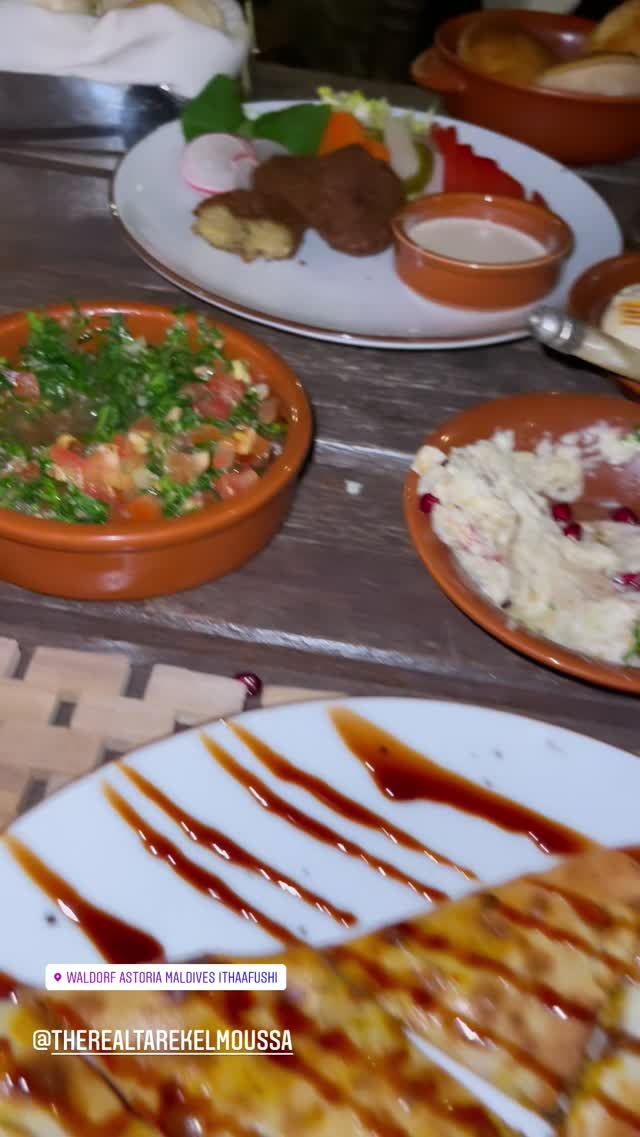 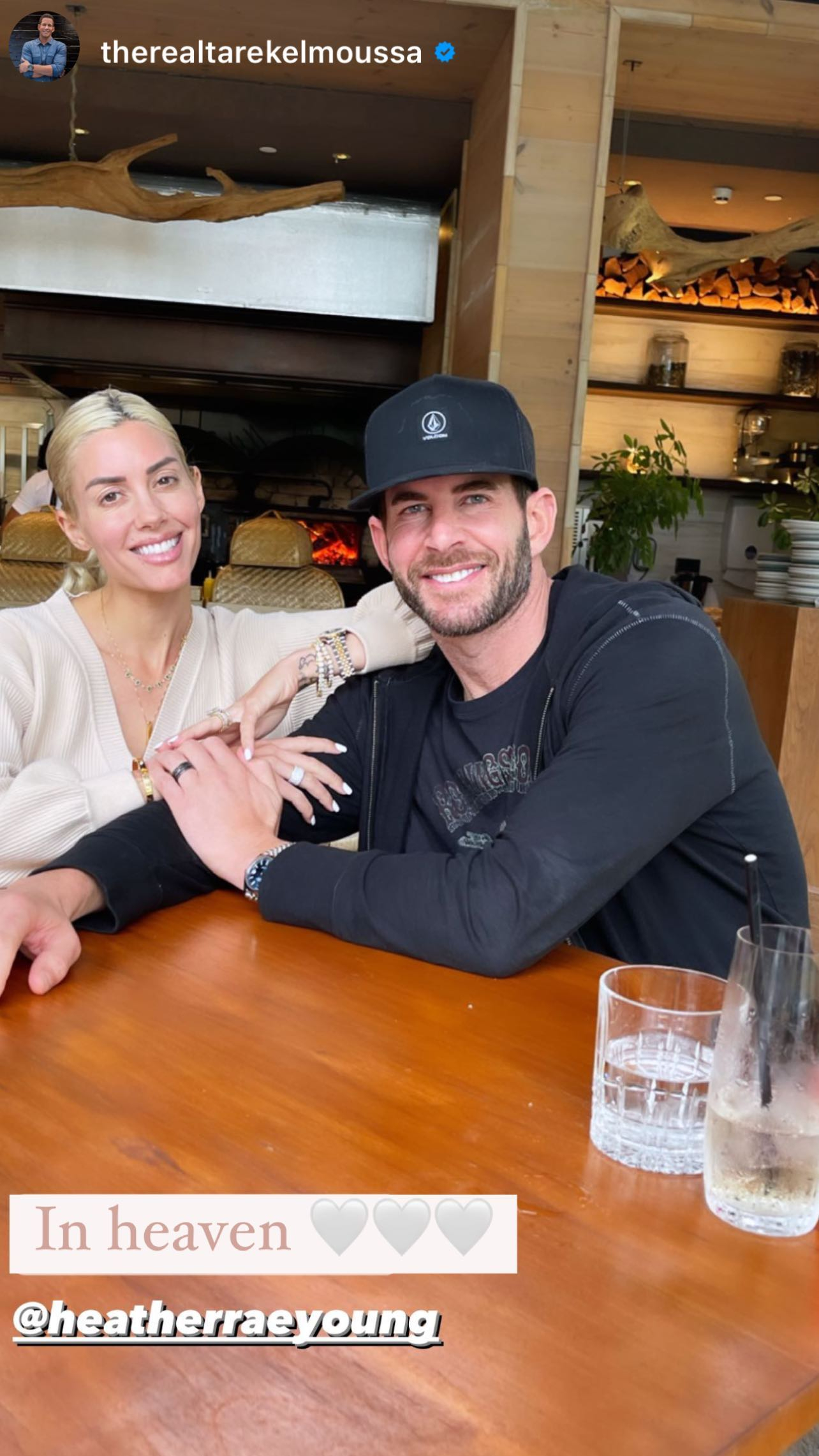