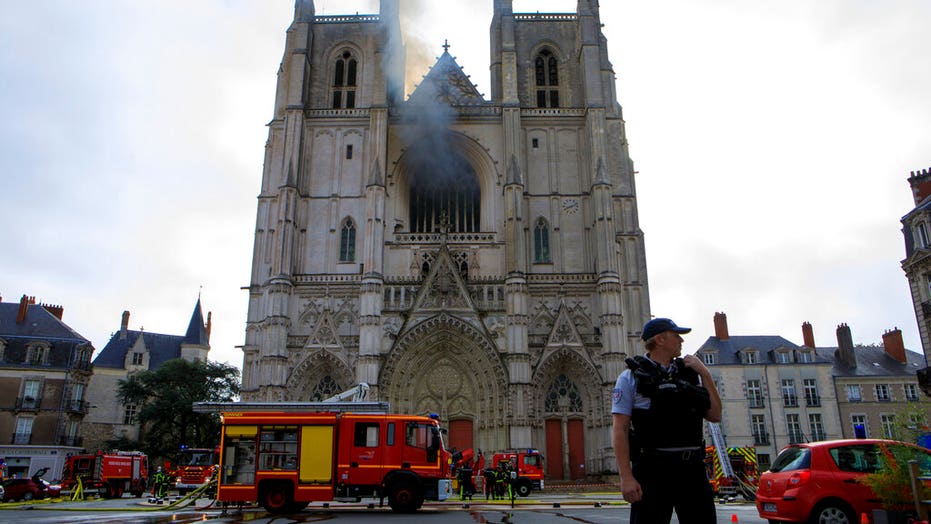 A fire ripped through the famed Gothic Cathedral of St. Peter and St. Paul in the western French city of Nantes Saturday morning and authorities are investigating the incident as a criminal act.

Prosecutor Pierre Sennes told reporters three fires had been started inside the cathedral and authorities were treating the incident as a case of arson, according to the Irish Times.

Smoke billowed from the church's two towers and stain glass was shattered and blown out of the windows. No injuries were reported. 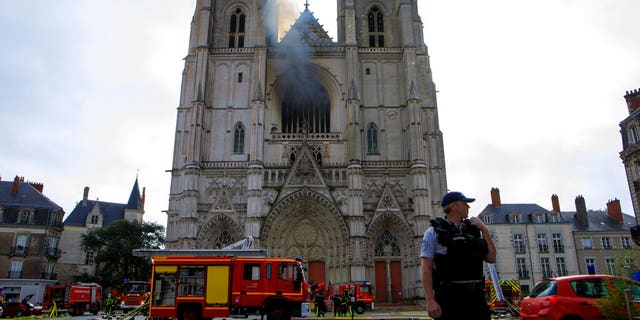 Over 100 firefighters working together were able to get the fire under control but said the church's great organ, revered as the “soul of the cathedral” by worshippers, sustained massive damages.

“The damage is concentrated on the great organ which appears to be completely destroyed. The platform on which it is located is very unstable and risks collapsing,“ Gen. Laurent Ferlay, head of the firefighters in the Loire Atlantique area, said during a press briefing in front of the cathedral.

The organ dates back to the 17th century. It survived another fire in 1972 that desecrated much of the wooden structure.

The cathedral had been built over five centuries and completed in 1891.

“It is a part of our history, a part of our heritage” Nantes Mayor Johanna Rolland told reporters. “We all have these images in mind, this story in our hearts, but at this stage, the situation does not seem to be comparable to that of 1972.”

French Prime minister Jean Castex was also on the scene and told reporters, “I want to know what happened even if it’s very early." 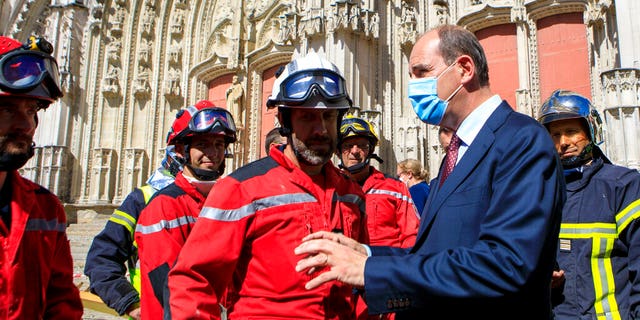 For others, the fire at the Gothic church was reminiscent of the fateful blaze that burned through Notre Dame cathedral in Paris over a year ago and caused massive structural damages to the edifice.

“After Notre-Dame, the Saint-Pierre-et-Saint-Paul cathedral, in the heart of Nantes, is in flames. Support for our firefighters who take all risks to save this Gothic jewel of the city," French President Emmanuel Macron wrote in French on Twitter. 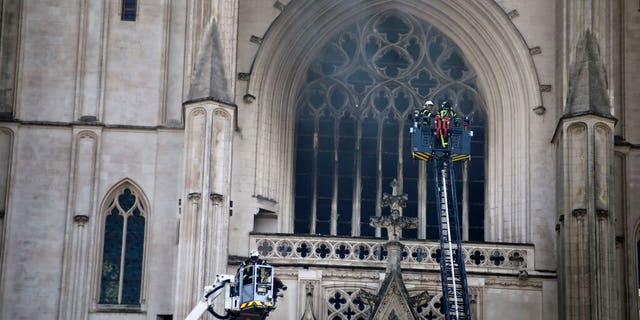 The fire shattered stained glass windows and sent black smoke spewing from between its two towers of the 15th-century cathedral, which also suffered a serious fire in 1972.
(AP)

Ferlay attempted to quell fears and discourage parallels between the Nantes fire and Notre-Dame, saying “We are not in a Notre-Dame de Paris scenario. The roof has not been touched."