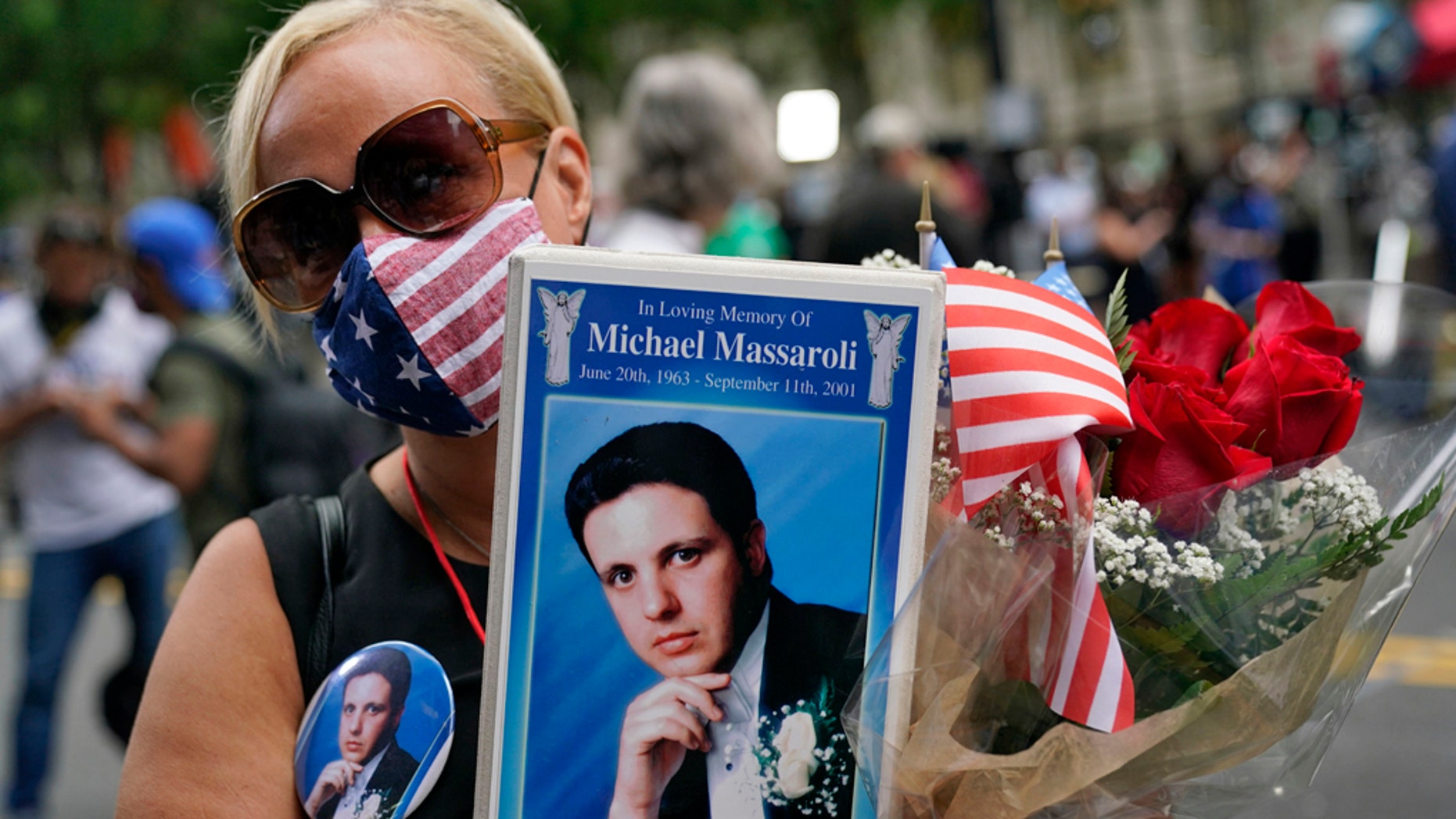 Diane Massaroli holds flowers, flags and a photo of her husband Michael Massaroli who died during the Sept. 11, 2001, attacks at the World Trade Center. (AP Photo/Mark Lennihan)

A U.S. federal judge on Thursday directed the Saudi Arabian government to make 24 current and former officials – including a prince and his chief of staff – available for depositions about what they knew leading up to the Sept. 11, 2001, terrorist attacks that killed nearly 3,000 Americans.

The decision, made by Manhattan federal Magistrate Judge Sarah Netburn, came on the eve of the 19-year remembrance of the worst terrorist attack on U.S. soil.

The families of the victims have been fighting in court for years to look into the Saudi Kingdom's alleged role in assisting Al Qaeda operatives that hijacked four American planes and flew them into the World Trade Center towers in New York and the Pentagon just outside D.C. A fourth plane, whose target was the U.S. Capitol, was commandeered by passengers and crashed in a field in Shanksville, Pa,

The families have accused the U.S. government of a massive coverup and have pinned much of the blame on U.S. Attorney General Willam Barr, who has gone to extraordinary lengths to block the release of 9/11 documents to families of the victims despite a pledge from President Trump to help families that have accused Saudi officials of being complicit.

Barr has claimed the documents, if released, would put national security at risk.

He said that public discussion of the issue "would reveal information that could cause the very harms my assertion of the state secrets privilege is intended to prevent."

Brett Eagleson, whose father was killed in the attacks, called Thursday's decision "groundbreaking."

He added, "this ruling basically allows us to depose key members of the Saudi royal family."

The Saudi officials to be questioned under oath include Prince Bandar bin Sultan al-Saud and his chief of staff, Mussaed Ahmed al-Jarrah. The prince was the Saudi ambassador to the United States from 1983 to 2005. The FBI had previously questioned al-Jarrah for allegedly helping the hijackers.

The Justice Department fought to keep his name secret. It was only revealed following an error made by federal authorities.