Fears have been raised a town could soon be over-run by rats after its council banned the killing of rodents in case protected birds are accidentally poisoned.

The proposal, put forward by town councillor Dom Newton, means any workers or hunters looking to kill animals on the authorities land will now be denied access. 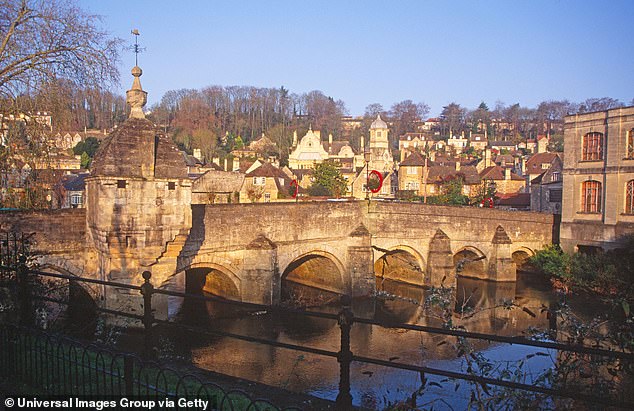 Pest control experts fear Bradford-on-Avon in Wiltshire could be ‘over-run,’ with rats after the town council outlawed killing rodents, in order to protect local birds of prey

Instead the council may install non-lethal traps to deal with rodent infestations.

But pest control experts say there are dangerous and time-consuming consequences.

Tim Bonner, chief executive of the Countryside Alliance, told The Telegraph locals’ health could be put at risk from the spread of rodent diseases, while warning pest controllers would simply have to release any rats after catching them.

He said: ‘It is astonishing that a local council would seek to prevent the legal control of rodents and pests when the overwhelming evidence makes clear that it is necessary to do so to protect public health, particularly in a town located next to a river.

‘This was a dangerous decision and in the interest of public health, Bradford on Avon council should urgently reverse it.’

Scott Mays, director of Wiltshire Pest Service, explained using non-lethal traps on vermin would require 24-hour checks to see if any had been caught.

He said: ‘I don’t quite know how that would work – the town would be over-run with rats.’

Bradford-on-Avon town council said it had very few incidents involving issues with rodents, explaining it would manage numbers by monitoring them regularly and dealing with keeping on top of its waste management.