POLITICAL divisions in handling the Covid-19 pandemic were to blame for the colossal death toll across the US, believes Dr Anthony Fauci.

The leading infectious disease expert has revealed that “divisiveness” and partisan behaviour are partly to blame for the devastatingly high numbers of deaths from Covid-19. 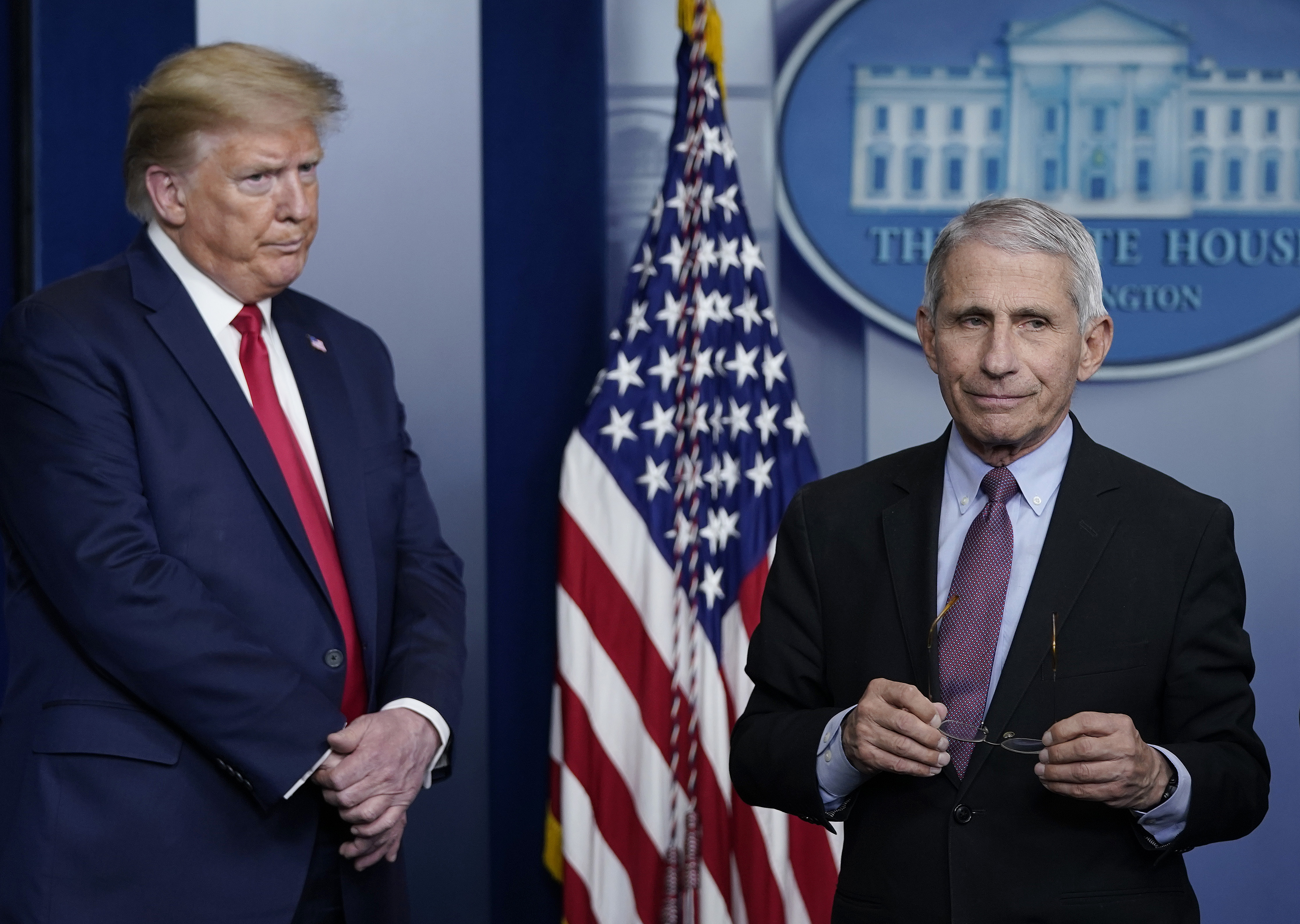 Dr Fauci said “mixed messages” from Washington meant it was impossible to get a grip of the burgeoning crisis, meaning infection rates and deaths sky-rocketed out of control.

Speaking on the grim milestone of the one-year anniversary since the World Health Organization (WHO) declared the pandemic, Dr Fauci said was “completely shocked” at just how the US had reached more than 500,000 deaths.

"One of the things I keep harkening back to, that you can't run away from, is that we had such divisiveness in our country that even simple common sense public health measures took on a political connotation," he told NBC's Today.

Fauci added that simple measures such as wearing a mask or other face covering or practicing social distancing became a matter of political affiliation.

"It wasn't a pure public health approach—it was really, very much influenced by the divisiveness we had in this country. And mixed messages were coming from Washington, that's for sure," he added.

Early on in the pandemic, then president Donald Trump was disparaging about the dangers of the pandemic, with Dr Fauci earlier criticising him for playing a "pretty macho guy" when it came to wearing a facemask.

The diseases expert also claimed Trump saw the Covid-19 outbreak as an "inconvenient truth" that he didn't want to accept.

Dr Fauci's statement comes a full year after WHO declared Covid-19 a pandemic on March 11, 2020.

Since then, the US has been the worst-hit country, with more than 29 million infections and 529,000 deaths, according to latest data from Johns Hopkins University.

On Thursday, Fauci told NBC that he would have been "completely shocked" if he had known a year ago the US would eventually reach over half a million deaths.

"It would have shocked me completely. I mean, I knew we were in for trouble," Fauci said.

"In fact that day, at a congressional hearing I made the statement, 'Things are going to get much worse before they get better.… ' But I did not in my mind think that 'much worse' was going to be 525,000 deaths," he added.

But the infectious disease expert said Thursday that there is "light at the end of the tunnel," with the number of cases declining and vaccination efforts bumping up across the country. 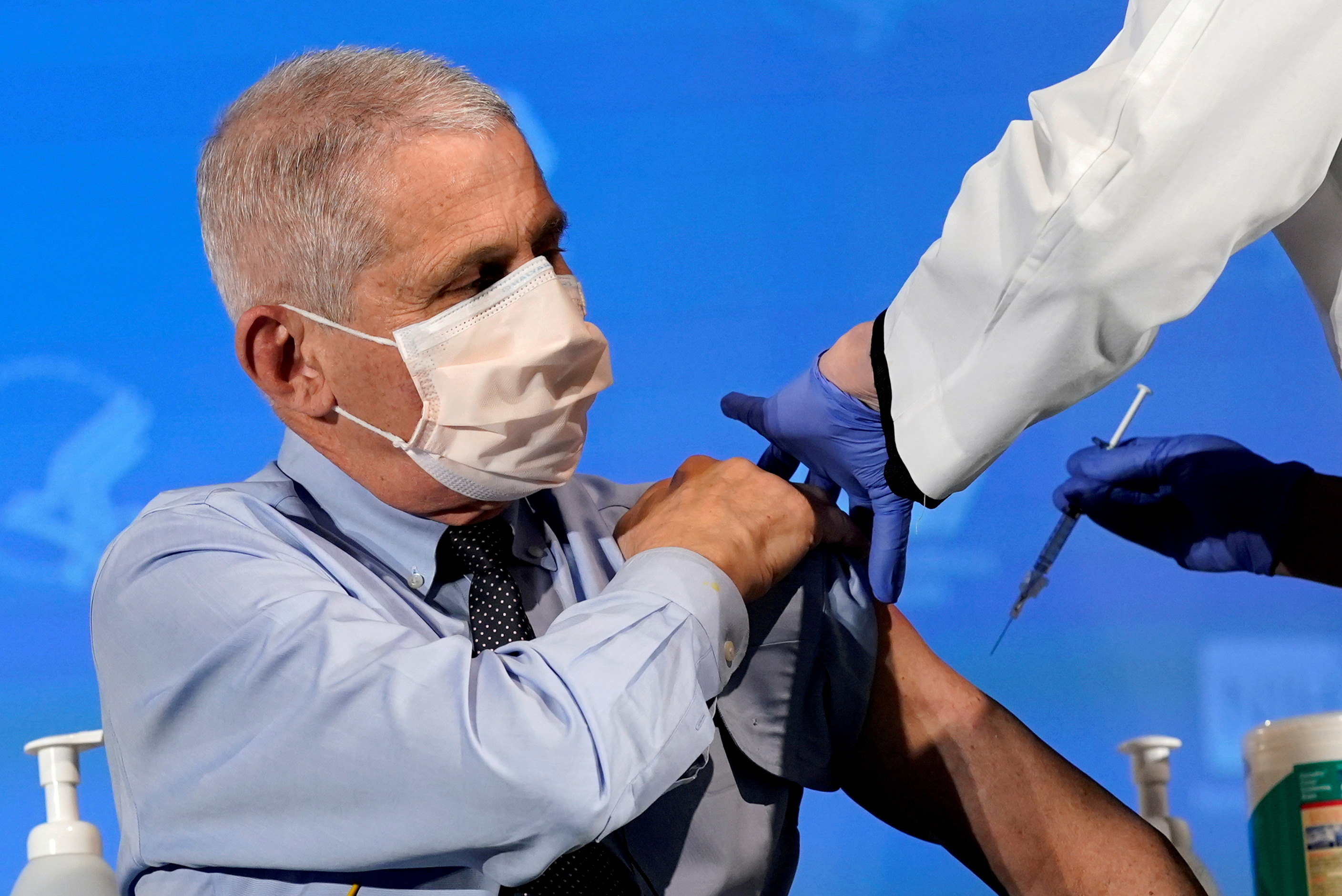 "Things look good, but we've got to keep putting our foot to the pedal when it comes to public health measures," he warned.

So far, there have been over 95 million vaccine doses administered in the U.S., with over 32 million Americans fully vaccinated against the disease, according to the Centers for Disease Control and Prevention.

Dr Fauci's comments come as it emerged today the US ignored warnings of coronavirus experiments in a Wuhan lab two years before the pandemic outbreak.

There is some hope on the horizon for those worst hit by the pandemic financially too, as today President Joe Biden signed his $1.9 trillion coronavirus relief bill.

The 78-year-old president signed his landmark stimulus bill into law on Thursday afternoon shortly after 2pm, an event which was was initially scheduled for Friday.

"My hope is by this time next year, we're going to be back to normal—before that," President Joe Biden told reporters.

"It depends upon people continue to be smart and understand that we still have significant losses."