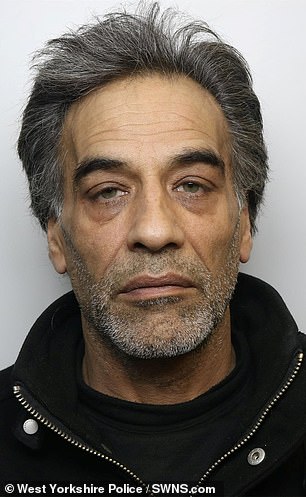 Farooq Ishaq Ahmed, 57, was jailed for two and a half years at Leeds Crown Court after admitting two counts of assisting an offender

A father has been jailed for trying to help his two sons try to flee the country – just hours after they stabbed a rival to death in a revenge attack over a drug dispute.

Farooq Ishaq Ahmed, 57, attempted to help his sons, Omar Ishaq and Kearon Barker, out of the country on a ferry in the wake of the 2019 attack.

Hours earlier, Ishaq, 34, and Barker, 31, stabbed a man to death in the street in a revenge murder relating to a dispute over drugs.

A court previously heard how Barker distracted the victim, 40-year-old Keith Harrower, while Ishaq approached him from behind and thrust a knife into his neck.

The brothers were jailed for a combined total of 44 years in February following a trial, ahead of their father Ahmed’s sentencing at Leeds Crown Court yesterday.

During a three-week murder trial, the court heard that Barker had been in charge of a drug supply line in Leeds and that Mr Harrower told friends he had robbed people involved with the supply of hundreds of pounds.

The father-of-five contacted Barker and was lured to an area believing he was going to buy drugs.

The two brothers lay in wait for Mr Harrower before launching their fatal attack.

It was heard that in the immediate aftermath of the attack in Leeds on December 12, 2019, the older man drove his sons to Hull, East Yorks., to escape the country by ferry.

As Ahmed drove, Barker and Ishaq made internet searches for last minute journeys across the North Sea, including ‘Hull to Amsterdam ferries tonight’ and ‘how can I get to Amsterdam’.

Automatic number plate recognition cameras picked up the trio’s vehicle entering King George Dock in Hull at 10.41pm but returning from the area within minutes. 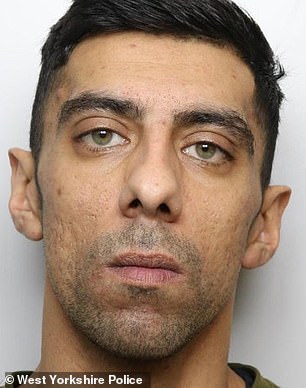 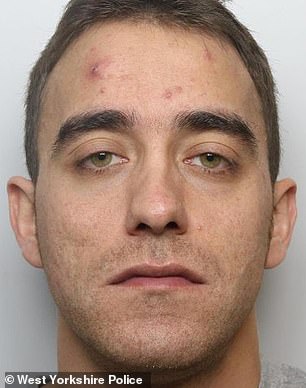 Ahmed, 57, attempted to help his sons, Omar Ishaq (left) and Kearon Barker (right), out of the country on a ferry just hours after they had stabbed a man to death in a dispute over drugs

They had arrived at the dock too late for the ferry, it was heard, and Ahmed dropped his sons off in the city before returning home alone.

Barker’s phone was used to make internet searches for accommodation near the ferry port and the pair were seen on CCTV entering a hotel.

The internet searches changed after the brothers realised that one of them did not have a passport, prompting one of them to search ‘is provisional licence id ok for ferry to Amsterdam’.

The brothers eventually abandoned the plan to flee the country and returned to Leeds by taxi in the early hours of the morning.

Ahmed was yesterday sentenced to two and half years behind bars after pleading guilty to two counts of assisting an offender.

Sentencing Ahmed, Judge Rodney Jameson QC said: ‘It is not suggested that you had any connection of any kind with the murder of Keith Harrower, which seems to have been something to do with drug dealing.

‘Your sons contacted you within about 35 minutes of the killing and within a couple of hours you had met up.’ 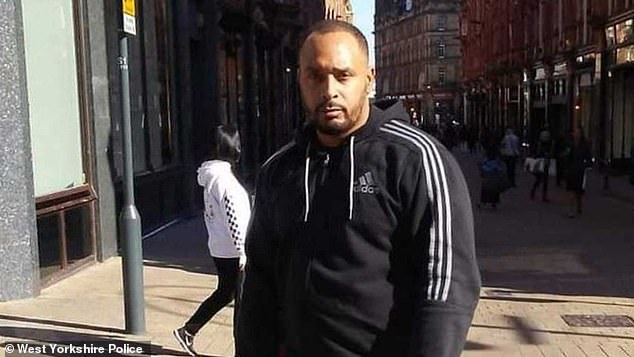 Judge Jameson told Ahmed he was sentencing him on the basis that his offending was carried out over a period of around five hours after the killing.

He added: ‘It was only five hours from end to end, essentially, but the other side of that particular coin is that your assistance did not need to be for long.

‘If your sons had managed to get on a ferry that night it would have achieved results.’

Speaking after the sentencing, Detective Chief Inspector Emma Winfield, of West Yorkshire Police, said: ‘Farooq Ishaq Ahmed was involved in determined efforts to help his sons flee the country and escape justice over the murder of Keith Harrower.

‘There can be absolutely no justification for his actions.

‘His sons are both serving life sentences for the murder, and we hope that his conviction and sentence will provide some further reassurance to Keith’s family and serve as a warning to others.’