A NEW YORK family had to spend a week desperately trying to find their grandma after she went missing while dying of coronavirus.

Maria Correa’s family, from Queens, were told that paramedics had found a pulse when they found her collapsed in her Woodhaven home. They then took her to Jamaica Hospital Medical Center in NYC. 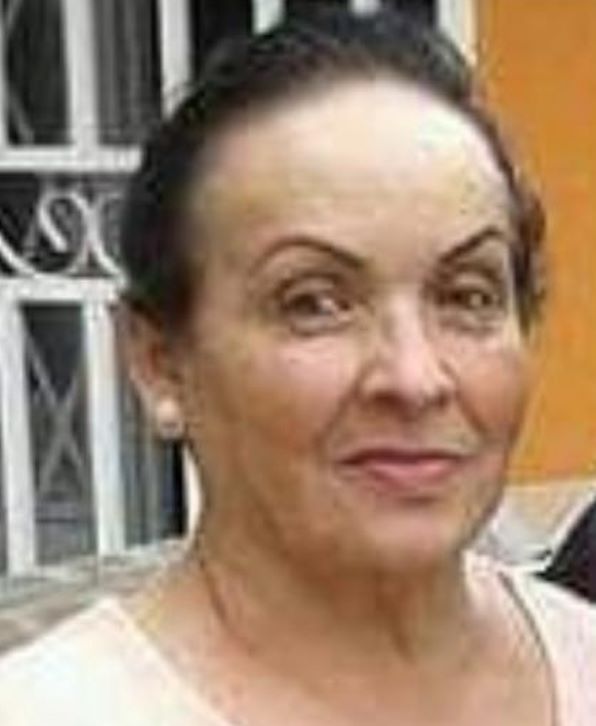 However, by the time she was heading there just after 3pm, March 30, the center, along with most NYC hospitals, was already overwhelmed by the coronavirus outbreak with an endless flow of patients and bodies packing their wards.

When Maria's granddaughter, Janeth Solis, called the hospital to check on her the next day she was told she was not registered.

The family then spent a week calling everywhere that could have had her, but Ms. Correa, 73, was nowhere to be found.

Queens has been the hardest-hit borough in the city with tens of thousands of cases alongside the second hardest hit, Brooklyn, according to the New York Times.

Janeth, 49, lost her mom, Amparo Holguin, who is also diabetic, March 24 after she was given antibiotics for gastroenteritis at an urgent care facility in spite of being vulnerable to coronavirus and displaying symptoms.

Her body lay in the living room until 11pm that night, Ms. Solis said. 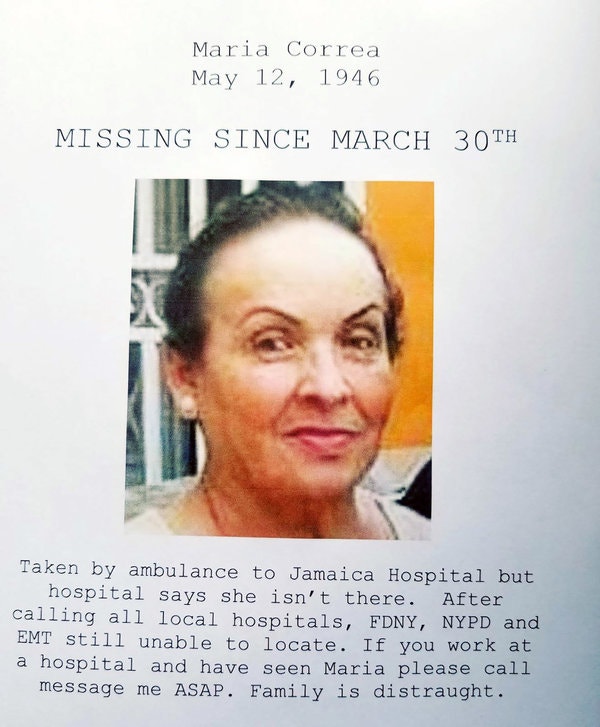 Over the next few day's the 5 family members living in the house started getting sick and started to self isolate, keeping them housebound.

Ms. Correa was also diabetic and a cancer survivor developed a cough March 30 and her condition rapidly deteriorated.

To identify her, her son Julian Escobar gave paramedics his own name and a medicine bottle with his mother’s name on it before they took her away.

After finding out that her grandmother was not at the hospital the next day Ms. Solis led a frantic search for her grandma while in isolation in her bedroom in the Bronx.
The hospital told her that it could not find a patient with Ms. Correa’s name or birth date: May 12, 1946, according to the NYT. 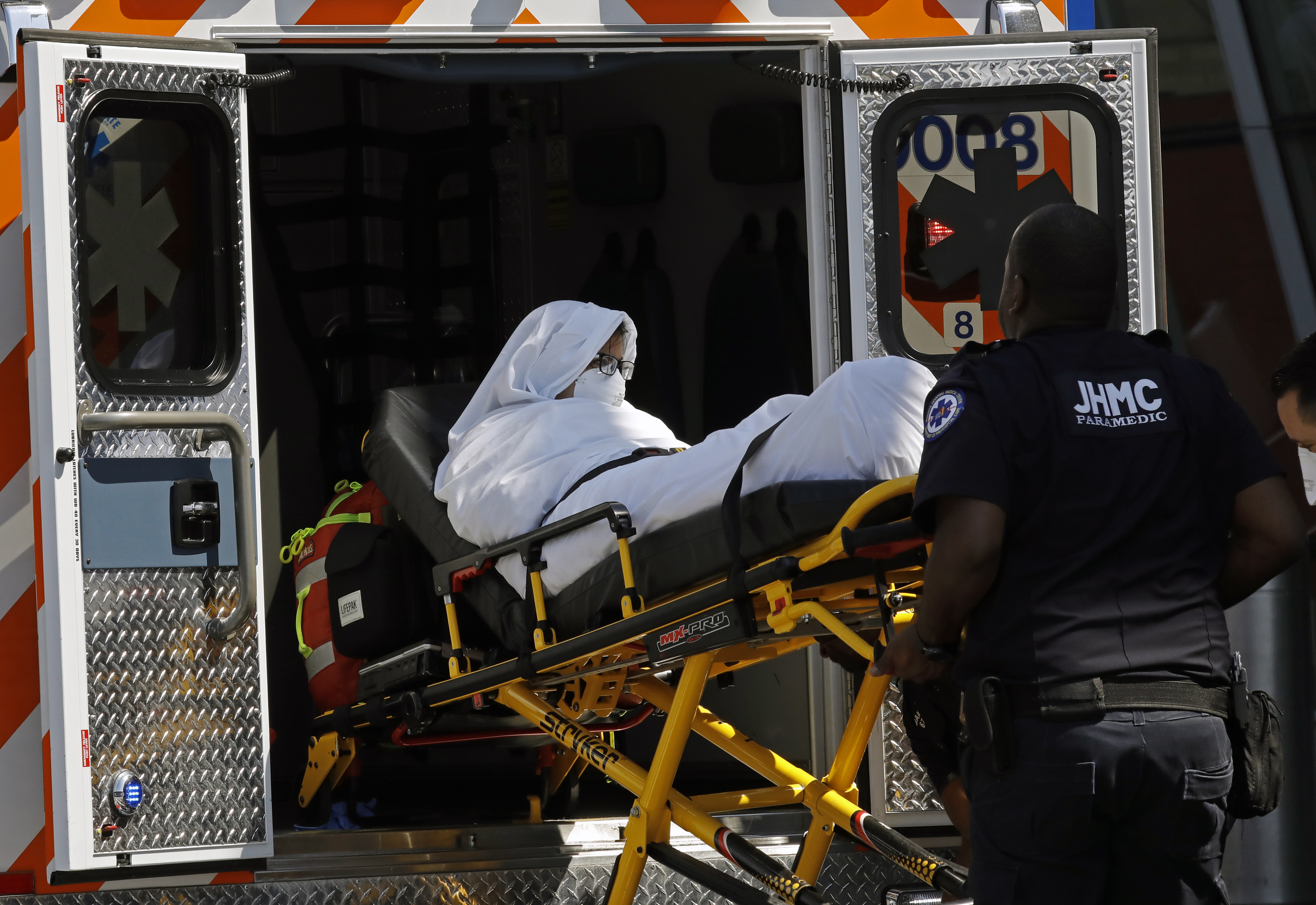 Ms. Solis said the ambulance confirmed they had dropped Ms Correa off and had not been diverted.

They made a missing persons flyer with her picture and posted it on social media.

The family assumed Ms. Correa, a mother of four and grandmother of 10 was dead, but they needed a body.

Ms. Solis said: “We want to just lay her down to rest and just grieve."

It took a week before Mr Escobar got a call from the hospital to tell him that an unidentified woman who had died on March 30 was in the hospital morgue.

Paramedics had mistakenly mis-labeled her body and put his name on his mother's tags.

Mr. Escobar, still sick and weak himself and wearing a mask, drove to the hospital at 10am on Tuesday and confirmed it was her.

Ms. Solis, who works in hospital administration at NewYork-Presbyterian Hospital in Manhattan, said she believed everyone was trying to do their best in a broken, overwhelmed system.

She said: “I think with the madness, the paramedics were just rushing through it.

“It’s like in so many things, this Covid-19 has just made this world so crazy.”

Ms. Correa’s body will be cremated and the ashes sent to her siblings in Colombia. 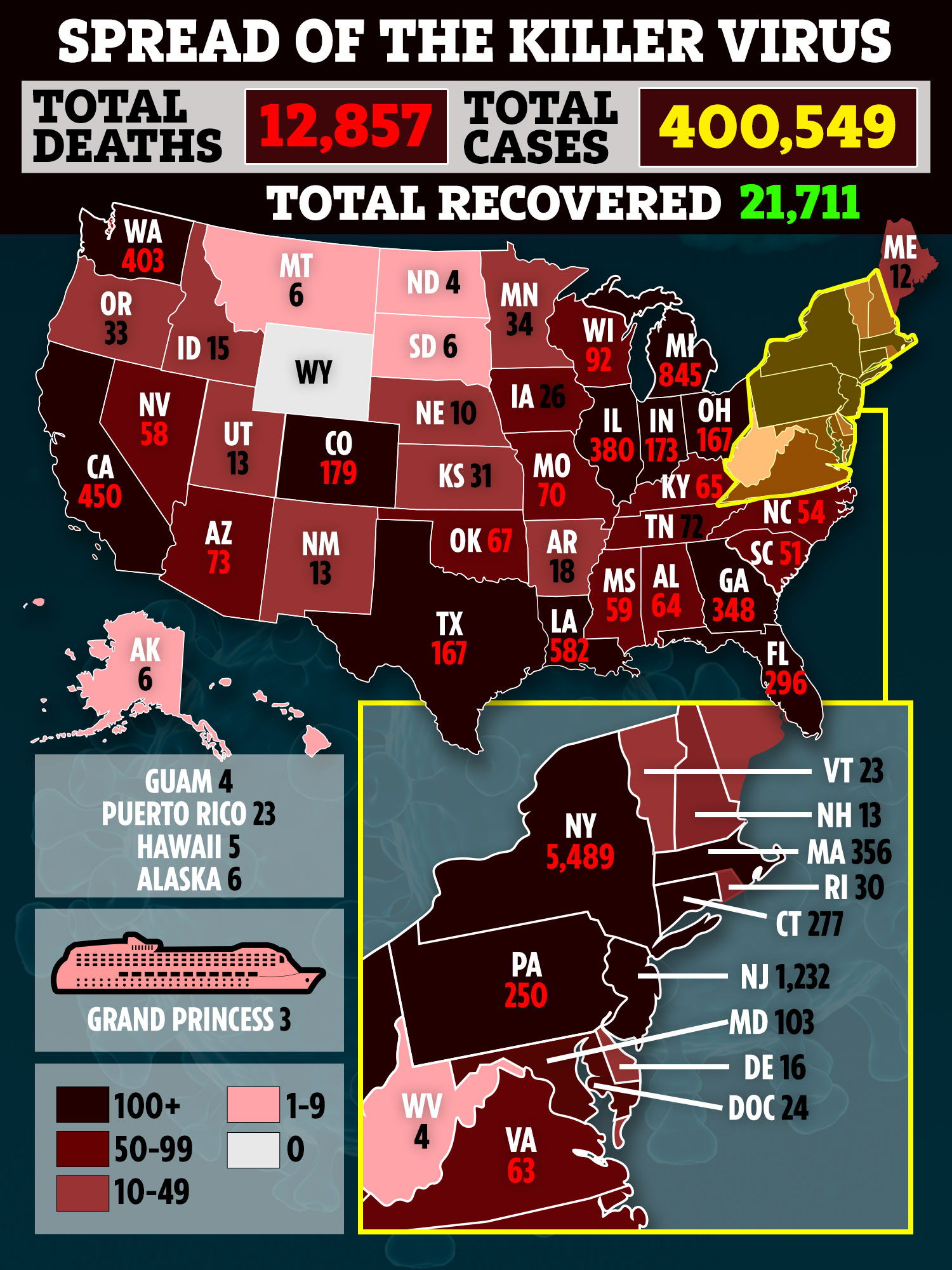