THE family of a man crushed to death at a cement factory have accused his bosses of a cover-up insisting they “drove him straight to a crematorium.”

Identified only as Wang in local media, the man died from blunt trauma after his chest was crushed while working on Dec 31 in Liyang, China. 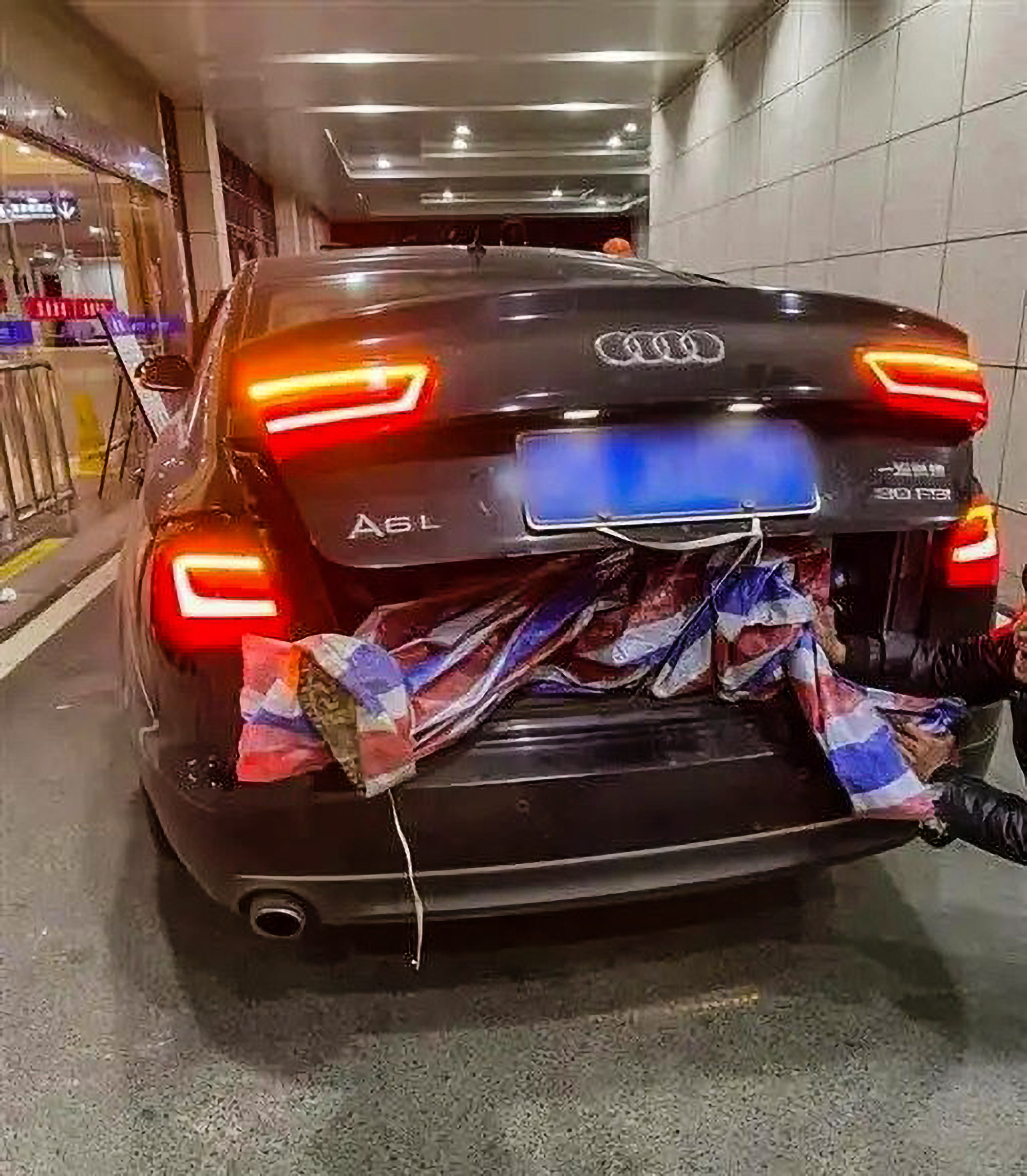 However, despite the autopsy results, his family have not been told how the accident happened.

His relatives claim staff at the company stuffed him in the boot of an Audi and drove him to a crematorium without taking him to the hospital.

Wang's daughter, who has not been named, said she rang her father's colleagues when he failed to come home from his afternoon shift.

She said his workmates insisted he had not clocked out for the day before she later managed to get hold of his manager who claimed her dad had been taken to hospital.

Yet, the Puyang People's Hospital told her they had no record of treating her father.

Around an hour later, her dad's manager turned up and told her that he was in the boot of his car.

She said: "I saw his body in the trunk of the car and his feet were already hard from rigour mortis and wrapped in a coloured cloth.

“By that time he had been dead for 10 hours. Why didn't they tell his family sooner? I want to know what they are hiding? "

Despite demanding that her father's body be taken home – the daughter claims she, her mother and her sister were put into a car and driven directly to a funeral home.

The family claim the cement factory has not apologised and that much later police issued a report saying that Wang had been hospitalised first – despite there being no record of his treatment.

His loved ones say that it's highly unlikely that a hospital patient would be taken out of his hospital bed and stuffed into the trunk of the Audi.

They also want to know how the autopsy could have been carried out given that the body had been cremated.