Seven activists from the controversial group used tools to break the glass and pasted the message "In Case of Climate Emergency Break Glass" on the front of the building. 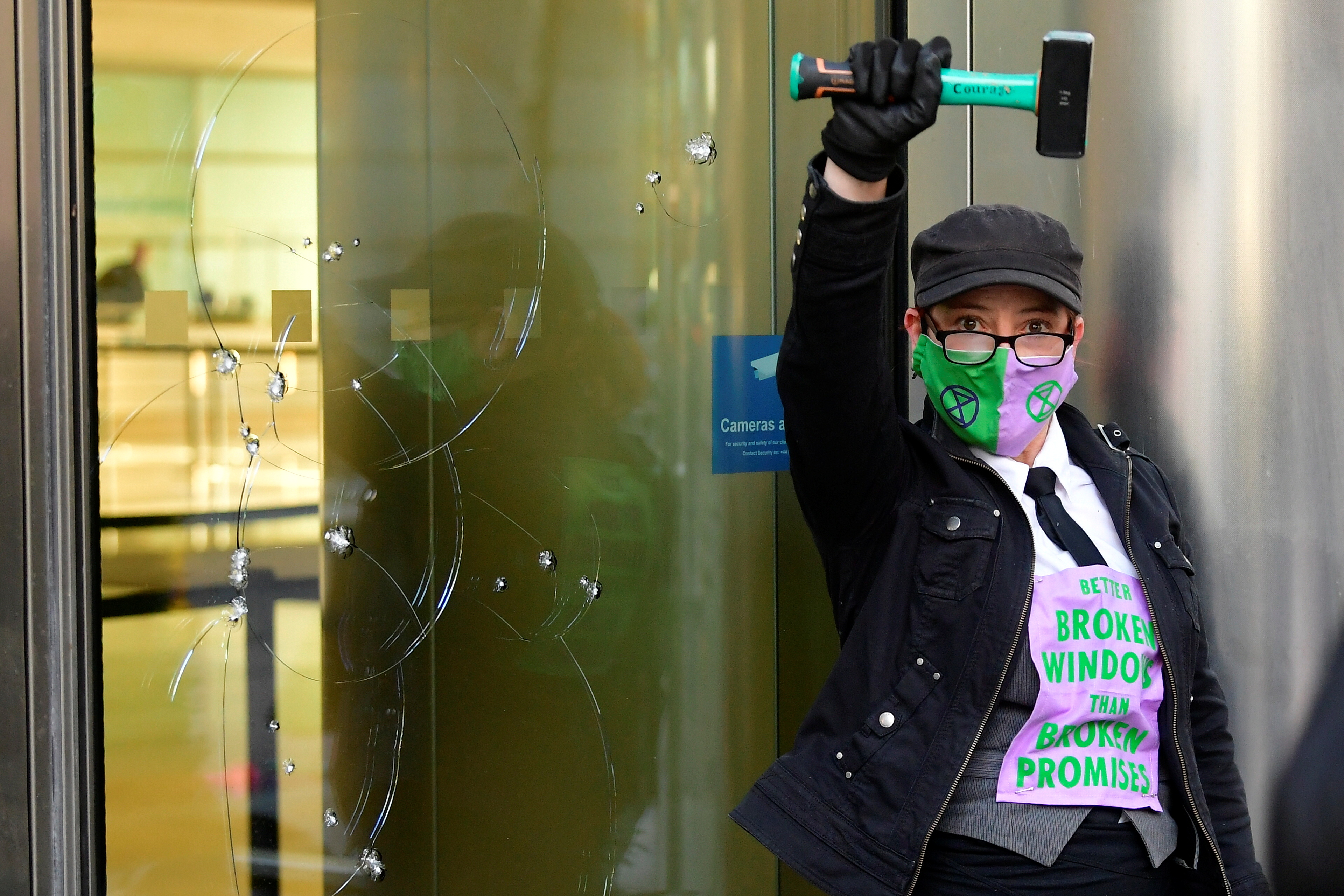 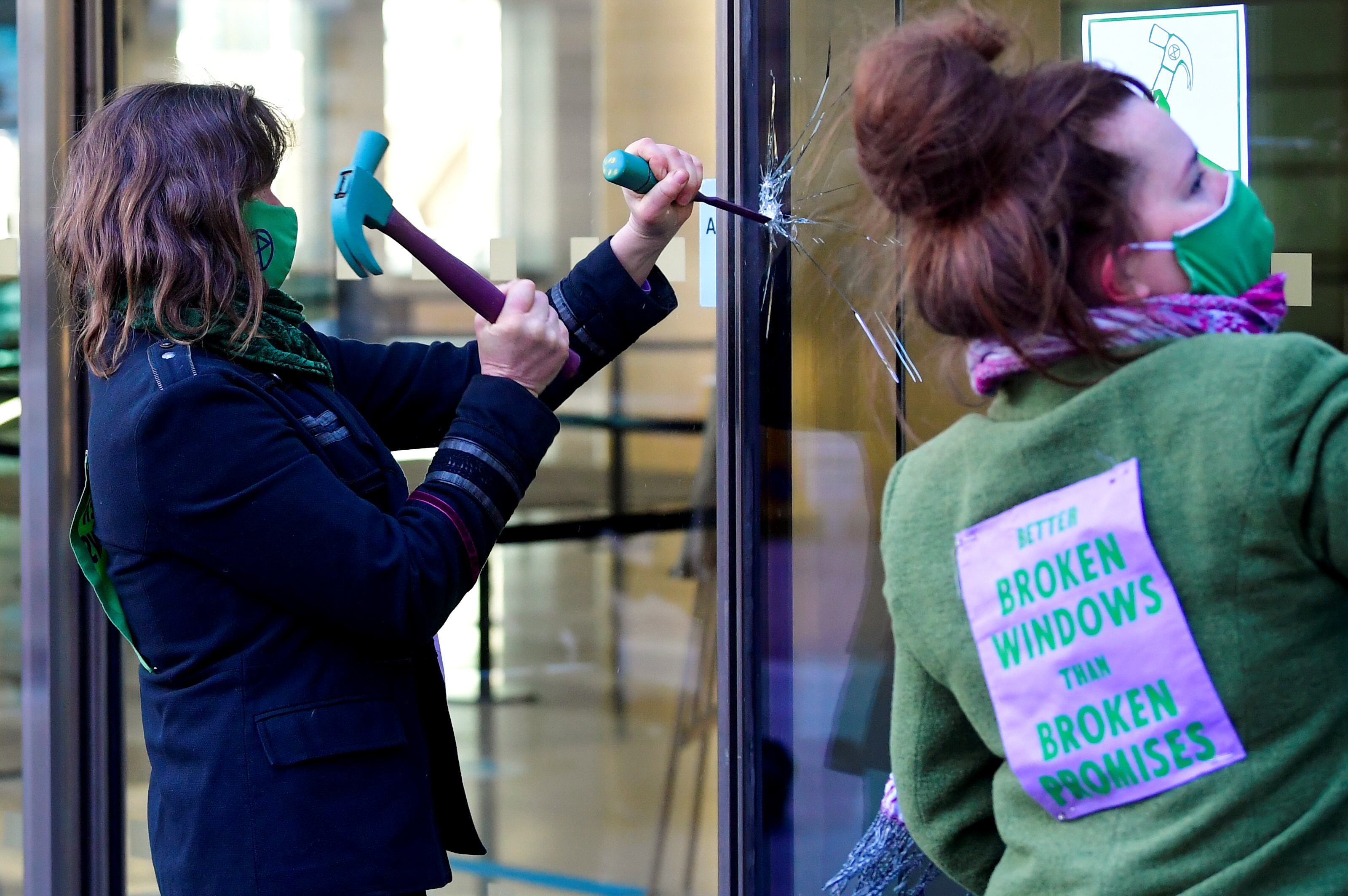 They say their latest protest is aimed at highlighting the role of the financial sector in fuelling what they call the climate catastrophe.

Extinction Rebellion said the action was part of its so called “Money Rebellion” against the capitalist system.

They say it uses "nonviolent direct action, causing damage to property to prevent and draw attention to greater damage".

The group added: "It is the latest action in protest at the bank’s continued investments in activities that are directly contributing to the climate and ecological emergency."

The group’s move against Barclays in the Canary Wharf business district came after fellow activists last week splashed black dye on the facade of the Bank of England in the historical financial centre, the City of London.

Extinction Rebellion wants to trigger a wider revolt against the political, economic and social structures of the modern world to avert the worst scenarios of devastation outlined by scientists studying climate change.

Campaigner Sophie Cowne, 30, from London, said: "You may dislike our action today but I ask you to compare a crack in a window to funding wildfires and flooded homes.

"We took action today because someone needs to raise the alarm, because broken windows are better than broken futures."

One of the pink hammers the activists used bore the slogan: “Care – act with love.” 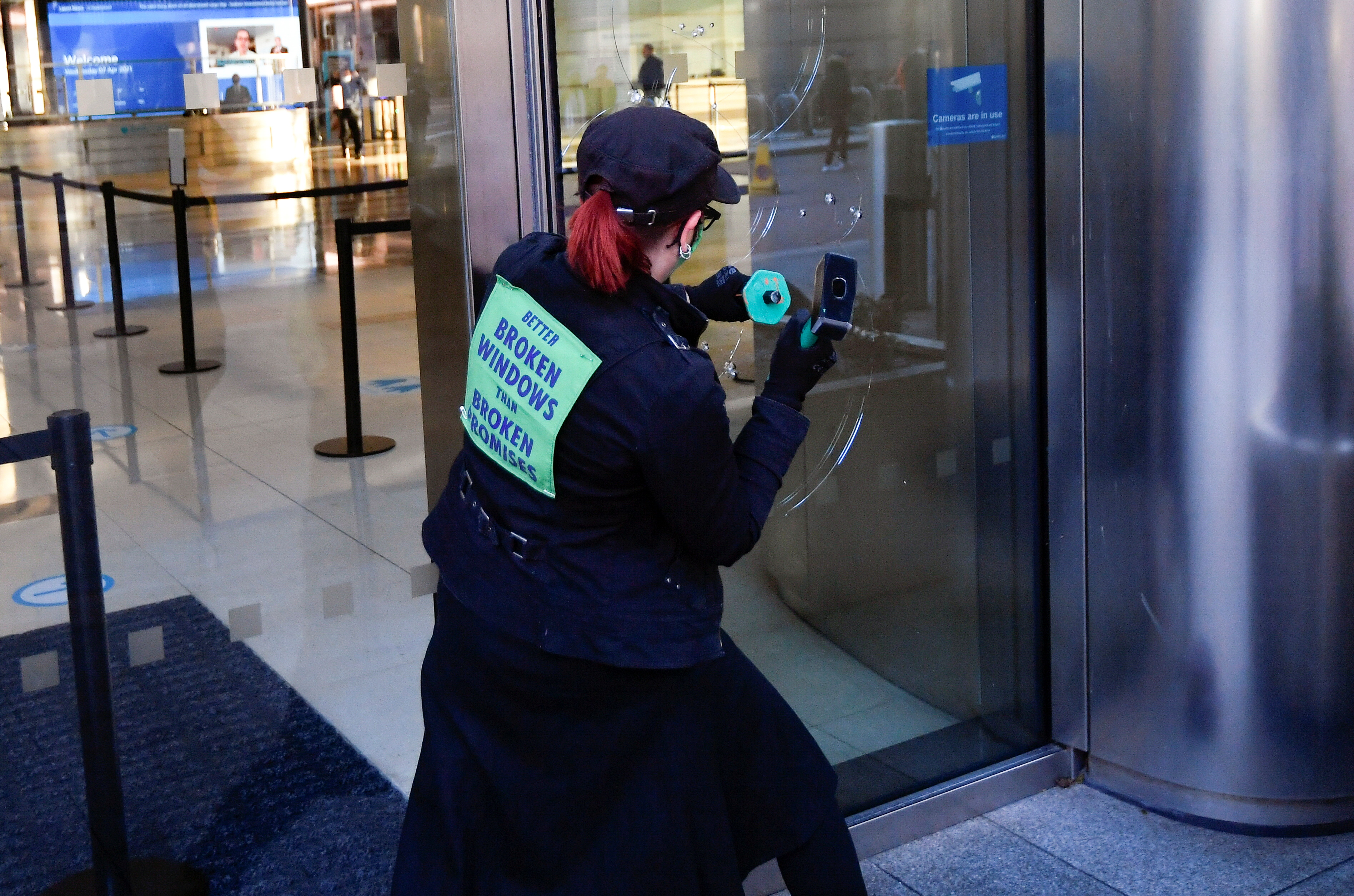 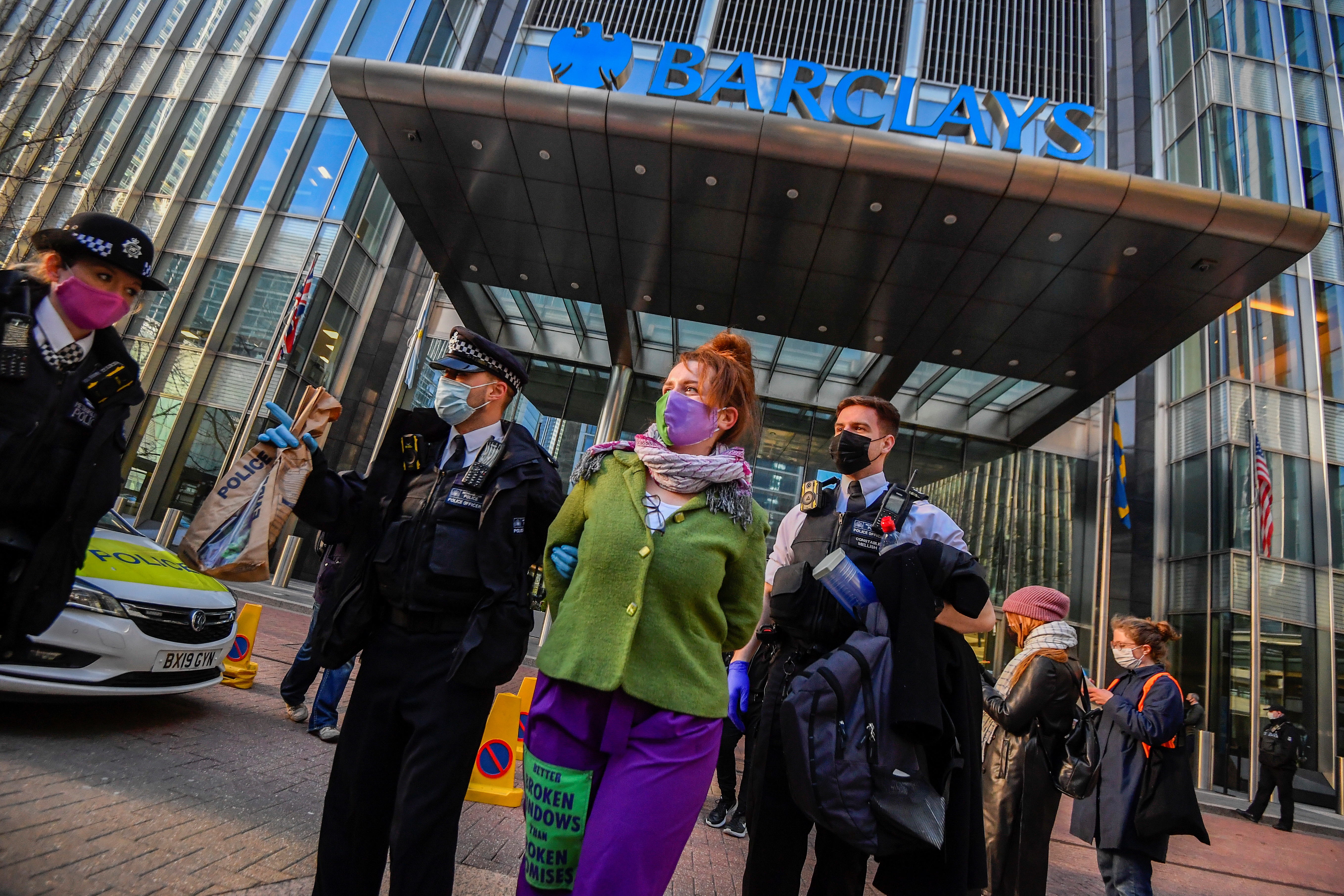