The schools minister yesterday defended this year’s record drop in grades, claiming even pupils want it.

Will Quince said restoring grading to pre-pandemic levels is needed to ensure ‘robustness and rigour’ in the system.

He said ‘businesses, employers, universities, and young people themselves’ have all told him this is what they want. 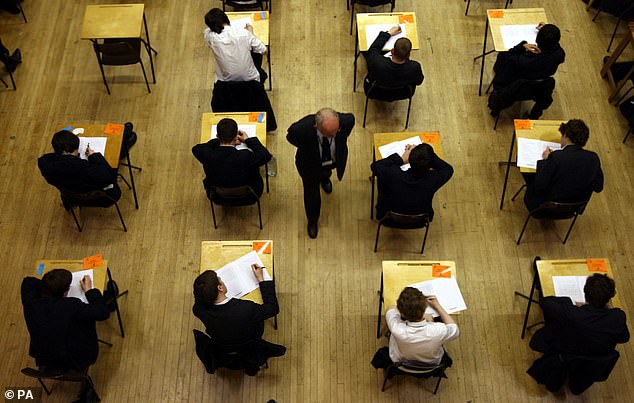 In 2020, nearly double the number of A to A* grades were attained by pupils (stock image)

And he stressed that while it was right to allow ‘exceptional measures’ on grading during Covid that cannot continue. Since 2010, the Tories capped the proportion of A and A* grades at about 25 per cent. However, during the pandemic exams were scrapped for two years and teachers awarded grades instead. 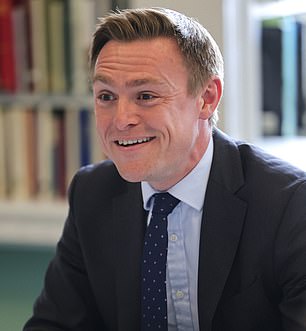 This year, exams were sat once again and the proportion of top grades is expected to be 10 percentage points lower. It will still be 10 points higher than in 2019, with the return to normal spread over two years. Mr Quince said: ‘We had extraordinary times over the past couple of years. But we know from teachers that they found [it] stressful and time consuming, and they want us to return to the robustness and rigour of examinations.’

He added that exams ‘are the best and fairest way of gauging a student’s ability’. ‘The clear message coming out of universities and employers is they need qualifications to maintain their value [and] they need them to give an accurate reflection of the ability and education attainment of young people.’

Despite the drop in grades, Mr Quince said 80 per cent of those holding an offer of a place are expected to have it confirmed.