An ex-lover of former Spanish king Juan Carlos told a court yesterday how her life was threatened in a London hotel by a spymaster on the monarch’s orders.

Corinna Larsen claimed General Felix Sanz Roldan, the former head of Spain’s CNI intelligence services, made threats against her and her children as he tried to recover financial documents from her.

In explosive testimony, she also claimed a book about the death of Princess Diana mysteriously appeared in one of her homes. Afterwards she says she received an anonymous phone call in which the caller referenced ‘many tunnels’.

Miss Larsen saw this as a threat linked to Diana’s fatal crash in a Paris tunnel. 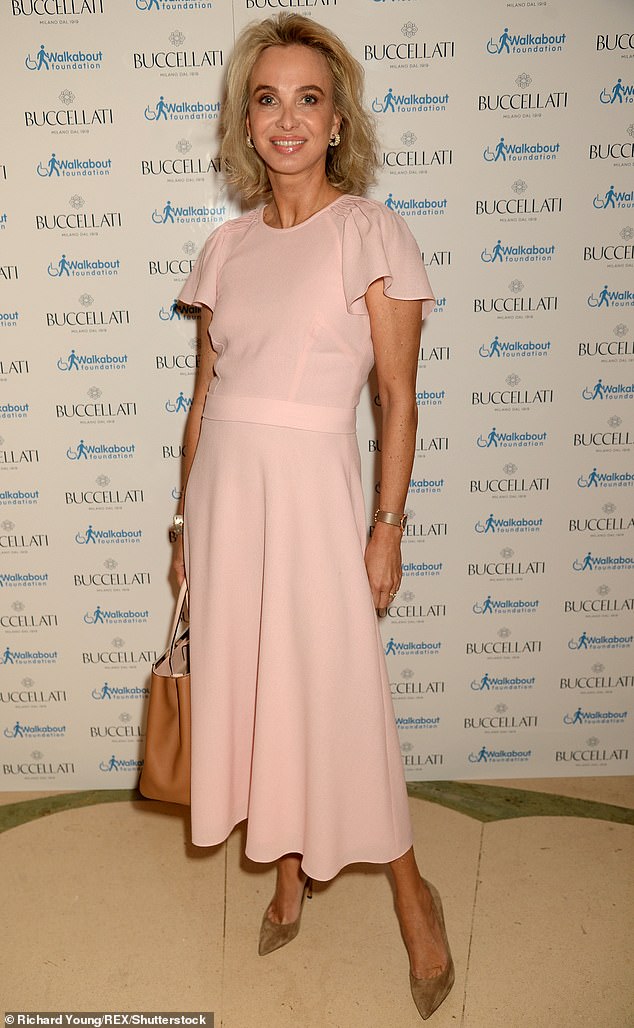 Corinna Larsen (pictured) claimed General Felix Sanz Roldan, the former head of Spain’s CNI intelligence services, made threats against her and her children as he tried to recover financial documents from her

She was giving evidence at the trial of former police chief Jose Manuel Villarejo, who faces charges of making a false allegation and slander for saying General Sanz Roldan had threatened to kill Miss Larsen. During her affair with the king, which ended in 2012, two years before his abdication, Miss Larsen, 56, said she had received sensitive documents about the ‘financial and business dealings’ of the king and the royal household, which the security services wanted.

Speaking to a court in Madrid by video call from London yesterday, she claimed she was directly threatened in May 2012 by General Sanz Roldan at a meeting at London’s Connaught Hotel.

Miss Larsen, a German-born businesswoman, said: ‘The general was saying various conditions and instructions, recommendations that I should follow. And he said unless I followed them, he could not guarantee my physical safety or the physical safety of my children.’ 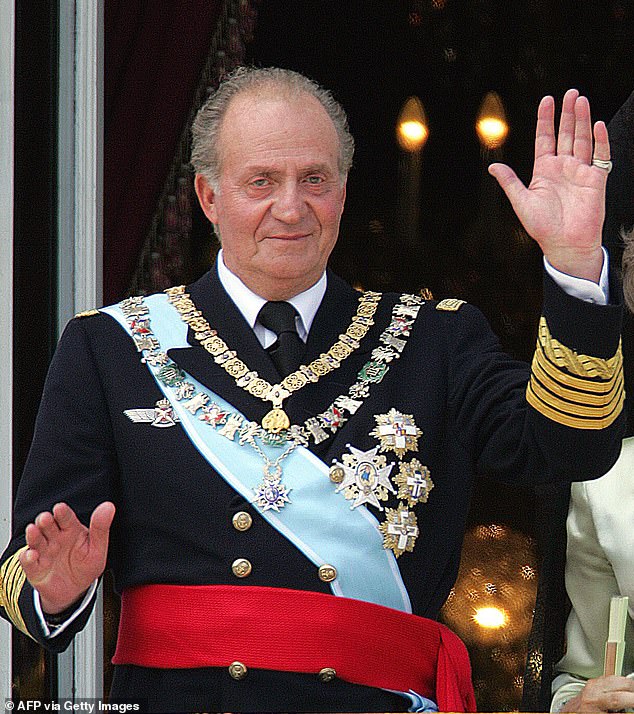 Former Spanish king Juan Carlos pictured on the balcony of the Oriental Palace in Madrid, 2004

Miss Larsen said his words ‘terrified me’ and claimed the meeting had been ‘organised at the express wish’ of the king himself.

Later that day, she flew to Switzerland and on entering the family apartment in the Alps, found a book about Diana’s 1997 death in a high-speed car crash in a Paris tunnel. Several hours later, during the night, she claimed she received an anonymous call saying: ‘There are many tunnels between Monaco and Nice.’

Larsen, who has been a resident of Monaco since 2008, told the court: ‘This hit home the reality of the threats and the danger I found myself in.’

General Sanz Roldan has dismissed the accusations that he threatened Miss Larsen. Juan Carlos has previously declined to comment on the various allegations of wrongdoing against him. The case continues.