‘Go back into your little cage until the monkey controller gets here’: Retired LAPD detective calls young black motorist a ‘dumb n*****’ in racist flare up after minor car accident

A retired Los Angeles police detective was caught on camera hurling racial slurs at a young black man after a minor car accident in California.

Video of the altercation in Santa Clarita went viral this week after it was posted on Twitter by @WhatUpSCV.

It shows a man, identified by authorities as former LAPD homicide detective John Motto, berating a young black man, at one point telling him: ‘Go back into your little cage until the monkey controller gets here.’

Outrage over the video prompted the LAPD to open a review of 370 cases Motto worked on before his retirement last spring, department officials announced Tuesday. 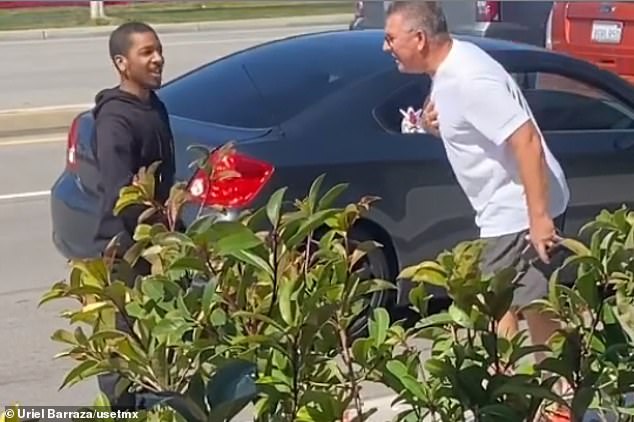 Shocking video shows a man identified by authorities as John Motto, a retired LAPD homicide detective, berating a young black man on the side of a road in Santa Clarita, California, last weekend

The video opens with the young man, who has not been named, arguing with Motto and a woman on the sidewalk next to two cars that were apparently involved in an accident moments earlier.

‘Are you serious?’ the young black man responds as he confronts the woman and someone behind the camera says: ‘Walk away, just walk away.’

Motto then waves the other man away and tells him: ‘Go back to your cage.’

The man turns back to the bystanders and asks if they heard Motto call him the n-word.

The man walks to the driver’s side of one of the cars as Motto demands his ID again and threatens to call the sheriff.

‘Get the f**king sheriff here! It’s your goddamn fault anyway,’ the young man exclaims before the video cuts off. 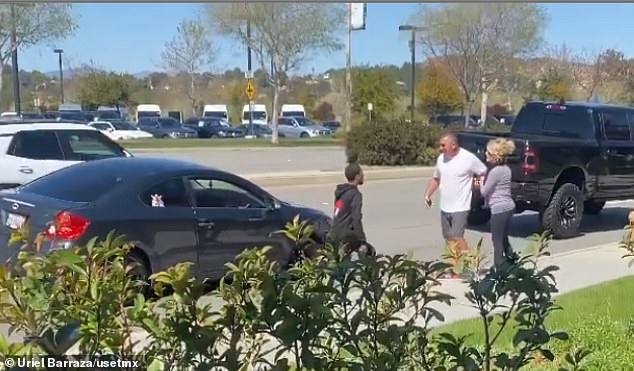 The video opens with the young man, who has not been named, arguing with Motto and a woman on the sidewalk next to two cars that were apparently involved in an accident moments earlier 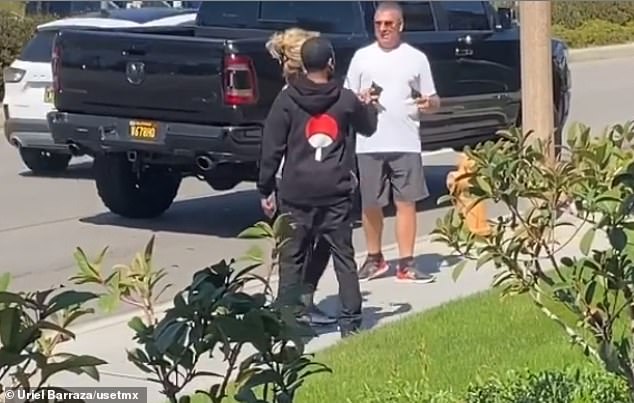 At one point Motto says: ‘Go back into your little cage until the monkey controller gets here’ 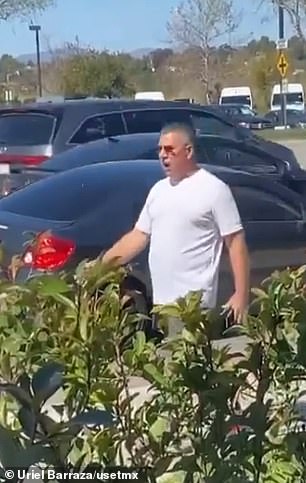 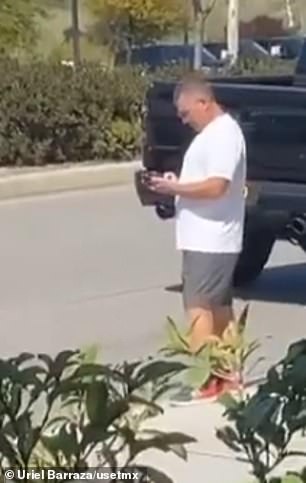 Motto repeatedly uses the n-word and claims that the young man said it first. At the end of the video he declares that he’s calling the sheriff

LAPD Officer Drake Madison, a spokesman for the department’s Media Relations Division, confirmed to LA Taco that Motto retired in May 2020 as a detective assigned to Operations Central Bureau Homicide.

‘As a former employee, he is no longer subject to disciplinary action by the department,’ Madison said. ‘The LAPD has no disciplinary authority over his conduct.’

The LAPD released a statement on Tuesday afternoon and said that it had launched an internal investigation into the matter.

‘To ensure there is no current Department nexus to this incident, there has been an internal investigation started,’ the statement read.

‘What is seen in the video is not reflective of the thousands of hard working and dedicated men and women of the Los Angeles Police Department.’ 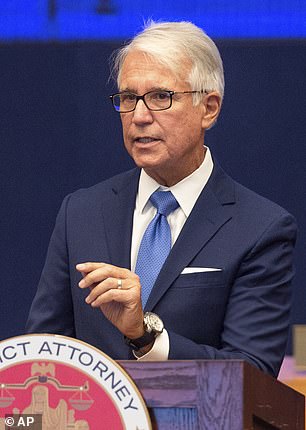 The department also said that Los Angeles County District Attorney George Gascon’s office would be reviewing hundreds of cases that Motto worked on during his 33 years with the department.

He said his office has identified several cases where Motto served as a witness.

‘We are in the process of notifying defense attorneys in such cases,’ Gascon said.

The video was recorded by Uriel Barraza, who shared his side of the story with LA Taco.

He said he was on his lunch break last Saturday when he saw both Motto and the man pull over to the side of Valencia Boulevard after an apparent traffic accident.

‘[Motto] pulled up next to him, screamed at him then pulled up forward, parked in front of him, got out of the [truck] and just started going off on him,’ Barraza said.

He said he wasn’t sure if Motto’s truck was involved in the accident or if he had just witnessed it, adding: ‘I didn’t see anything on the truck.’

The Sheriff’s department told LA Taco: ‘Today, we became aware of the social media post and the racist language which was used following the collision.

‘We have taken a report documenting the incident. This is an ongoing investigation and we cannot provide further details at this time.’