EU regulators have launched two antitrust investigations into the tech giant Apple amid concerns over its app store and payment system.

Apple has slammed the investigations as ‘disappointing’ and criticised complaining companies who ‘simply want a free ride’.

The investigations signal a new front in the EU’s battle against the dominance of big tech companies.

The EU’s executive Commission said it launched the investigations over concerns that Apple’s way of doing business hurts consumers by limiting choice and innovation and keeping prices high. 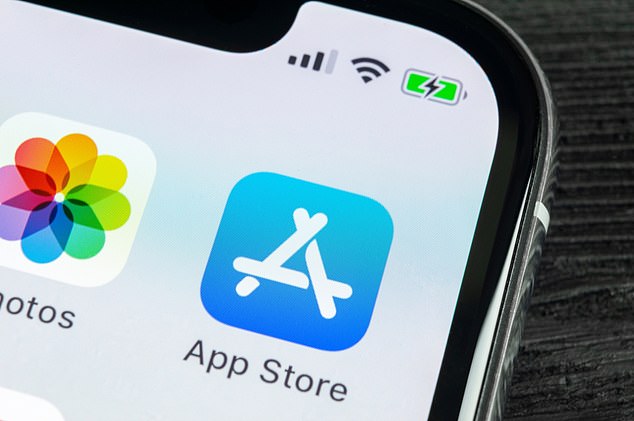 The first investigation is looking into Apple Pay over allegations that the company in some cases refuses payment system access, and amid concerns that it limits access to the ‘tap and go’ function on iPhones.

A second investigation has been opened into the mobile App Store over concerns Apple forces developers to use the company’s own in-app purchasing system.

Doing so charges them a 30 per cent commission and restricts them from letting iPhone and iPad users aware of other ways to pay for digital services like music subscriptions.

The investigation follows complaints from music streaming service Spotify and an e-book distributor on the impact of the App Store’s rules on competition.

EU Executive Vice President Margrethe Vestager, who is the competition commissioner, said ‘it appears that Apple obtained a “gatekeeper” role when it comes to the distribution of apps and content to users of Apple’s popular devices.’

She also said that Apple appeared to have set conditions on how Apple Pay should be used in merchants’ apps and websites.

‘It is important that Apple’s measures do not deny consumers the benefits of new payment technologies,’ she added.

Vestager noted that the coronavirus crisis has accelerated the growth in mobile payments as more people make online payments or ‘contactless’ payments in store.

Apple responded to news of the investigations by saying: ‘It’s disappointing the European Commission is advancing baseless complaints from a handful of companies who simply want a free ride, and don’t want to play by the same rules as everyone else.

‘We don’t think that’s right – we want to maintain a level playing field where anyone with determination and a great idea can succeed.’

Vestager has earned a reputation as one of the world’s toughest technology regulators. 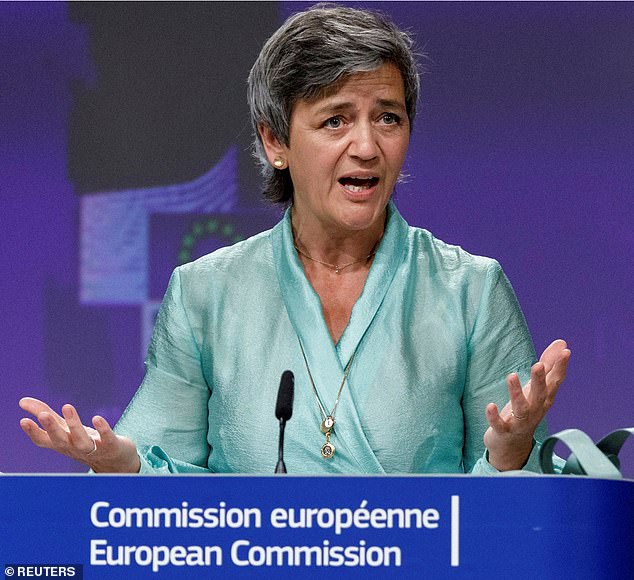 EU Executive Vice President Margrethe Vestager, who is the competition commissioner, said ‘it appears that Apple obtained a “gatekeeper” role when it comes to the distribution of apps and content to users of Apple’s popular devices.’

Four years ago she ordered Apple to pay €13 billion in back taxes linked to a deal with the Irish government – a ruling that the company is currently challenging.

She has also led antitrust investigations into other Silicon Valley giants including Google, which resulted in multibillion dollar fines.

Apple has been working to expand revenue in its services business to offset slowing growth from sales of iPhones and other hardware, but the EU investigation suggests Apple’s growing dominance has made it a fresh target for regulators.