In July, the death of U.S. Congressman and civil rights giant John Lewis prompted an outpouring of tributes from NBA players, coaches and teams.

In August, the league officially honored actor Chadwick Boseman with a pregame moment of silence alongside former player Clifford Robinson and college coach Lute Olson after a weekend that tragically claimed all of their lives.

On Saturday, the nation suffered another massive loss with the death of Supreme Court Justice Ruth Bader Ginsburg at 87 years old. She wasn’t just a leader on the nation’s highest court and its second-ever sitting female member, but a champion of women’s rights and a trailblazer for gender equality long before taking her seat.

The WNBA honored her passing with a statement and a tribute video prior to a playoff game on Sunday. Players and teams from around the NBA and other sports offered their tributes on social media.

But the NBA did not officially acknowledge her death as it did with others before hers. ESPN’s Rachel Nichols wants to know why.

She paid her own tribute to Ginsburg in a video essay released Monday.

“If you are an American woman who appreciates not having to ask your father or husband for permission to manage your own finances, property, health, you owe a gigantic debt to the Notorious RBG,” Nichols said. “Something the WNBA recognized with a lovely video tribute before its playoff game last night.”

She then took the NBA to task for declining to honor Ginsburg where it had applauded other champions of equal rights before her.

“So it was surprising then and disappointing, frankly, when the NBA chose not to do the same,” Nichols continued. “Despite that it was just last month the league held such meaningful moments of silence for not just politician and civil rights icon John Lewis, but actor Chadwick Boseman.

“If you are a league that holds equality as a core value, and I know for sure that this league does, the icons of that equality can’t just be those who helped the men that we all see on TV, but those who paved the way for the women who work right alongside them. After all, the NBA is significantly stronger because of all the women who work in and around it.” 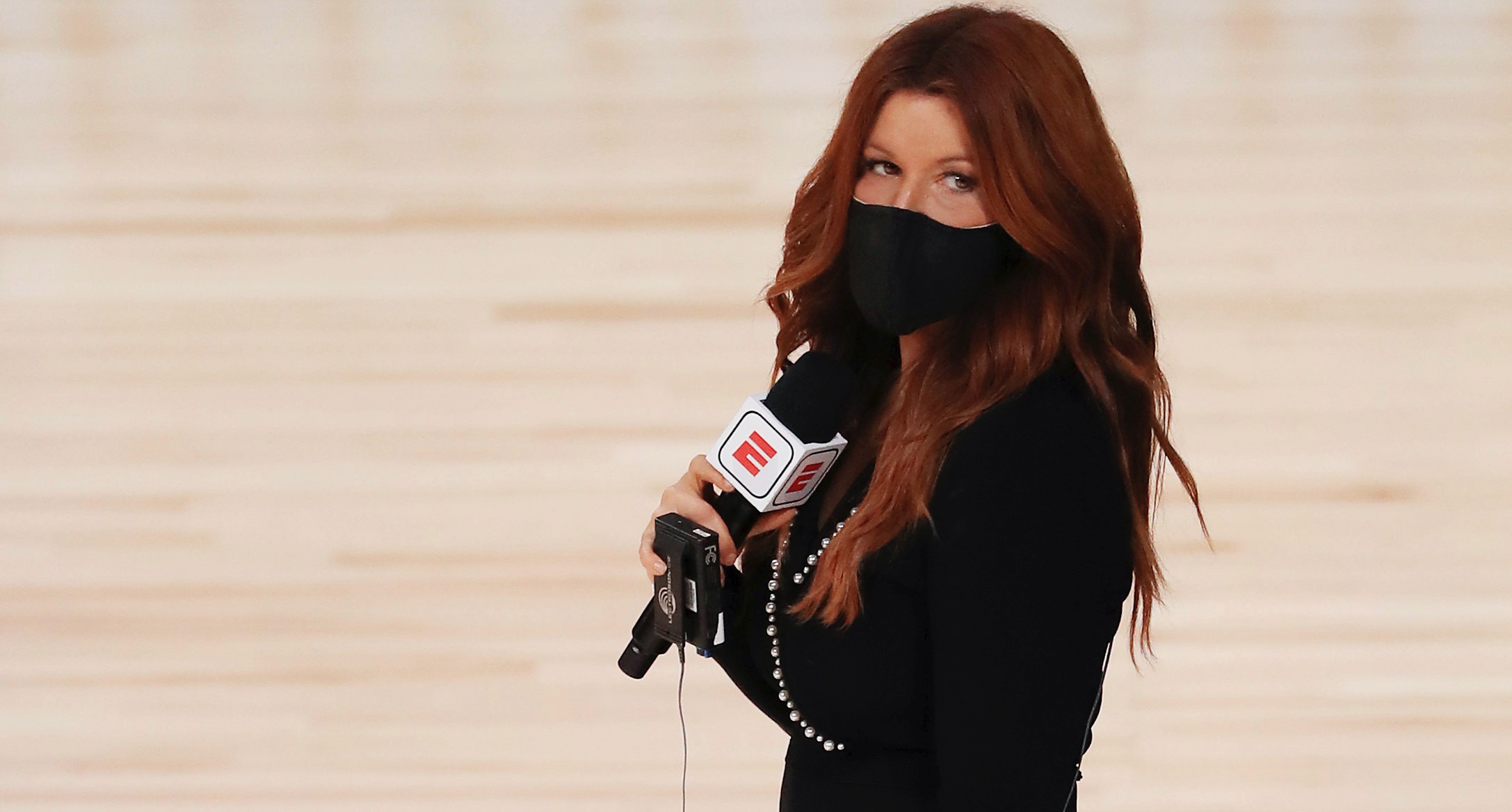 Women of the NBA

The NBA is surrounded by women who play critical roles in and around it, with Nichols as a trailblazer in her own right as one of the most respected journalists covering the league and the host of ESPN’s NBA studio show “The Jump.”

Her ESPN colleague Doris Burke as well as Turner Sports’ Kristen Ledlow and Allie LaForce are longtime staples of NBA coverage. ESPN’s Malika Andrews and Maria Taylor and Yahoo Sports’ own Seerat Sohi are among the rising stars covering the league.

Meanwhile, Becky Hammon has served as an assistant coach for the San Antonio Spurs for six years and is the most likely candidate to land the first NBA coaching job as a woman. Michele Roberts is one of the most powerful women in sports as the executive director of the National Basketball Players Association.

Nichols closed her essay by thanking Ginsburg for laying the groundwork that opened opportunities for all those women and more.

“We are all significantly stronger because a young lawyer dedicated her life to allowing us to have those opportunities. So thank you, Ruth Bader Ginsburg.”