Nine teenage boys and two young men have been charged with murder over the death of Melbourne teenager Solomone Taufeulungaki.

Two 13-year-old boys were among the 11 people charged on Thursday, more than four months after Mr Taufeulungaki was fatally stabbed outside Brimbank Shopping Centre in Melbourne's western suburbs. 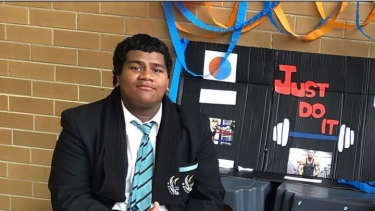 The 15-year-old was allegedly set upon in the shopping centre car park, across the road from the Mormon church he attended, about 4pm on June 16. Emergency services were called but he died at the scene.

The 11 males charged over his death were previously charged with offences including violent disorder and affray in relation to the incident.

Those charges have now been upgraded to murder.

Police previously said they believed the Deer Park brawl had broken out between members of rival western suburbs groups, who called themselves the Brotherhood 97 gang and VB gang. 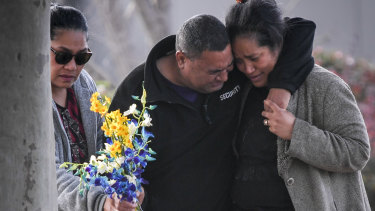 A 23-year-old man from Hoppers Crossing and 20-year-old Sunshine man, who are both held at a correctional facility, were also charged with murder.

The nine teens will appear at a children’s court on December 1, while the two adults will face Melbourne Magistrates Court on November 25.

In the days after his death Solomone was remembered by family and friends as "the brightest of lights".

In the wake of his death, Pacific Islander community leaders called for unity as hundreds of mourners gathered at the site of the stabbing.

At a blessing ceremony, members of the Pacific Islander community called for an end to violence among young people.