Eight people have been injured in a suspected terrorist stabbings in Sweden.

Police said a man in his 20s launched the knife attack just before 3pm on Wednesday in Vetlanda, a small town in the country’s south.

The attacker was shot in the leg by officers and has been taken to hospital.

Eight people were inured in the attack, some of them were said to be ‘seriously’ wounded.

The motive remains unclear but police said they were treating it as a ‘suspected terrorist crime.’ 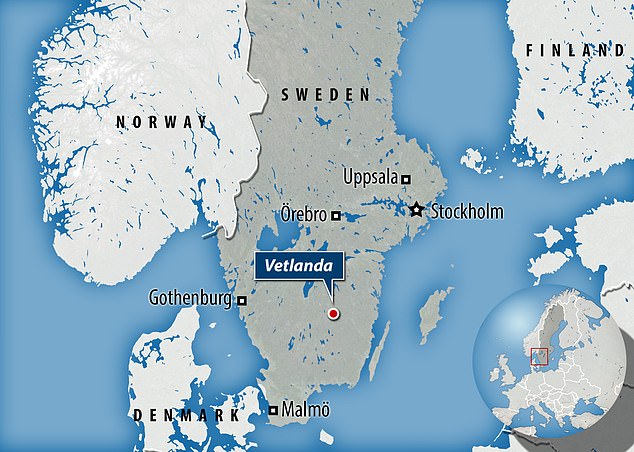 Minister of the Interior Mikael Damberg called the attack ‘terrible.’

The government minister said: ‘Several people are seriously injured. These are terrible events and my thoughts go to the victims and their relatives.

‘Right now it is unclear exactly what happened and what the motive was. The police have arrested a suspected perpetrator and have initiated a special incident to handle the development of the incident and create security in Vetlanda.’