AT Least three homes in Pennsylvania went up in flames today after a man was reported to have been firing a gun at the scene.

Police officers, including SWAT, responded to the incident in Eagleville in Montgomery county around 1pm. 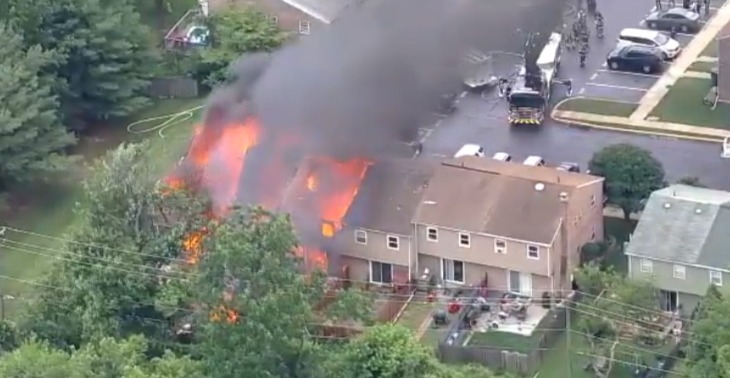 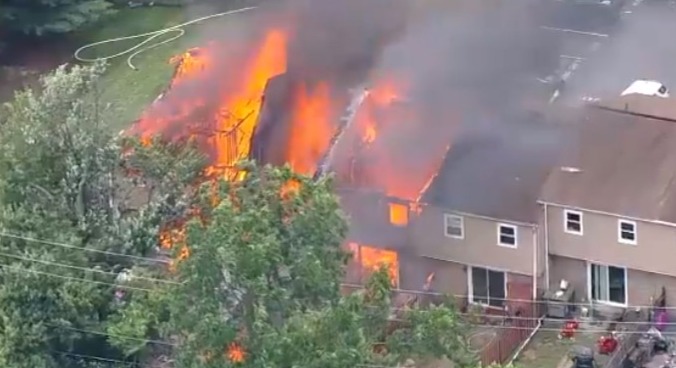 A shelter-in-place has been ordered in the surrounding area and a temporary flight restriction has been implemented by authorities.

Firefighters were seen pouring water on the flames causing thick white smoke to plume from the fire-ravaged buildings.

The incident was first reported just after midday at a row of homes near Sunderland drive.

The nature of the incident is still unclear with county officials urging the public to avoid the area.

Another report claims that a man was "nearby firing a gun".

SWAT police officers and tanks continue to survey the area.