THIS is the "chilling" moment a brave female cop confronts a knifeman who lunges towards her with an eight inch kitchen knife.

PC Hannah Jones was responding to a "noisy neighbour" call in Llanelli, South Wales, with colleague PC Justin Harrold when she was threatened with the blade. 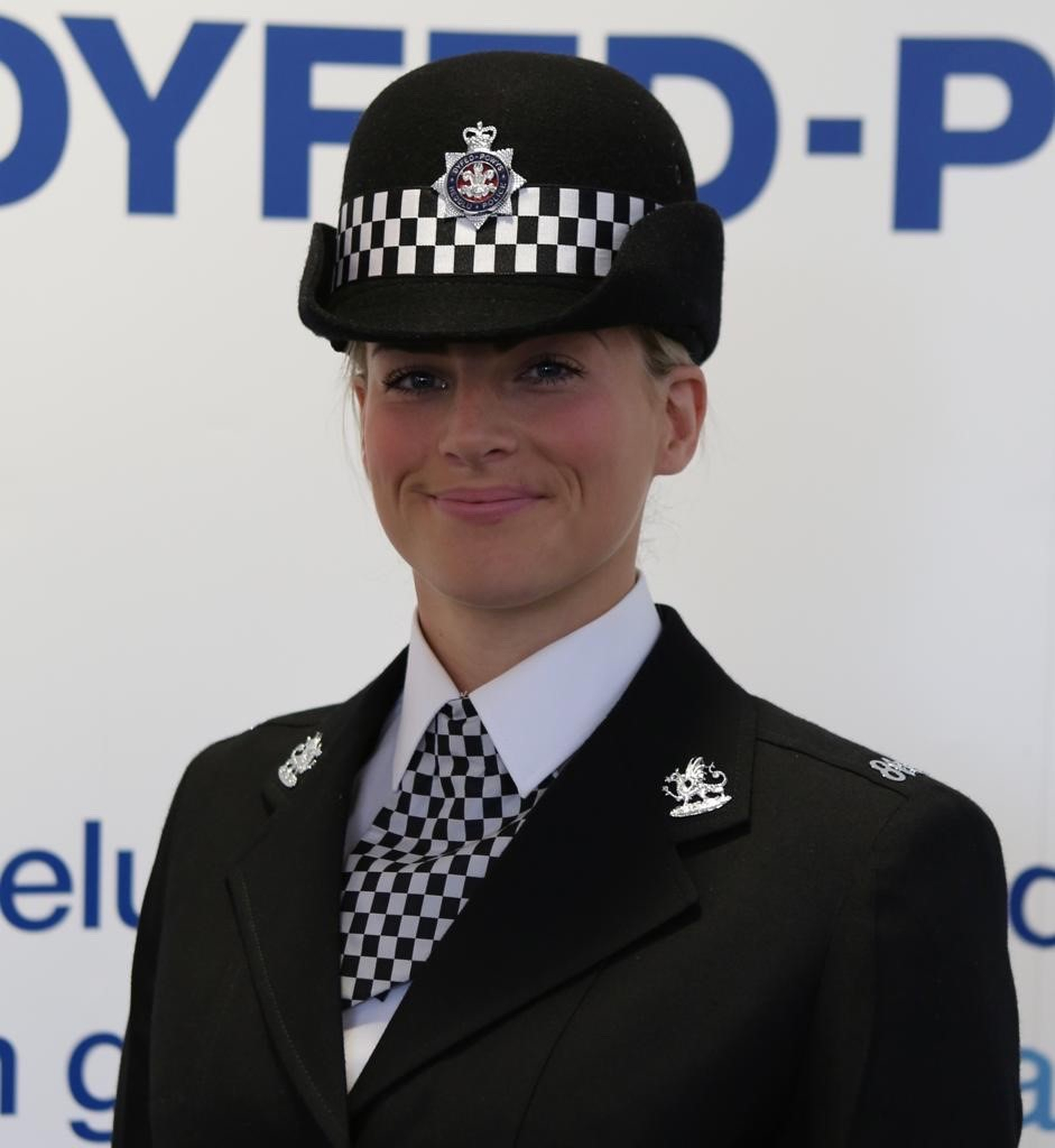 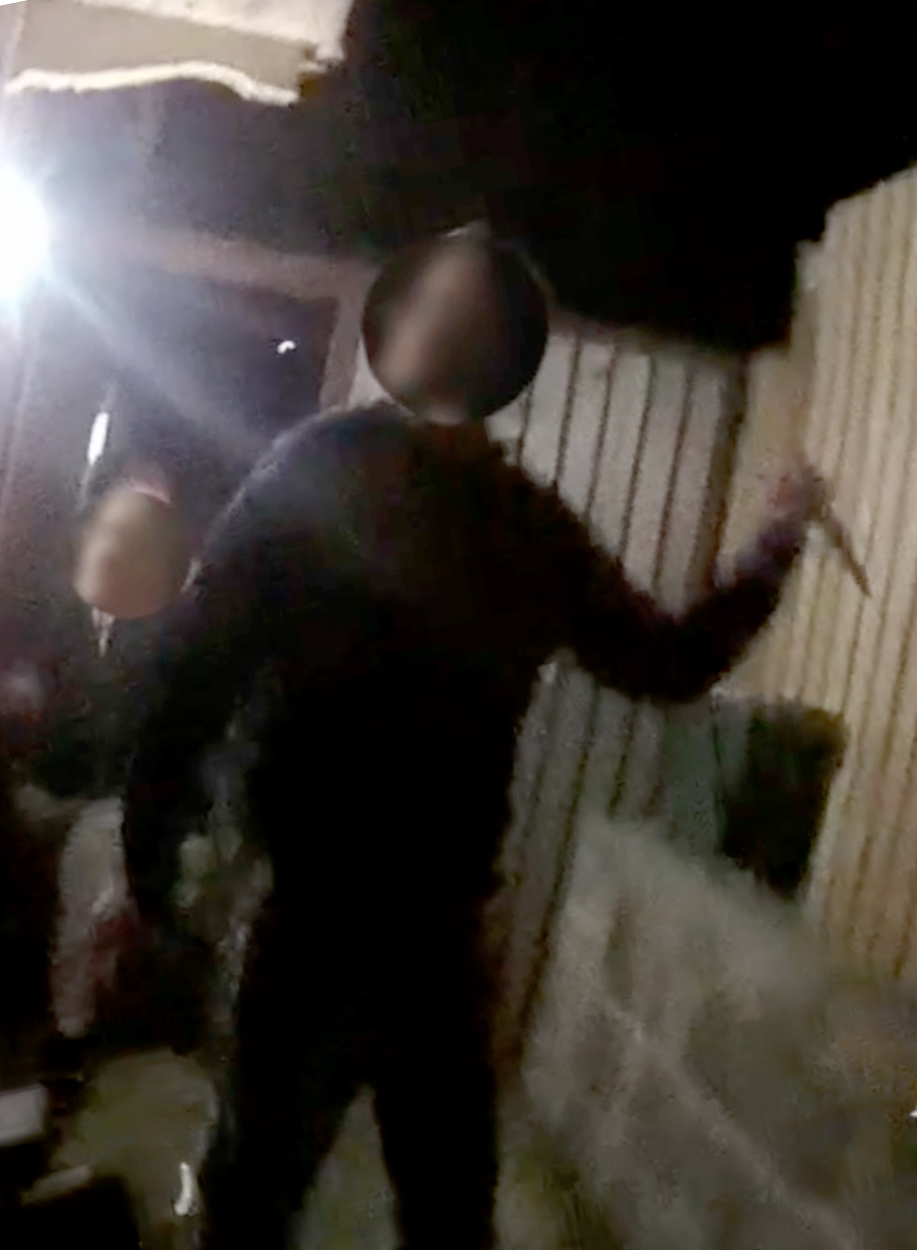 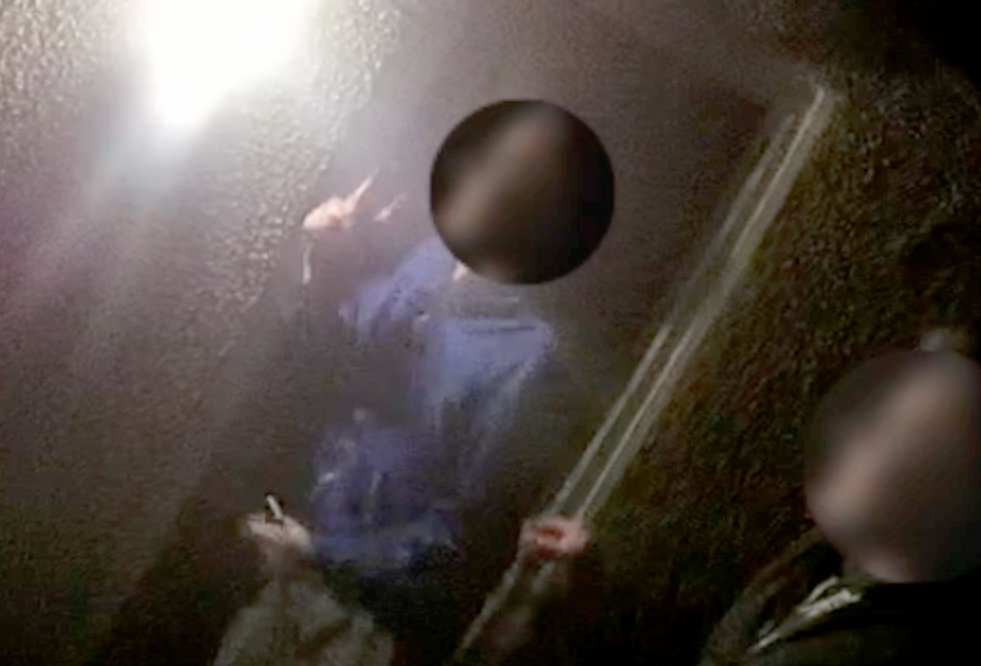 Bodycam footage shows the PCs knocking on Jan Olav Kvaerneng-Stolp's door, where they can be heard asking to speak with him reasonably.

In a dramatic turn, he lunges towards them from his house, wielding the fearsome blade.

'PUT THE KNIFE DOWN'

The brave officer goes on to repeatedly yell: "Put the knife down now!"

Kvaerneng-Stolp continues to threaten the officers, making them retreat through the garden before PC Harrold subdues him with pepper spray.

Hannah was outstanding – she took complete control of the situation, and Justin composed himself and waited for the perfect opportunity to deploy PAVA spray. They were the perfect team.

PC Hannah said: "We tried knocking the front door with no response, so we went around to the back garden to try and explain we were there to help.

“We tried to talk to him through the door, and when he opened it I could see he was holding a large knife above his head and aggressively shouting at us. He lunged towards both of us, brandishing the knife.

“I could see his aggressive nature and had immediate concerns for our safety. I took a step back to create distance between us, but he came charging towards me with the knife."

PC Harrold added: "I was shocked, In training you prepare for situations like this, but you hope they never happen.

“We are trained to get away at the sight of a knife, so my immediate priority was to create distance. In the time Hannah was distracting him, I wanted her to come out of the contained garden so was shouting for her to come towards me.”

The pair have been praised by Dyfed Powys Police Chief Inspector Jolene Mann for their professionalism and bravery.

She said: “I watched the body worn footage and it is chilling. They had to act and think quickly, and swiftly brought the matter to a safe conclusion.

"I spoke to both officers after the incident, and they explained that at the time they just went into autopilot, however they were understandably frightened.

“In particular, Hannah was outstanding – she took complete control of the situation, and Justin composed himself and waited for the perfect opportunity to deploy PAVA spray. They were the perfect team."

Kvaerneng-Stolp, of Llanelli, was charged with affray and was sentenced to an 18 month community order and 200 hours of unpaid work at Swansea Crown Court on Tuesday, May 5.