Dominic Raab today announced the UK is imposing sanctions on Belarusian leader Alexander Lukashenko as he said the Government will not accept the results of August’s ‘rigged’ presidential election.

The Foreign Secretary said Britain is also imposing sanctions on other senior figures in Mr Lukashenko’s regime, including his son, Victor, and Igor Sergeenko, the head of the presidential administration.

The sanctions include a travel ban and asset freeze on eight individuals from the regime.

The move, part of a co-ordinated approach taken with Canada, comes amid continuing international condemnation of the controversial poll held in the summer. 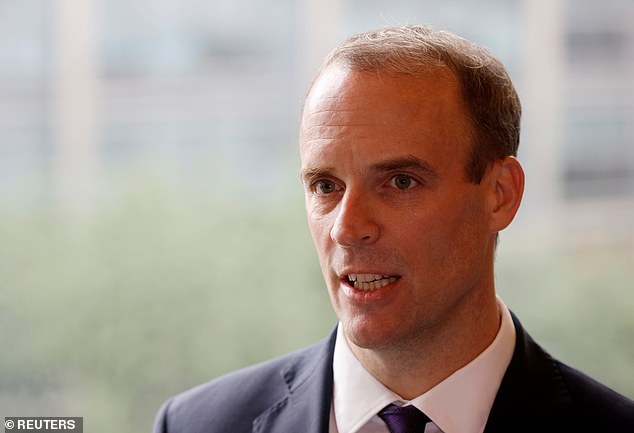 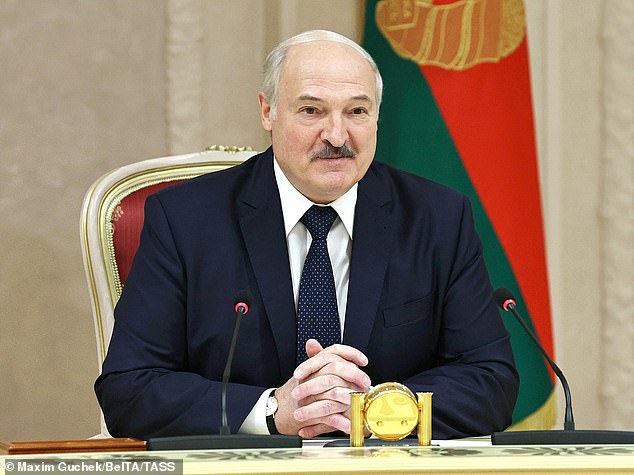 Mr Lukashenko secured a sixth term as the president of Belarus at an election held in August. Critics said the poll was ‘rigged’

Mr Lukashenko has ruled the ex-Soviet nation with an iron fist since 1994, repressing opposition figures and independent news organisations.

The official results of the August 9 election claimed the strongman leader had received 80 per cent of the vote, granting him a sixth term and prompting widespread protests from pro-democracy campaigners.

But Mr Lukashenko has rejected calls for the election to be re-run as his regime was condemned for alleged human rights abuses against protesters.

Announcing the sanctions, Mr Raab said: ‘Today the UK and Canada have sent a clear message by imposing sanctions against Alexander Lukashenko’s violent and fraudulent regime.

‘We don’t accept the results of this rigged election.

‘We will hold those responsible for the thuggery deployed against the Belarusian people to account and we will stand up for our values of democracy and human rights.’

Protests remain ongoing in Belarus as the president’s critics call for him to stand down.

Mr Raab said in the wake of the election that the UK did not accept the result as he hit out at the ‘violence used by the Belarusian authorities to suppress’ peaceful demonstrations that followed the vote.

The Foreign Secretary has previously called for an independent investigation to be carried out into the poll by the Organisation for Security and Co-operation in Europe (OSCE).

He said in a statement issued on August 17: ‘The world has watched with horror at the violence used by the Belarusian authorities to suppress the peaceful protests that followed this fraudulent presidential election. The UK does not accept the results.

‘We urgently need an independent investigation through the OSCE into the flaws that rendered the election unfair, as well as the grisly repression that followed.

‘The UK will work with our international partners to sanction those responsible, and hold the Belarusian authorities to account.’