Desperate vineyard owners have flown Romanian fruit pickers in to Italy by private jet in a bid to save their grape harvests.

One of the fruit pickers who was flown to the northern Italian town of Termeno said it was the first time they had been on a plane.

Italy’s vines have not stopped growing during the country’s long coronavirus lockdown, but without their usual foreign grape-pickers, winemakers are now fearing for their harvests. 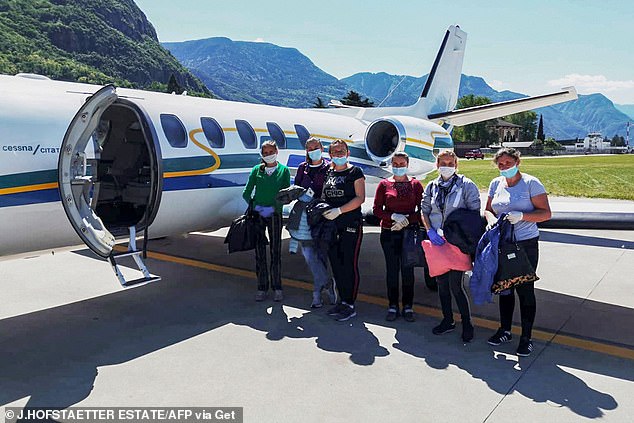 Every summer, tens of thousands of farm workers from Africa and Eastern Europe come to Italy to harvest fruit and vegetables.

The outbreak of coronavirus, which locked down Italy in early March, made it almost impossible for these vital foreign workers to come.

One South Tyrolean vintner in the northern province of Bolzano took matters into his own hands, renting a plane to fly in his team of long-time workers from Romania.

Martin Hofstaetter, whose vines are located around the picturesque town of Termeno, has relied for more than ten years on a team of female Romanian pickers. 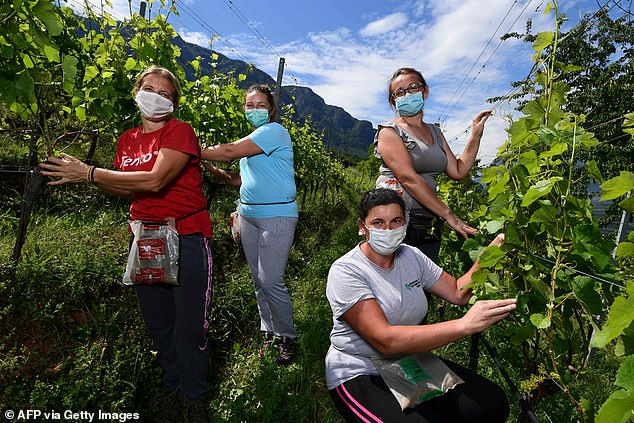 Every year, thousands of fruit pickers travel to Italy from Eastern Europe to harvest fruit and vegetables. This year, however, the coronavirus has made this almost impossible

Usually, they arrive in a small bus and stay for a few months. But this year, despite having the right to work in Italy, they were turned away at the Hungarian border.

Hofstaetter was quick to act, hiring a small plane to transport the women directly from Romania to Termeno at his own expense.

‘We had never been on a plane before. It was a great experience for us,’ Maria Codrea, from Calinesti in Romania, told AFPTV.

Codrea, 39, said she depended on the annual work in Italy.

Staying back in Romania ‘would have been hard,’ she said.

‘Even where we are, everything is closed, factories and everything.’ 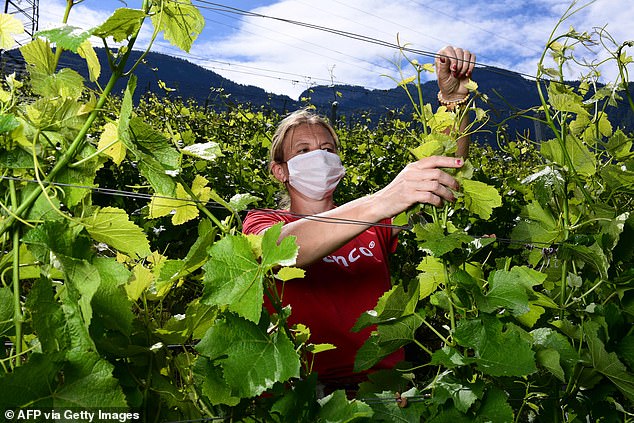 One of the fruit pickers who arrived in Italy said that they rely on this work every year, and that a summer of staying in Romania ‘would have been hard’ 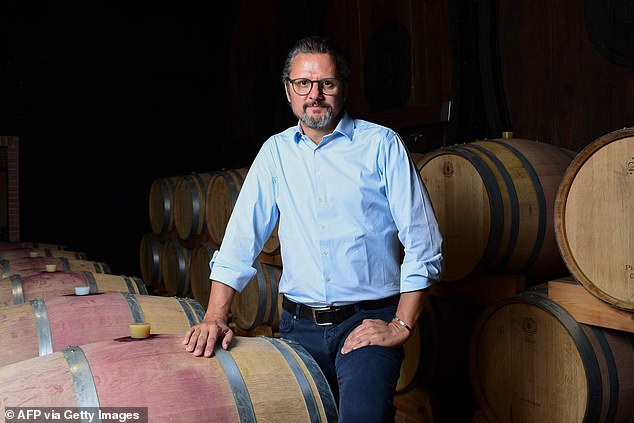 Pictured: Martin Hofstaetter, who grows wine at a vineyard near Termeno, Northern Italy, flew the fruit pickers to his vineyard on a private jet in a bid to save this year’s grape harvest

Codrea will stay until mid-July in Termeno with her team of seven other Romanian women before returning home. A second team of about 20 workers from Romania will arrive in Termeno at the end of August for the harvest.

Hofstaetter, whose wines include the famous white varieties of Italy’s northeast, said he might have been able to find Italian workers, ‘but now the Italians no longer want to work in the fields or vineyards.’

‘The Italians disappear after a few days’ of the back-breaking work, he added.

It was a shame that work in agriculture was not ‘more highly valued’, he said, but he was very happy with the skills and dedication of the Romanians, who had been picking for him for over 10 years.

Last week, the first group of about 100 foreign farm workers arrived in Italy from Morocco, their transport paid for by a farmers’ association in the eastern region of Abruzzo.

For Codrea, it is not difficult work among Hofstaetter’s family vines in the Adige Valley, with the sound of the birds, and views of the mountains and a nearby church steeple.

‘We’re used to the work. I like the work, I work with pleasure,’ she said. 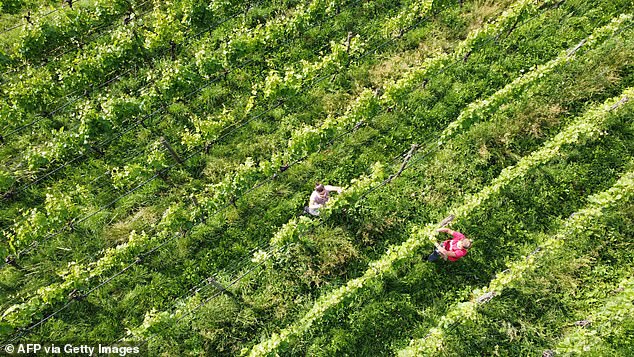 Hofstaetter said that ‘the Italians disappear after a few days’ of the back-breaking work, and that he is very happy with the skill and dedication of the Romanian workers he hires

Italy was hit particularly hard by coronavirus, and was the European epicentre of the disease in its early stages. It has since reported 231,732 cases of Covid-19 and 33,142 related deaths.

The country has been steadily easing its lockdown in recent weeks.

Hotels in Italy are set to reopen next week with reduced capacity and a two-metre distance policy, with restaurants and bars having already reopened on May 18 with tables being spaced two metres apart.

Flights in and out of Italy are set to resume from June 3 when travel between regions will also be permitted. Quarantine is also set to be lifted on June 3.

However, the Italian government’s website says that movements may still be restricted in specific regions depending on the individual risk of the virus spreading further.