The chaos and destruction can be seen on video and was meant as a show of solidarity with protesters in Portland and Seattle, according to officials and police sources.

Video of the night’s unrest shows vandals defacing a trio of marked NYPD vans, tagging them with graffiti, slashing their tires and attempting to smash in their windows with a signpost and the wheel of a bicycle.

Another segment of the video shows four demonstrators jumping atop a marked department SUV, one of them holding an inverted American flag with the message “F–k NYPD” scrawled across it in black.

A few hundred demonstrators assembled at Rivington and Ludlow streets on the Lower East Side, and from there marched towards One Police Plaza, sowing chaos along the way, sources said.

As the night wound on, fires were lit in several street-corner garbage cans, part of a surreal scene that played out as protesters, cops and everyday New Yorkers dining out at restaurants’ outdoor patios crossed paths.

“F–k you, pigs!” one demonstrator could be heard screaming at lines of riot gear-equipped cops in one moment captured on video.

Tensions came to a head near Confucius Plaza in Chinatown, where cops played a recorded order to disperse.

“If you leave voluntarily, no charges will be placed against you,” the recording said. “If you refuse to leave, you will be arrested for unlawful assembly.” 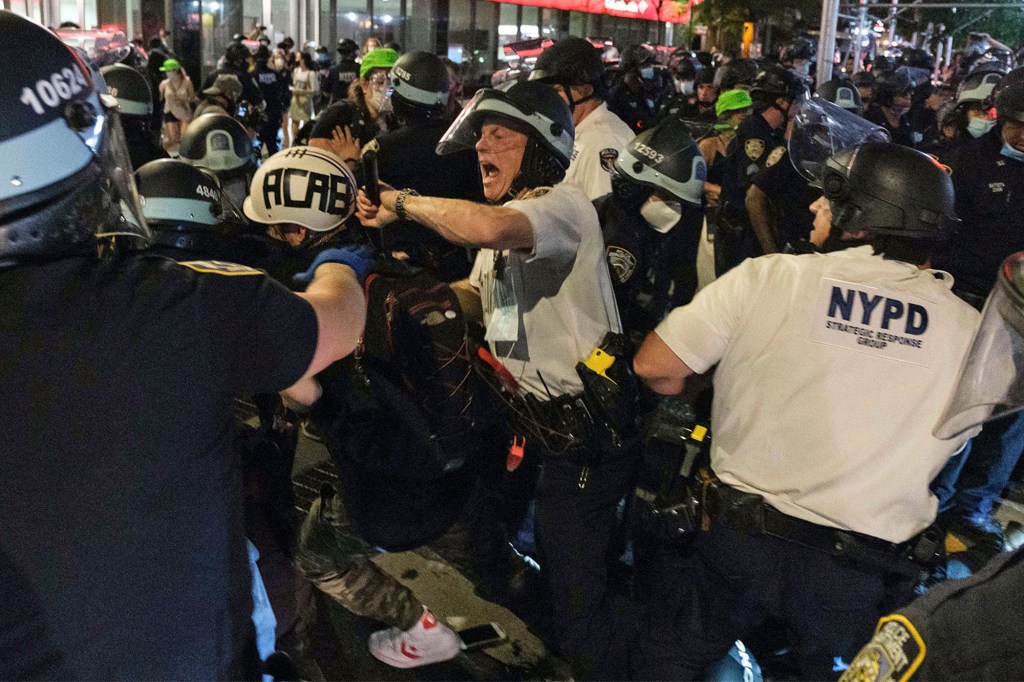 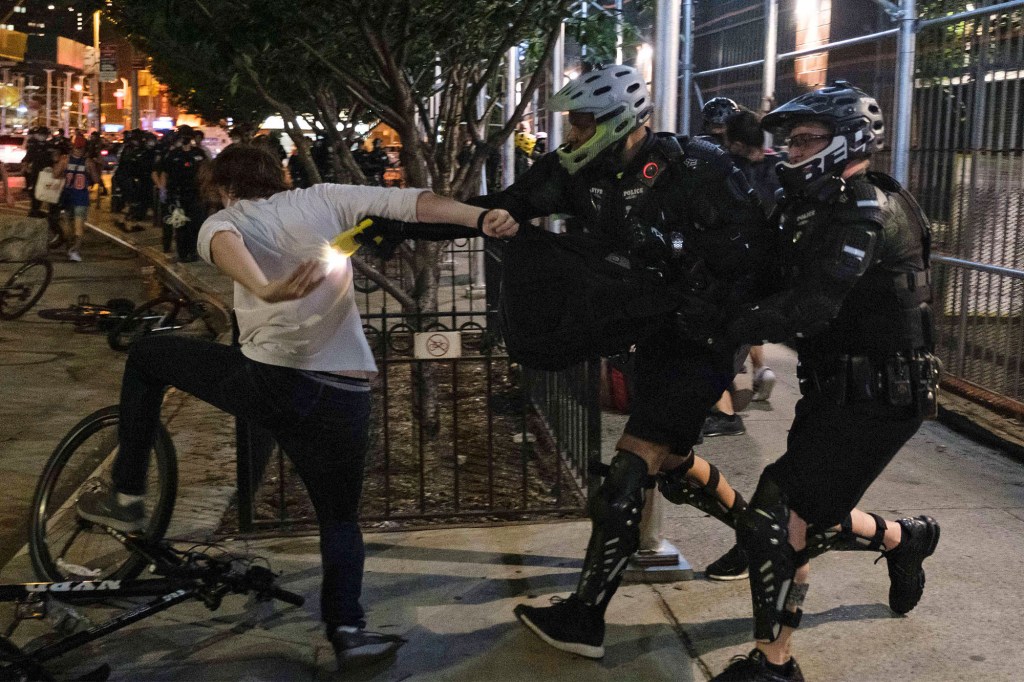 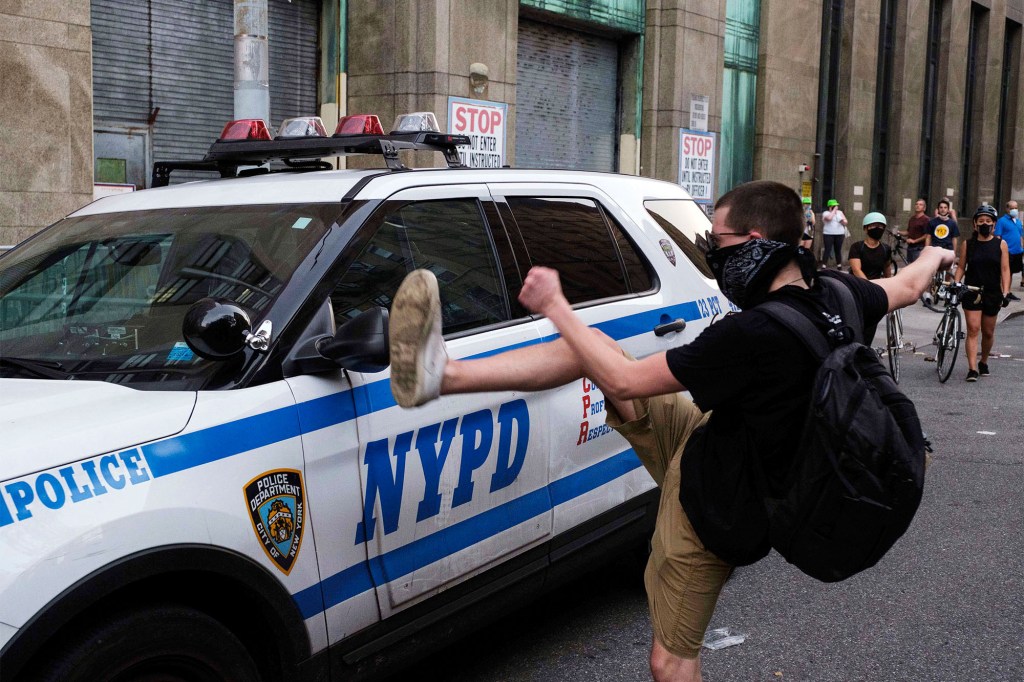 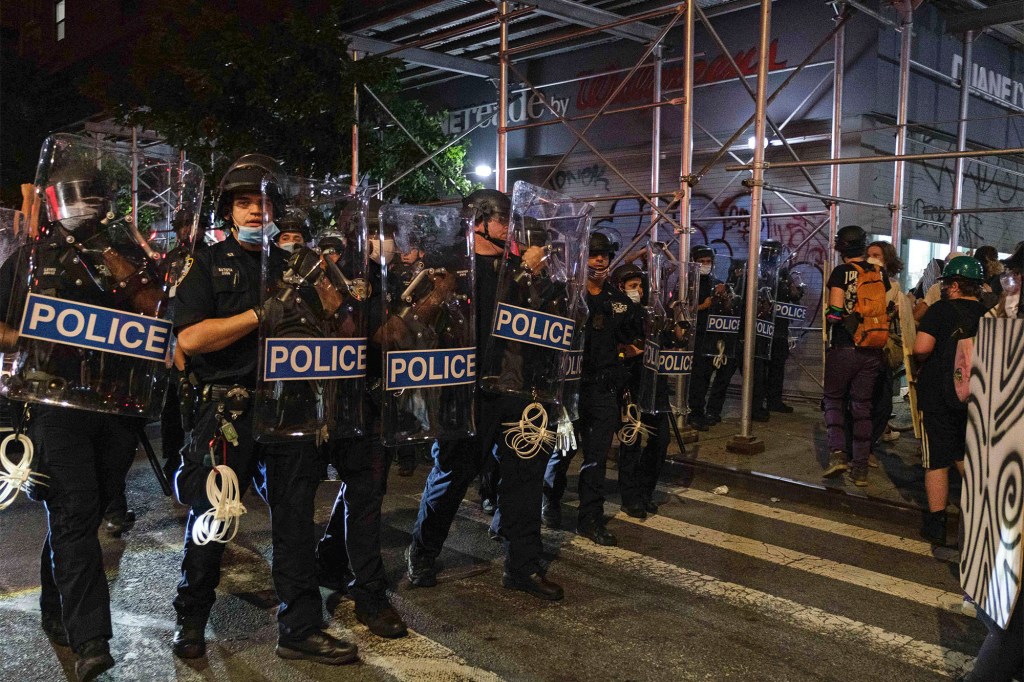 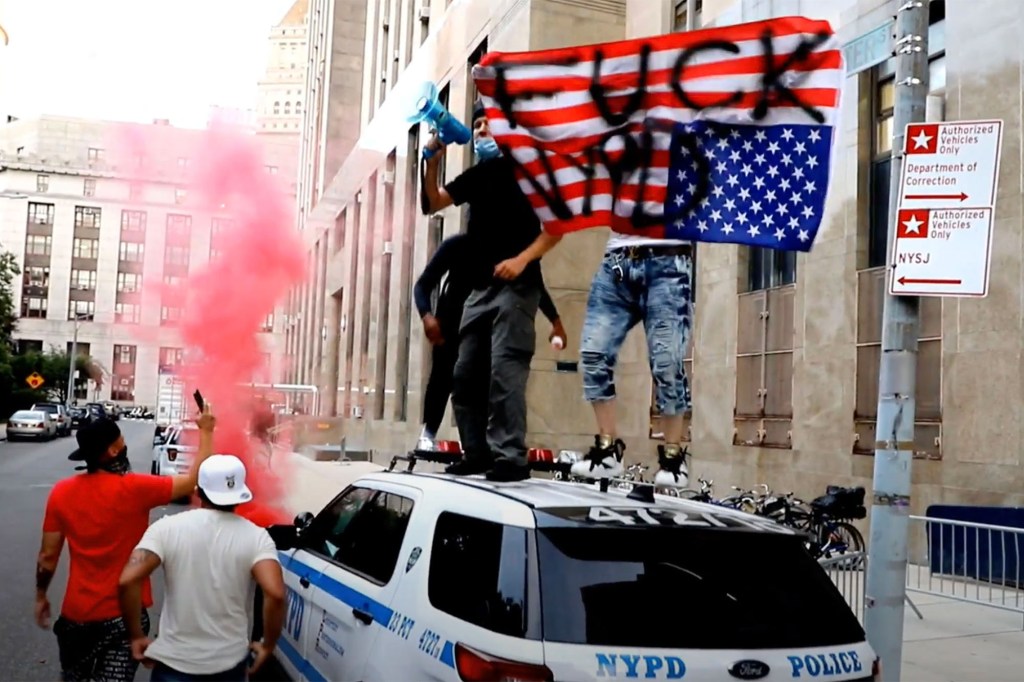 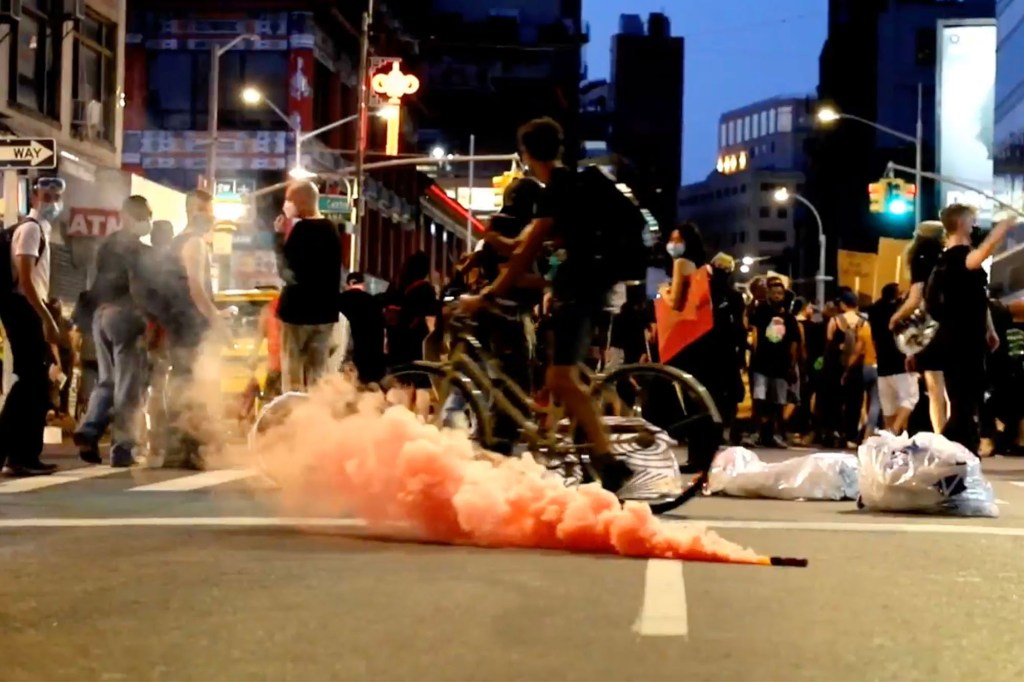