A KENTUCKY man shot and killed his two sons, ages 8 and 13, before killing his wife and shooting himself, after claiming his wife was cheating on him.

Kyle Milliken, 41, killed his 35-year-old wife Ashley and their sons, Kjae, 13, and Kycohn, 8, in the middle of the morning Sunday, just hours after posting to Facebook to vent about his supposedly troubled marriage. 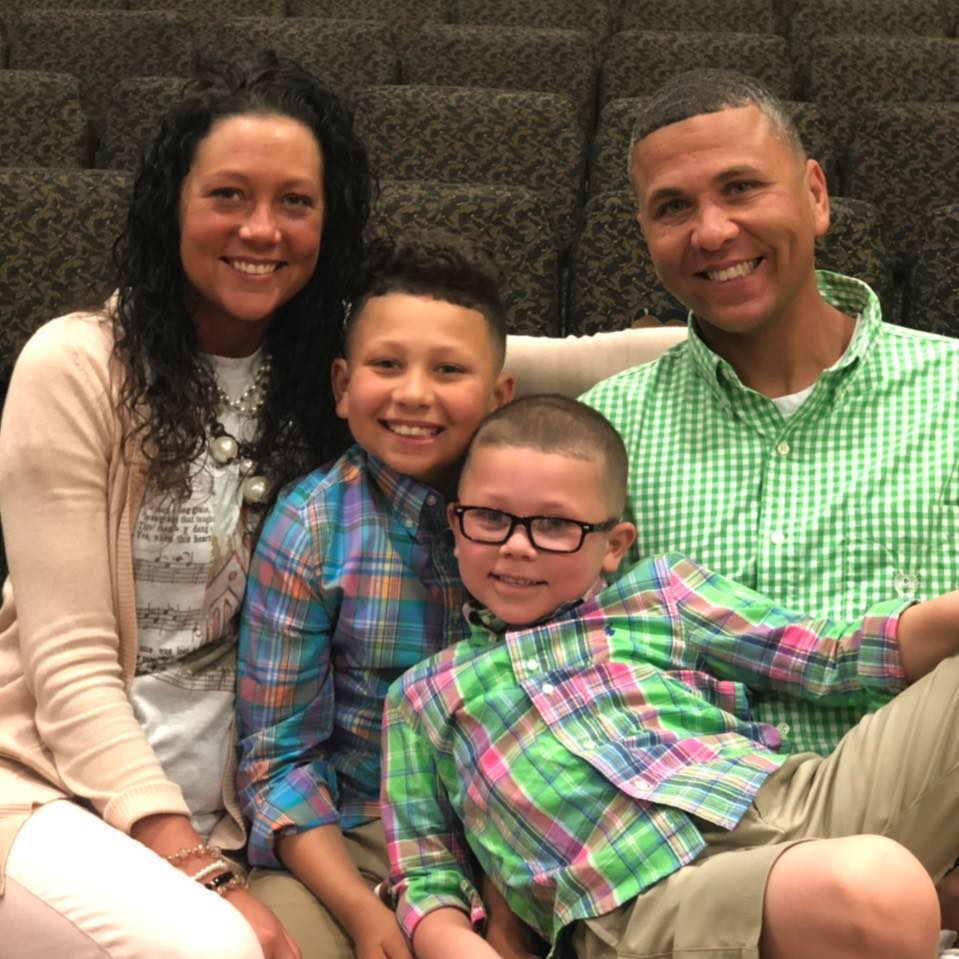 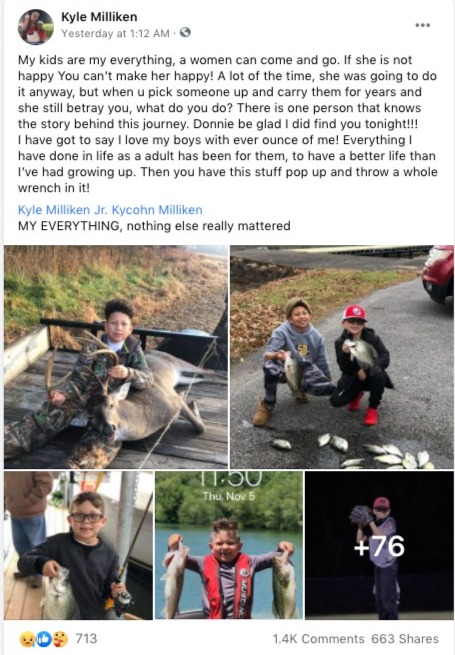 "My kids are my everything, a women [sic] can come and go," he posted on Facebook at 1:12 AM Sunday. "If she is not happy You can’t make her happy!"

"A lot of the time, she was going to do it anyway, but when u [sic] pick someone up and carry them for years and she still betray you, what do you do? There is one person that knows the story behind this journey," he continued.

"I have got to say I love my boys with every ounce of me! Everything I have done in life as a adult has been for them, to have a better life than I’ve had growing up," he ended. "Then you have this stuff pop up and throw a whole wrench in it!"

After writing the paragraph, he ended by referring to his two sons by name before adding, "MY EVERYTHING, nothing else really mattered." 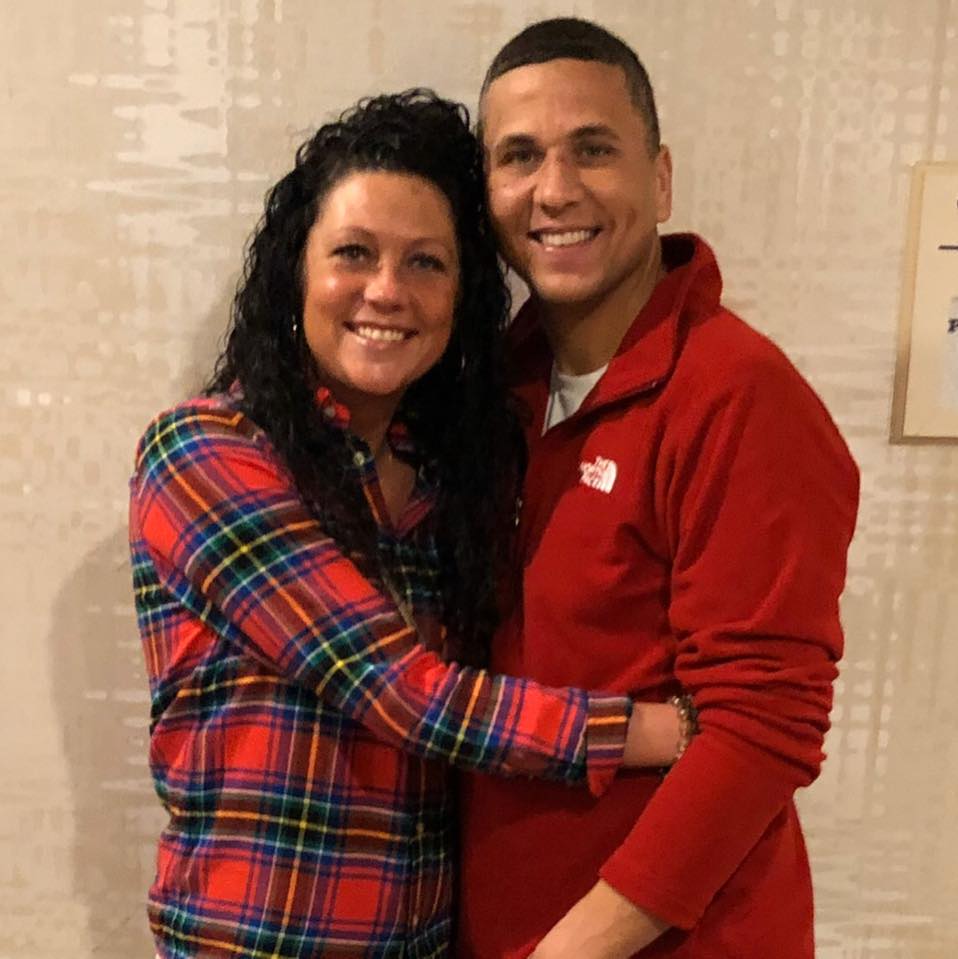 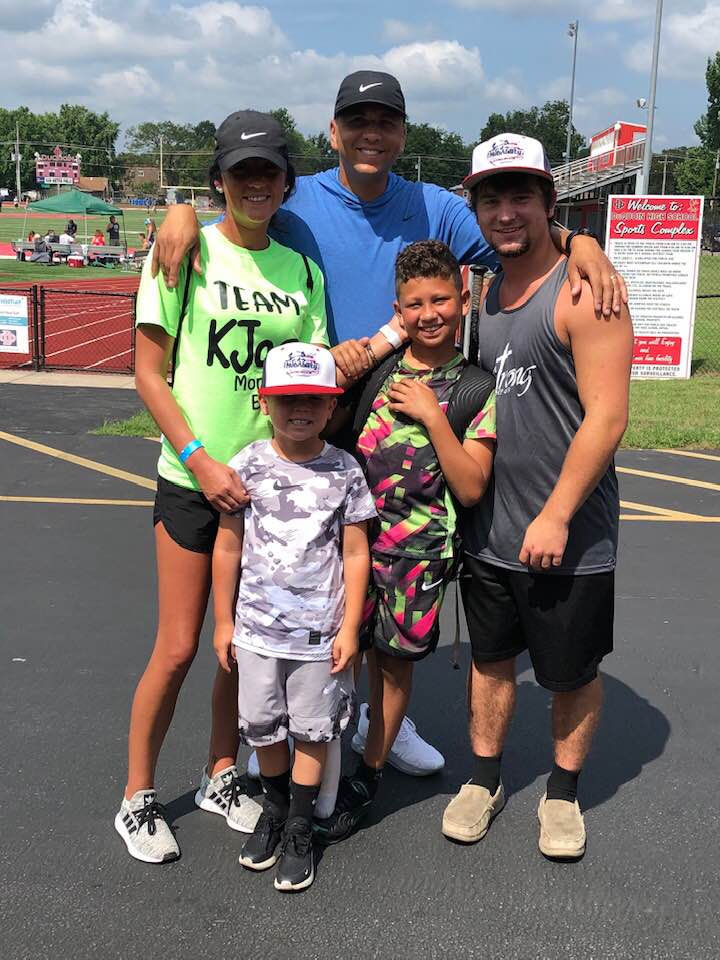 Attached to the post were 80 photos showing his two boys in what he said were their favorite activities: playing baseball, hunting, and fishing.

Seven hours later, the Kentucky State Police discovered the dead bodies of the Milliken family in their Mayfield home.

The act shocked the Mayfield community, with their family pastor, Chad Lamb of Grace Life Church, recalling wonderful memories of the Millikens.

"I'm still in shock," Lamb said. "It's just heartbreaking for the community."

"It's a well-known family, well-respected family on both sides of their families that they come from," Lamb continued. "Our community is just grieving right now."

"We need to be unified in our relationship with the Lord," Lamb concluded. "We need to love one another. We need to help one another. And we need to understand that we never know what people are going through."

Their bodies will be sent to the Medical Examiner's Office for an autopsy. The Kentucky State Police said there was no danger to the public.

If you or someone you know is affected by any of the issues raised in this story, call the National Suicide Prevention Lifeline at 800-273-TALK (8255) or text Crisis Text Line at 741741.