A couple who drove 300 miles for a ‘mini break’ amid the coronavirus lockdown have been fined and had their car seized after being caught sleeping inside.

Enforcement action was taken after a police officer found the pair flouting government guidance while on patrol in Falmouth, Cornwall.

The two of them had travelled all the way from Kent without insurance and a driving licence. 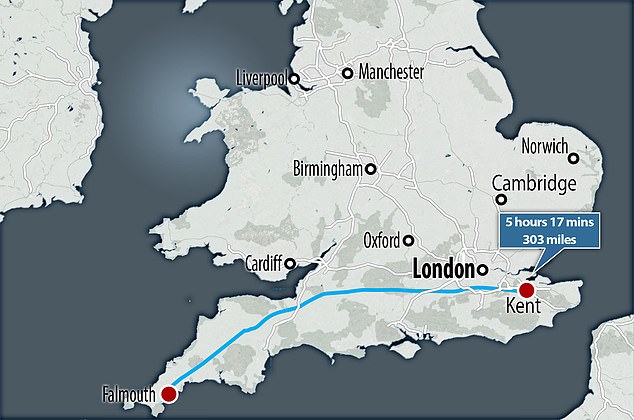 A couple drove 300 miles, pictured, from Kent to Falmouth, Cornwall, for a ‘mini break’ but their car

The probation officer who came across them, under her Twitter name of The Hungry Copper, shared the incident on social media in a post which has been liked and retweeted hundreds of times.

She wrote: ‘Found 2 people sleeping in a car in #Falmouth Checked their details & both live in #Kent & had driven down for a mini break.

‘But driver had No Insurance & No Driving Licence! Car seized & 2 #FixedPenaltyNotices issued for Breaching the #Covid_19 #lockdown #restrictions #StayHome’

People have since rushed to praise the officer’s actions, including Devon and Cornwall Police’s Supt Adrian Leisk, who wrote that he ‘struggles to comprehend the selfishness’ of people in such cases.

He added: ‘Important message for those still thinking it’s a good idea to ignore the Government guidance; you will be fined, you will be turned around (and in this case we’ll seize your car) good work Emma.’

Other users described the incident as ‘remarkable’ and said it was ‘selfishness at its worst and policing at its best’, while others questioned how the couple would get back home to Kent without their vehicle. 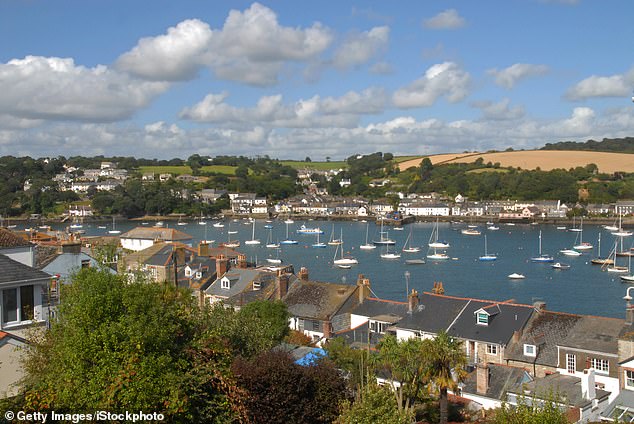 The couple were found in their car in the seaside town of Falmouth, pictured, in Cornwall

Police were given new powers last month to issue fines to those ignoring rules to stay at home.

The force in Devon and Cornwall issued 296 penalties between April 10 and April 20, with the vast majority of those being for undertaking non-essential journeys.

Assistant Chief Constable Glen Mayhew said earlier this week: ‘By now, everyone should know what their responsibility is in the battle against coronavirus; keep staying at home, try to stay local when exercising and only undertake essential travel. This will help us protect the NHS and ultimately, to save lives.

‘There is no room for complacency and we must all keep adhering to the government advice.

‘The majority of people are continuing to play their part in reducing the spread of Covid-19 and to them that I say thank you, your role in this should not be underestimated.

‘There has been much discussion around the legislation and what it does and doesn’t specifically prohibit.

‘It’s important to remember that a key factor is if a person’s actions are reasonable or not, and this is why our officers will continue to have conversations with those they stop and will make individual judgements based on specific circumstances presented to them.’