The Department of Health confirmed 40,261 have now passed away across all settings in the UK, including care homes, hospitals and the wider community.

This comes as Matt Hancock urged Brits not to take part in Black Lives Matter protests this weekend.

The Health Secretary said only groups of up to six people can meet outdoors while observing social distancing of two metres.

On Wednesday, thousands of people took part in a protest in London's Hyde Park after the death of George Floyd in the US.

Speaking at last night's daily press briefing, Mr Hancock said: "Like so many I am appalled by the death of George Floyd and I understand why people are deeply upset but we are still facing a health crisis and coronavirus remains a real threat.

"The reason that it is vital that people stick to the rules this weekend is to protect themselves and their family from this horrific disease.

"So please, for the safety of your loved ones, do not attend large gatherings including demonstrations of more than six people."

Follow our live blog below for all the latest news and updates. 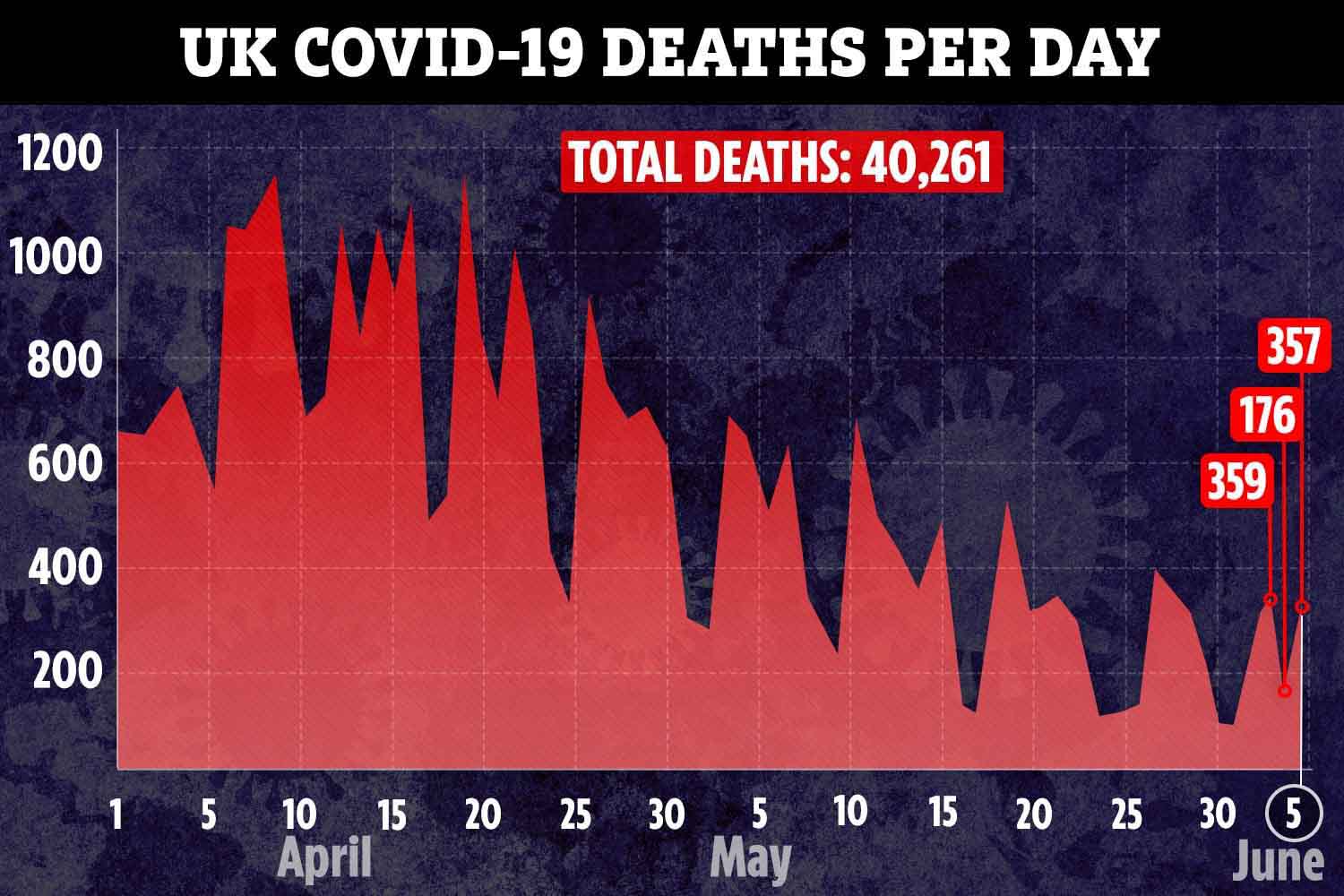